Tonight I talked to James and Katie Allen about how they got from civil engineering, software developing, and graphic design, to finding each other again and farming together in the Cotswolds, and the many challenges they've overcome along the way.

EAT FARM NOW: FOR ALL THE BEST FARMING & FOOD RELATED PODCASTS, VIDEOS, AND BLOGS, FROM ALL AROUND THE WORLD, PLEASE VISIT www.eatfarmnow.com - and if you want to get your content onto the site, or if you want to get involved as a partner or sponsor contact me at [email protected]...
News
Continue…

Live export company Emanuel Exports has been charged with breaching animal welfare laws in a deadly shipment that was filmed by whistleblowers and led to a federal crackdown on the export of live sheep to the Middle East.

In an unprecedented move, the decision by the former Secretary of State for the Environment to ban metaldehyde slug pellet products has been declared unlawful.

In December, Defra ruled to withdraw all products containing metaldehyde with immediate effect.

However, the High Court has approved an order, agreed this week by the company that’s challenged the legality of the ban, that formally overturns that.

“Metaldehyde is back on the market and we’ve reverted to where we were eight months ago,” confirmed Philip Tavener of Chiltern Farm Chemicals who took the legal action to bring Michael Gove’s decision before the High Court.

Following The Supreme Court’s decision today to rule in favour of Frank Smart & Sons Ltd regarding VAT repayment on the purchase of farm entitlement to CAP subsidy, HMRC will find it more difficult to restrict VAT recovery

Frank Smart & Sons Ltd, a family owned farming company in Aberdeenshire today won its case against HMRC regarding the claim for the repayment of VAT on the purchase of 34,477 units of Single Farm Payment Entitlements.

HMRC refused the claim on the grounds that there was a direct link between the purchase of the entitlements and the receipt of subsidy. As the subsidy was outside the scope of VAT the claim for VAT repayment failed the test that...
News
Continue…

A new campaign has been launched today (July 31) at the UK’s border to help keep the deadly pig disease African Swine Fever (ASF) out of the country.

Although the disease poses no threat to human health, it is fatal for pigs and has already spread widely across Asia and parts of Central and Eastern Europe. Cases have also been reported throughout Sub-Saharan Africa.

So far, ASF has led to the deaths of over 800,000 pigs and wild boar in Europe and an estimated four million pigs in Asia, causing global pork prices to rise.

If the disease was found in the UK, it could have a devastating impact on the British commercial pig stock of five million pigs, as well as...
News
Continue…

Carter Jonas Reacts to the Prime Minister’s Visit to Wales

Carter Jonas, the national property consultancy, has reacted to the Prime Minister’s visit to Wales today to meet with rural communities and discuss the impact of Brexit on agriculture. The company’s rural division advises farmers and landowners across England and Wales.

Mark Charter, partner, Carter Jonas, said: “It is significant that Boris Johnson has made early visits to both Wales and Scotland, as he is tackling the two most contentious areas facing him from an agricultural context head on. A no deal Brexit will have far reaching consequences for the farming industry, but certain sectors will be more affected than others.

“The lamb industry, which is...
News
Continue…

Contact for more information and a chat.
Jobs
Continue…

… we have a small favour to ask. More people are reading the Guardian than ever but advertising revenues across the media are falling fast. And unlike many news organisations, we haven’t put up a paywall – we want to keep our journalism as open as we can. So you can see why we need to ask for your help. The Guardian’s independent, investigative journalism takes a lot of time, money and hard work to produce. But we do it because we...
News
Continue…

Monitor Farmer, Martin Williams speaks to AHDB's Market Intelligence Analyst, Peter Collier in an open discussion about his role at the AHDB, his thoughts on exports and the global market. 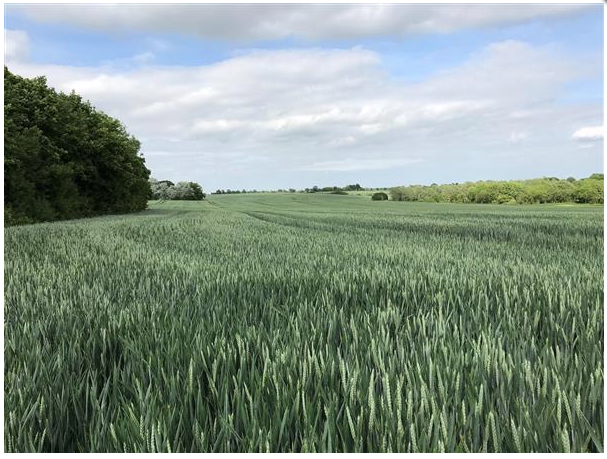 Description
The land totals approx. 104.19 acres (42.16 hectares) and comprises 4 arable fields, 2 areas of woodland, and a recently formed area of yard/hardstanding.
The arable area extends to a total of about 98.68 acres (39.93 hectares) which is all registered on the RPA as eligible for Basic Payments.
The land is undulating, falling towards 2 water courses running northwards to discharge into the River Stour.
The land is designated by DEFRA as Grade 3. Soils are of the Wix Association suggesting deep permeable coarse loamy soil, ideally suited for the production of cereals, sugar beet and other arable crops as well as...
Property
Continue…

Tractor sales for the first half of 2019 are down by 5% from the previous year but fell by a sharp 13% in the month of June. Tractor sales are a traditional indicator of farmers’ confidence to invest in their businesses. The Agricultural Engineers’ Association (AEA) reports that 6,198 units of 50 horsepower and above […]

An ideal opportunity to acquire a very substantial block of productive versatile farmland.

Find out more about this agricultural property here

From DEFRA: Introduction of the Agriculture Bill is an historic moment as we leave the EU and move towards a brighter future for farming, giving us an opportunity to deliver a green brexit.
Farm TV
Continue…

Video: New Q5M! How to attatch Quicke Companion to Fendt 516

We have made an edit showing how to attach the loader to our Fendt 516 ProfiPlus. The difference to this loader on the attaching is basically just the Q Companion wiring.
Farm TV
Continue…

Ok I’m posting this for a neighbor who is not on here.he wants advert to read,
Tractor driver required for carting onions and potatoes in the bury area.long hours to be done when requested including weekend work.rate of pay to match experience.for more details please call Tim on 07736830473.thank you
Jobs
Continue…

The OTS review could result in a number of revisions to IHT, with both positive and negative impacts for farms, says head of rural services Andrew Vickery. “There are two proposals in particular which could have quite an impact upon farms and rural businesses, should the Treasury decide to implement them.”

The first proposal would be fairly positive as it involves possibly aligning the IHT treatment of furnished holiday lets with that of Income Tax and Capital Gains Tax...
News
Continue…