Bovine Viral Diarrhoea (BVD) virus is one of the most important viral infections of cattle. The virus infects cattle of all age groups, including the unborn calf.​

BVD can cause devastating losses in individual herds.
The cost: £40–60m to the national herd in health and productivity loss (Bennett R. 2005).
Three vaccines for BVD virus (BVDV) were marketed in the UK:
Inactivated BVDV is also a component of three vaccines that target pneumonia: Bovalto Respi 4, Rispoval 3 and Rispoval 4. These are targeted mainly at stock under one year of age. These combination vaccines have not been included in the estimated uptake of BVD vaccines but are instead included in the estimated uptake of vaccines targeted at calf pneumonia.

BVD vaccine uptake has been steady, with an estimated 42–45% of breeding cattle vaccinated each year over the past decade (48% in 2014). This is a conservative estimate as it is likely that a proportion of female cattle aged between one and two years of age are destined for slaughter rather than breeding and are unlikely to be vaccinated for BVD. 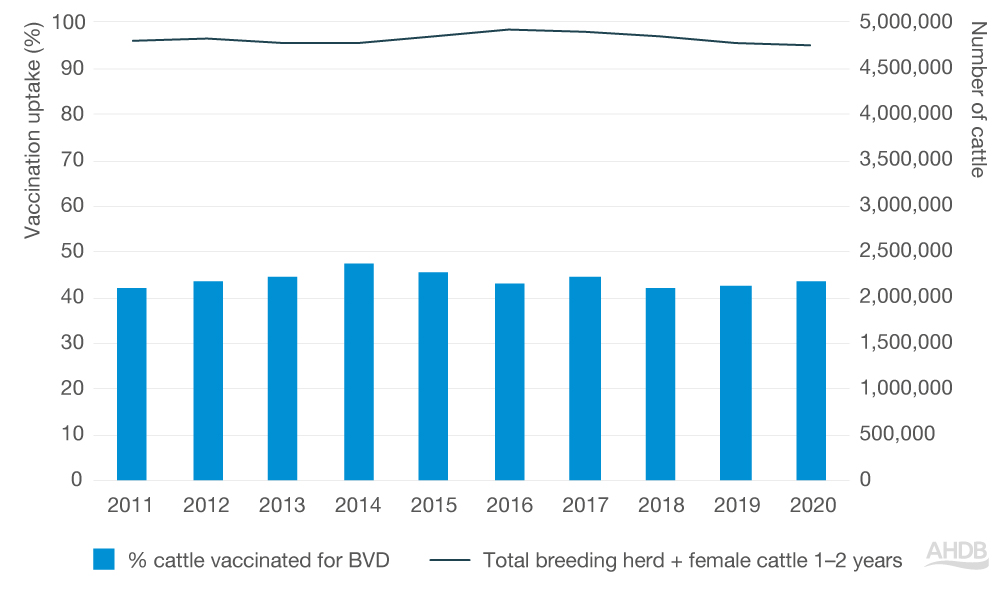