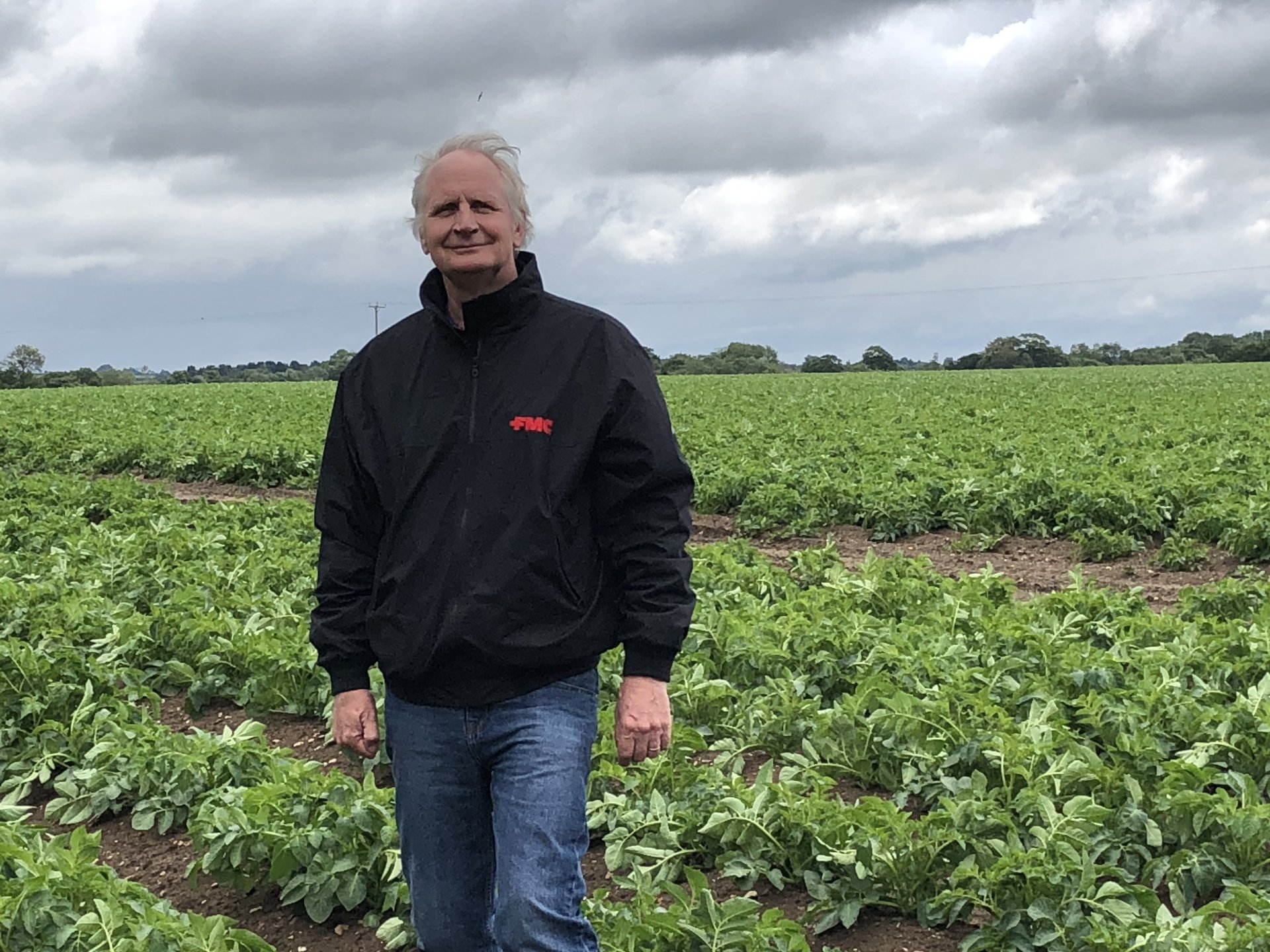 The broad spectrum broadleaved herbicide, which can be used on all soil types and potato varieties (including ware and seed crops) is “highly effective when used either alone or in in a mix with other residual herbicides when applied just prior to crop emergence. Shark is particularly effective on a wide range of broadleaved weeds, notably polygonum species, cleavers, annual nettle and speedwells up to the young plant stage when applied at 0.33L/ha rate, with excellent activity being observed within 2-3 days following application.” Jeff adds.

Rainfast after one hour of application, it is recommended that Shark is applied at 5-10% emergence (5% emergence on early varieties and 10% emergence on maincrop varieties) but operators should be cautious when it comes to timings – Jeff warns “While application at 5-10% emergence is attractive in terms of timing flexibility, it is best to use the product as soon as the weed flush has developed and not risk applying too late, crops are moving very quickly around this time and late applications can knock them.”

Trials conducted by FMC and AHDB have proved that Shark is extremely crop safe when applied at the correct timing. However, if application is delayed onto emerged potato plants greater than the previously mentioned timings, necrotic spotting will occur, which will be quickly outgrown leading to no long-term effects on vigour or yield.

For the most effective results, Shark should be applied in a minimum of 200L/ha of water using a fine/medium quality. Spray when the weeds are actively growing and if grassweeds are present Shark can be tank-mixed with glyphosate, or any other potato residual herbicide, to give the broadest spectrum of activity. 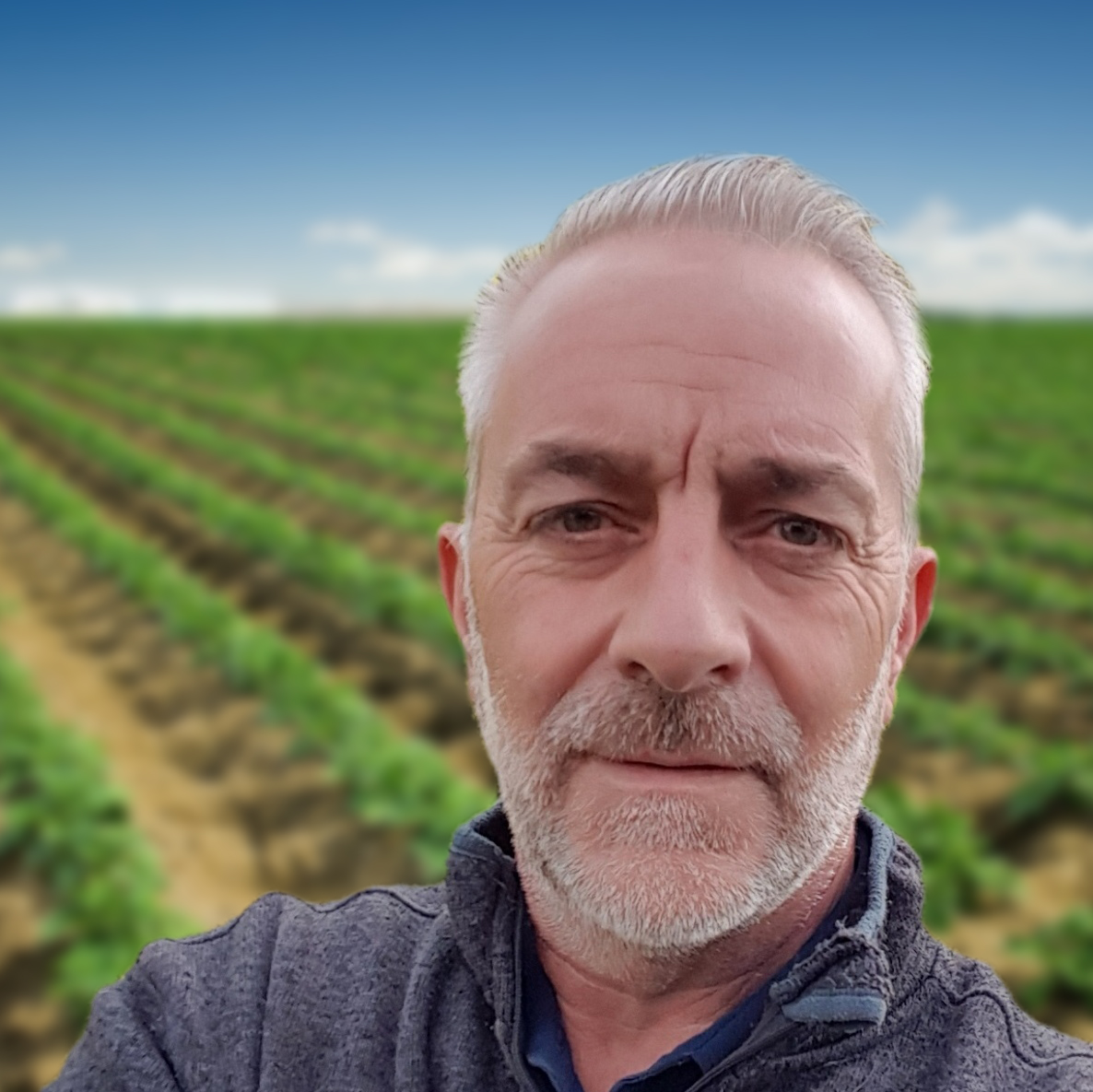 "We're often up against unknowns when dealing with management of new land, in terms of weed burdens among other factors, so beginning with clean land is important. Shark has been a reliable diquat replacement for my customers, and we've seen good results from well-timed applications, with the crop coming back strongly even when 5-10% has emerged, so there is a fair window of application, much like there was with diquat, and we can make a late hit to ensure a clean crop start.

"While it doesn't have any grassweed activity as such, it picks up on those weeds that residual chemistry is a bit weaker on, and gives us a good, clean start to the crop, helping it to get away strongly. And if the weed burden is low, there is scope to tweak the rate a little, perhaps reducing it to 0.3 or even 0.25 litres/ha if dealing with only small weeds, which is often the case.

"Potato land rents aren't cheap, so it's important to invest what's necessary to get maximum yields. Add a residual such as Artist (flufenacet + metribuzin) or Praxim (metobromuron), plus perhaps Defy (prosulfocarb), for the addition of grassweed and further broadleaved weed control, and we have a good belt-and-braces approach for a clean start to the crop."

Non-Cropped Land
A further opportunity to apply Shark onto non cropped land prior to planting is also a tried and tested method of tidying up both grass and broadleaved weeds, allowing for a clean start.

Jeff mentions that mixing Shark with glyphosate allows growers to get on top of difficult weeds that glyphosate does not control when used alone. He states that there is real improvement in the control of annual nettle, cranesbill and willowherbs with the mix and can allow for lower rates of glyphosate to be used. A one-month interval following application exists when using this mix prior to planting a crop but as Jeff notes, this is not an issue in most situations.