A record number of people descended on Berry Holme Farm for the Holstein Premier Herd Open Day on Thursday, July 22.

The event, hosted by Holstein UK, gave members and Holstein enthusiasts the opportunity to view the award-winning Berryholme herd which was crowned the winner of the Premier Herd Competition in 2019.

The Wright family have been farming at Berry Holme Farm since 1919 and registered their first Friesian in 1965.

David, who manages the farm, joined the team full-time in the early 2000s and is now the fourth-generation to farm at Berryholme.

The 140-cow milking herd (plus followers) is nationally recognised for exceptional breeding, confirmation, production and their extremely high standard of health and welfare.

Having won the Premier Herd award in their centenary year, the family were delighted to welcome guests for the open day near Kendal, supported by many of Berryholme’s suppliers who sponsored the event. 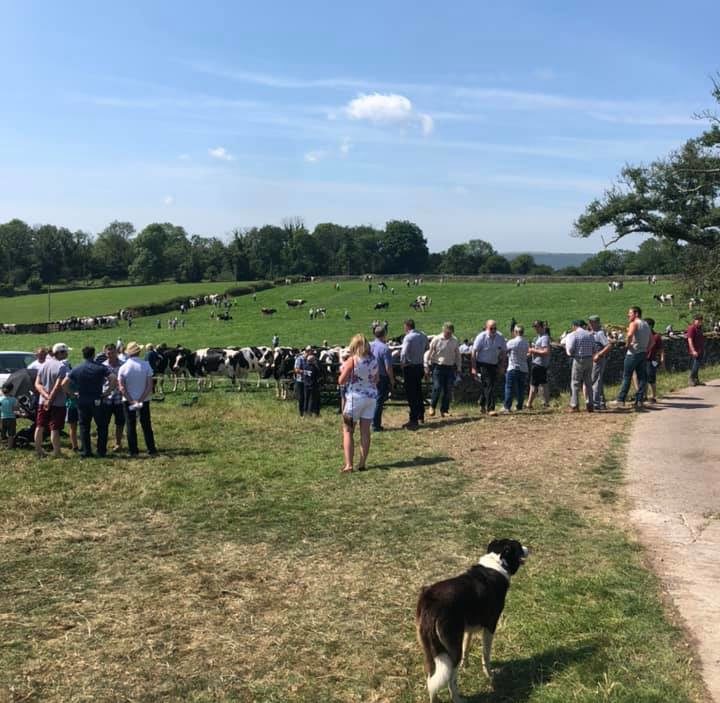 Visitors were greeted by panoramic views, glorious sunshine and a warm welcome from David, his wife Naomi and his father Francis.

Holstein UK president John Jamieson and head of breed development Meurig James also welcomed everyone, commenting on the outstanding quality of the herd and how hard David and his team had worked to make the event come together.

Jamieson said: “When you turn into the driveway, you think you’ve landed in God’s country and if we ever wondered what Holstein cows would look like in heaven then what we see today at Berryholme is the perfect example.”

David’s speech paid tribute to Francis and his right-hand-man Thomas Atkinson who have worked so hard over a lifetime to make the herd what it is today.

The highly anticipated Best of Berryholme Sale took place during the afternoon and received competition from across the UK and Ireland with bidders both ringside and online. 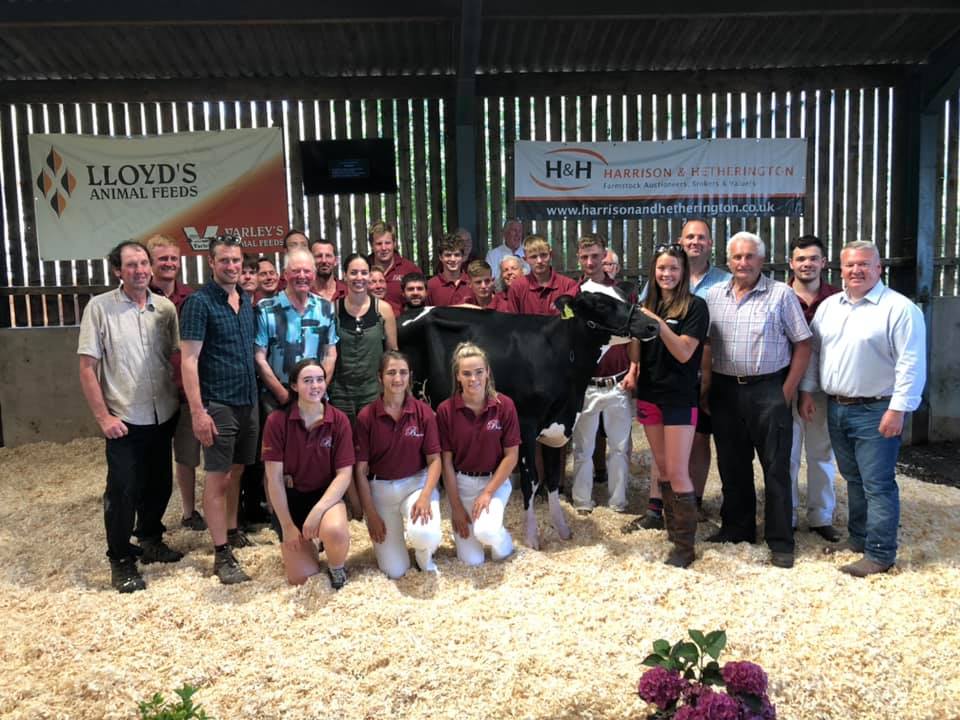 The sale was conducted by Harrison and Hetherington with Lead Auctioneer Glyn Lucas commenting: “It was fantastic to see a huge crowd of over 1,000 Holstein breeders and enthusiasts come together to celebrate the day with the Wright family. Thirty-five animals had been carefully selected with all the most prolific breeding lines represented in an impressive catalogue.

The trade topped at 27,000gns for a close to perfect yearling heifer from the Flo cow family, milking cows topped at 10,000gns for a young three-year-old cow. The sale averaged almost £6,000 with 40% of the females selling for £5000 or more.

Holstein UK chief executive Sue Cope commented: “On behalf of Holstein UK, I would like to thank David and his team for hosting such a fantastic event. The quality of the cows was outstanding and it was a pleasure to attend such a fantastic Open Day in the most picturesque of locations.

“It was a wonderful day of celebration for the Holstein breed and I would like to congratulate the Wright family who have really proven what the combination of great genetics and milk production can look like.

“My thanks must also go to the sponsors who helped to make the day possible as their support is invaluable and greatly appreciated.”