A man and a woman were arrested after a dispute broke out at a Limousin cattle sale at Borderway Mart in Carlisle.

Police in Cumbria were called out to the dispute which occurred at around 8:50 last Thursday evening (May 6).

A Cumbria Police spokesperson said: “A 61-year-old male, from Sheffield, sustained a slight injury to his head.

“A 53-year-old male from Shropshire was arrested for assault and later cautioned for the offence.

“Also, a 57-year-old female from Shropshire was arrested for public order offence and also cautioned.”


Despite the incident, the mart sale held the following day in Carlisle saw a great trade with prices topping out at 50,000gns.

Across the board, bulls averaged approximately £8,300/head alongside an “outstanding” clearance rate of 84%, according to organisers.

19 of the top-class bulls on offer achieved five figures, with five of these exceeding the 20,000gns mark.

Females were also in great demand with a peak of 12,000gns and a clearance rate of 88%.

The bull that fetched the 50,000gns price was Everpark Partylight from first time vendors, J and T Waring from Everingham, York.

After being placed first in his class by judge Archie MacGregor of the Allanfauld herd, he was later crowned Intermediate Champion. 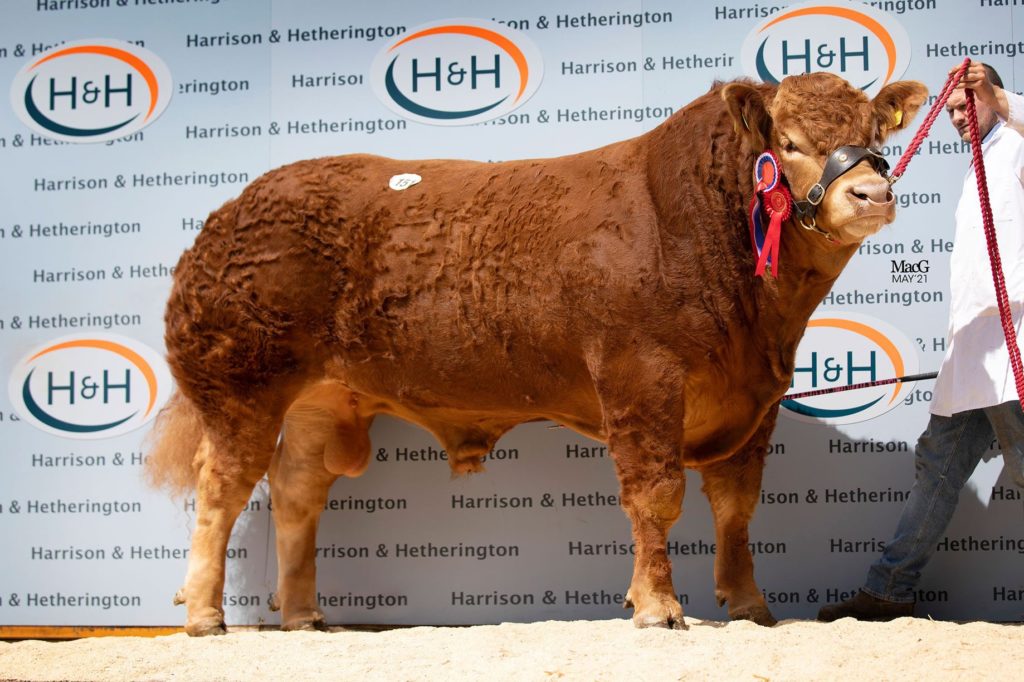 This September-2019 born embryo calf is a son of Millington Highlight, who was purchased with a calf-at-foot at the Millington dispersal sale. The father of this sought-after bull was the well-known 38,000gns sire, Ampertaine Foreman.

Partylight caught the eye of two breeders, DE Evans and FC Tomlinson & Sons who joined forces to purchase this bull.

The sale also saw a fierce interest for the trade of females at Borderway Mart.

Topping the trade at 12,000gns was Huntershall Retha who made the short trip from Southerfield, Wigton with breeder, Steven Nixon. 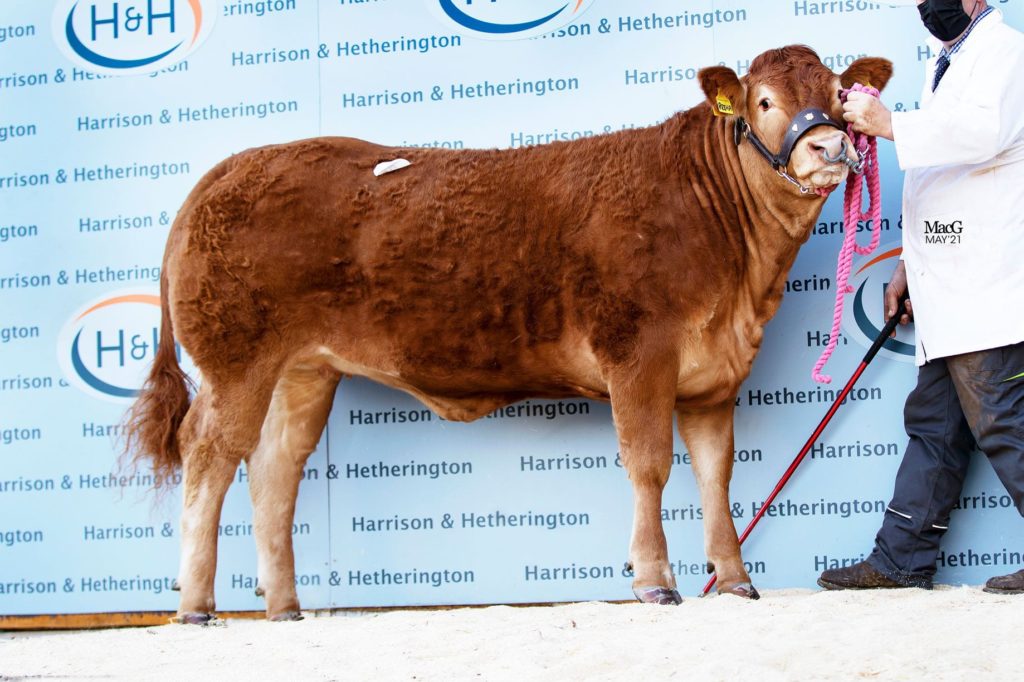 Being a daughter of Gunnerfleet Hicks and out of the successful breeding dam Allanfauld Jolene, this 16 month-old female is a carrier of both the F94L and the Q204X myostatin.

She was snapped up by a newly established breeder, J Nelson from the Bullandcave herd based in Lancaster.