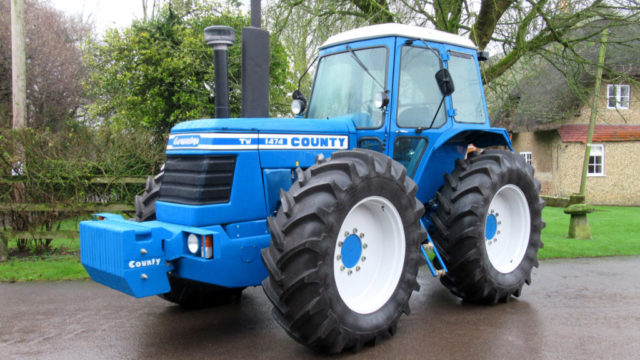 Fine tractors, beautifully restored, are rapidly gaining some favour as investment vehicles as much as they are agricultural ones.

This is particularly noticeable with County tractors which have soared in value at auction over the past few years, the latest example going for £214,400 at the recent Cheffins vintage sale in Cambridge.

The model in question was a 1982 County 1474 ‘Short Nose’ which was built around a Ford TW25 which, at that date of production, generated 156hp.

These tractors were something of a last gasp by County Commercial Cars Ltd. which had suffered Ford suddenly coming to market with its in-house range of 4WD tractors, the TW series, in 1979. 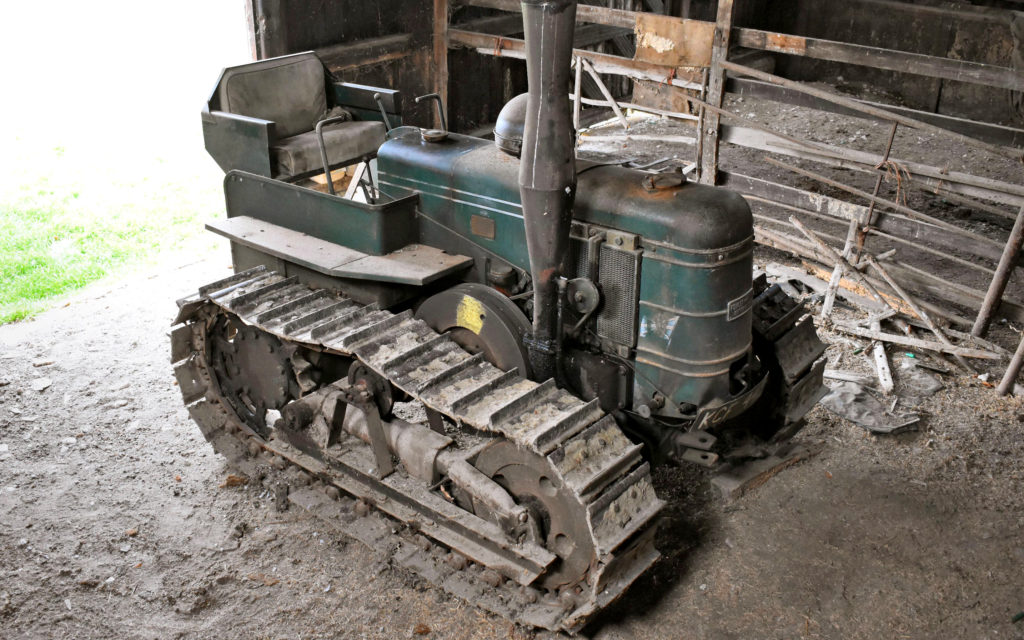 The company unfortunately went out of business in 1983, so this example (pictured above) would have been made right towards the end of production.

Unbeatable tractor in the field​

With a reputation for being the ultimate plough tractor many were kept going over the years as their abilities on heavy clay achieved mythical status, yet their fortunes waned as age took its toll and many were laid up or scrapped.

That is until more recent times when interest strted to grow in them and they are now regarded as highly desirable machines by many collectors of iconic tractors.

The fact that they were based on popular Ford models with good parts availability and plenty of expertise around when it comes to maintaining and restoring them also helps.

Unbeatable tractor in the auction​ 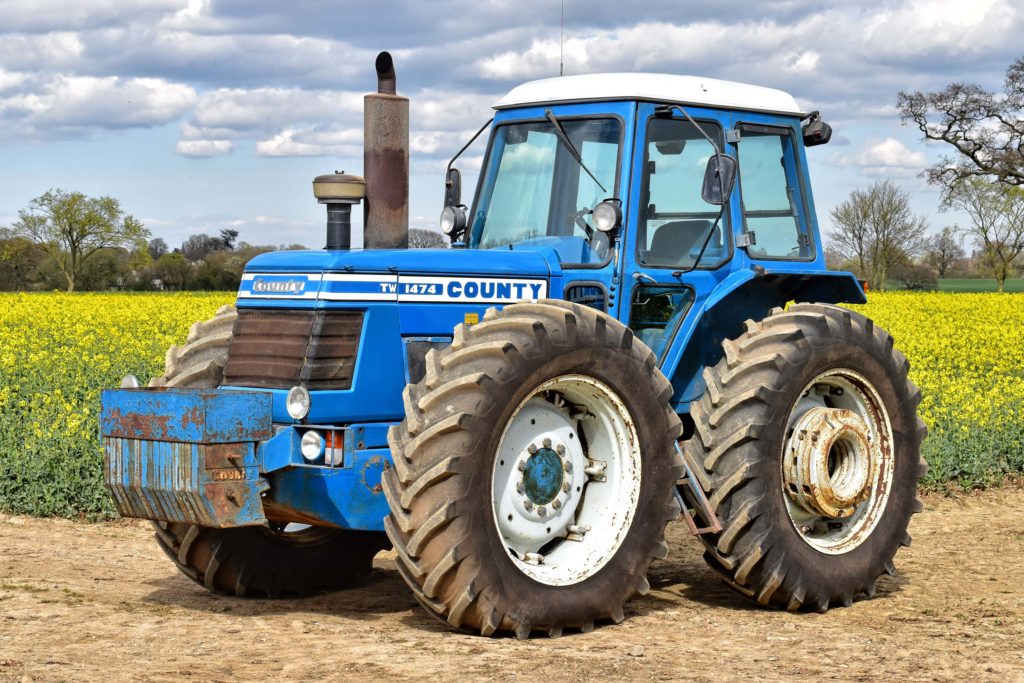 This represents an increase in value of less than 2% over the last nine months, which is somewhat lower than inflation for the same period, indicating that the investment potential may not be quite as exciting as the headline figure might suggest.

Other fine machines which fetched good prices included £48,240 for a 1983 Mercedes-Benz MB-Trac 1500, which was well over its pre-sale estimate. 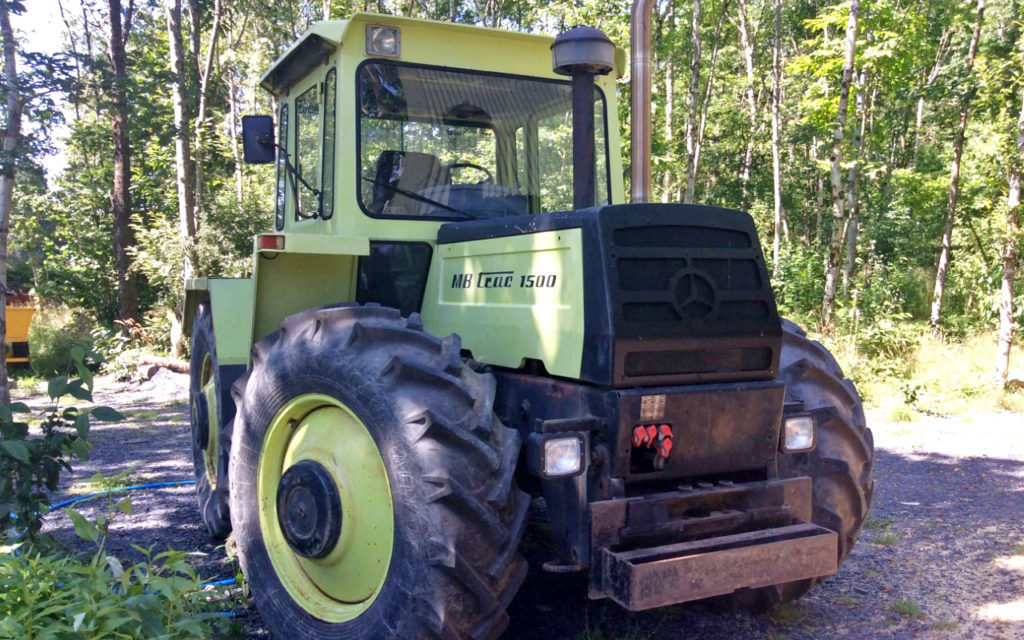 MB-Tracs are emerging from the shadows as collectible items

Interest in the MB-Trac has also been growing amongst collectors over the past few years and there would be no surprise in them continuing to attract strong bids going forward.

Although, much like the MB-Trac, they are transport orientated tractors, they are still mainly regarded as working machines rather than collectors’ items. 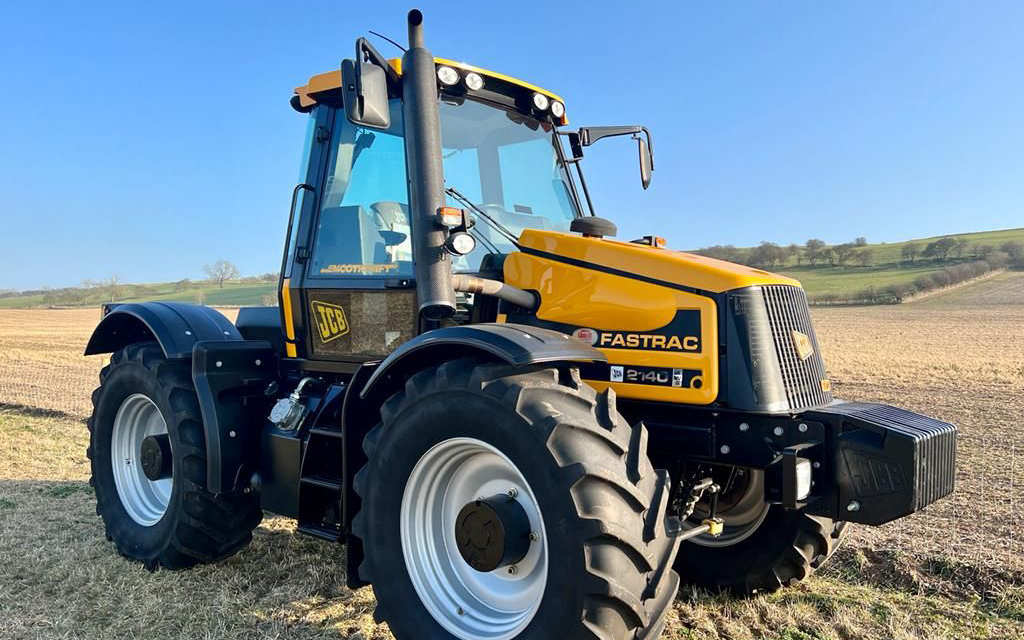 The JCB Fastrac is still around and working hard, yet collectors are starting to buy them

Yet this was a fine English tractor in an English sale which may have helped, especially if the buyer had a personal interest in this actual machine.

This first Cheffins collective vintage sale of 2022 grossed over £2 million. It took place on Friday and Saturday, April22 and 23 at the Cheffins sale ground near Ely.

Over 2,800 lots were offered of tractors, cars, bikes and auto memorabilia.

Also Read: The Fast and the Farmer-ish now casting for season two