AHDB: Where will the Beetle go next 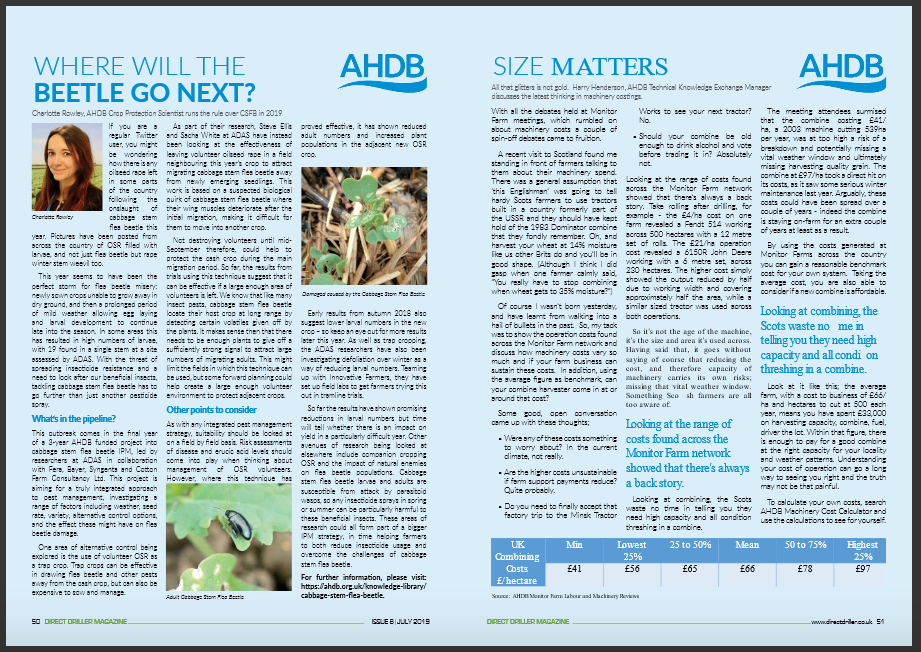 If you are a regular Twitter user, you might be wondering how there is any oilseed rape left in some parts of the country following the onslaught of cabbage stem flea beetle this year. Pictures have been posted from across the country of OSR filled with larvae, and not just flea beetle but rape winter stem weevil too. This year seems to have been the perfect storm for flea beetle misery: newly sown crops unable to grow away in dry ground, and then a prolonged period of mild weather allowing egg laying and larval development to continue late into the season. 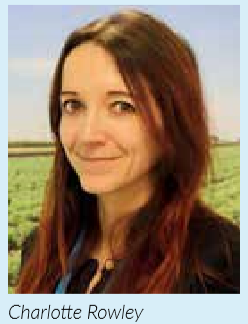 In some areas this has resulted in high numbers of larvae, with 19 found in a single stem at a site assessed by ADAS. With the threat of spreading insecticide resistance and a need to look after our beneficial insects, tackling cabbage stem flea beetle has to go further than just another pesticide spray.

What’s in the pipeline?

This outbreak comes in the final year of a 3-year AHDB funded project into cabbage stem flea beetle IPM, led by researchers at ADAS in collaboration with Fera, Bayer, Syngenta and Cotton Farm Consultancy Ltd. This project is aiming for a truly integrated approach to pest management, investigating a range of factors including weather, seed rate, variety, alternative control options, and the effect these might have on flea beetle damage. One area of alternative control being explored is the use of volunteer OSR as a trap crop. Trap crops can be effective in drawing flea beetle and other pests away from the cash crop, but can also be expensive to sow and manage.

As part of their research, Steve Ellis and Sacha White at ADAS have instead been looking at the effectiveness of leaving volunteer oilseed rape in a field neighbouring this year’s crop to attract migrating cabbage stem flea beetle away from newly emerging seedlings. This work is based on a suspected biological quirk of cabbage stem flea beetle where their wing muscles deteriorate after the initial migration, making it difficult for them to move into another crop.

Not destroying volunteers until midSeptember therefore, could help to protect the cash crop during the main migration period. So far, the results from trials using this technique suggest that it can be effective if a large enough area of volunteers is left. We know that like many insect pests, cabbage stem flea beetle locate their host crop at long range by detecting certain volatiles given off by the plants. It makes sense then that there needs to be enough plants to give off a sufficiently strong signal to attract large numbers of migrating adults.

This might limit the fields in which this technique can be used, but some forward planning could help create a large enough volunteer environment to protect adjacent crops.

Other points to consider

As with any integrated pest management strategy, suitability should be looked at on a field by field basis. Risk assessments of disease and erucic acid levels should come into play when thinking about management of OSR volunteers. However, where this technique has proved effective, it has shown reduced adult numbers and increased plant populations in the adjacent new OSR crop. 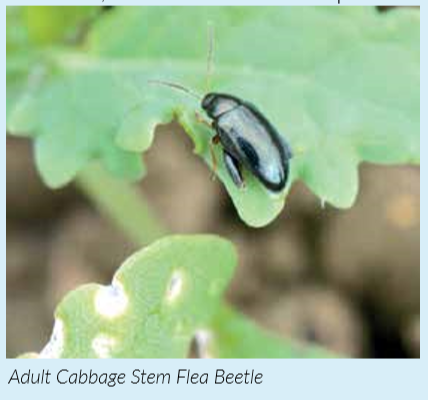 Early results from autumn 2018 also suggest lower larval numbers in the new crop – so keep an eye out for more results later this year. As well as trap cropping, the ADAS researchers have also been investigating defoliation over winter as a way of reducing larval numbers. Teaming up with Innovative Farmers, they have set up field labs to get farmers trying this out in tramline trials. So far the results have shown promising reductions in larval numbers but time will tell whether there is an impact on yield in a particularly difficult year. 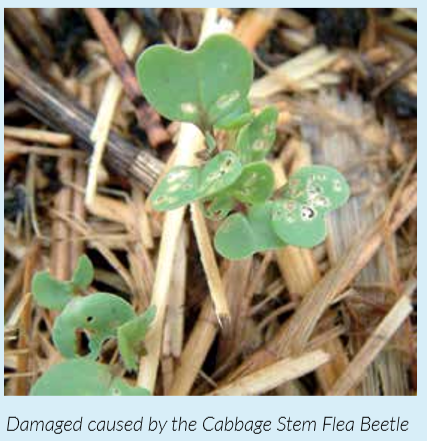 Other avenues of research being looked at elsewhere include companion cropping OSR and the impact of natural enemies on flea beetle populations. Cabbage stem flea beetle larvae and adults are susceptible from attack by parasitoid wasps, so any insecticide sprays in spring or summer can be particularly harmful to these beneficial insects. These areas of research could all form part of a bigger IPM strategy, in time helping farmers to both reduce insecticide usage and overcome the challenges of cabbage stem flea beetle. For further information, please visit: https://ahdb.org.uk/knowledge-library/cabbage-stem-flea-beetle

You can read the full Direct Driller magazine online here.
Click to expand...