Anton Coaker: Coffee and other matters

I don’t know what was in it, but the early morning mug of coffee my beloved brought me in bed today nearly knocked my head off. It’s usually me dutifully doing the fetching, but ‘er awoke first this morning, so I was sat up reading when my handmaiden returned. After a few sips, I had to put the book down and enjoy the fizzing sensation in my bonce. My mind was soon spinning with fantastic insights and profound answers to the mysteries of the universe. Unfortunately, it was also filled with spangly colours, so instead of recording the erudite thoughts I was having, I gormlessly sat enjoying the show. I’m not sure how long this went on, but it did ebb after a while, and I nodded off for 40 winks before the news me on the radio, and I had to bestir myself and get the porridge on. I can’t even blame some avant-garde novelty coffee grounds, as it was a very ordinary mug of instant. Curiouser and curiouser. 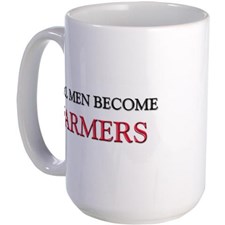 Now then. I’ve noticed a seasonal phenomenon of late. It’s often at this time of year that you see ads for series of magazines, each edition of which comes with the next part of a model sailing galleon/Ferrari supercar/whatever, which readers could ‘collect and build’. The assembled product-here’s one we made earlier- certainly looks pretty swish, and the lucky chap putting the finishing touches to it seems to live in a beautiful house with a gorgeous wife. She’s generally portrayed as having borne him intelligent attractive children while retaining a suspiciously svelte figure. Goodness, if building this model is what I have to do to be like him…sign me up!

As it happens, I’m relatively content with my situation –or at least resigned to it- and have no interest in finding extra ways to divert my dulled attention of an evening, so I wasn’t in the market for this years ‘must have’ series of magazines. Just as well really, as the spaceship you too can build will cost you … and I managed to find the small print … 100 editions at £8.99 each. So that’ll be a £900 model spaceship then. To be fair, it is 1-1 scale, which also took my attention momentarily. One to one is, well, life sized- Wow! A full sized spaceship to play in. Aah, but that’s 1-1 of the model used in the sci-fi film from which the spaceship might be familiar. Rats.

It’s fair to say that, should you fall for this baloney, you are the lawful and legitimate prey of such companies.

In fact, now I think of it, I would suggest that you’d be far better off pursuing an interest in collecting, let’s say, pet rocks. For a bit less than £900, I can select you a particularly adorable little chunk of granite, with which you can spent many happy hours. You and your beautiful family can feed it and keep it warm in a special nest – ‘nest grade’ straw, and ‘mud’ flavoured rock-food available, terms and conditions apply-. You can take it for a drag to the park, on the high grade durable polypropylene lead we can supply-available in any colour you like as long as its orange or blue. Once at the park, you and those bright and handsome children can athletically play catch with your rock, as your attractive wife looks admiringly on from the red checked picnic blanket she thoughtfully brought along. We recommend using our ‘special flame retardant rock handling gloves’.

Your life will be complete.

If, in the fullness of time, you consider your pet has become lonely- signified by long periods of listlessly lying in his/her nest- we can select a ‘mate’ for them, and advise on the enlarged ‘brooding nest’ they’ll be needing. It is possible of course, in this modern age, that you might prefer a ‘matched gender’ pair of pet rocks. We don’t judge, and are happy to help select your pet’s ‘mate’. The special training manual you’ll require for this advanced level of rock owning comes in twelve monthly parts, at minimal cost, although the ‘rock breeders’ licence the EU insist we sell you is somewhat dearer, due to the somewhat taxing paperwork.

Ultimately, should these highly collectable pets become surplus, their value on the open market can be considerable, and you might well make a tidy sum from them. Any offspring will be no less marketable. And should they fail to deliver satisfaction, we can always trade them in for replacements, for a very modest ‘rehoming fee’.

I don’t what you’re laughing about pal, you were starting to think the model spaceship sounded pretty good just now! Anyway, I’m off for another mug of that coffee.

A prodigious writer and regular correspondent for The Western Morning News, NFU and The Farming Forum, Anton’s second book “The Complete Bullocks” is available from www.anton-coaker.co.uk

You know how they say keep taking the medicine - well a tip, stop taking the coffee, she's trying to do away with you. Watch out for that handmaiden, I suspect she is trying to replace you with a Ferrari driving galleon owning svelte younger model.

Shepherds are being urged to feed newborn surplus lambs more good quality colostrum during the crucial first 24 hours of life because up to 80% of UK sheep producers may not be feeding enough.

According to results from the annual Volac Lamlac surplus lamb rearing intentions survey, carried out at the end of 2019, only 20% of shepherds plan to feed the industry recommended...
News
Continue…
Top