Claas has just unveiled three completely new four-rotor rakes with working widths of 15m, 13.6m and 12.7m. These maximum spans widths can be adjusted by 3.40 to 4.90m depending on the model, 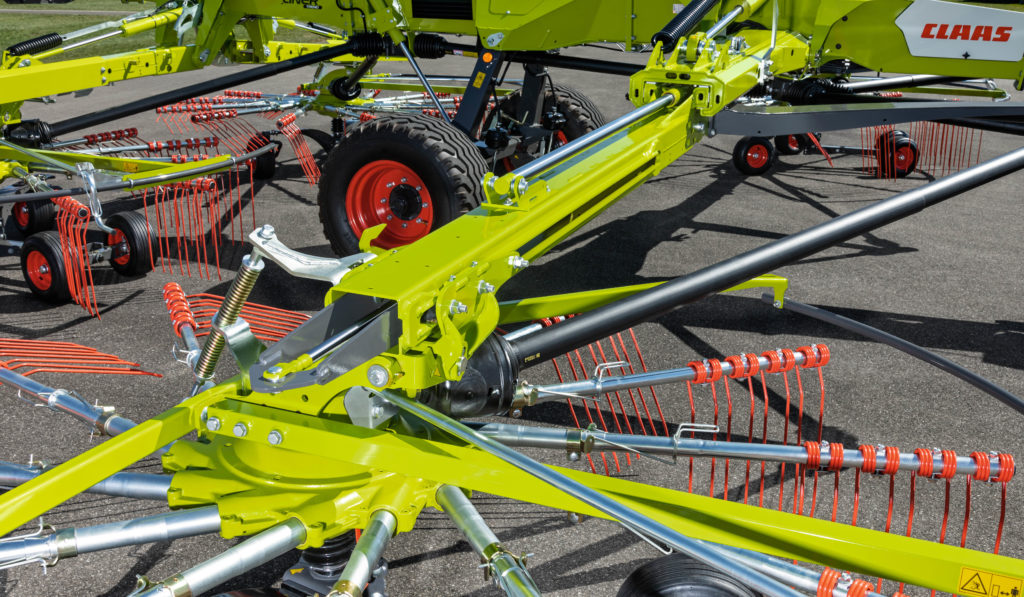 The new range has been designed to offer low transport heights, improved ground-contour following by the rotors, and ease of handling, according to Claas.

One major development are the new telescopic arms which extend and retract by means of a three-stage patented system.

This comprises a ‘C’ profile and slide rails, enabling rapid adjustment of the working width.

The rotor arms are retracted hydraulically on the new range

On the business models, the arms can be retracted individually and on the trend models in pairs.

All the machines provide generous ground clearance and a large clearance height.

The rotors are driven directly by PTO by gear and shaft which is said to add to the overall efficiency of the machines.

It is also claimed to increase the raking force by up to 50%, when compared with hydraulic drives.

The four rotors on the new swathers feature a redesigned floating cardan type suspension system, which enables them to move in three dimensions.

The arrangement is said to ensure the rotors the maximum degree of free movement while in work.

Claas has developed a rotor guidance system to cope with high ground speeds. This employs a dual spring arrangement, which ensures a smooth rotational movement the company assures potential customers.

It is also said that when combined with the cardan suspension, only 20% of the weight is applied to the front rotor wheels. 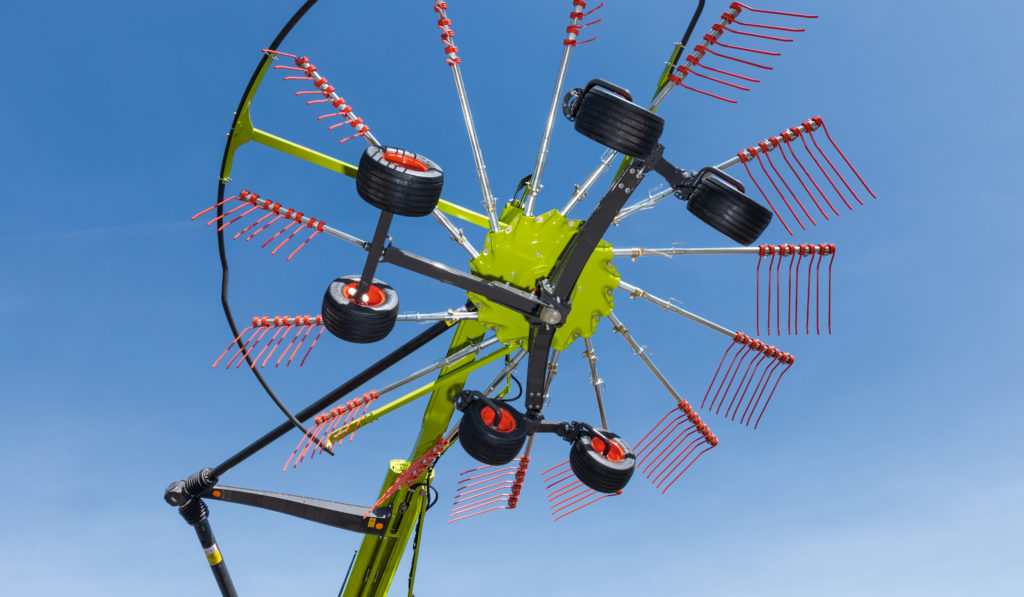 When the rotor arms are lowered, the rear rotor wheels touch down first, producing a an effect similar to the land of a passenger jet undercarriage.

This prevents the tines from digging in and damaging the sward.

For transport, the telescopic arms are fully retracted and folded up at 90° to the main frame. Once the main frame has been hydraulically lowered, the 4.0m transport height is achieved without having to remove the tine arms.