Trying to get a bit more clover into my mowing fields, in the past I’ve sprinkled It into the animal feed. Now I don’t use much I thought I would cut one process out and sprinkle it on the manure before spreading.
Anyone tried this before and if so would you chain Harrow the fields after spreading or just leave them.

Do you have lots of birds? Always seem to get lots more of them when we harrowed, or did anything in the tractor for that matter.
I'd be as tempted to just broadcast it, and run some stock on it for a few days to help massage some in that way. Seems to all take pretty well where we 'bandaid bare bits'

I’ve had good success where we’ve spun it on with the bike before some rain and then just mob stocked the sheep for 24hrs on that area to press it in.
I think putting it in with your muckspreader will be a lot more hit and miss.
T

Old Tip said:
Trying to get a bit more clover into my mowing fields, in the past I’ve sprinkled It into the animal feed. Now I don’t use much I thought I would cut one process out and sprinkle it on the manure before spreading.
Anyone tried this before and if so would you chain Harrow the fields after spreading or just leave them.

Yes , just work out how many loads a acre you are going to spread & add 1.5 kg / acre of seed can be a bit patchy but will spread . I would add a bag of mixed lime per load as well , depending on your fields ph levels.

Old boys used to sprinkle it in the cow pats when walking round the stock.

Old Tip said:
Trying to get a bit more clover into my mowing fields, in the past I’ve sprinkled It into the animal feed. Now I don’t use much I thought I would cut one process out and sprinkle it on the manure before spreading.
Anyone tried this before and if so would you chain Harrow the fields after spreading or just leave them.

I think I’d chain Harrow before sowing/spreading the clover seed then either walk it in with sheep or let the rain wash it in.

After spraying some fields with forefront to get rid of docs and ragwort. It also wiped out the clover which I knew it would do. The next year after cutting I got some clover seed and mixed it in with the fert as the bag was pouring in to the spreader. Didn't do anything after that. That clover came in fine and gave a good covering. Usually did it before a day of rain so it would wash in better.

Pleased it went well for you

michael N123 said:
That’s good because I found this thread a few week ago and copied you my original plan was to rake it in with a Harrow and stocks fan jet but I couldn’t lower the seed rate hole far enough
Click to expand...

Just run the sheep over the field for a couple of days to keep the grass from swamping the young clover, very pleased with the results so far. Field was fresh cut when I spread the FYM then ran sheep in for a few days to trample the seeds in a bit.
No harrowing or rolling just sheep and sh1t plus a sprinkle of seed in each load. 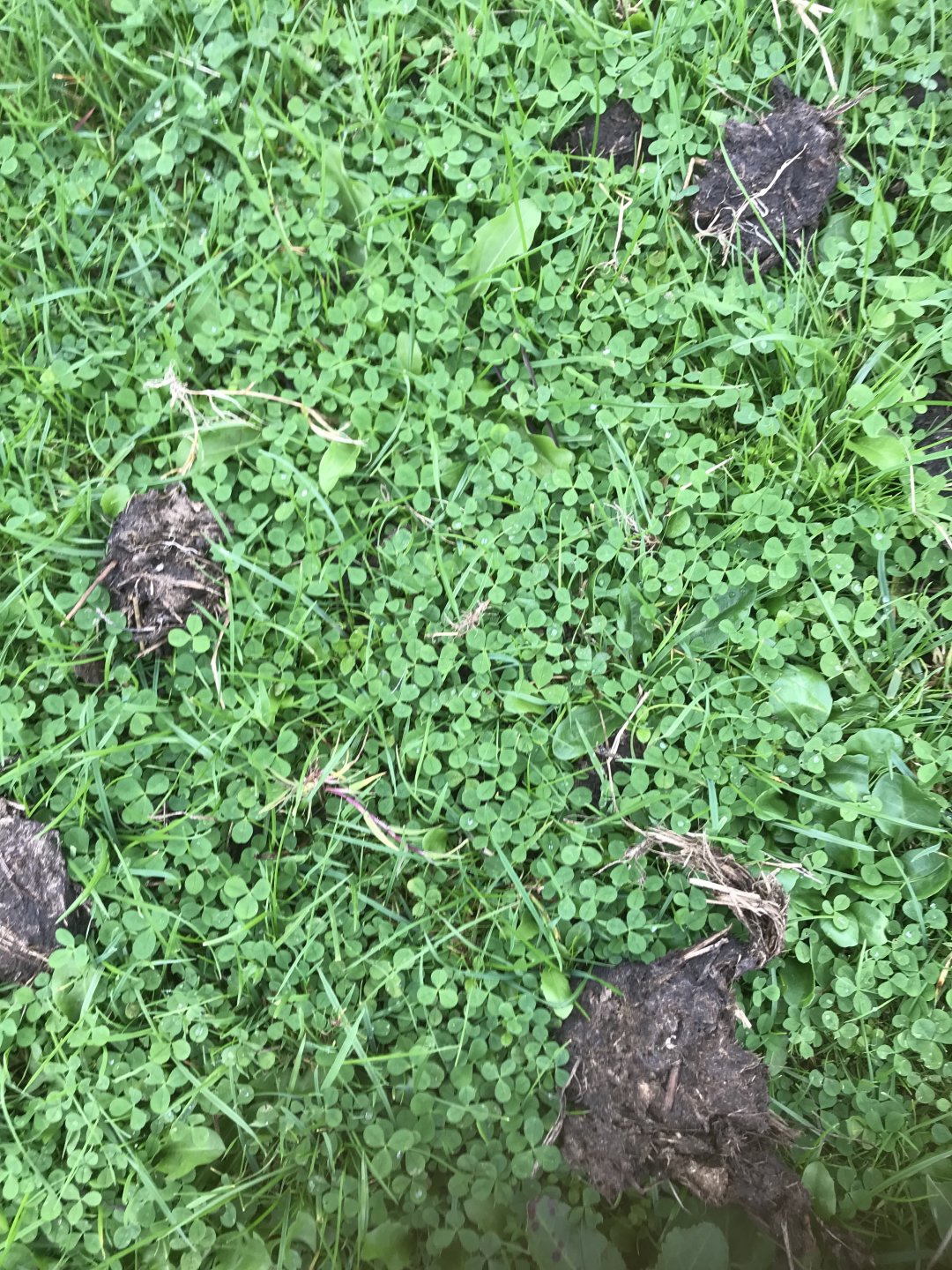 Saw an article in FW yrs ago , using an old wagtail spreader the farmer had suspended with string in centre of the wagtail hopper , a narrow old spray container upside down , with a hole drilled in the screw on lid which he timed the seed coming out then drove the spreader to the relevant speed
Last edited: Oct 31, 2021

I've posted this before , but perhaps relevant . A Chap i knew in Derbyshire had a contract with a local factory to keep their boiler house coal hoppers full , and to take all the generated ash to their own tip . As tips are prone to do , this one caught fire from hot ash , and burned at a dangerous level for some time . He was at a complete loss as to how to dispose of the ash , and in desperation , took it home and spread it on his mowing land . The next growing season the land , which had never before had clover , was full of it ! He was at a loss to explain , except perhaps that there had been dormant clover seed there, that had germinated due to the general disturbance . I'm not sure how persistent it was as he took ill , and retired shortly afterwards . He was a very well known character in his area , perhaps some locals might remember him , Jack Hill , and Slack's paper mill ?