jhorr30 said:
To be honest I have never noticed.
Click to expand...

It’s worth checking as it can help diagnose what’s going on.
W

jhorr30 said:
Have a case ih puma 230cvx steer ready from the factory which was fitted with second hand nh rtk auto steer equipment almost 2 years ago.
Has never worked right since it was installed. It just won't drive straight.

It can be up to 30cm off line at times but is mostly 3.5-15cm off line. It is like it can't acquire the AB line and just meanders around it snaking back and forward. It is no good for cereal drilling and definitely no good for ridging up tattie land.

Was thought that the vaderdtad rapid drill was the issue at first, this was upgraded to a spirit this year and it still does it. Tried driving on bare stubble a month or so ago at drilling speeds of 10-15kmh with nothing on the tractor and you could see the weaving in the wheelmarks

Has anyone had similar issues and had it resolved?
Click to expand...

Last couple of weeks had issues with Centerpoint RTX. It started off when over night it replaced a number in the gps settings. No idea why and it took a couple of calls to the local dealer to figure it out. It reverted to a number that was 3 years out of date.
It’s fine at 10km/hr or under but anything faster with draft and it wanders and weaves and can be completely off by about 12 inches, but one thing I’ve never got my head around is the nudge so I’ve ended up doing a new a-b.
It really didn’t like putting liquid fert on at 14km/hr either but that isn’t really draft.
I just put it down to some satellite signal issues but maybe it’s not if others are struggling a bit.

jhorr30 said:
All done by a NH dealer.
They are at a loss as well.
Had new angle sensor, wiring, updated software several times.
Tried different nav controllers, and dome as well.
Click to expand...

Was the angle sensor a case manufactured one? if so, Trimble Autosense has fixed issues like this before when Case sensors could not.

jcawley said:
Was the angle sensor a case manufactured one? if so, Trimble Autosense has fixed issues like this before when Case sensors could not.
Click to expand...

Would be a Caseih supplied sensor.
Have had some progress since I posted originally.
The dealer has spent some more time on it and did something to valves on the steering orbital unit. Since then it's been a different machine. Mostly averaging 1.4cm offline now.
It's now doing what we thought and expected it would do when we bought the autosteer equipment. 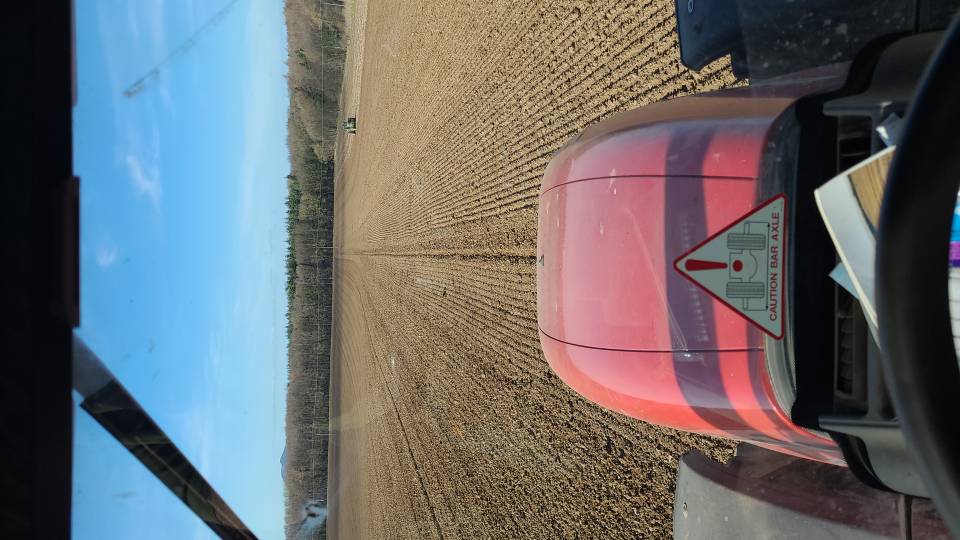 I’d love to know what the dealer touched, I’d bet it was the pressure relief valve, be interesting to know for other people’s benefit.....

Will try and find out.
G

Is the P Gain setting accessible on an RTK set up ?
When I bring this screen up all I see is the roll cal figure

GlennW said:
Is the P Gain setting accessible on an RTK set up ?
When I bring this screen up all I see is the roll cal figure
Click to expand...

It's in the calibrations screen.
You must log in or register to reply here.