Growing phacelia or oil radish cover crops in vegetable rotations helps to build and stabilise soils – with a new trial revealing it could safeguard future productivity.

The trial – funded by Agri-Tech Cornwall with land provided by Duchy College – found that phacelia and oil radish outperformed 24 other species and varieties of cover crop, including legumes and oats.

Where a break from brassicas is required, phacelia proved to have the best results – whether sown in spring, summer, or autumn – for improving soil organic matter.

In contrast, where a break from brassicas is not required, oil radish gave the greatest above ground biomass, improving carbon and nitrogen sequestration.

So what does this mean for growers?

“An incorporated residue from cover crop biomass is a very effective way of getting organic matter back into soils between cultivations.”
Click to expand...

In the trial, both phacelia and oil radish produced a lot of biomass, with tangible improvements in terms of nitrogen and carbon sequestration, nutrients in green material, and feed for the following crop.

“At greater than 61 days after March drilling, phacelia and oil radish produced 40t/ha and 35t/ha, respectively, of above-ground biomass – each sequestering around 15t/ha of carbon and 500kg/ha of nitrogen,” the vegetable specialist explained.

He estimated that between one third and half (166k-250kg/ha) of that nitrogen could be available to the next crop, but further trials are required to quantify this.

“The fixation of plant available nitrogen from these crops is of particular interest,” he said.

“Where growers may be inclined to look at legumes like clover for nitrogen fixation, the trial has identified a critical limitation; they simply can’t establish quickly enough within a minimum 12-week rotation break.”
Click to expand...

Another limitation is predation by pests.

“Egyptian clover was the worst affected by predation with 80% damage. Phacelia and oil radish were less affected, with recorded damage statistically irrelevant,” he added.

Trial protocol
The trial assessed 26 cover crop species and varieties on objectives like biomass production (residue), carbon nitrogen ratio and sequestration, crop height, ground cover and pest damage. Each of these is valuable in determining production and commercial compatibility.
The cover crops were drilled during the three main vegetable break periods: February to March; mid-August to mid-September; and October. Each had 12 weeks between drilling and destruction, emulating the shortest period possible between rotations.
Each plot was drilled at a standard depth into a randomised plot design at a mid-range seed rate. Every variety was repeated three times, producing 78 plots per period, each measuring 10.57m2. 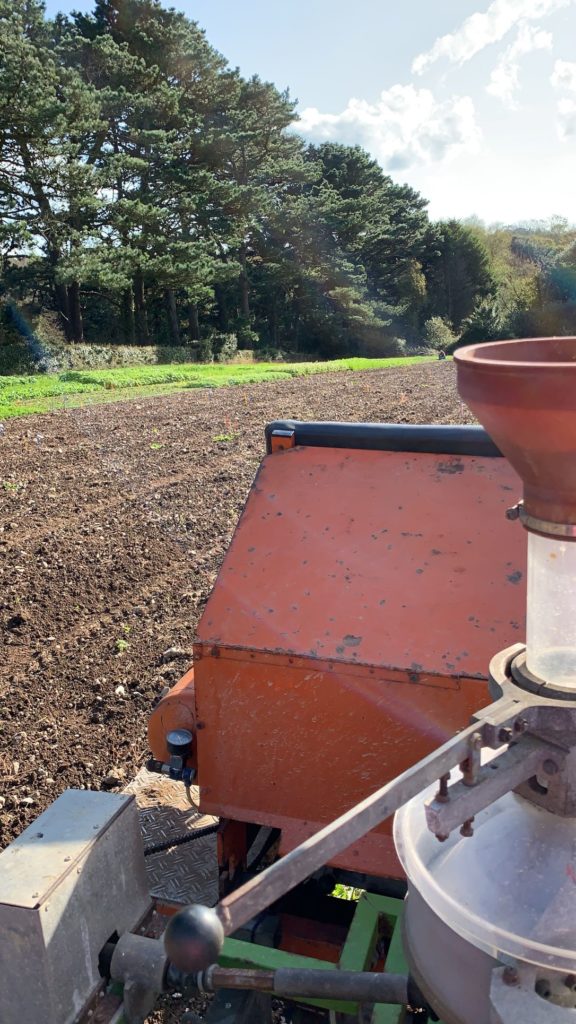 “However, the equipment used in single pass systems is designed to go over cereal stubble, so cover crops with residues higher than 20cm are likely to tangle and be problematic.”
Click to expand...

As a consequence, growers in these systems will need to favour short cover crops, or ones that are killed over winter for ease of incorporation.

Ultimately, the grower needs to know what they want to achieve with a cover crop.


“Once decided then you can look at your rotations, available cover crops and destruction method,” said the specialist.

Keeping costs down is also important, which was reflected in the trial.

“We didn’t apply any fertiliser, plant-protection products, or weed control, so it achieved what all growers will be aiming for – low cost.”
Click to expand...

However, the trial results are not the end of the work.

The overarching purpose was to identify which species would be suitable for further data analysis and investigation into commercial viability, particularly for vegetable rotations in South-West England.

“In this region, land is rented on long-term tenancies – we also want to look at whether the new environmental schemes on offer could be applicable.
Click to expand...

“We can now explore further, like how much the top performing crops could raise SOM levels and what that means for soil structure and water holding capacity. We can also gain a deeper understanding of increases in follow-on crop yields – whether through greater nutrient release or reductions in crop pressures like weeds, pests and disease.”

The trial was independently assessed by Reading University and Duchy College researcher Hannah Jones, with Ian Boase managing the project and assisting in the field.