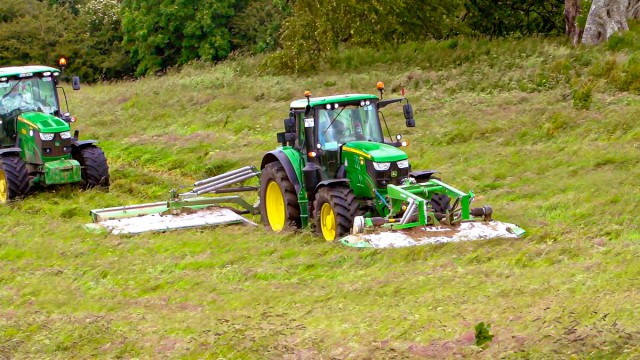 He spoke at the end of what had been an insightful debate on the forage options now facing farmers across Northern Ireland.

“It’s now obvious that many farmers will need help and support in order to get them through next winter, from a forage availability point of view,” he said.

The focus of the event was a review of the results gleaned courtesy of an AgriSearch/UFU survey, which sought to ascertain the current state of farmers’ intentions across Northern Ireland to produce grazed grass and silage in 2022.

The work, which was conducted online, was carried out during the last week of April and the first few days of May.

Over 800 farmers participated in the AgriSearch/UFU survey, which examined the impact of the rising costs of farm inputs and the decisions farmers are making in light of this.

The results of the survey show that 16% of farmers have not bought any manufactured fertiliser this year (or carried over significant stocks from last year).

Of those that have purchased fertiliser, 72% intend to reduce their application rates. 56% of farmers indicated they are intending to reduce concentrate feeding rate.

The survey results also indicate that there are relatively low stocks of silage left on farms from last winter with 68% of farmers reporting that they have less than 10% left.

AgriSearch general manager, Jason Rankin said: “There appears to be a mismatch between fertiliser application rates, silage reserves, the amounts of concentrates being fed on the one hand and stocking rates on the other, with only 45% of farmers planning to reduce stocking rates.

“The kind of options we had in the past for dealing with fodder shortages will either not be available this winter, or will be at an exorbitant price. It is vital that all farmers take immediate steps to ensure that they have ample fodder stocks for animals they intend to keep next winter.”
Click to expand...

AgriSearch has been working with Agri-Food and Biosciences Institute (AFBI), College of Agriculture, Food and Rural Enterprise (CAFRE) and other partners to assist farmers in managing through these unprecedented times.

“A copy of a review on assessing the impact price increases on the economics of N fertiliser application is available on the AgriSearch website,” Rankin explained.

“We are assisting CAFRE in the delivery of a series of farm walks for the beef and sheep sector which will take place next week with events for the dairy sector planned for early June.
Click to expand...

“We are now also releasing the results of grass growth rates on variable N rates on a regular basis with plans currently being developed with AFBI and DAERA for a series of ‘CloverCheck’ plots to sit alongside the existing GrassCheck plots,” Rankin added.

In conclusion, the AgriSearch representative said that he did not want to use the word ‘crisis’ in contextualising the current state of fodder supplies in Northern Ireland and farmers’ plans to deal with the issue.

“But there is an absolute necessity for a significant number of farmers to start sowing fertiliser now. And it’s not too late to head off a serious fodder shortfall form developing later in the year,” he said.

“But farmers must act without delay. May is the month when farmers will get the best return from the fertiliser that they do apply.
Click to expand...

“The fertiliser that they need is available, it really is a case of using it now.”