essexpete said:
Not sure he knows about self bleeding setting.
Click to expand...

fitted this to one last week same symptoms 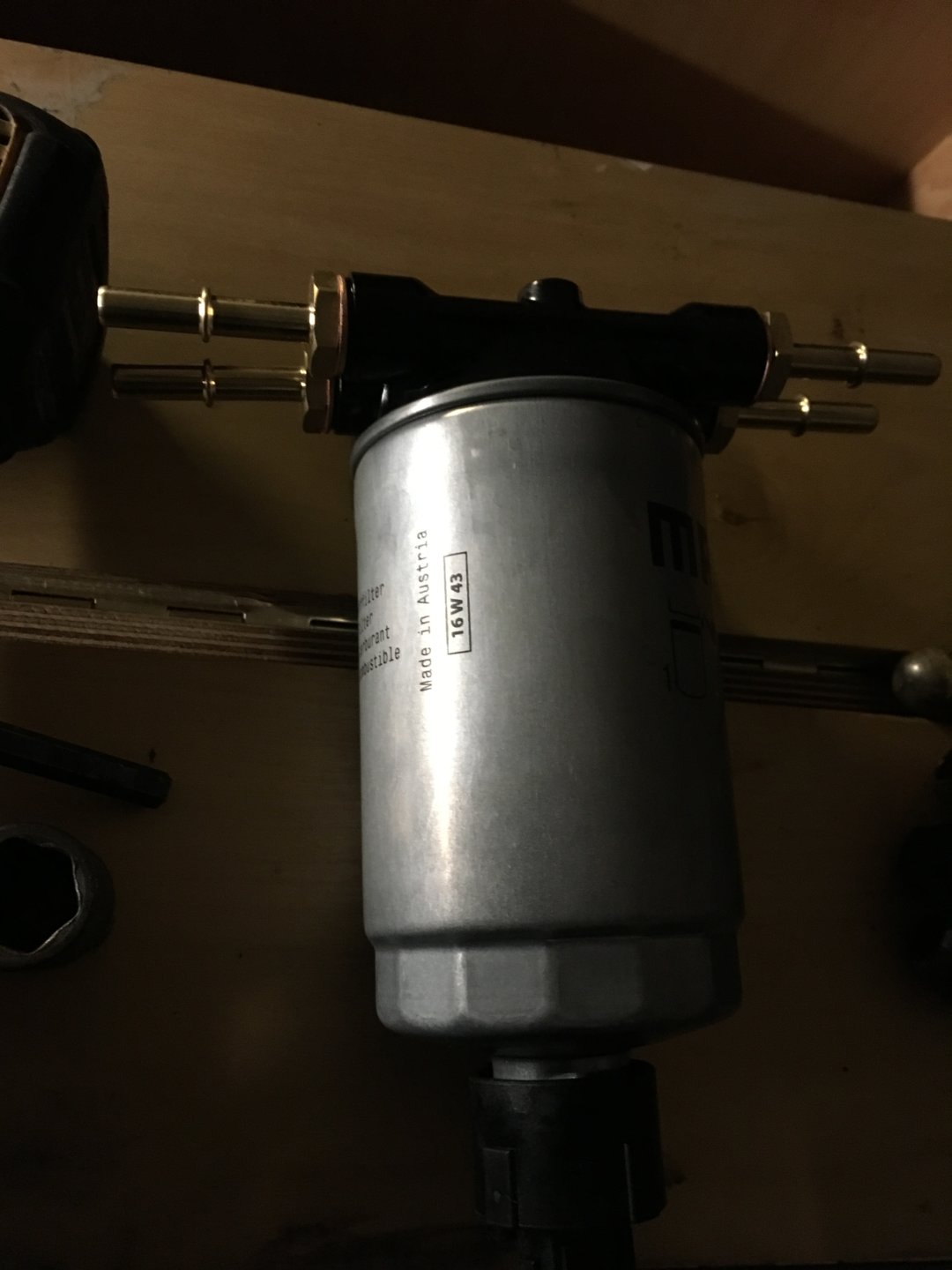 If you do go the injector seals and washers, generally the first thing I would do, it is as said a fairly easy job to do.
Top cover off
Injector cam off.
Undo the injector loom, worth replacing if it's never been done to your knowledge
Undo the injector clamp then pop out the injector. I use a normal Allen key, just pick one that fits, to lever the injector up but don't lever under the solonoid you can just get enough purchase on the injector body. Some people will just slacken the clamp bolt and flick the key.
Injector out and take the old washer off the bottom.....carefully as injectors aren't cheap, pluck the O ring offthe body and put thenew ones on.
Pop the injector back in and tighten the clamp bolt.
I do reccommend doing one at a time because if you mix up the injectors you can confuse the ECU as each injector has an individual code which is recognised by the engine mapping software, whilst it will still run it will not run properly
Before you put the injector cam back on, slacken the adjustment screws on the rockers then adjust the rockers when the cam is fitted. The cam lobe needs to be up, pressing the injector down fully, Wind the adjustment screw down untill it bottoms out then back off one complete turn then lock off.
You will need access to the crank bolt to turn the engine over to remove some of the injectors as the cam lobes will be in the way or you can bump it round rolling the vehicle whilst in gear
Then it's job done, refit the cover, prime the fuel through by turning the ignition on and pump the throttle 5 times, the engine management light starts flashing and the pump will start up. Go and have a walk round and leave it alone untill the light stops flashing. It will purge prime 5 or 6 times then the light will stop flashing so you can then start the engine
You must log in or register to reply here.
Share:
Facebook Twitter Tumblr WhatsApp Email Link

How can you improve your farm's nitrogen fertiliser efficiency?