We might have expected fewer flights and less road traffic to have improved air quality in Northern Ireland during lockdown. However, a DAERA-commissioned study has revealed the complicated picture of what makes up the air we breathe.

Significant reductions in the emissions of particulate matter were detected during lockdown – largely attributed to fewer cars on the road.

However, experts have explained why local air quality did improve as much as many might have expected.


Reductions in nitrogen oxide (NOx) emissions were seen right across Northern Ireland, with even several of the region’s busiest sticking points for traffic reporting almost non-existent levels of pollution during lockdown.

Between lockdown beginning on March 23 and June 30, NOx concentrations were found to have fallen between 41% to 67% across each of the traffic monitoring sites in Northern Ireland. 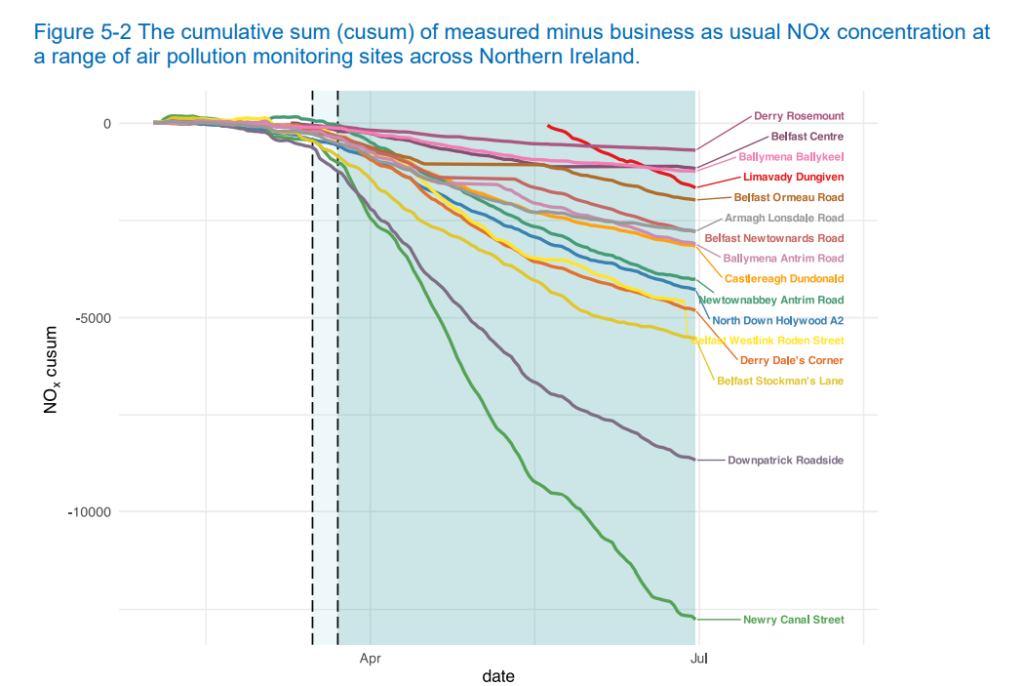 By plotting the cumulative sum (cusum) of the reduction in emissions measured during lockdown compared to ‘Business As Usual’ researchers were able to build a clearer indication of the changes. Most of the lines start to slope downwards around the start of lockdown.

The biggest difference was seen in Newry Canal Street, followed by Downpatrick and the notorious bottleneck Stockman’s Lane, Belfast.

With road vehicles usually accounting for 30% of Northern Ireland’s total NOx emissions, the lockdown restrictions are estimated
to have resulted in a short-term reduction of 20% in the region’s overall emitted NOx during the first few weeks of lockdown.

While cars have returned to the roads, the study found there was some evidence of a longer-term reduction in traffic count. At most of the 14 traffic count locations, traffic counts had still not returned to pre-lockdown levels by the start of July.

The report explained that reducing pollution from road transport is particularly significant in reducing health impacts – unlike emissions from most industrial sources, vehicle emissions are produced near ground level, often in urban areas where people are present.


Non-road transport – such as flights and rail services – also showed dramatic decreases during the lockdown period. However, researchers explained the resulting improvements in air quality were too difficult to quantify. 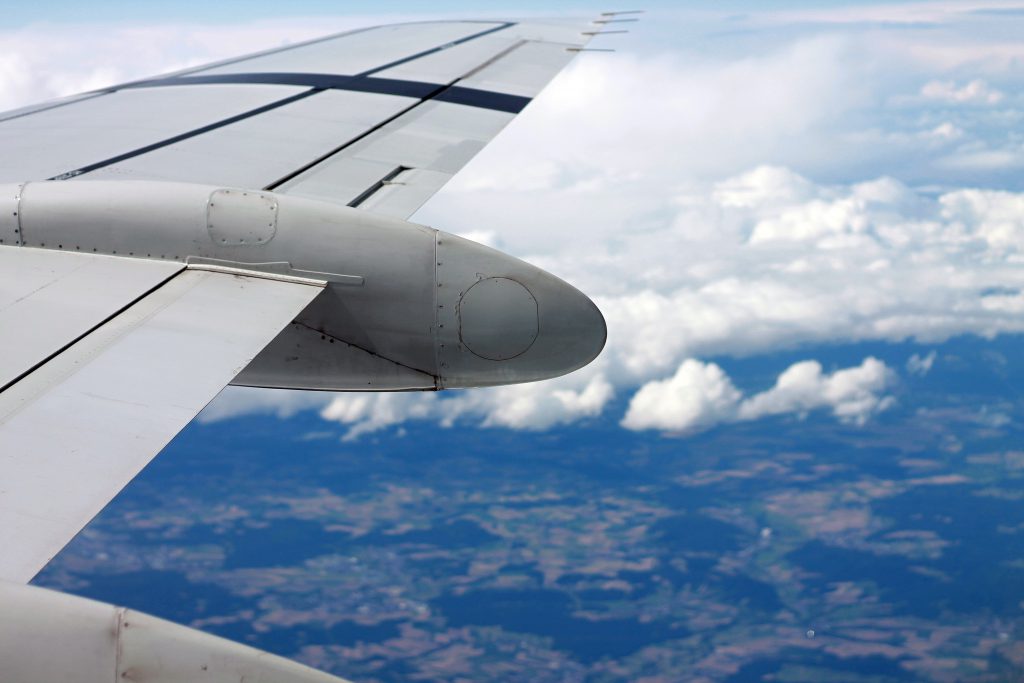 The study also highlighted the impact of international emissions on local air quality. Prior to March, Atlantic air currents brought cleaner air from the west and south-west.

However, spikes in poorer air quality were found to coincide with air currents from the east in April, May and June, meaning that while overall emissions did fall, the result was not as large as could have been expected.

“During the lockdown period, particularly in April and early May, the weather changed and air masses arriving at Belfast Centre were much more influenced by easterly (continental origin) winds. These are likely to have brought more polluted air to the [test] site,” the report read.

Two of the four sites that monitored black carbon showed some evidence of a decrease during the lockdown period. Black carbon in air is directly linked to emissions from combustion processes in
transport, domestic heating or industry, and from waste burning or wildfires.

Conversely, there was no clear pattern of concentration change in the case of sulfur dioxide (SO2), with some monitoring sites showing an increase and some showing a decrease. However, the report explained concentrations of this pollutant are already very low, creating some challenges for measurement.