EMotive to go head to head with the Unimog

Bringing electrical power to off-road vehicles is proving somewhat problematic, yet EMotive is one company that is preparing to take a bold step forward towards this goal.

The company has developed a six-wheeled ATV that has a gross weight of up to 12t, with the stated purpose providing an electrically powered alternative to the Unimog.

Off the shelf EV design​

Although the vehicle has been developed by the Devon-based company, it will not be producing them. Instead, it will be licensing production to other manufacturers who will then pay a royalty fee for each example made.

By following this business model, it is anticipated that already established sales and services networks can be utilised to distribute and service the vehicle, greatly accelerating its global uptake.

Current vehicle manufacturers will have the opportunity to buy an EV design that is ready to go, saving themselves the research and development costs, while being able to swing into production almost immediately. 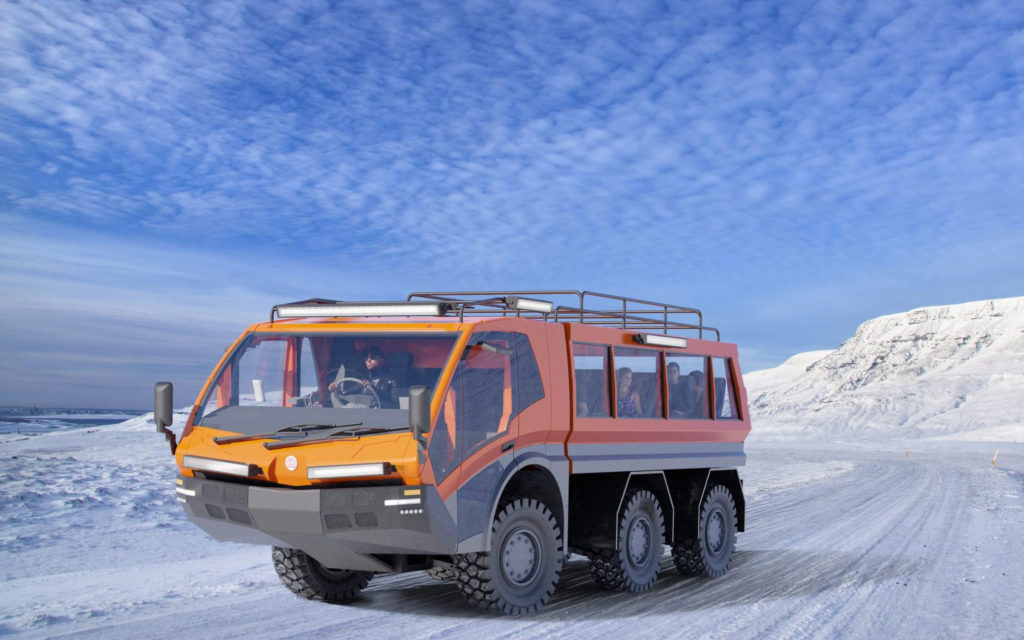 EMOtive sees adventure tourism as a natural market for its product

EMotive is looking primarily at the fire and rescue, utility, agriculture and forestry industries as its primary customer base. It also adds adventure tourism into the mix, noting the market for medium weight off-road vehicles stands at $5.48 billion (€4.8 billion) annually.

The actual details of the battery chemistry and performance are still being kept under wraps for now as the vehicle is being readied for its full launch.

However, it is noted that the vehicle can cope with power outputs of between 668kW and 2005kW at the wheels, dependent on the manufacturer’s preferences and the customer’s requirements.

The vehicle can be configured with two, four or six-wheel-drive and for power take-off (PTO) work, or where an extended range is required, a hydrogen fuel cell power unit can be added.

Investigation of vehicle use​

The company intends to team up with the University of Exeter and a regional utility company to record and analyse the operation of vehicles in the field to identify normal drive cycles.

From these results, it will be able to model how long the battery pack will last in various scenarios. It is all part of the testing and refinement of the concept which will go towards creating a more efficient product.

As always, cost is a major issue, and on this front the company indicates that it should cost less than twice the price of ICE (Internal Combustion Engine) powered competitors. 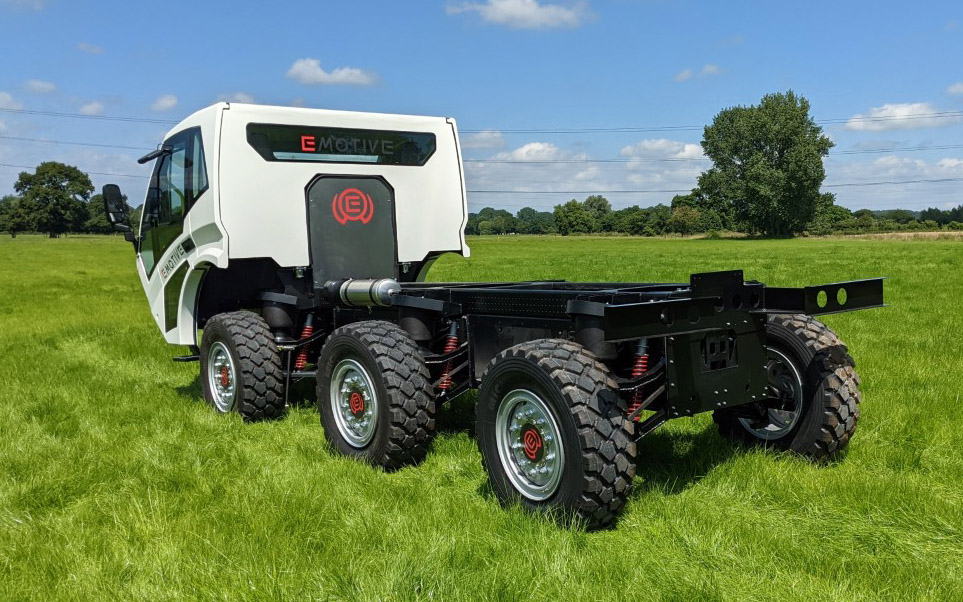 Unimogs are not the cheapest vehicles out there, so we can expect a fairly hefty price tag, a premium that will be recouped through reduced service costs and vehicle downtime according to EMotive.

This is in addition to the lower price of electricity, compared to the highly taxed carbon fuels which are the dominant energy reservoirs at present. EMotive claims a 40% saving in fuel costs for its vehicle.

This final sum is required for the final push into demonstration and mass production.

It is intended that the full-scale prototype will be ready by the spring. Demonstration of it to manufacturing partners and end customers will take place from then on, with the projected date for the start of volume manufacturing being early 2023.

The post EMotive to go head to head with the Unimog appeared first on Agriland.co.uk.