✓
Welcome to the agriculture section of our 61st Doe Show. We have worked with our suppliers to bring you some unique content and brand new product videos about a wide range of farming and agricultural equipment, as well as some fantastic deals and offers on brand new machinery. Please click on the links below and visit their pages and, if you have any questions, we are here on live chat or at the end of the phone, ready to speak to you.

We are major agricultural equipment suppliers in the South East and East Anglia and represent some of the best known and well respected names in the industry.
We began as blacksmiths and agricultural equipment suppliers in 1898 and over the last 123 years, have grown considerably into being the largest UK distributor for Case IH and New Holland Agriculture and the multi-franchised operation we are today. Please click on the links below to learn more about the brands we sell and the deals available for our 61st Doe Show.

We are delighted to confirm that the 62nd Doe Show will be back at our Ulting HQ on 1st, 2nd, 3rd Feb 2022. We are busy preparing for the show so please visit our main site ernestdoe.com for updates. We can't wait to see you all again! #doeshow2022
doeshow.ernestdoe.com

Very much a family firm, the company can trace its history back to June 1898 when Ernest Doe took the lease on a blacksmiths shop at Ulting near Maldon Essex. Work in those days consisted mainly of shoeing horses and repairing agricultural implements.
In 1910, Ernest purchased the lease and built his house which still stands today. After the war the Ministry of Munitions sold off their tractors (mainly Fordson model F's) and Ernest persuaded his father to purchase a number of them and sell them to local farmers.
In the 1920's Ernest Doe became a Case agent and subsequently Foredson in the 30's, Alis Chambers, David Brown, Caterpillar, Cletrac, Oliver, Fergus, Ford and New Holland.
By the 1950's, there was an increasing demand for higher horsepower and 4 wheel drive. Local farmer George Pryor and Ernest Doe worked together and the Triple D was born (Doe Dual Drive). 289 were produced between 1958 and 1964 with exports to Germany, Russia, Nigeria, USA and Sweden.

Thank you to Ernest Doe and Co for the free show mug, which arrived in the post today 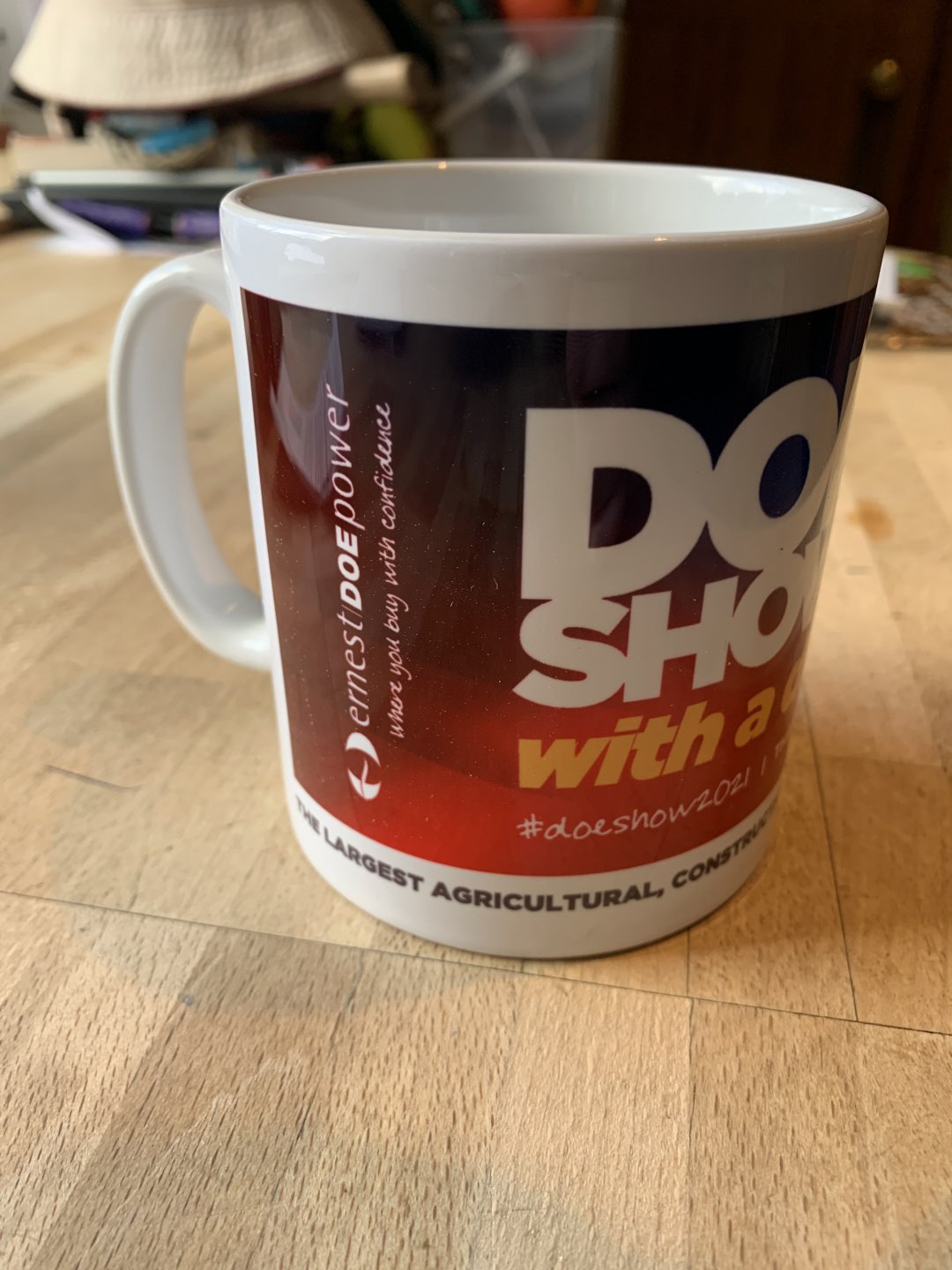