First views of farming here are staggering. These are rice paddies beside the rail line. 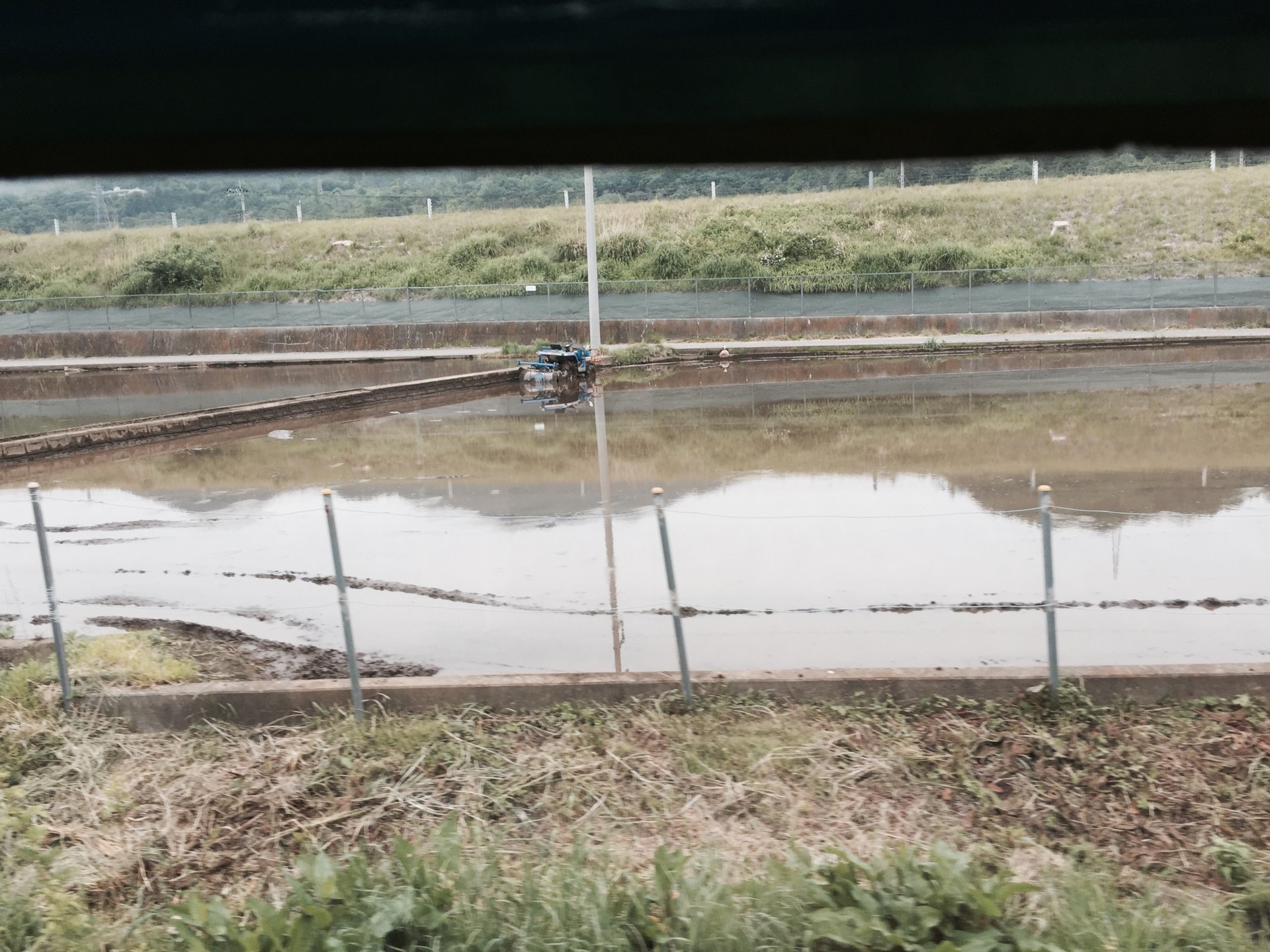 They are perhaps a tenth of an acre. How they plant harvest I have no idea. Seeing hundreds of plots not much bigger than average back gardens
Currently. On the way to Mount Fuji, we have this stupid idea of cycling up

Back of the station market garden. 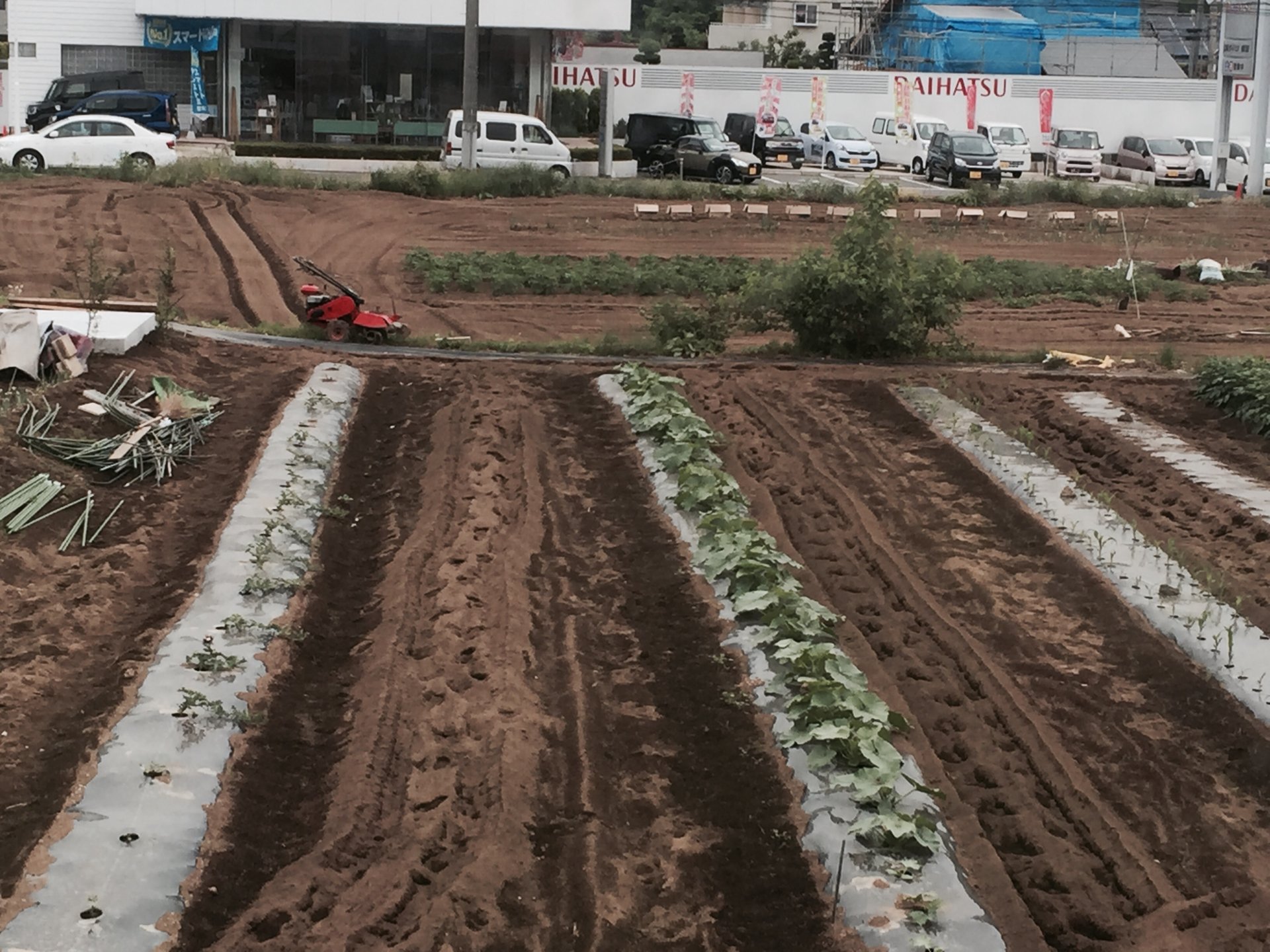 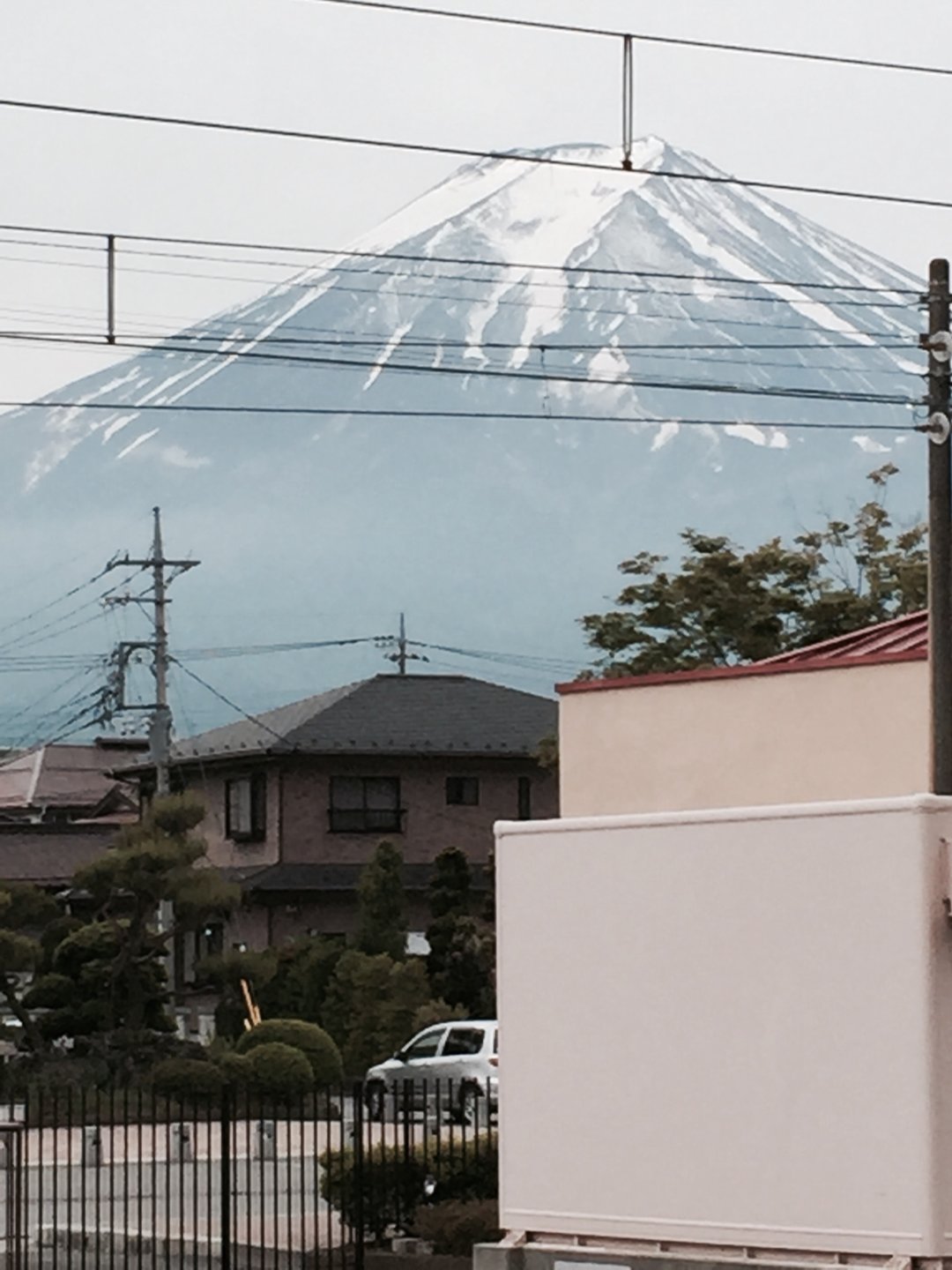 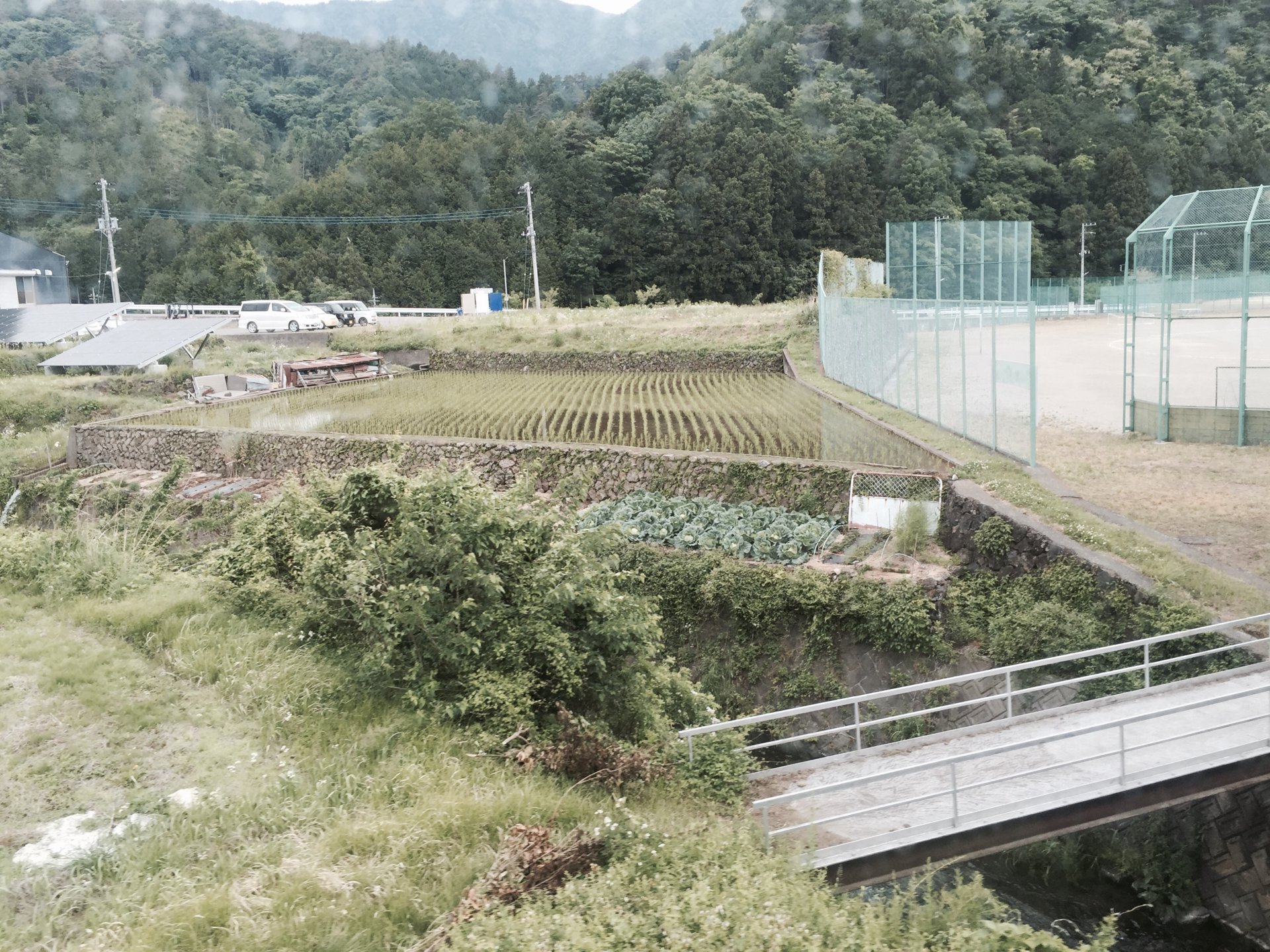 Together with first view of our target. I don't think we will get to the top on road bikes, but will go as far as the road does

Well I got there 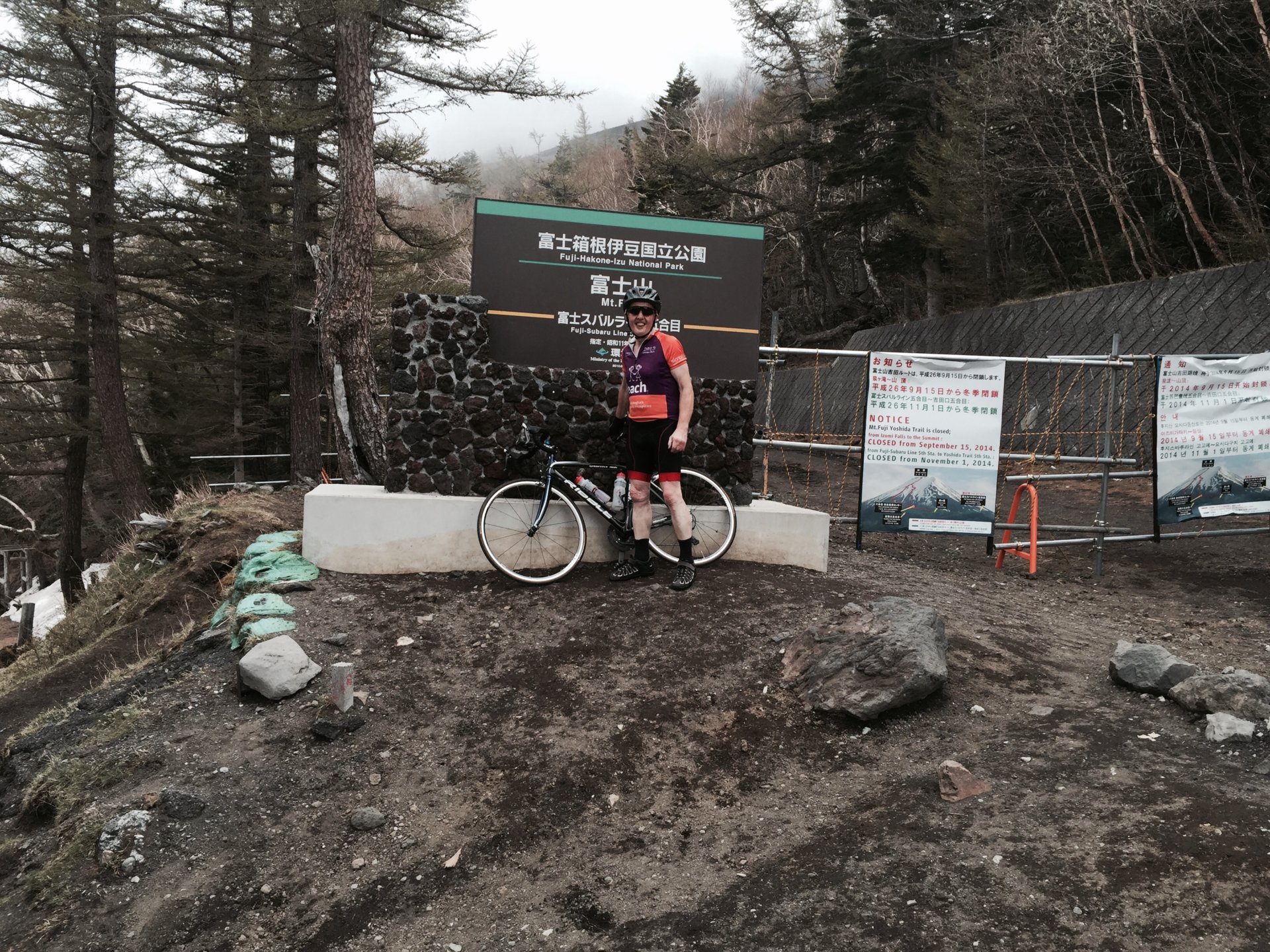 Well done, didnt doubt you would make it though

llamedos said:
Well done, didnt doubt you would make it though
Click to expand...

Cheers
Here is our train back to Tokyo 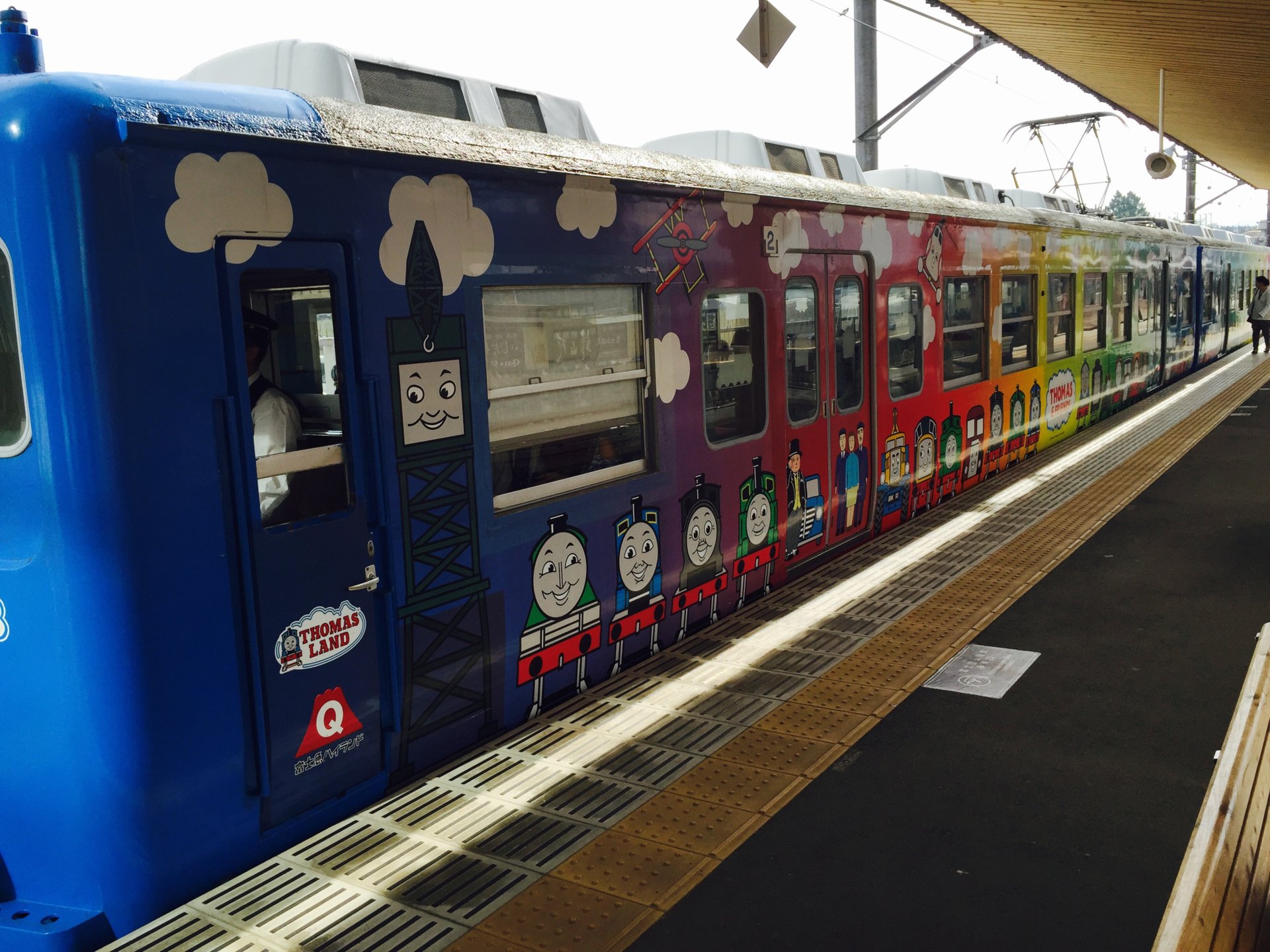 That is a Happy smiley Train, Love it

Travelling in Japan is easy but can be hectic! Our local mainline station is Shinjuku. This station not only serves the mainline but also about a dozen underground rail networks. It is easily the largest station in the world by sheer volume, handling 3,500,000 passengers a day. Getting round it can be daunting, the rail system is entirely private and the different companies don't necessarily talk to each other. You cannot find signage all over the station for all the networks. Given there are over 300 entrances it can be difficult to get to your intended destination if you do not know the layout. Many of the signs are only in Japanese. However all the staff are unfailingly courteous and helpful if they can be, rushing to find someone who can speak English.
My son is a bit of a foodie and given that breakfast in the hotel is erratic we decided to go to the station where a cafe is highly recomended. It took us an hour to find this cafe ( google maps etc are very unreliable as often the map requires the destination in Kanji rather than Roman lettering )
We joined the inevitable queue, after 10 minutes the staff took pity on us and told us we needed a booking and the earliest they had was in half an hour!
Starving by now , but having nothing else to do, we waited about and indeed we had as good an omelette , scrambled eggs and French toast as you will find anywhere. It was fairly expensive though, with coffee and juice etc it came to £30 but should see us through till dinner time.
Next the battle was to find our platform to get the underground back to our hotel, why we did this I don' t know as it would have been far quicker to walk the kilometre.
Strangely we had far less hassle finding our way to Fuji, except I did get lost returning to the station , when Google again took me to the wrong one, thankfully it was less than a mile to the right one and I was in the bike.
Cycling in Japan is very easy as the drivers are exceptionally well behaved on the roads always giving bikes priority

Thanks for sharing your adventures Stephen.all very interesting
Nick...

Things are looking good, the forecast is a southerly breeze, which as we are heading north could not be better. We are booked to do about 110 miles tomorrow so it will be very welcome. It is fairly flat for the first couple of days so should not tax us too much. However it is going to take most. Of the day to get out of this vast conurbation.

The biggest danger inTokyo is certainly being mown down on the pavements by a bike. It is perfectly legal, but the bikes are large often carrying mother and up to 2 children of ages up to 6/7.
I am shy of taking pictures of families on the move but this is such a bike 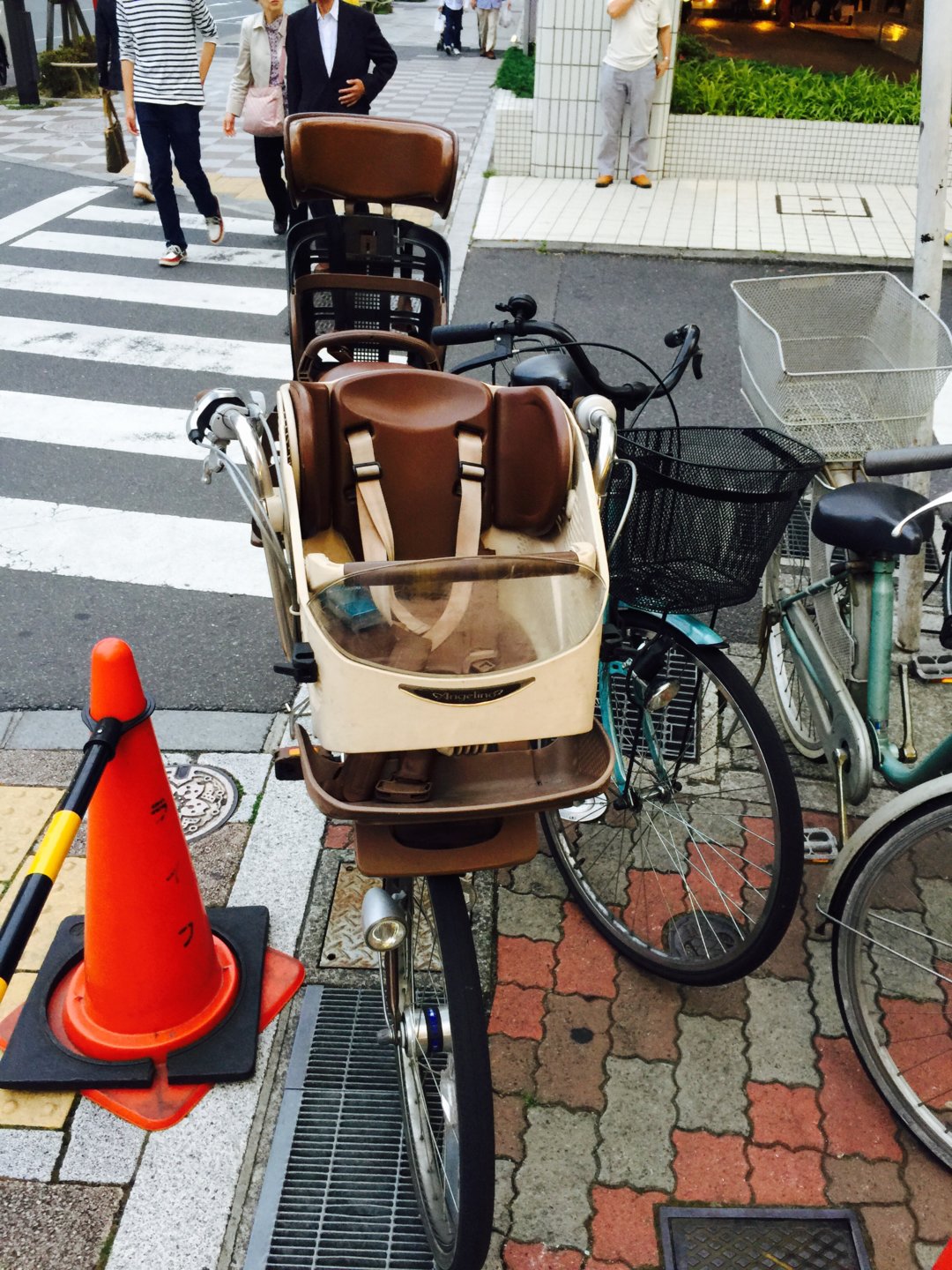 Notice even a windscreen for the front passenger. Sometimes it is not just children 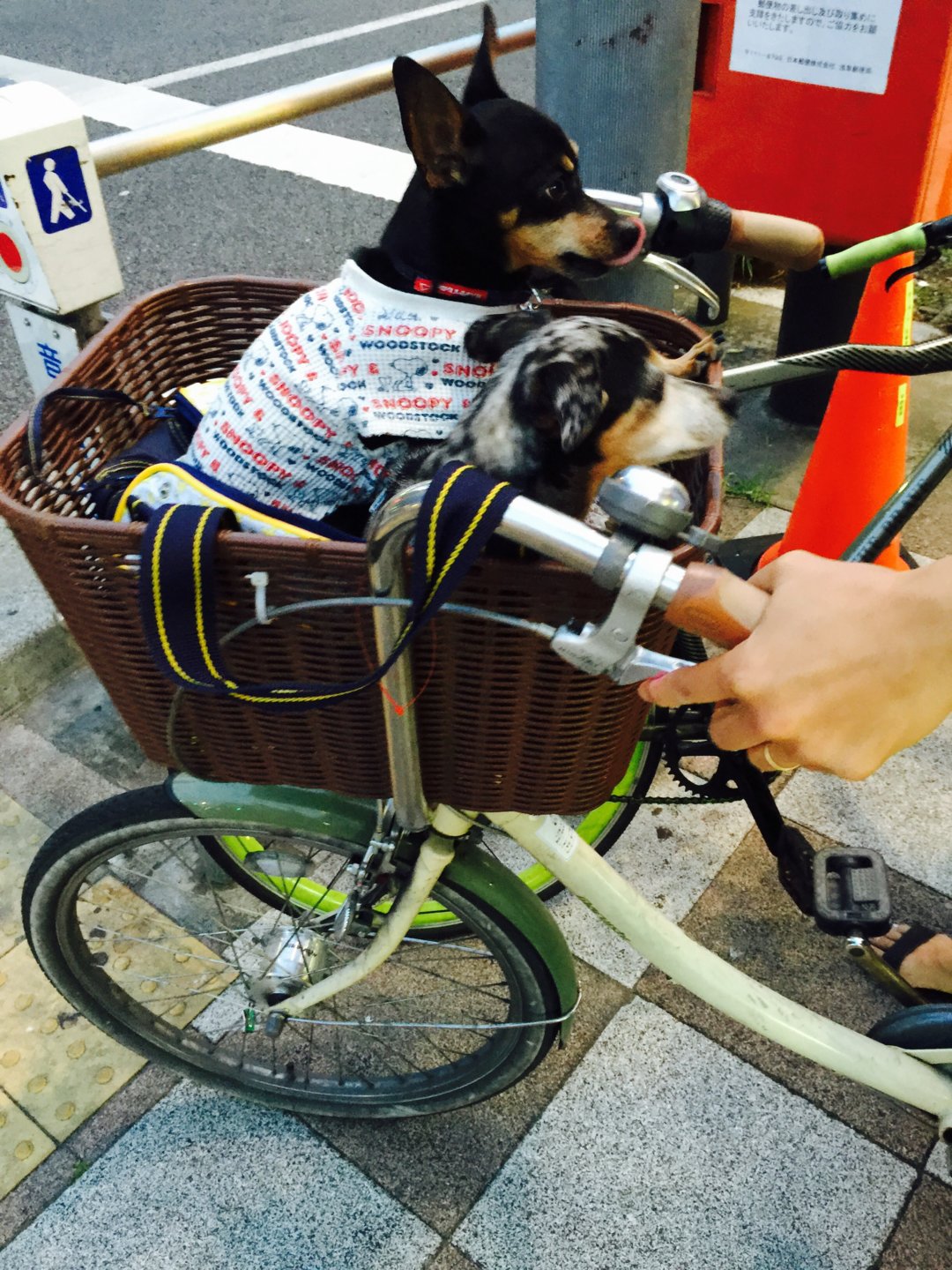 This is outside a supermarket where I took the opportunity for some more pics
Fat steak anyone? 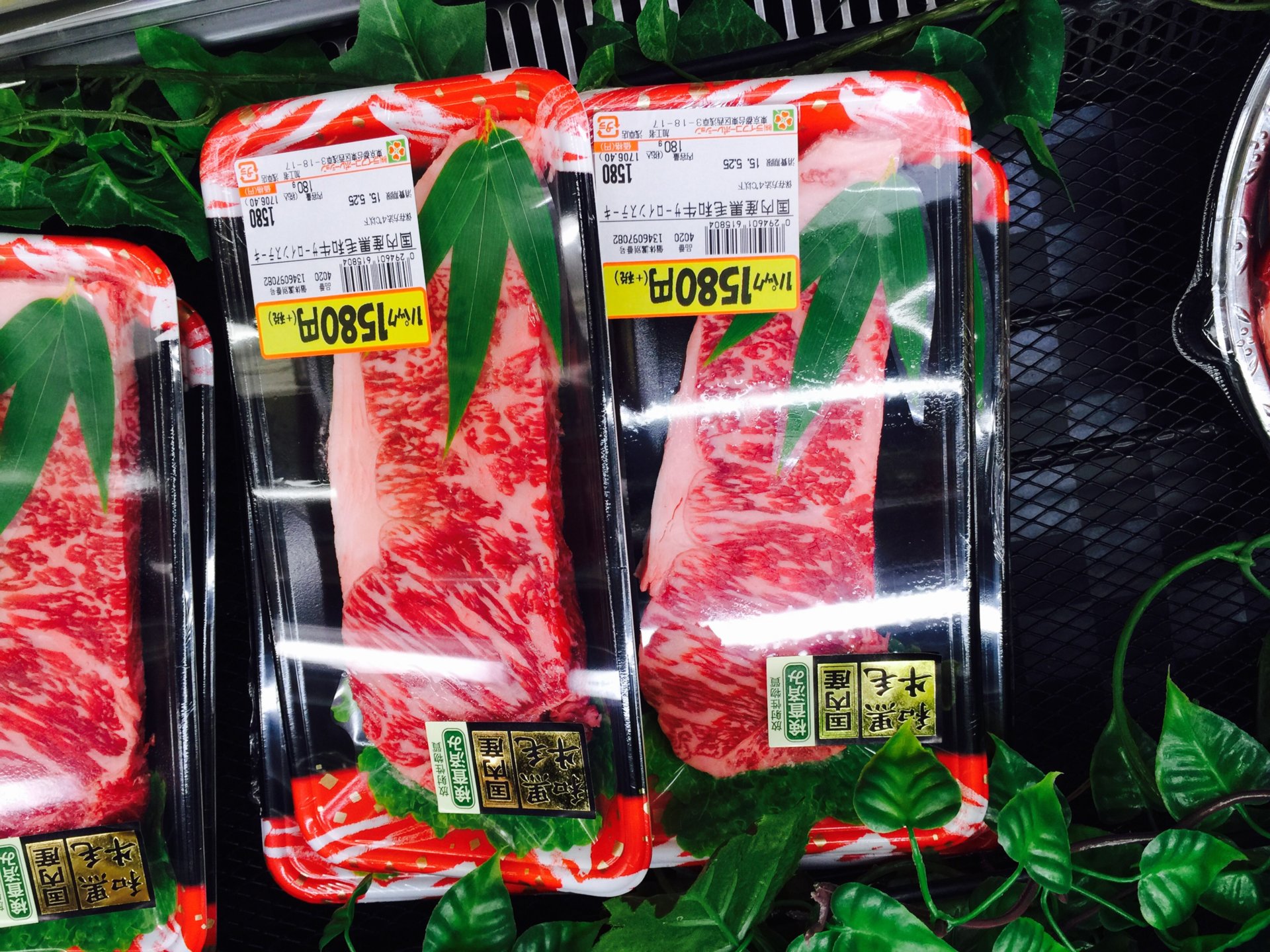 Well marbled maybe not the very best Wagyu, but I suspect not any British shoppers would pick it up. 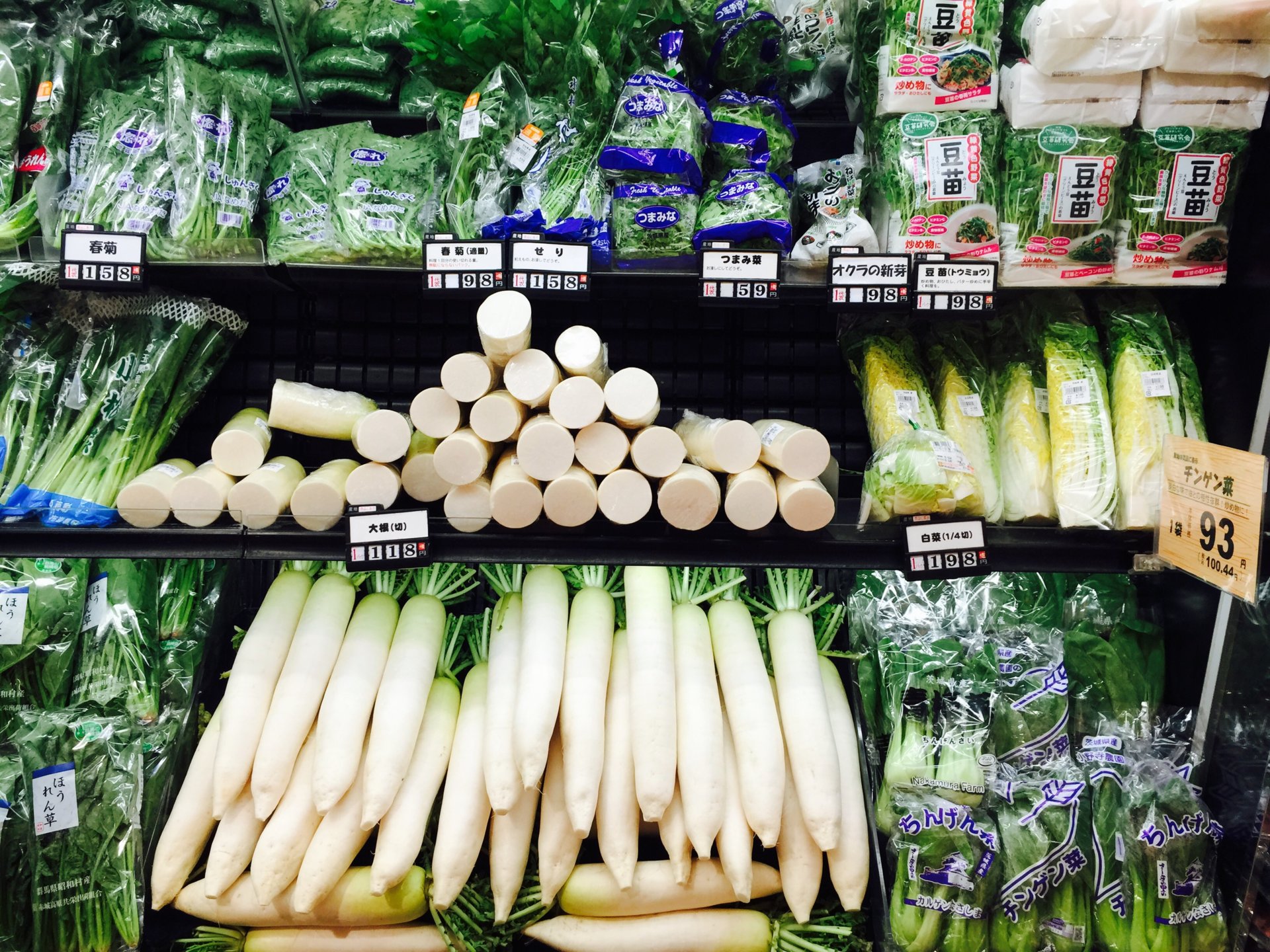 Veg looked more tempting, ever seen radishes sold in halves before?
And bread sold by the slice 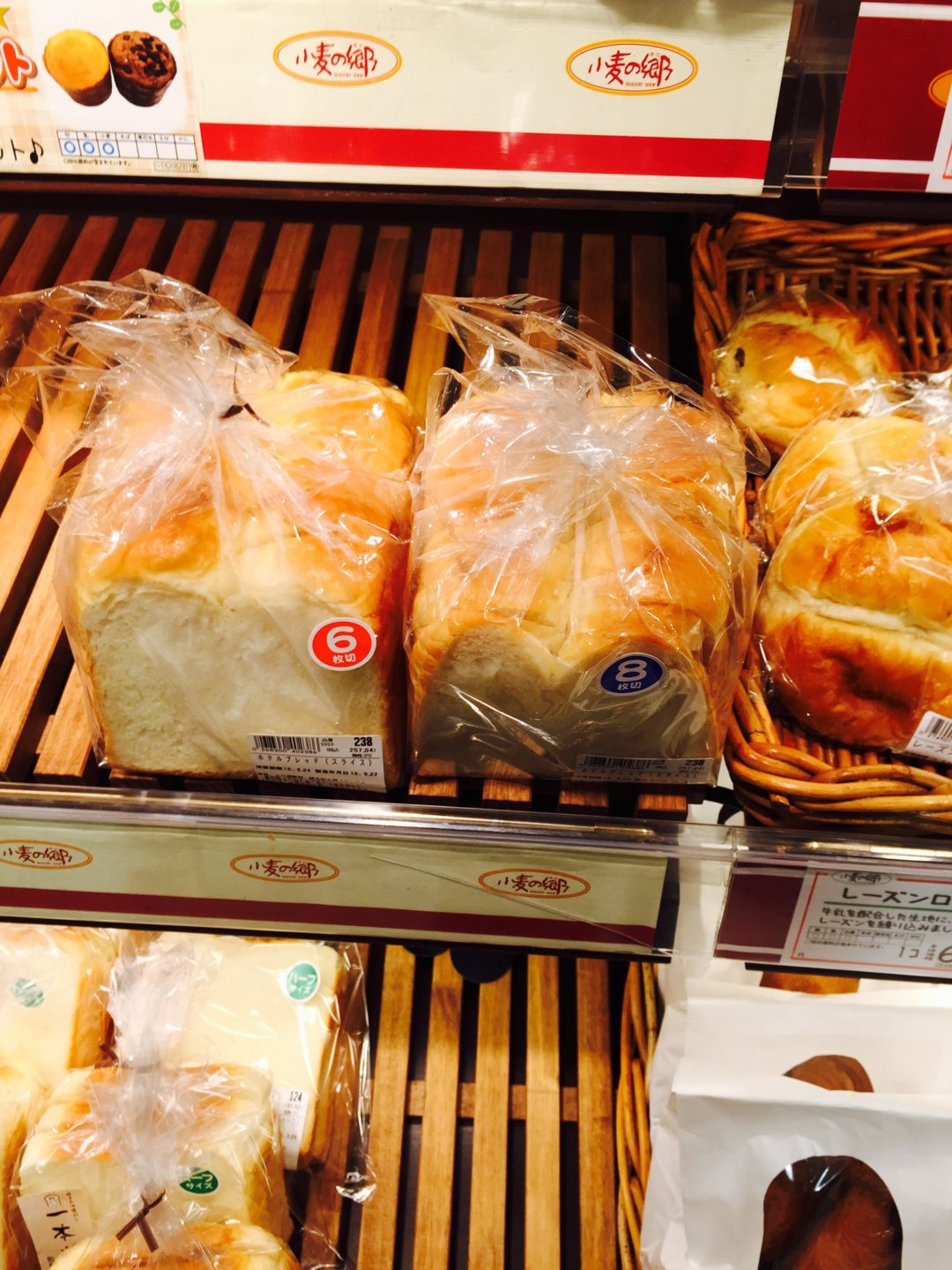 Anything from 2 upwards
Apologies for auto correct

Just seeing the dogs in the Bike basket reminded me, did anyone see Martin Clunes last night in Tokyo with ladies & their pampered pooches.

What sort of bike are you using?

I am on a carbon fibre road bike made by Ribble, fitted with 3 X 10 gears
Couple of pictures so far today 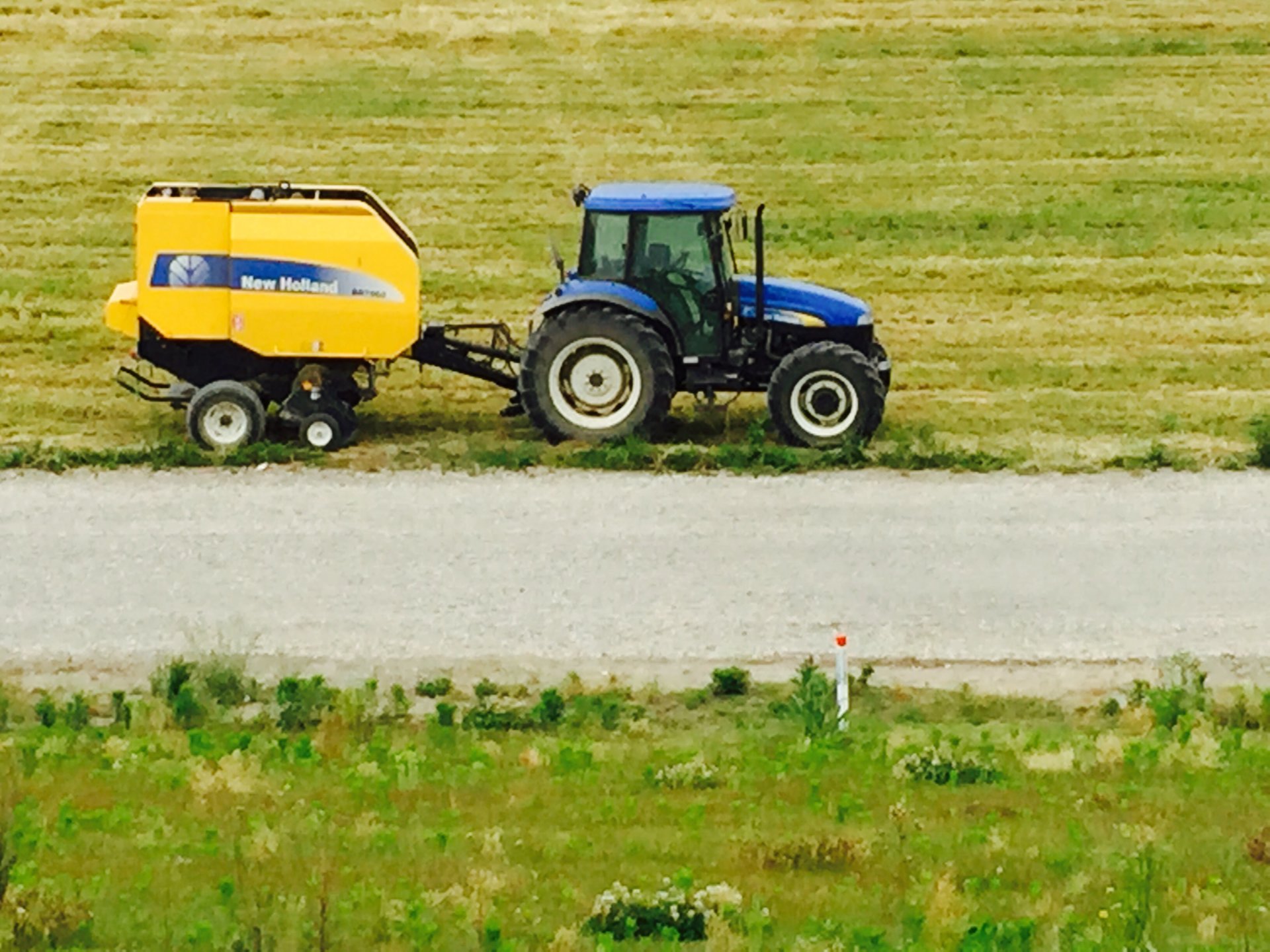 Hay finished here and harvest has started. Barley is ready and rice is being planted

Exfarmer said:
I am on a carbon fibre road bike made by Ribble, fitted with 3 X 10 gears
Couple of pictures so far today
View attachment 156388
Hay finished here and harvest has started. Barley is ready and rice is being planted
Click to expand...

Getting ready for today's run 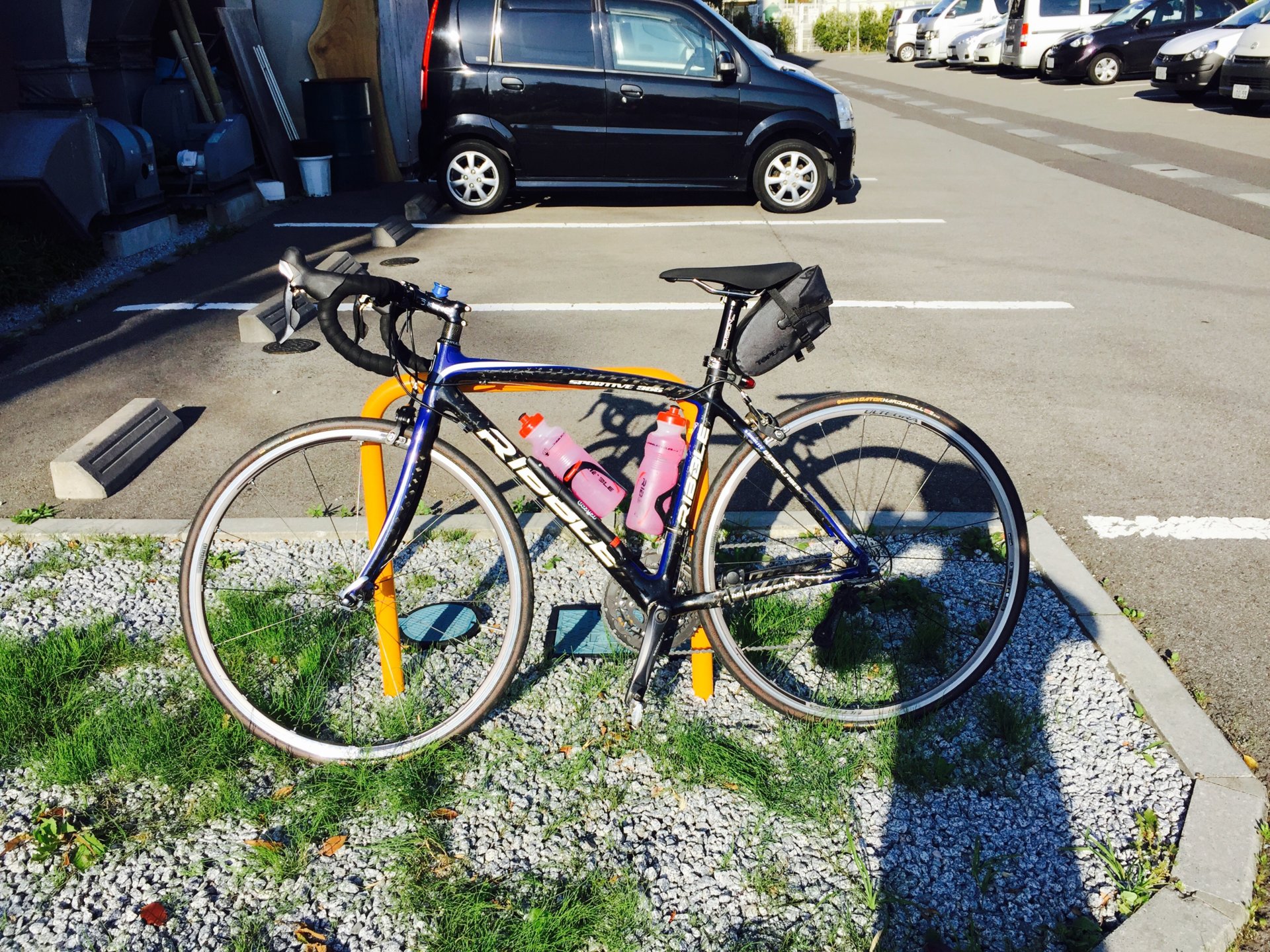 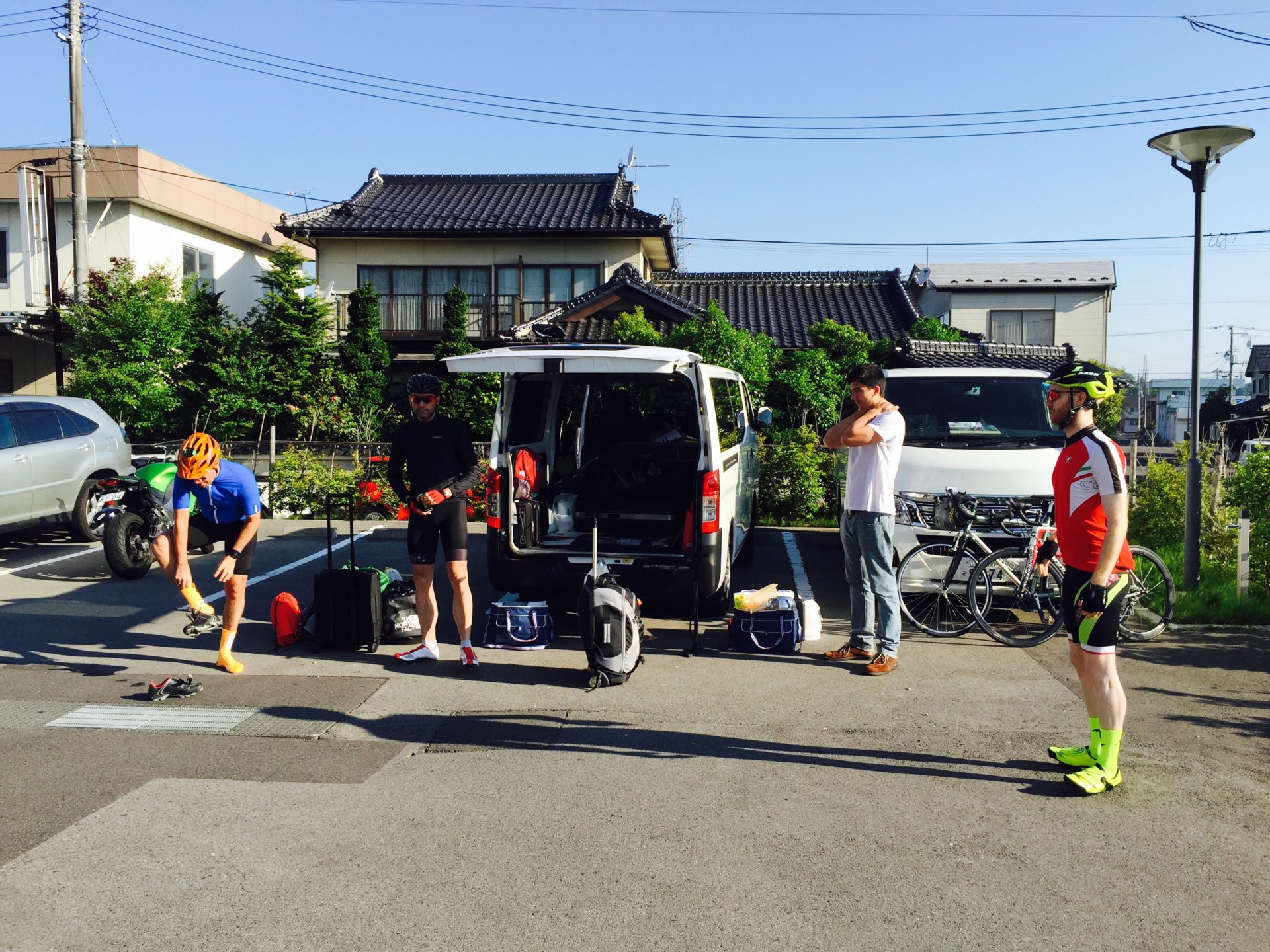 My companions, Oli my son in the fluorescent socks , Daniel and Jerome 2 Swiss guys who live in Singapore. We are accompanied by the tour leader Humphrey Wilson, Adrian our interpreter and Tung our Vietnamese mechanic.
A few pictures from today. 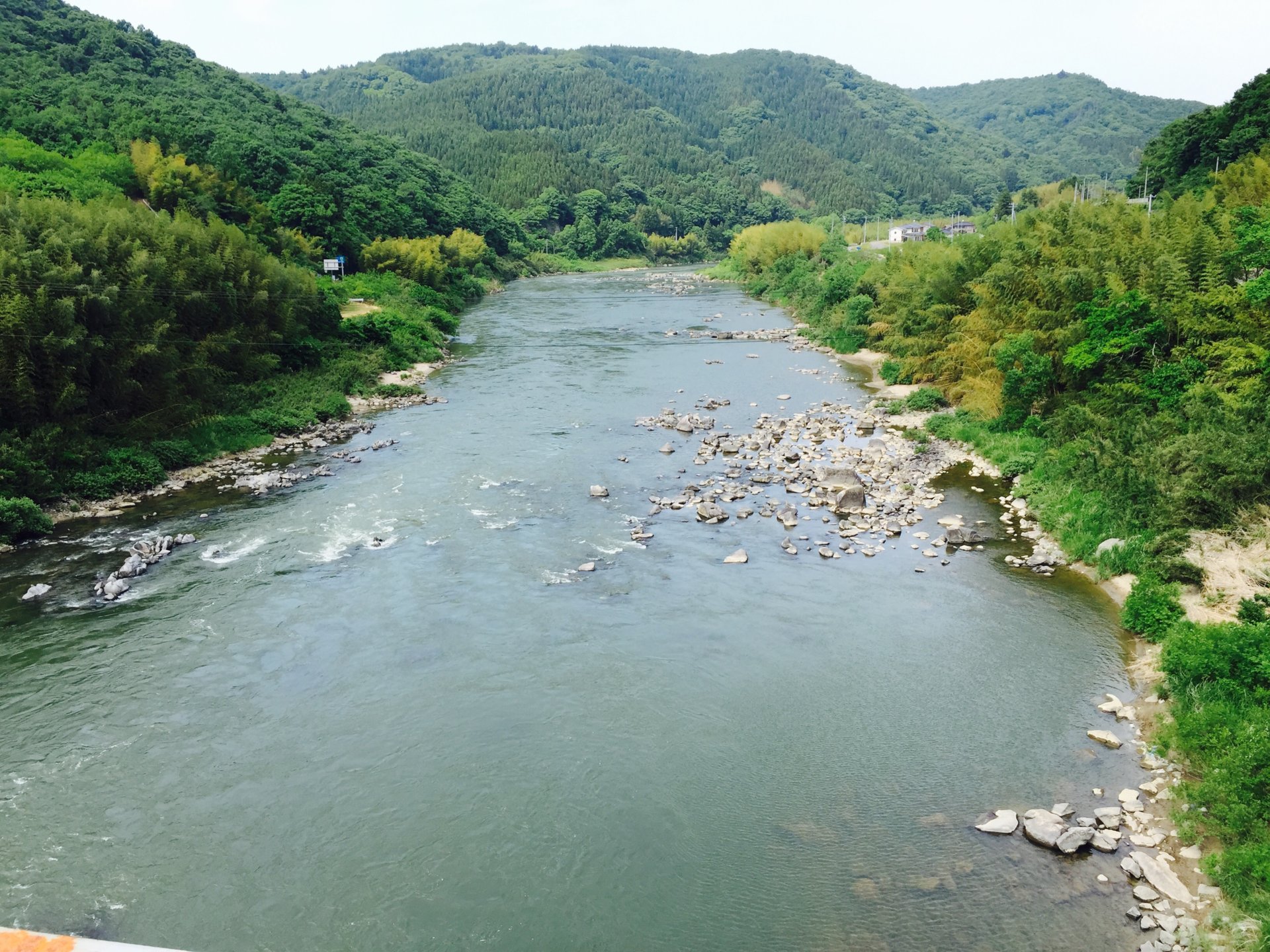 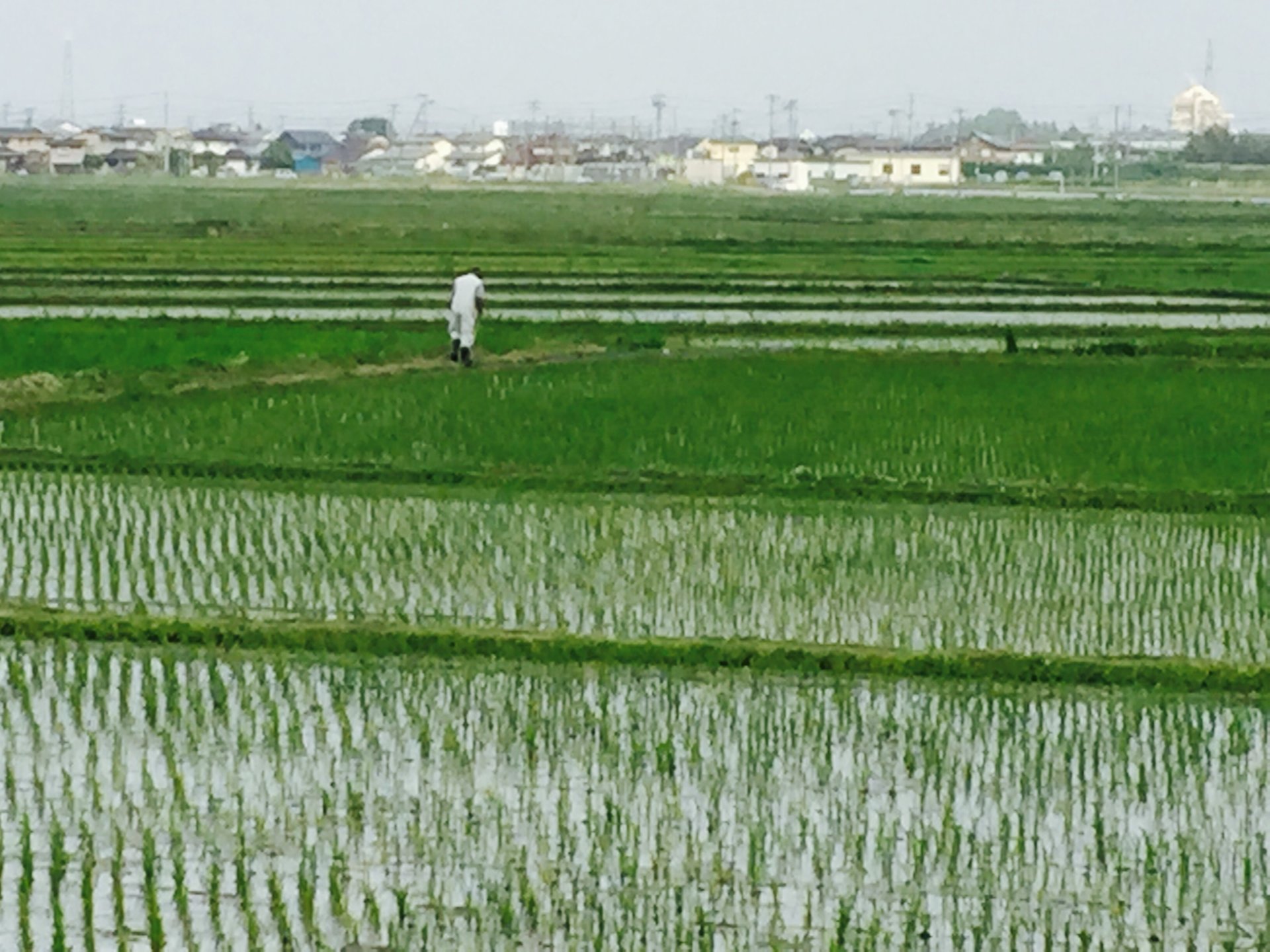 This chap is going round his paddy checking for leaks. No idea how much they pay for the water as they seem to fill the paddy till it is overflowing, sometimes all over the road. Finally one of an exfarmer struggling through the paddies 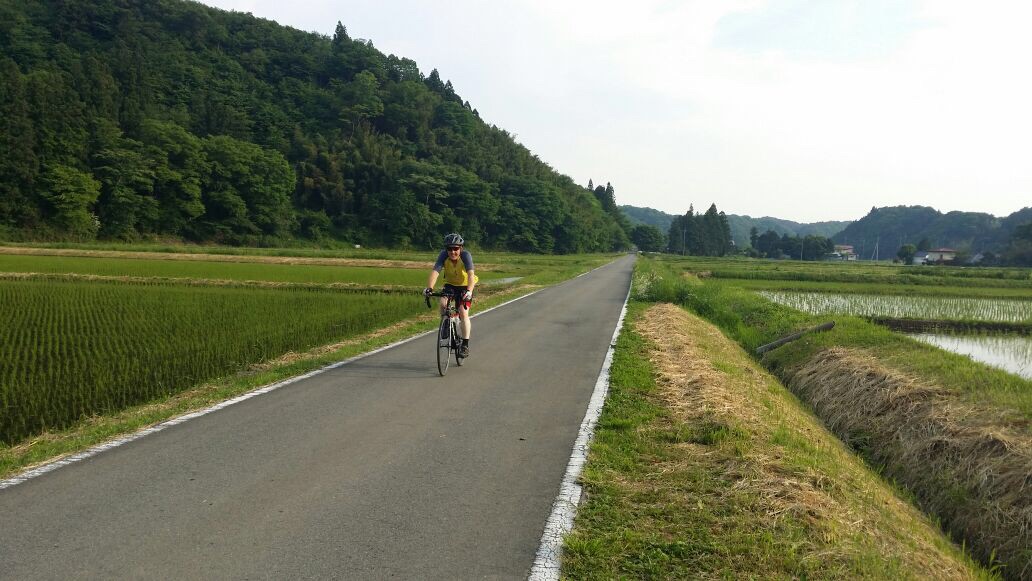 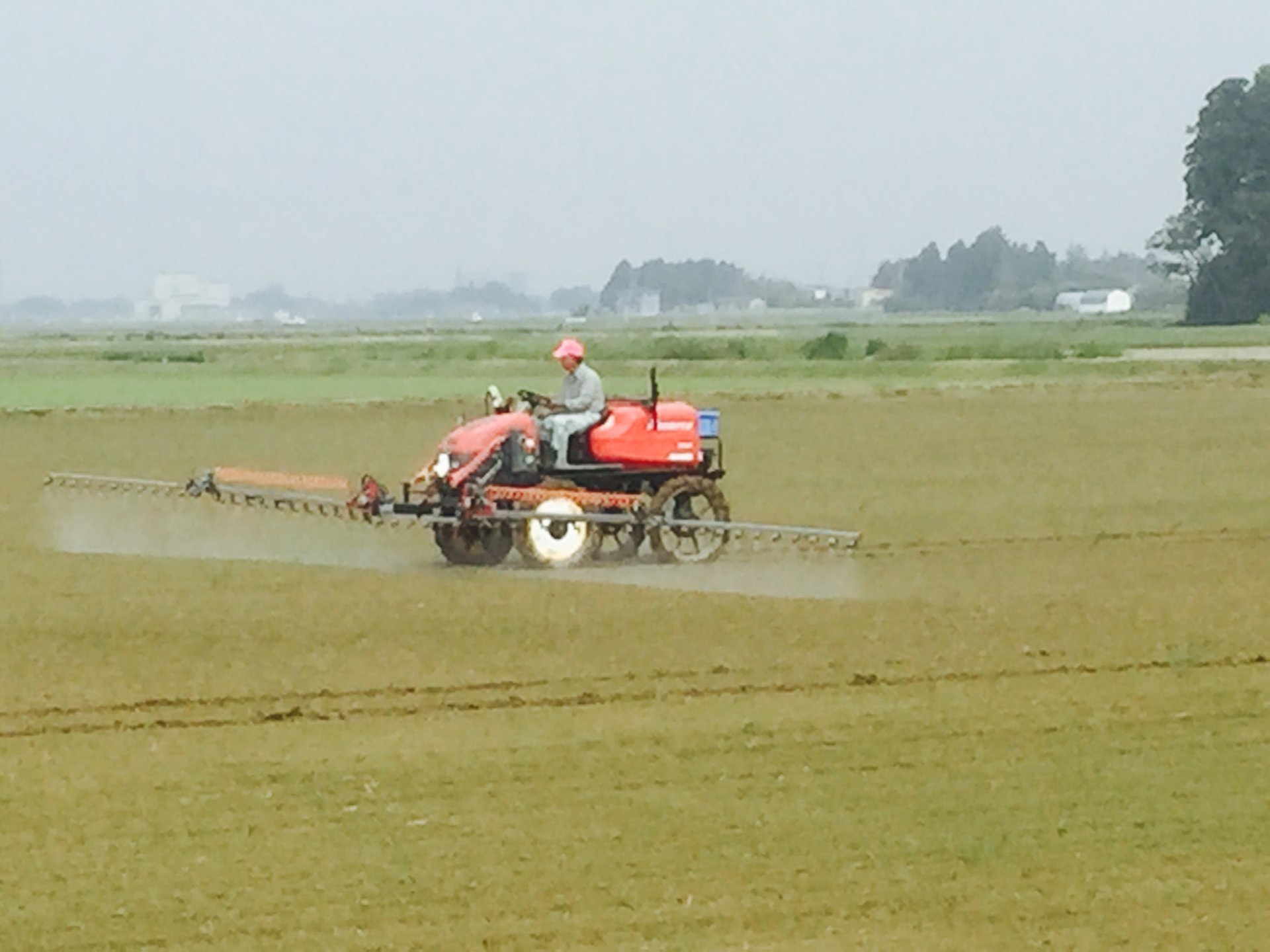 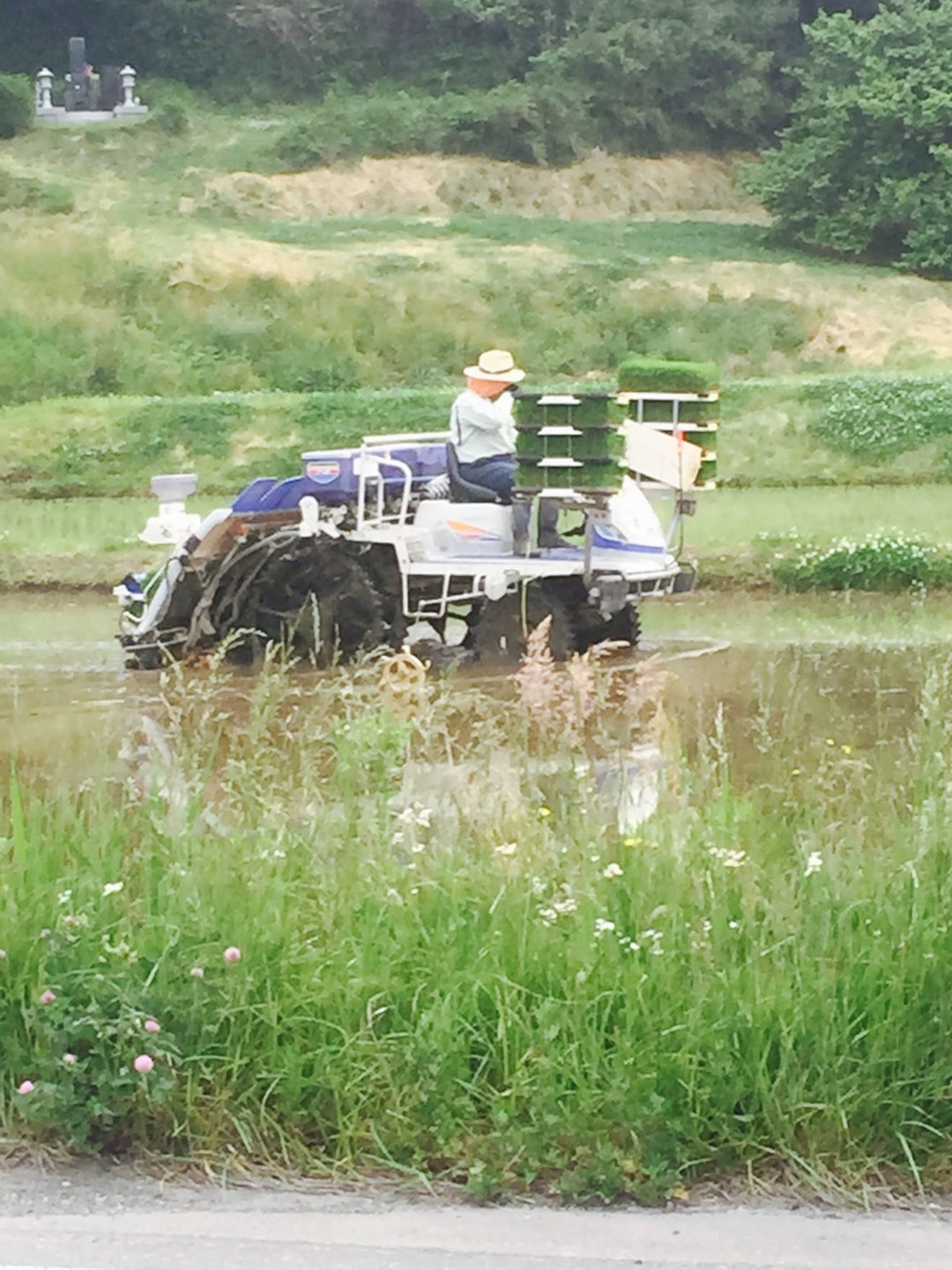 Hi S / @Exfarmer. Really enjoying the photo blog from Japan, only been the once myself. With your permission, I'm going to change the title slightly and then promote your thread on to the News portal

Safe peddling , Ixworth will never seem the same I'm sure !

A few more pictures from today 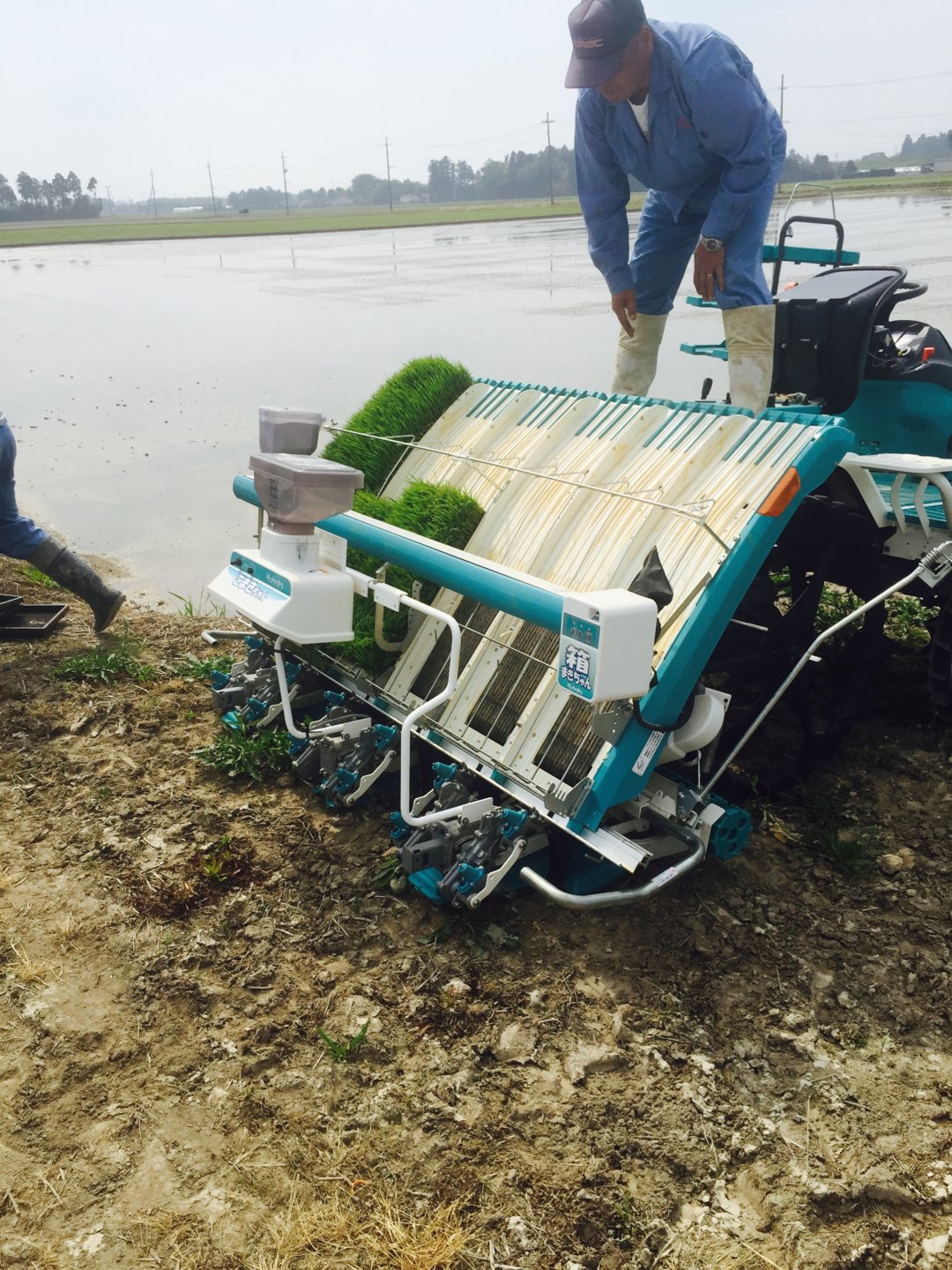 Loading the rice planter. It is grown in a nursery in these blocks and the machine plants one at a time not sure how. I was riding on my own today so had a little more time for picture taking , but with 118 miles to cover not long 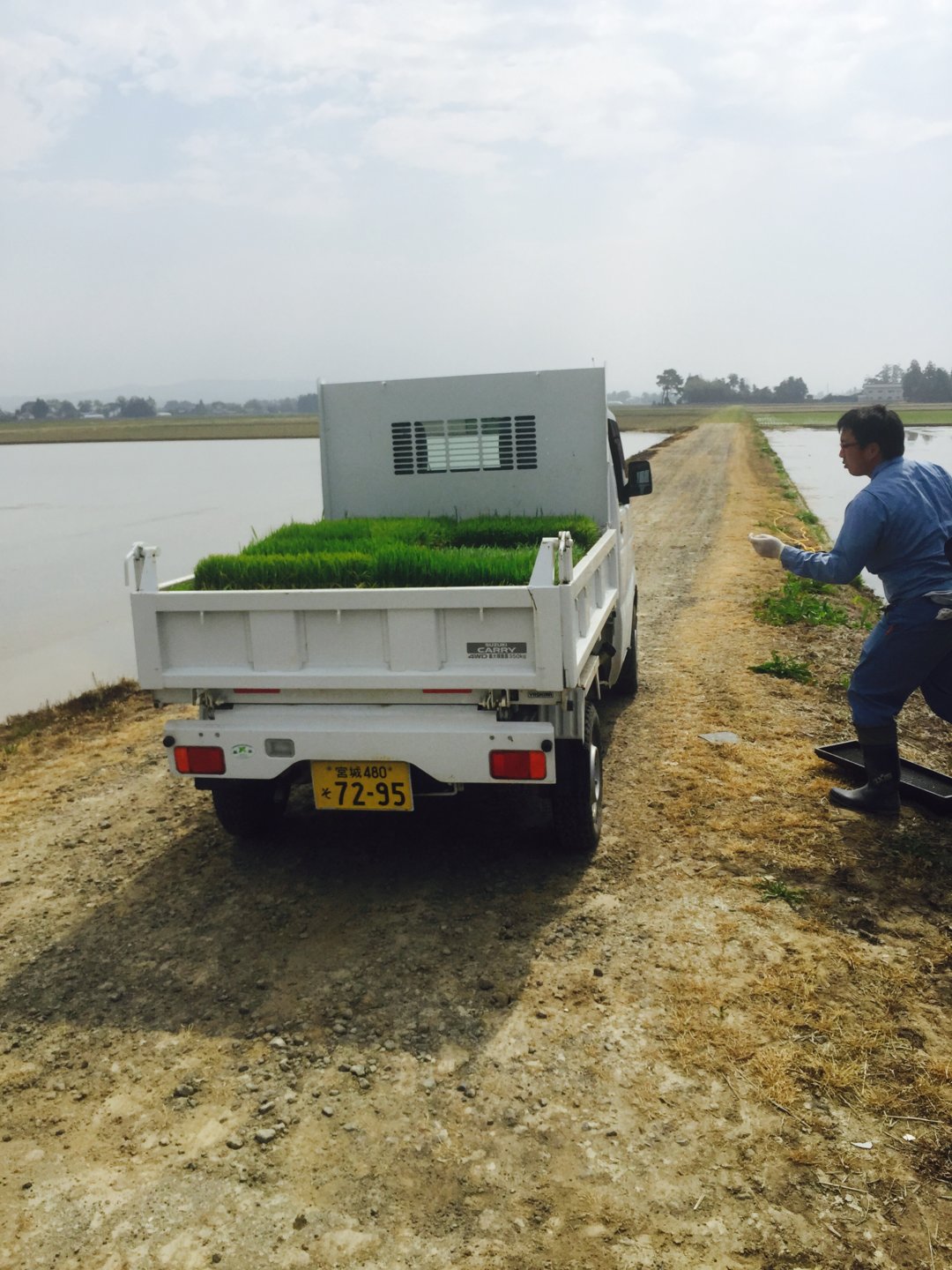 The Japanese farmers pick up, do not see anyofthe larger style Toyota, Nissan vehicles we are used to in Europe note the blocks of rice plants in the back
A welcome sight 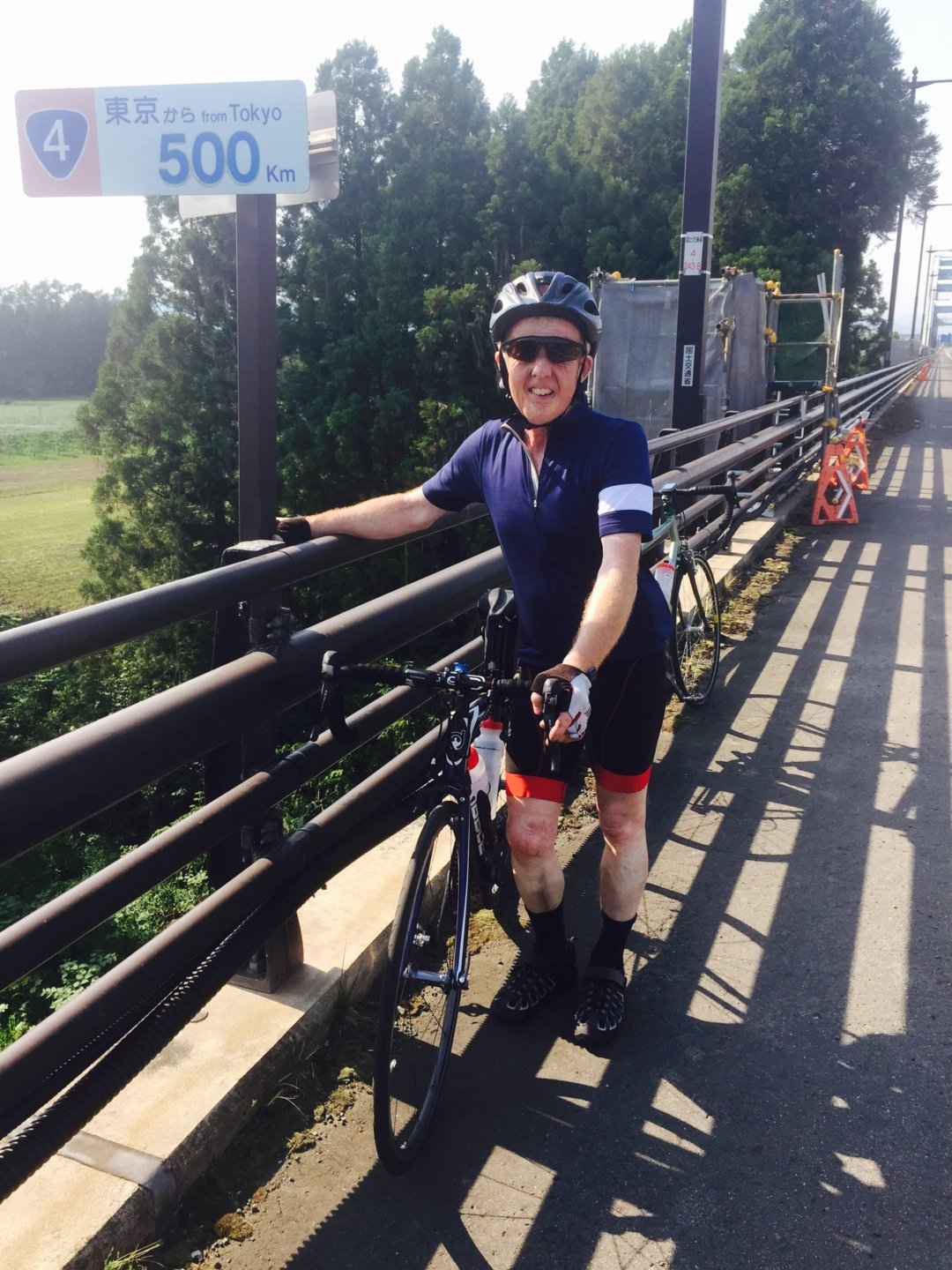 We have covered over 330 miles tonight, and I am shattered time for beer, food and bed