FAO: Agriculture is key to lasting peace and security

Written by Stella Meehan from Agriland 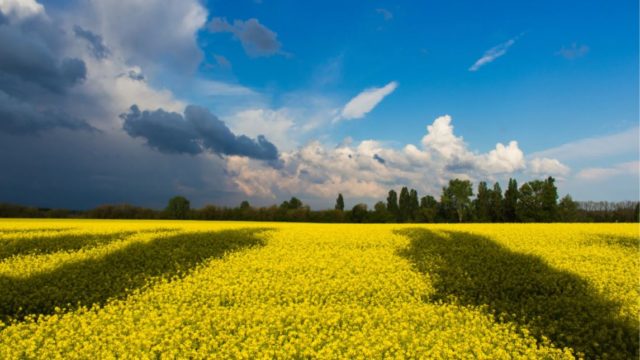 The head of the Food and Agriculture Organization of the United Nations (FAO) has called for greater funding for agriculture to ensure there is available and accessible food in crisis situations.

“My message today is more relevant than before – agriculture is one of the keys to lasting peace and security.”
Click to expand...

Despite its critical importance, Qu noted that only 8% of total funding for the humanitarian food security sector goes to agriculture.

Meanwhile, the war in Ukraine risks adding to the already rising number of people threatened by food insecurity around the world, the FAO chief added.

In 2021, the number of people experiencing acute food insecurity rose to nearly 193 million, up 40 million from 2020, and is set to increase further this year, according to the Global Report on Food Crises.

Afghanistan, Somalia, South Sudan and Yemen are all facing risks of famine.

The latest rise is the result of several factors, including the Covid-19 pandemic and the climate crisis.

However, conflict remains the single biggest contributor to global hunger. Between 2018 and 2021, the number of people in crisis situations in countries where conflict was the main driver of acute food insecurity increased by 88%, to just over 139 million, Qu said.

The war between Russia and Ukraine, two of the world’s biggest suppliers of wheat and sunflower oil, has disrupted exports and logistics and seriously affected food availability.

In addition, the increase in energy and fertiliser prices is putting the next global harvest at risk. According to FAO’s latest scenarios, the conflict could increase chronic undernourishment by an additional 18.8 million people by 2023.

The FAO reached more than 30 million people worldwide with emergency agricultural assistance and resilience-building programmes in 2021.

In Afghanistan e.g., FAO supplied three million people with wheat cultivation packages that cost $160 each and meet the staple cereal requirements for a family of seven for an entire year.

In Ethiopia, despite access challenges, the seeds and planting materials provided by FAO and Agriculture Cluster partners allowed local farmers to produce 900,000t of food; five-times more than the humanitarian and commercial food supplies that entered the region.

However, severe challenges remain, according to the organisation.

To prevent the acceleration of acute food insecurity trends in the coming months and years, Qu stressed the importance of expanding food production at the country-level by providing cash and critical inputs for cereal and vegetable production; as well as protecting livestock with treatments, vaccinations, feed and water.

“Agrifood supply chains and value chains must be strengthened with the engagement of the public and private sector in support of smallholder farmers and households,” Qu said.
Click to expand...

Qu also called on the global community to allocate new resources to sustain agricultural production in challenging contexts and to invest more in innovation and new technologies, especially in water management, and in more transparent market information systems.

“Members urgently need to transform their agrifood systems to be more efficient, more inclusive, more resilient, and more sustainable for better production, better nutrition, a better environment and a better life – leaving no one behind,” QU said.
Click to expand...

The meeting in New York was chaired by U.S. Secretary of State Antony Blinken (the U.S is the current holder of the rotating Security Council presidency) and also saw the participation of UN Secretary-General, Antonio Guterres and the Executive Director of the World Food Programme, David Beasley.


Also Read:
UN: Food and fertiliser from Russia must return to world markets

The post FAO: Agriculture is key to lasting peace and security appeared first on Agriland.co.uk.