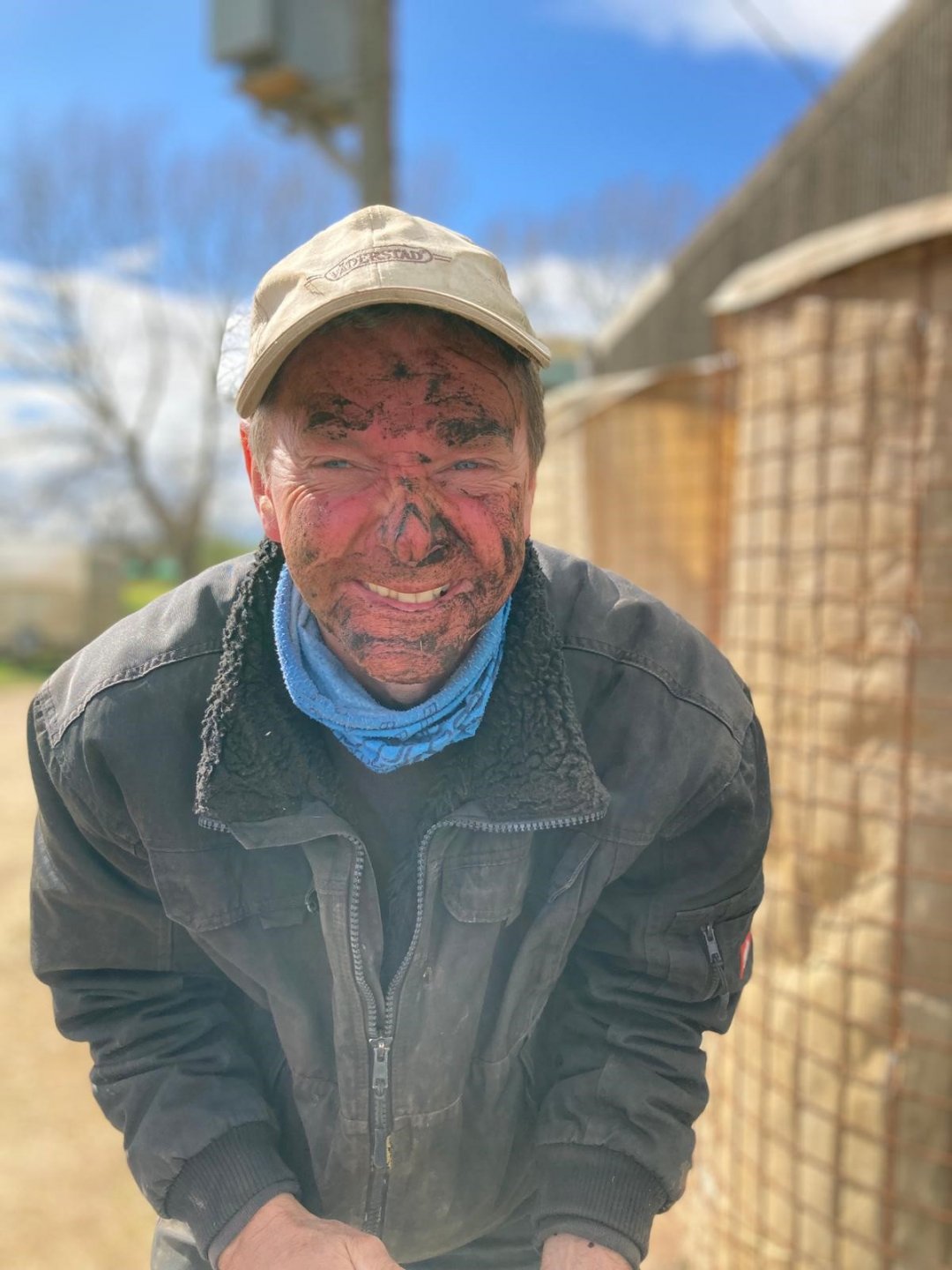 If you are reading this article, I will assume that you may well be at some point in the journey of Regenerative Agriculture. Although I have always been a passionate farmer, trying to become a regen farmer has enhanced my love of farming at what could be considered the latter part of my farming career. During lockdown my middle child Anna returned from being a self-employed sports’ photographer in London, she was already on board with the concepts of regen ag and has chosen to join me working on the farm. She has enjoyed working with our small flock of sheep, and we aim to grow the flock and integrate them into our arable system

I guess that it all started with the purchase of a Sumo D Spec Trio drill in 2012, I had seen it in the Farmers Weekly. There were only three ever made to my knowledge. The placement of the seed was a bit crude, but it worked, and we had some good crops from this one pass system. We then moved on to a Sumo DTS, this drill has been a brilliant steppingstone into reducing soil disturbance and creating level fields, which are desirable for smooth operations within a direct drilling system. More recently we gained a grant to buy a Horizon direct drill, which in its first season has produced some excellent looking crops.

In 2015, I read ‘Growing a Revolution’ by David Montgomery, quickly followed by ‘Holistic Management’ by Alan Savoury and then ‘Dirt to Soil’ by Gabe Brown. There have been many other books and I guess my ambition would be to try to leapfrog the soils on our farm to those on Gabe’s farm, hence the journey began.

The rotation has changed from predominantly wheat/rape to include more varied cropping, new crops such as Quinoa, and herbage seed, together with Birds Eye peas and Oil Seed Rape create our first wheat options. After over forty years of growing carrots, the sand land has now been let out to another farmer for an outdoor pig rotation. They are good operators, and we hope that we can improve the organic matter percentage on those less productive fields.

My education into this new system of farming has benefitted from becoming a BASE-UK member, it is a wonderful knowledge exchange organisation. Within the last year Rebecca Goodwin, the Base administrator has sourced some exceptional speakers for a multitude of Zoom presentations. Disappointingly the research in the UK does not appear to be providing the cutting-edge information that I am seeking to extend my knowledge, and I find myself spending winter evenings watching international researchers such as Joel Williams, Christine Jones, and Elaine Ingham on YouTube. 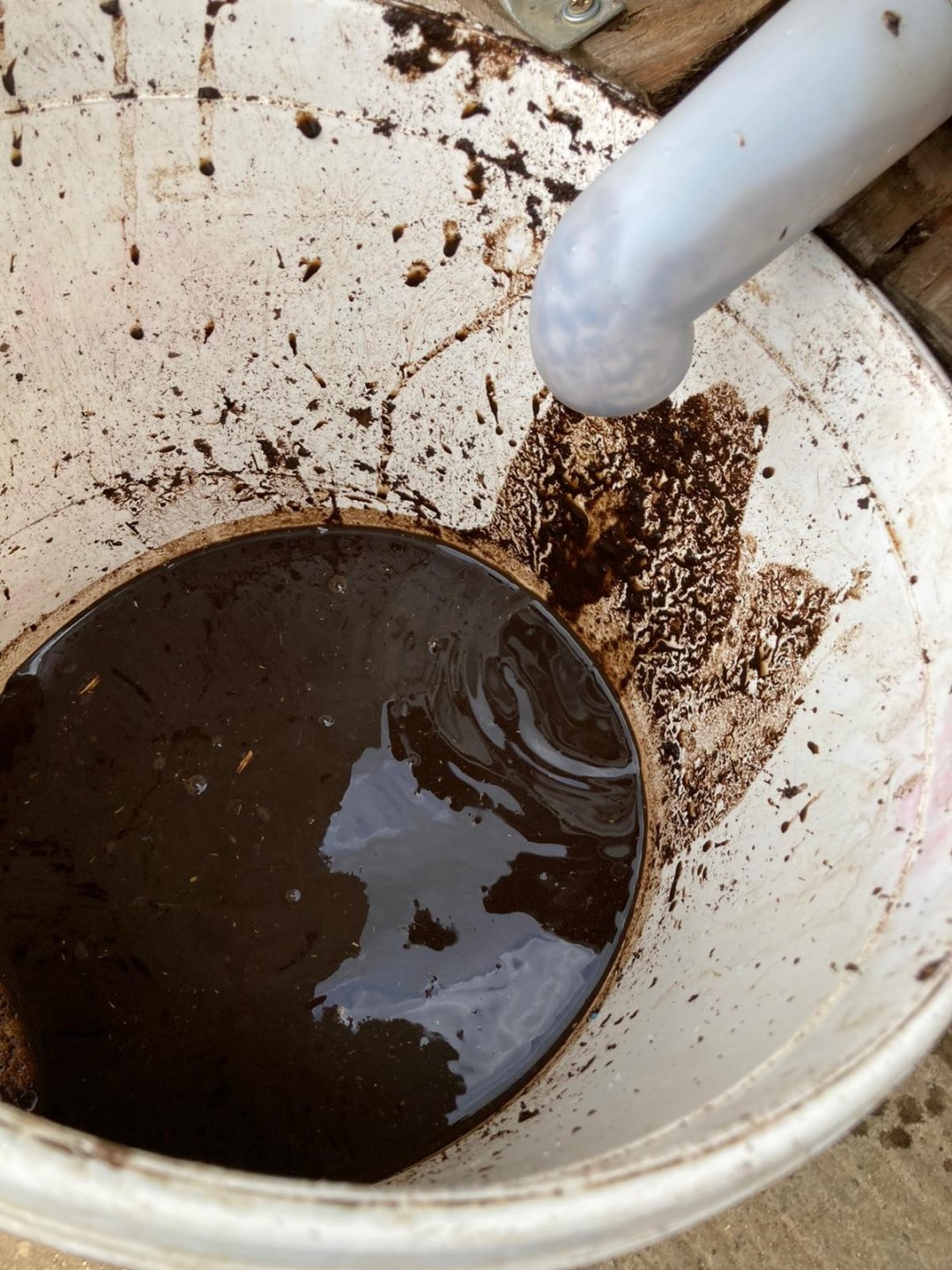 Luckily my independent agronomist whom I have worked with for over twenty years has embraced regenerative farming. He has joined BASE-UK and we are learning together. Within the last year we have formed a small Agronomy group in North Lincolnshire and the East Riding of Yorkshire, and we are using the consultancy of RegenBen to accelerate our knowledge and understanding. Regrettably the UK Universities and Agricultural Colleges appear to have dismissed regen ag and have in my opinion found themselves behind the curve. Consequently, farmers and even Government Agencies are presently seeking knowledge from a very small pool of Regen/Conservation Ag consultants.

In addition to the progression to direct drilling we have carried out gold standard soil sampling to help us, and our Agronomists, understand the strengths and weaknesses of our soils. We are also using Sap analysis to fine tune the nutrient requirements and observe and react to, nutrient excesses, which can occur throughout the growing season.

I have completed a few carbon calculators and they have become a lot more refined since their conception. One thing that stands out as a negative in our quest for net zero carbon emissions, is the fertiliser usage and in particular the nitrogen fertiliser. I know that many farmers will say that the fertiliser manufacturers should be responsible for offsetting their carbon emissions, this may well happen, but the consequences will be an increase in the cost of fertiliser. With the correct soil biology, it is possible to reduce the use of nitrogen. Indeed, it may only be through the reduction of nitrogen and other fertilisers that we will gain that healthy soil biology. Consequently, we are working towards reducing all fertilisers. especially nitrogen. To help gain that nitrogen efficiency, molasses have been added to the liquid nitrogen application, and some of the trace elements that Joel Williams recommends have also been applied with the nitrogen fertiliser.

We met up with Thomas Gent a few weeks ago to enable us to understand more about his carbon credit scheme. There are a lot of positives but also a few negatives that will need to be addressed in time. Some of the negatives for me are the fact that permanent pasture, hedgerows, margins, and woodland are ineligible within the proposed scheme. After reading the last issue of Direct Driller which highlighted the potential removal of glyphosate as a pesticide. I now have some reservations about locking into such a scheme for five or ten years,

In issue 9 of the Direct Driller magazine, I reported on my visit to the National No-Till conference in the USA. One of the highlights of the conference was a presentation by David Johnson about the loss of aerobic fungi within our soils.

David, and his wife Su had developed a compost bioreactor to produce these fungi. For those of you unfamiliar with this, more information can be found on numerous YouTube videos. Naturally keen to produce aerobic fungi, I returned from the conference, and I tried to follow David’s blueprint and built two bioreactors. Apart from daily watering, adding worms and a few temperature measurements you must wait a year to make the optimum compost and even that is not a guaranteed outcome. 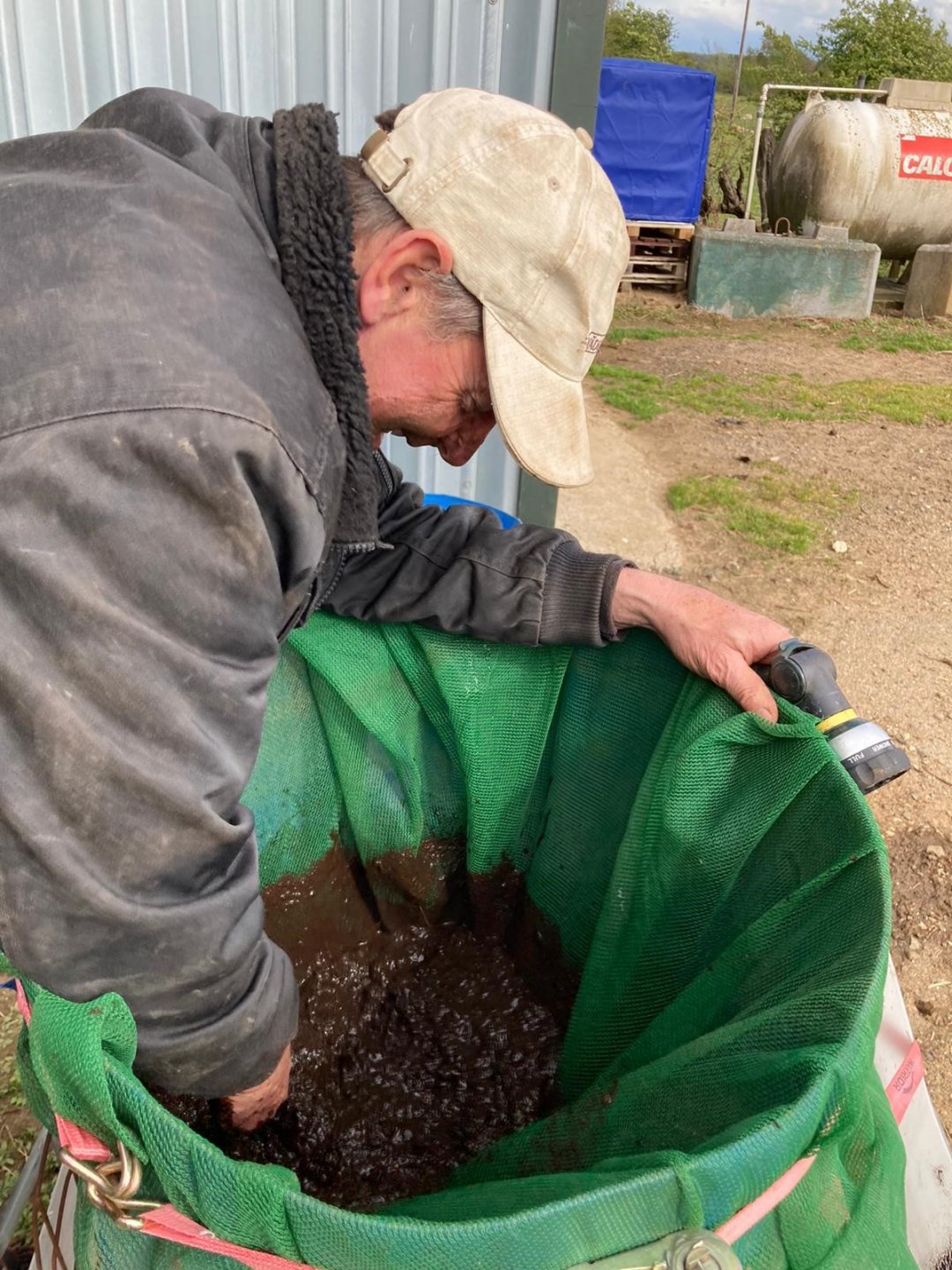 Thoughts then arise about how the compost will be applied on a scale somewhat larger than David Johnson’s concrete mixer (as seen on YouTube). I followed the YouTube trail and came across the Haggerty family in Western Australia and although not shown in detail, they appeared to be blending the compost slurry with their seed in a grain auger which filled their drill.

I have read books about farming in Australia, in many places the soil is so fragile that it has only held together due to the benefit of thousand of years of low intensity Aboriginal farming. Unfortunately, the Europeans came along and rapidly destroyed the viability of many of the soils, to rectify this, some of the current generation of Australian farmers have become world leaders in implementing the regen strategies.

In my opinion, we are guilty of not really appreciating the soils that we have inherited in the UK. Those soils together with such a good climate (although now becoming more variable), can provide us with world record breaking crops. These fortuitous circumstances mean that if we adopt regen agriculture, we should or could progress more quickly than many other parts of the world.

Within the last year I received a copy of the No-Till farmer magazine from the USA. In it was an article about Ian and Di Haggerty which I thought was worthy of placing within the Direct Driller magazine.

The ‘No Hope in Heck’ article details the Haggerty’s early adoption to the regenerative system. They too had attended courses and seminars and slowly gained education and experience which enabled them to use that knowledge to gain a competitive advantage over their neighbouring farmers and to expand their acreage from 1600 acres to 65,000.

Like Gabe, they have taken not only low organic matter, but also saline sandy soils and created a sustainable system to build organic matter and increase production levels. By raising the organic matter, they have increased the water holding capacity and rebuilt soil structure. Retaining seeds and having “self-replacing livestock” the Haggerty’s have created a system where the seed/animal hits the ground running when it is born, this is called epigenetic progression, meaning that the genes of the parent, grandparents etc, inform the offspring, be it seed or animal what type of environment they are going to encounter or experience and how live and thrive in it.

Indeed, they have adopted all the principle of Regenerative farming and taken it to another level in what would be considered by many British farmers, a hostile farming environment. The system they have developed, has been named Natural Intelligence, they wish to build on the brand and produce optimal food and fibre which will hopefully command a premium in the marketplace.

I hope that you will read and enjoy the article.
Click to expand...