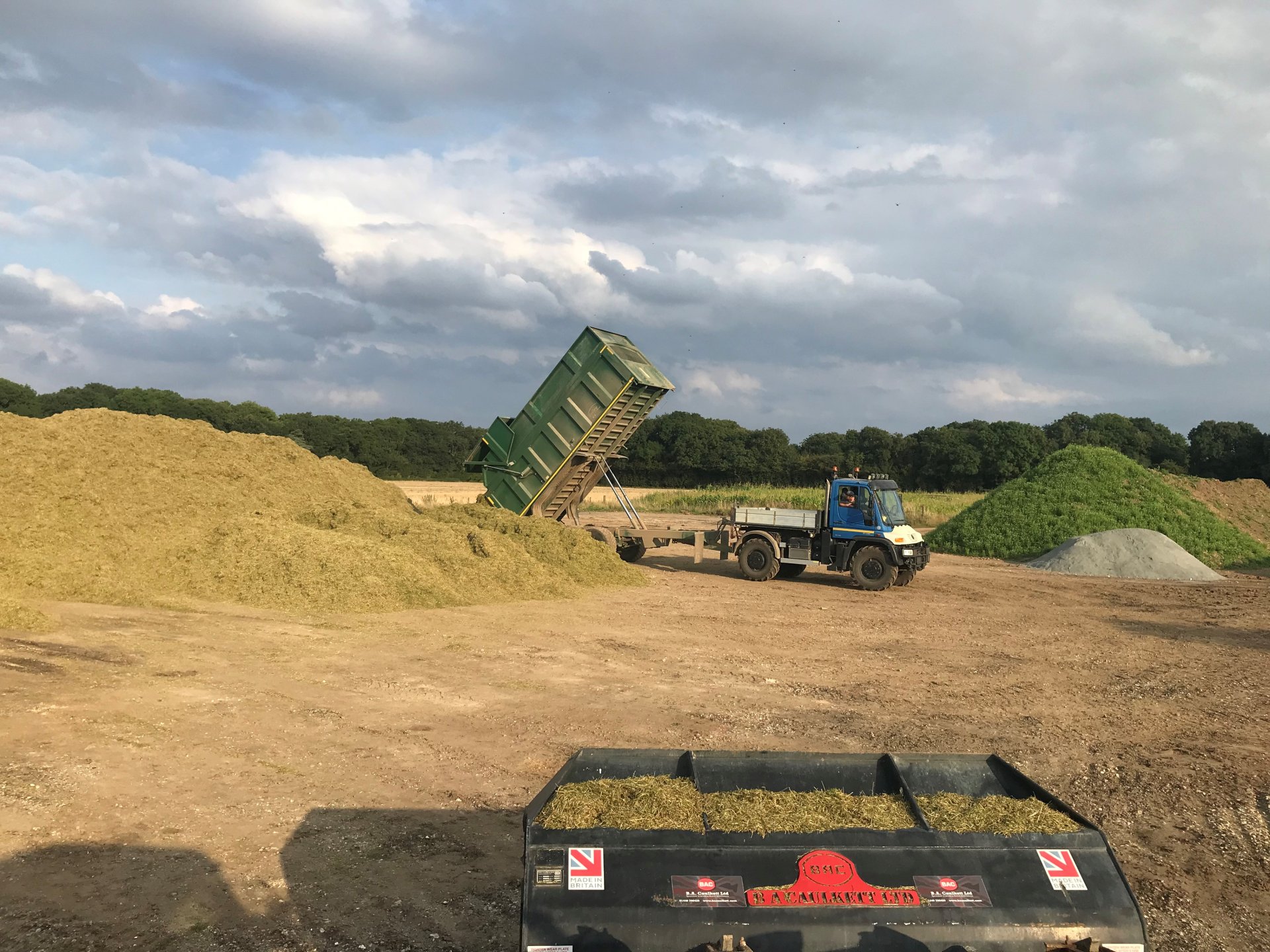 Harvest has come and gone. Yields were good but could have been better had the growing season not been so variable. We had trimmed our Nitrogen rates to 160 Kg/N/Ha for wheat and OSR, but huge swings of yields within the fields told me that the yield had not been altogether determined by the fertiliser rate but more by the soil type.

This autumn our OSR has been drilled mostly with the Horizon drill, which means no leading leg to loosen the soil, most farmers place the seed behind a subsoiler leg, because OSR can be a lazy rooter, so I am a little out of my comfort zone and we will have to wait and see. The rate of DAP has also been dropped to reflect a nitrogen application of 15Kg/N/Ha.

The results from the Horizon drill have been pleasing. We have succeeded in uniformly sowing four millimetres deep for quinoa and grass seed and 20 to 30 millimetres deep for wheat and meadowfoam. Although a small company, I feel that if you are looking for a no-till disc drill, I would recommend the Horizon along with demonstrations of the more established drill manufacturers. As we look to the future and the threat of losing glyphosate, my thoughts are that maybe the drill manufacturer should sell inter-row guided weeders which are compatible with the drill sizes and coulter widths. This may be blue sky thinking but the Chameleon drill has already gone through this thought process.

After exploring the options of mixing a Johnson Su compost extract with ‘out of the grain store’ wheat seed, I stumbled across an Agritrend concrete mixer bucket. I mentioned in my previous article about the Haggerty’s in Australia were using a grain auger to blend the liquid extract with the seed, however for some reason or other I thought that I would go with the concrete mixer bucket and if all else failed at least I would be able to mix reasonable volumes of concrete. The cost of the bucket was more than most would want to pay, but I am pleased to report that Anna and I successfully mixed or blended ten litres of liquid with half a tonne of seed, we then opened the chute at the bottom of the bucket and let the bucket sweep the seed into the drill. This was a batch operation, and four batches filled the drill. The seed flowed well through the metering devices and has emerged evenly, will it make a yield difference? Watch this space.

David White kindly alerted me to Michael Horsch’s 2020 Christmas Fireside chat on YouTube. It was an enjoyable video and at one point Michael discussed making compost in Bavaria using a blend of green chopped cover crop together with chopped straw, the idea being that the straw might turn to some sort of biochar within the compost. The compost would be anaerobic and therefore did not require turning, this appealed to the lazy part of my nature. My brain engaged gear, I did not have access to chopped cover crop, but I did have an aftermath of grass after the grass seed had been harvested (with a stripper header), as well as access to straw. The other benefit would be keeping the straw and grass in the loop of the farm, also avoiding buying in any contaminated compost.

I eventually contacted Michael Horsch to learn a little more about the process, to my astonishment, I got an email from the man himself. I was almost as exciting as receiving an email from the Queen. Michael explained that the constituents were roughly 50:50 and pointed me towards work that had been carried out by Walter Witte from East Germany.

I watched more YouTube, this time on Bokashi which is an additive to assist anaerobic composting, Bokashi can be mixed by yourself, but I decided to buy some from Agriton. This wacky plan was coming together. The Michael Horsch YouTube showed the forage being chopped and collected with a Pottinger forage wagon. I was reluctant to go down that route and eventually found a contractor who used a whole crop forage harvester to collect the compost constituents and apply the Bokashi liquid. Andrew Sincock from Agriton suggested adding seashells and I also purchased some rock dust from Remin.

On the day of the compost making, there was much more grass than I had estimated, so the quantites of straw, rock dust, seashell and Bokashi mix could have been increased. The product was placed on a concrete pad and Carl mixed the whole lot with our loading shovel. We are now the proud owners of about 700 tonnes of compost which may or may not be of any benefit, again watch this space.

My daughter Anna changed her career at the beginning of lockdown to become a farmer, and has gone through a huge learning curve. A lot of what I learnt at Agricultural college is not particularly relevant to this new system of Regenerative farming, so Anna is learning everything alongside me. Anna has a new border collie pup dog called Luna who has got through the biting stage and may be introduced to sheep training soon. One hurdle might be that neither Anna or myself can whistle and Anna has tried the half moon whistles that go inside your mouth but that too, is not going well. Luckily Anna has found a group of ladies on Facebook called “Ladies who lamb”. She has so far quizzed them on various aspects of husbandry as well as what is the best footwear, I suggested that she quizzes them about whistles. She mentions that the ladies’ group of sheep farmers is incredibly positive and encouraging, whilst the men’s group needs to work on the supportive element.

Anna has been a photographer and is familiar with social media. This got us into another scrape after I responded to a Base UK committee request from Satchel Classes. They wanted someone to promote Agriculture as a career opportunity, I volunteered Anna and myself and last week we jointly made a YouTube video to promote the cause. There were a lot of mistakes, but the Satchel people liked it, I hope that our mistakes might bring in a comedy element to hold the children’s attention.

Anna has also been approached by a film crew wanting to make a UK equivalent of “Kiss the Ground”, their version will be called “Six inches of Soil”, I will probably be asked to consult on the movie.

“There’s really only one place where we can put all the carbon dioxide and that’s in the land” is a quotation from US farmer Ray McCormick, Indiana. This sentence resonated with me and echoed what many books have been trying to put over. It’s just a great shame that people in government don’t read the same books as me. BASE UK exists to share and transfer knowledge relating to conservation agriculture and the modern name of regenerative agriculture and it is these agricultural practices that could as Ray states above, help save the planet.

Throughout the summer Base UK members are encouraged to host farm walks and invite other Base members. Probably nationally there are hundreds if not thousands of farmers who look over hedges at no-till practices and half hope that the no-till farmers with their much reduced workloads, might go bankrupt in five years, thus, proving their conventional system to be right and regen farmers to be wrong. It occurred to me that I should also invite non-Base members to my farm walks, to explain what I am trying to achieve. Hopefully other Base members in my region could also host farm walks where we could all invite a non regen farmer, thus creating some debate over a beer and a bar snack in the pub afterwards. 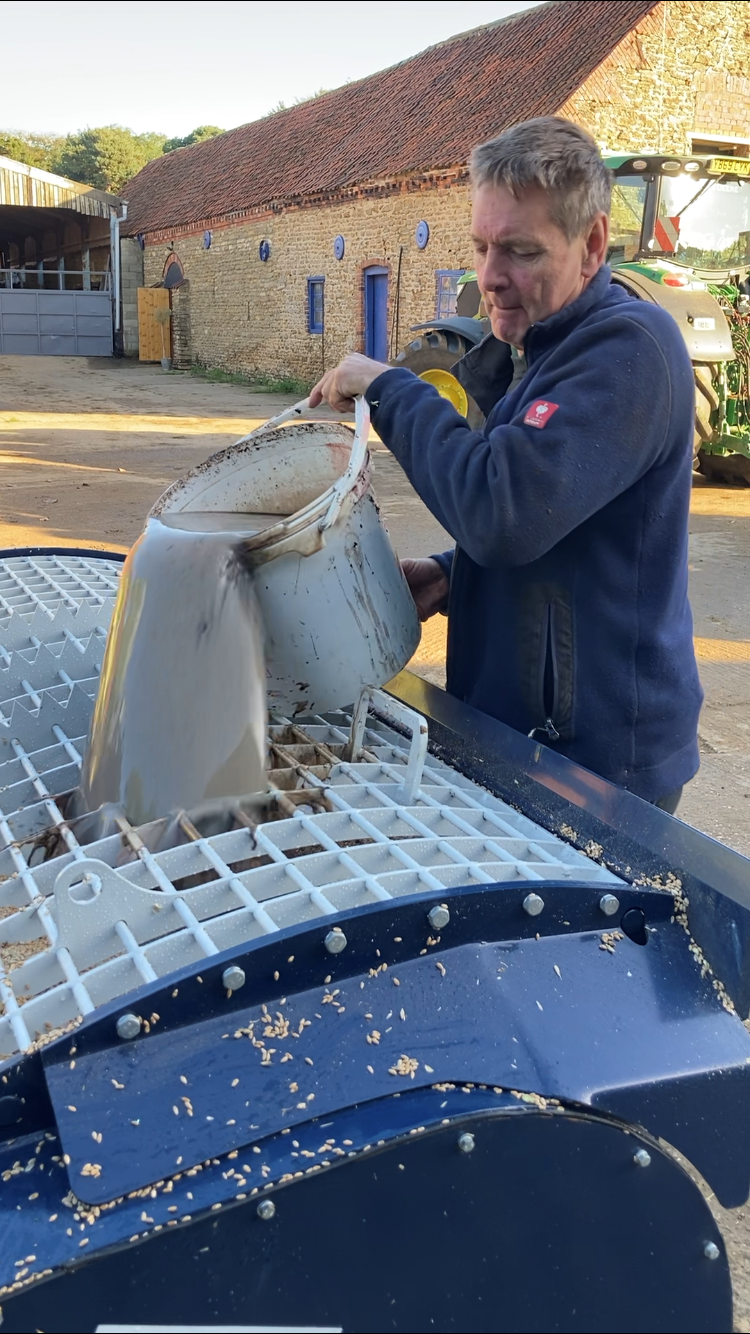 Within the last year and a half, the Base UK membership has grown from around 200 to 483, this is a good news story, and I would strongly recommend that you sign up for the Base UK Conference in February 2022. The capacity of the Crowne Plaza Hotel in Nottingham will be 300 and bearing in mind the size of the membership, to benefit from the great line up of speakers and the social networking with like-minded people, it would be wise to secure a place in good time.