Today, the 2nd September we finished harvest 2021. We tried on several occasions over the past week but the continued dull weather with early morning drizzle has prevented us from crossing the finish line, but today was going to be the day come rain or shine with spring beans and cover crop seed plots getting the chop. Queue the start of an Indian Summer! 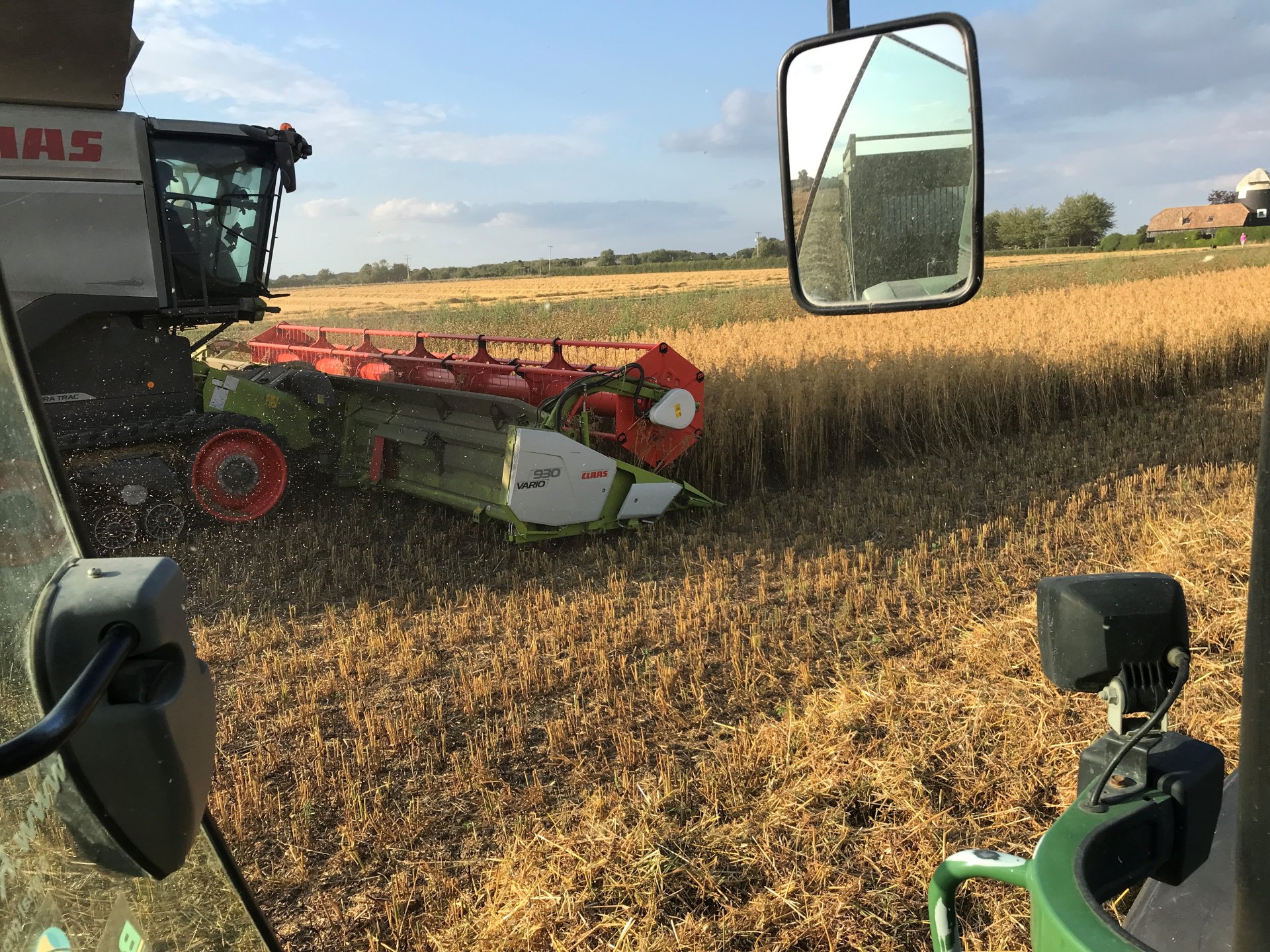 Who knew on July 22nd when we started with the rape that harvest would drag on this long, somewhat different from last year when harvest barely stretched into August, finishing on the 7th.

I don’t think we have had any notable highlights, with yields here and of my neighbours being average, but quality good. The benefit of Camgrain storage came into its own again as our quality has been captured at moistures that will cost me very little to have dried but would not have been low enough to store for any time at home and market without claims or rejections.

One highlight was my “Boats” (beans and oats mix) trial. I calculated the proportion of oats and beans in the sample to work out the gross margin which was good for a break crop that had very few inputs and zero applied nitrogen. When looking at land use efficiency (LUE) it seems to stack up very well and has a very low carbon footprint. However, it took me nearly two days to separate the total field crop with my late 1950s dresser, a cost I didn’t add into the GM and it highlighted that to do this on a bigger scale a better dresser setup is needed or the services of a mobile cleaning plant.

The combined crop did come to harvest together with the oats around 16% and beans 18%.

There’s a lot to consider with bi-cropping: what are you trying to achieve; which is the main crop of the two (and does that matter), seed rates of the two crops etc, etc, lots of trial possibilities here.

One thing I did prove was that adding oats to help weed control in the beans (Integrated Weed Control) that are then sprayed out does reduce the beans vigour and yield. However, my mono spring beans plot (0.4ha) did produce a smaller GM than my “Boats” plot so something positive to take forward. Another observation, fewer Bruchid holes this year, is this due to having oats in the mix or a seasonal thing? 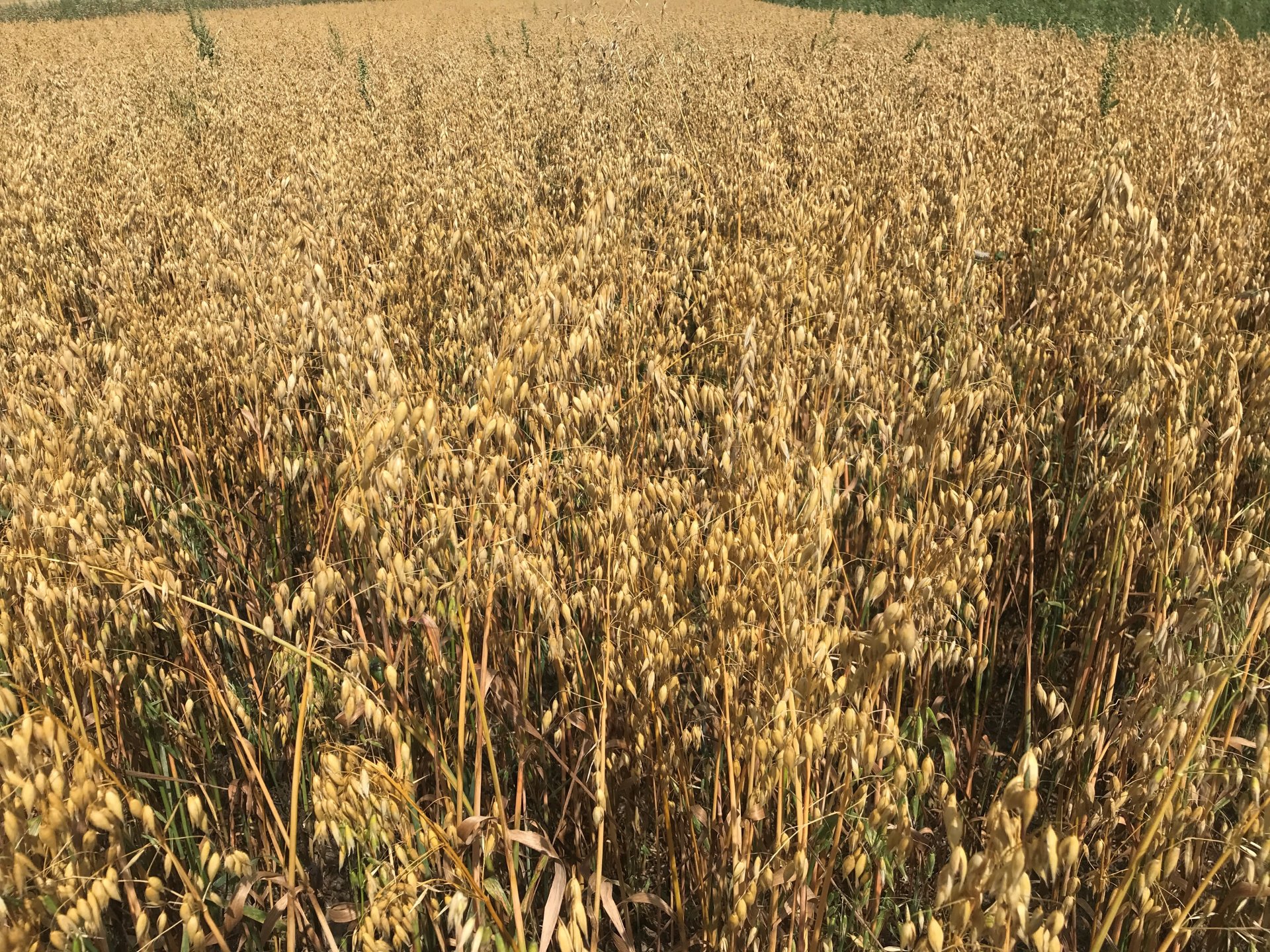 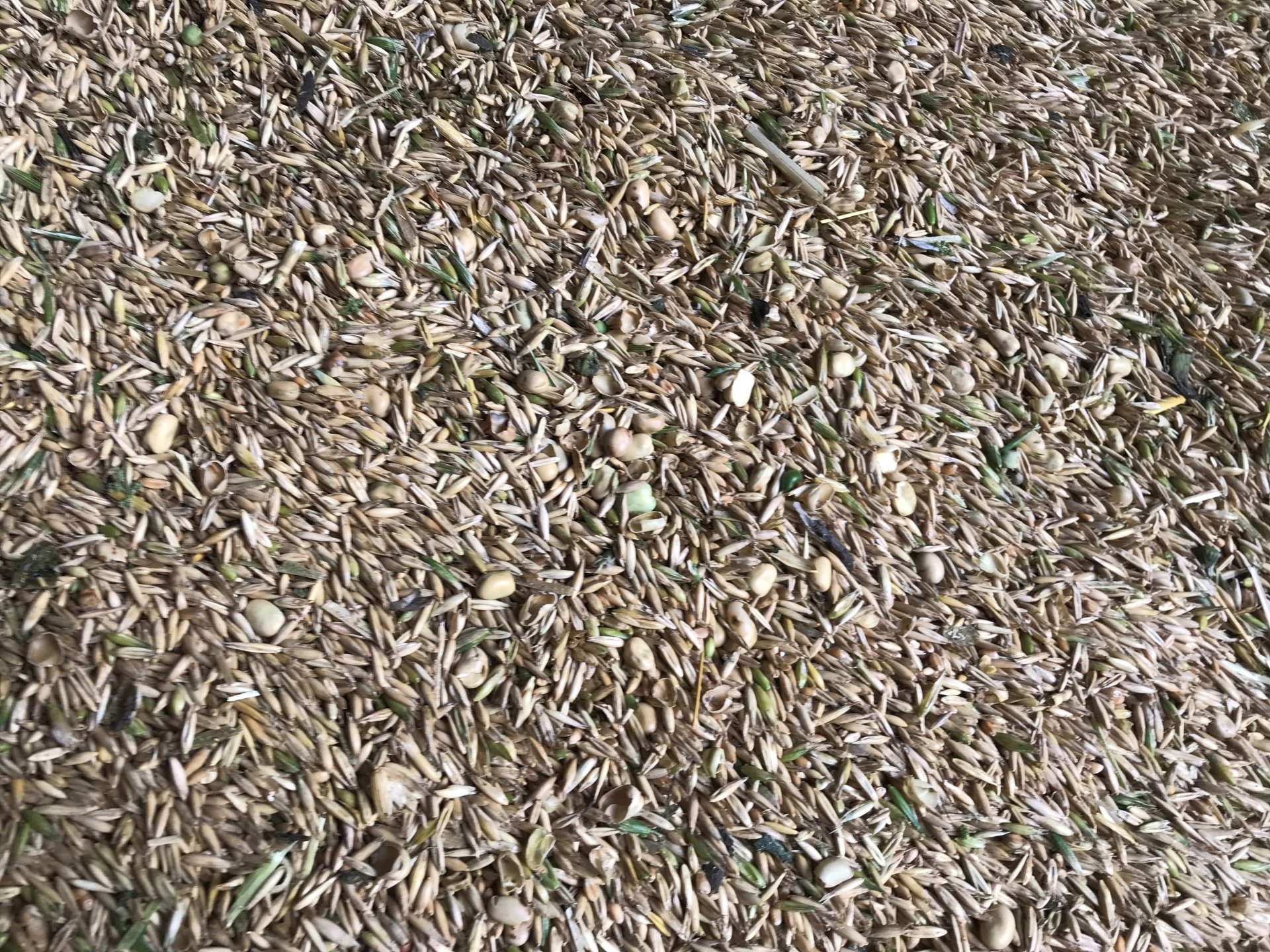 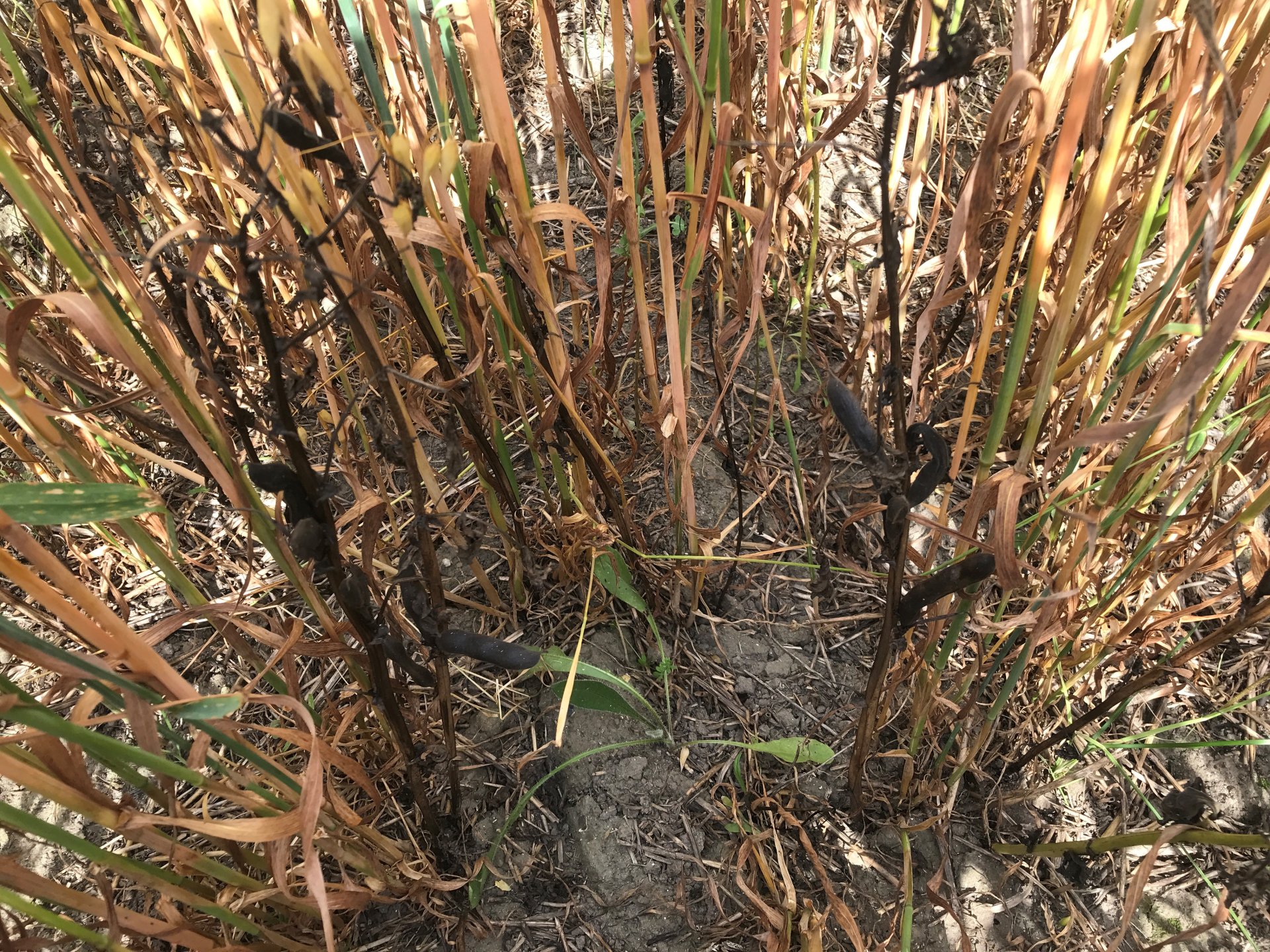 1. Could a crop like this become so popular that my central store would intake and handle it?
2. What/where is the driver to trial such crops as this nationally other than individual farmers?

Cereal crops this year produced a lot of straw, so much so that it’s hampered my direct drilling practices. The pure volume even leaving a long stubble did not flow through the tine drill well. I think this was because after the very slow growth in April due to the many frosty nights we didn’t apply much growth regulator. Then when it rained in May the crops overcompensated in growth. So, the baler guys have been here and very efficiently baled and cleared the fields when weather allowed. This again demonstrated the fact that combining is the first seedbed operation and you’re not a good combine driver until you’ve driven a baler. Combine turning technique can make for a very tidy or untidy baling job! Removal of organic matter is not a problem if done occasionally and it will be replaced by the mixed species cover crops that have been planted and are growing albeit slowly as they need a proper rain! Yes, although we have not had much decent combining weather, we have not had much rain either, only 60% of the expected August average. East Anglia has also had the lowest number of August sunshine hours since 1968 at 127.1. How many of you will remember that year?

Waiting for the baler and chaser, if only for a few days, has demonstrated again that once the crop is cut the ground dries very quickly and the nicer conditions you have in the “five-minute fallow” window are valuable in a dry year.

I’ve sown a small area of OSR and companions which are nicely up in the row. I’m pleased to be part of a group of farmers hosting some CSFB monitoring traps for Colin Peters of NIAB to try and work out what the complete life cycle of this pest is and we will potentially be looking at what emerges where the 2021 rape crop was right through to the spring.

Cropping plans for the cereal crops are for a big reduction of wheat this year with spring barley and oats being the main cereals. My 3-way blend wheat seed sample was taken to the NIAB lab this week to be assessed for germination, vigour and disease levels so will hopefully be sown naked, and I have found my local independent seed merchant is happy to sell me undressed wheat seed which is pleasing.

Lessons learnt or reinforced from the year include the maxim that patience is the key to success for spring drilling but if the ground is still slotty when drilled a tickle with something a few days later can make a big difference to emergence. You do need a little tilth. The benefit of having both disc and tine drills is invaluable. The second is that second wheat is the driver of increasing blackgrass numbers.

Second anything isn’t a good idea and a diverse rotation is everything. Look beyond a one year opportunity bonus driven by prices. And don’t underestimate the value of leaving seeds on the surface rather than mixing them in. Crop residue management is everything.