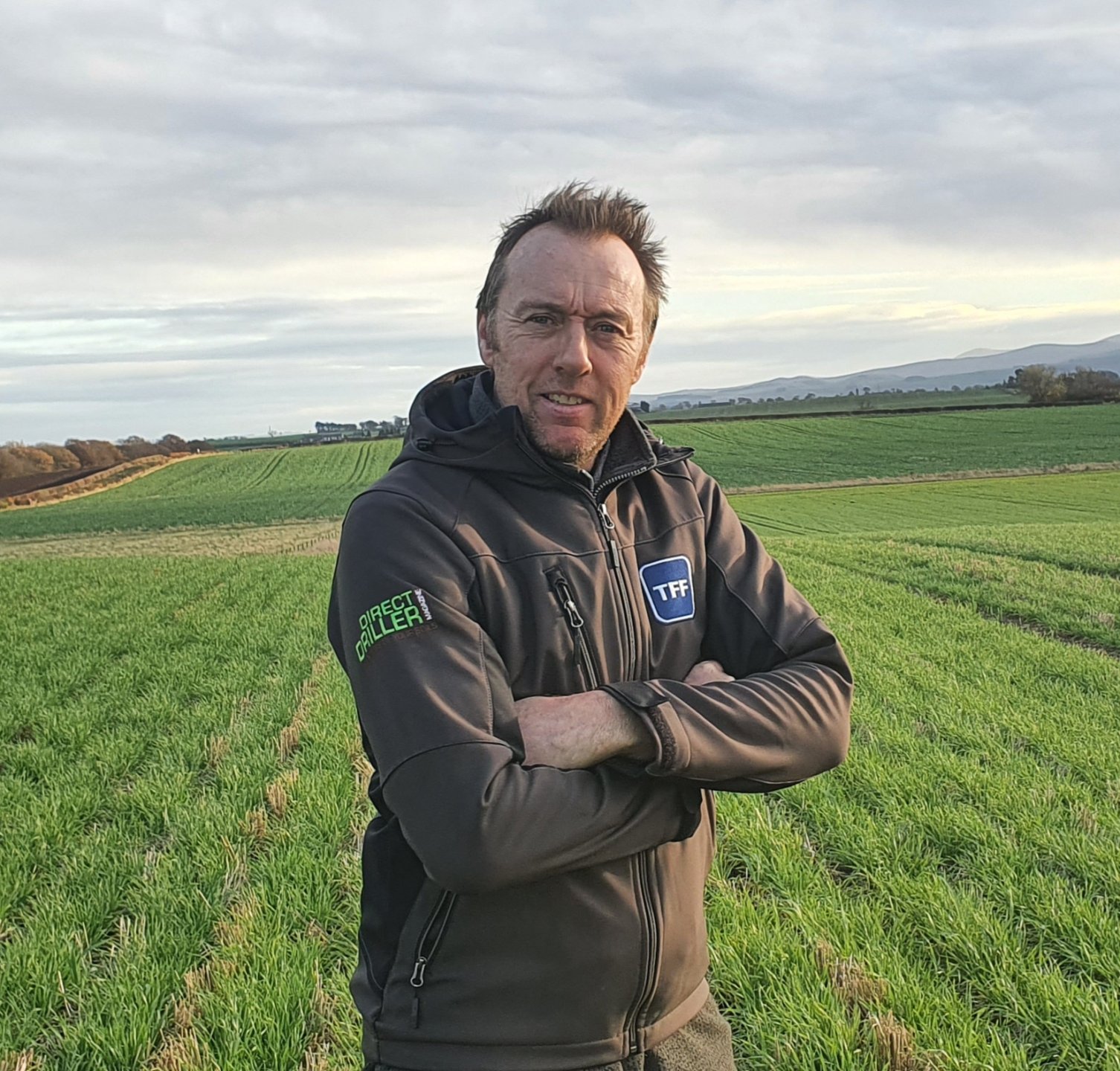 Harvest 2021 was, in the end, better than expected. The crops came out of the wet cold spring looking respectable, but then continually improved to culminate in some top yields and good quality grain - not the case across the country, but in SE Scotland we had our turn at an easier and drier harvest this year.

I still run two systems to establish my barley crops, still ploughing a small percentage mostly due to remedial drainage work or the risk of wheat volunteers. I sowed the winter and spring barley crops with the Mzuri and comparisons with the plough/powerharrow combination drill were very interesting again this year. The Pearl winter barley sown with the Mzuri went into winter looking the better crop but in the wetter spring it stalled, and the conventional sown crop overtook it, maybe accessing available nitrogen quicker. The carrying capacity was noticeably different, the Mzuri ground carried the sprayer and spreader 6 or 7 days earlier without marks. This year the winter barley yield was admittedly better on the conventional by around 0.4t/Ha but still all above my historical average. When I worked out the margin there was very little in it with the Mzuri sown crop just coming out on top. The biggest surprise was in the Diablo spring barley where the yield was reversed and the direct drilled came out on top despite it looking thinner. The higher yield and lower cost of establishment is always reassuring as I move towards 100% direct drilling. I have in the past noticed a bolder grain in the wider row, direct sown barley, maybe due to extra light inception on the upper leaves. But this year it was all very similar and all in spec for malting. This year I have the same two methods and conditions were perfect. I felt I still needed an earlier start in the direct drilled crop, so I went around 10 days earlier with the direct drill to aid establishment, so far everything looks great.

Like all winter crops in this area my cover crop went into perfect conditions, I don’t think Berwickshire has ever looked better going into December. Sown on Sep 3 the mixture of home saved spring beans, phacelia and buckwheat made up my relatively cheap cover crop. It was sown in one pass at two depths, beans at 2.5 inches down the front leg and at the coulter the phacelia and buckwheat 1 inch. It was sown at a faster than usual sowing speed, all at 12kph no spray or rolling and as the picture shows it has exceeded my expectations above ground. The first frost has killed off the buckwheat and I am hoping some hard frosts over new year may kill the beans leaving an open cover with only the phacelia to spray off ahead of hen muck and spring oats for Quaker. The concern I have about a strong cover over winter is if the ground fails to dry in the spring it may leave a wet seed bed prone to smearing, ideally 2/3 of this cover should be dying back or dead by New Year.

The companion cropping in the oilseed rape, while maybe doing unseen things, didn’t help gain yield or supress the pigeons, so I didn’t do it this year. It was inconvenient at sowing time and in the case of the clover, had very poor establishment. This year’s rape crops have covered the ground well, they are looking strong and go into winter looking well. I hope this will suppress the pigeons (for now). Slugs and pigeons are the main risk for rape here and while I vary my cereal seed rate, I would also like to move to variable rate on my slug pelleter. I have already mapped the heavier parts of my fields for the variable seed map, so I could also put a slightly higher rate of pellets on heavy areas while reducing rates on the lighter ground. This would give more targeted coverage without using more product. This is something to unlock or explore ready for next year’s rape.

I was asked to talk at a couple of events recently, the bigger one being the NFU’S autumn conference. I shared the real stage with ‘virtual’ Prof Jude Capper. Prof Capper had some excellent stats and made some fantastic points regarding sustainable British livestock production, worth looking up. The topic was Sustainable Farming, a very broad remit but I do firmly believe what I have done over the last 6 years has made my farm more resilient and sustainable in every way, it is now better placed to face the challenges ahead. There is an enormous desire for information and discussion around reduced tillage and direct drilling and magazines like this will play a part in that process. There is however still a fear in Scotland that we will be forced down this road by government and that will be a difficult route for many who haven’t considered trying it yet. 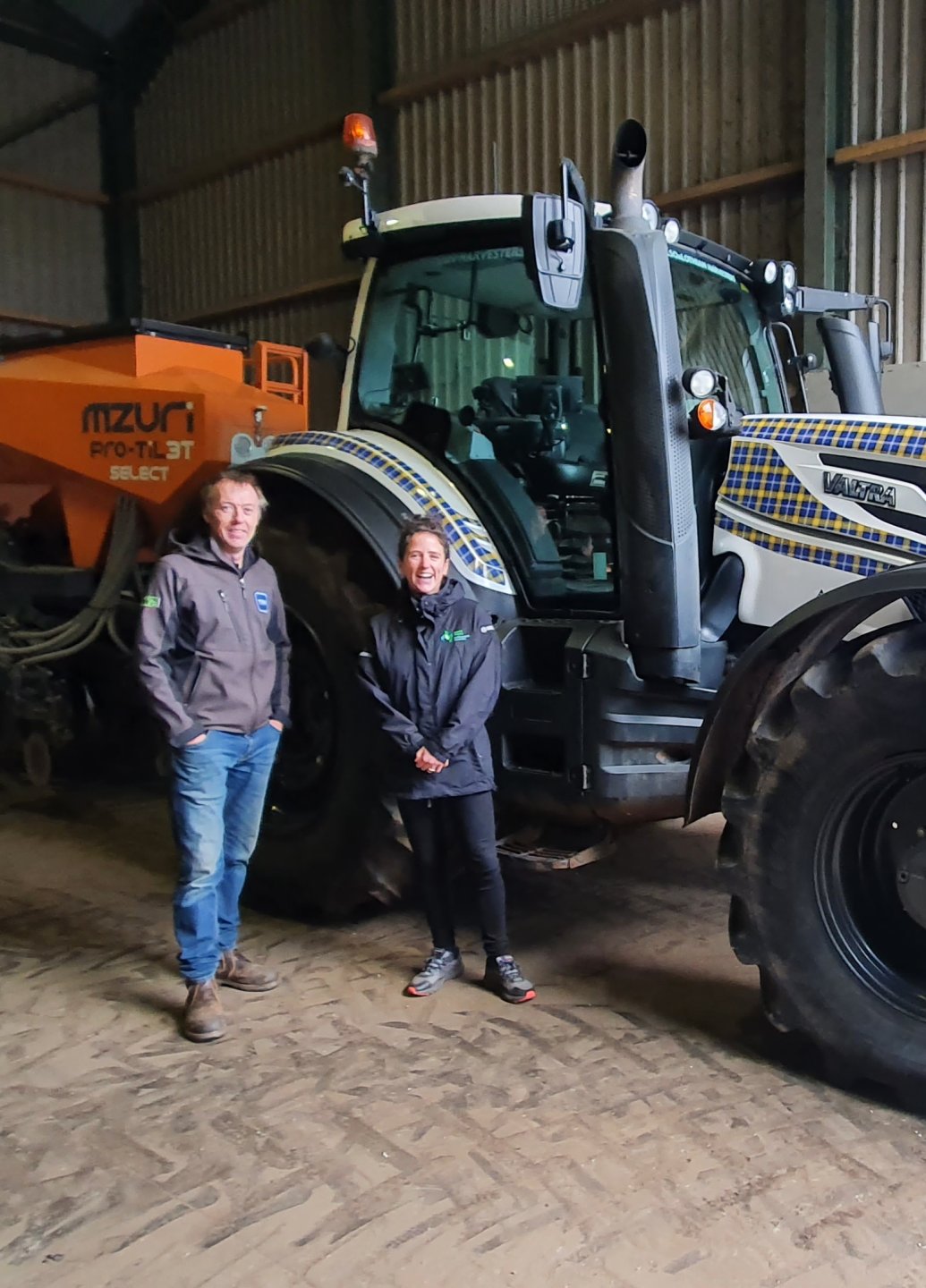 After an invite I sent the day she got the job, my son and I had an on-farm visit from Mairi Gougeon, Scotlands cabinet secretary for rural affairs and Islands. It’s always good to have politicians on the farm as they often openly admit there are gaps in their knowledge of modern farming practices. I think the political threat is one of the hardest to protect against or predict. We are still waiting for the Scottish governments new BPS which will take us from this limbo period into what looks like a ‘greener’, targeted, apply and fund, scheme led system. I conveyed my concerns regarding the combinable crop sector being overlooked when these schemes are devised and how nothing I have done in reducing tillage, companion and cover crops or machinery purchases tick a box or allow access to funding this side of the border. The main point I tried to address however is Scotland are going to have a baseline audit that gives a figure for your carbon footprint, eventually this will include biodiversity. I don’t have a problem with that as such, but every company I know which makes these calculations comes up with a very different number.

So, do I get the worst figure the first year and then save the favourable one until later, showing a good improvement or start with the best and hope I’m already ahead of the game? Who knows? We suggested that NFUS should have investigated this years ago when we asked them to and the company whom WE choose carried out the work. We are about to give away a huge amount of data and could be setting ourselves up for a tough time from environmentalists. If governments agreed an internationally recognised process to calculate these figures, then I’m sure it could help us sell our produce at home and all around the world. We must start with a level playing field that shows consumers what the actual consequences of their purchase are, good or bad! British agriculture should be shouting about the quality of our production methods and standards and not let others convince us we are the major polluters or destroyers of habitat, that is not British farming as you or I know it! 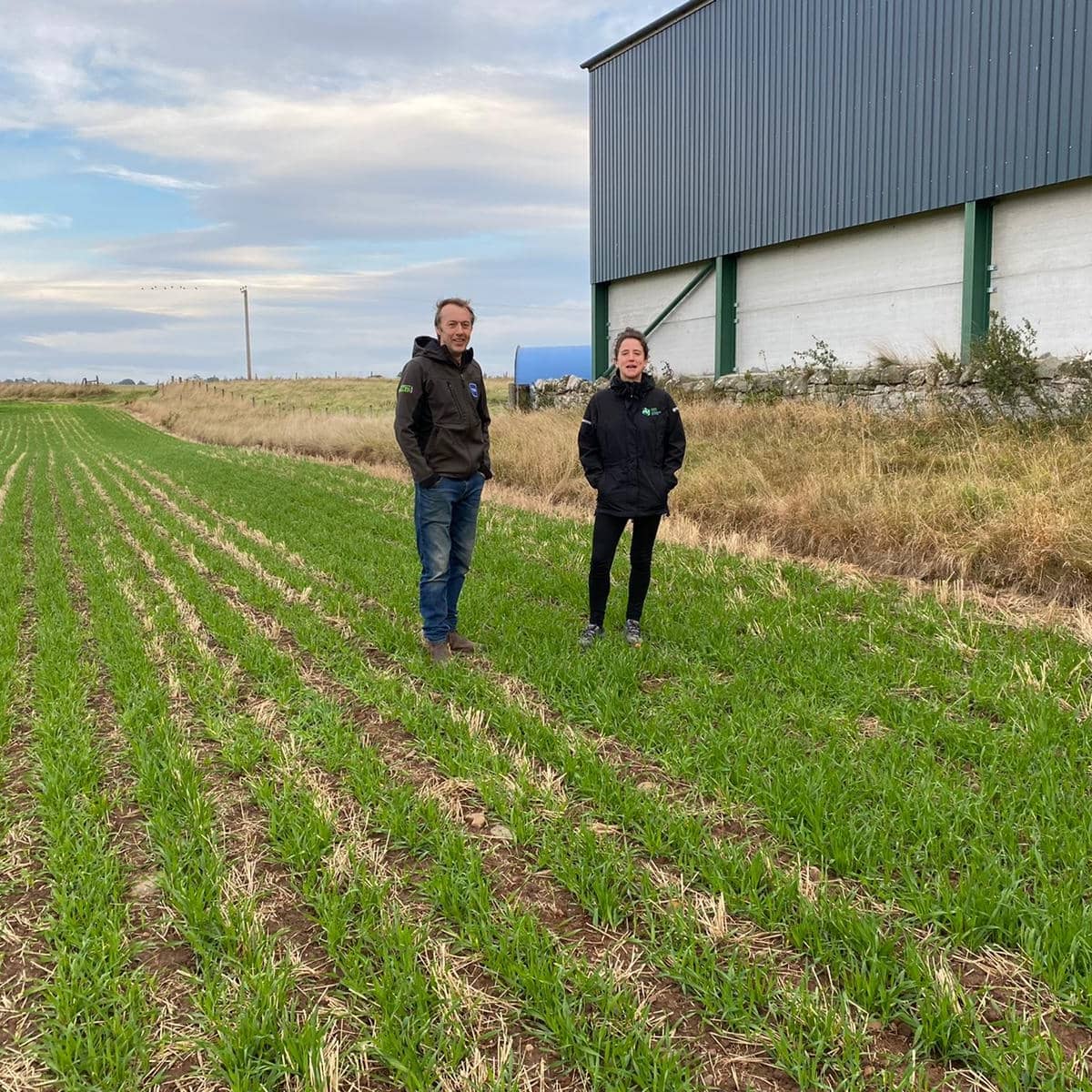