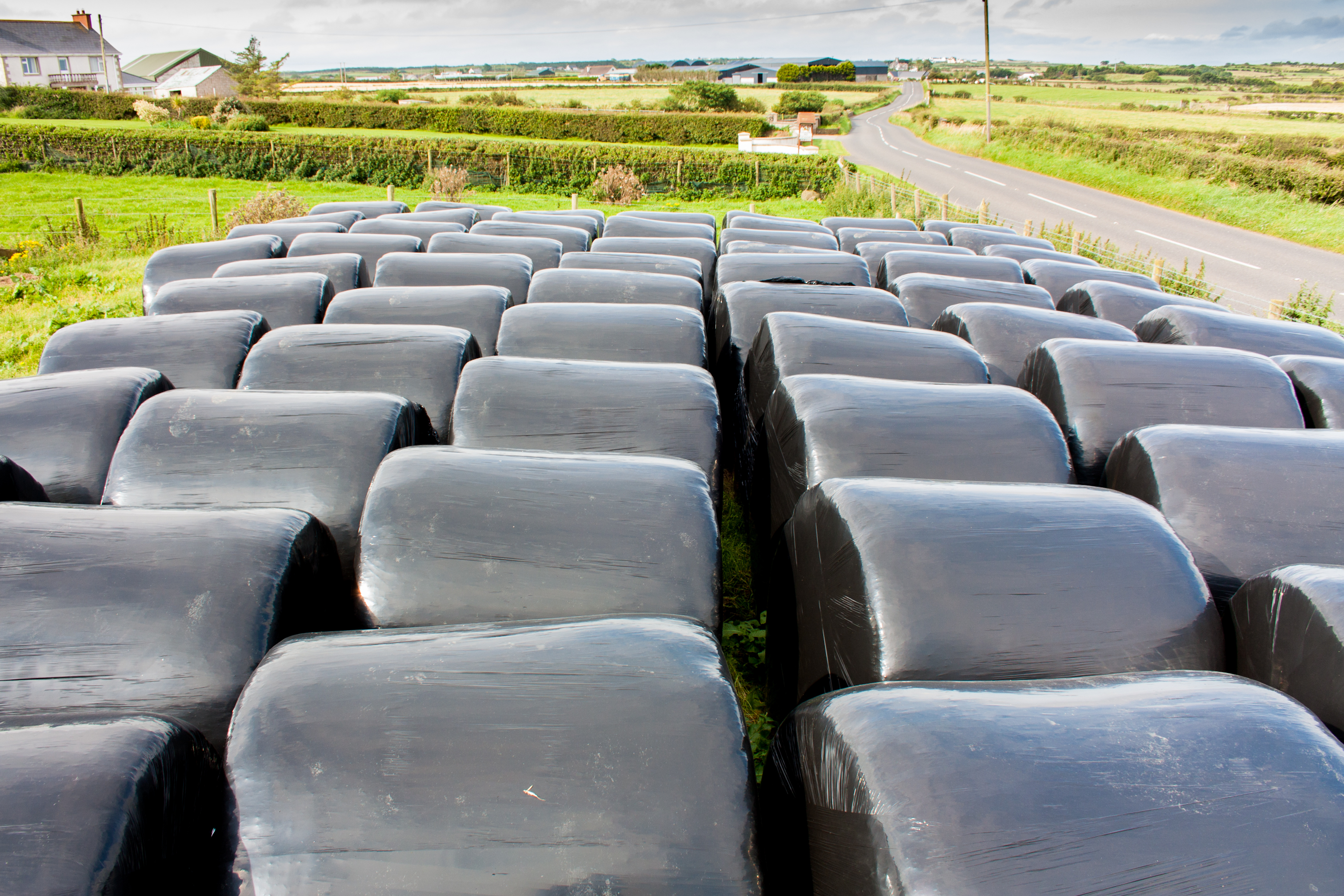 Following a very dry start to 2022, baled silage can be prone to soil contamination due to dust and slurry being incorporated into bales, said Daniel Robinson from agricultural testing specialist Eurofins Agro UK.

“If slurry is not incorporated into the soil the crop will not see the full benefit and any residues risk contaminating bales with harmful bacteria such as enterobacteriaceae.

“High applications followed by dry weather can also cause the fibre from the applied slurry to lift up into the crop, but this can be detected by accurate ash analysis.”

Normal ash levels in the plant should be around 6% to 8%, depending on the crop. Higher numbers indicate additional mineral content which will have occurred due to soil being incorporated into the bale.

Soil can contain clostridia, spores and enterobacteria, which can be become a challenge to overcome.

“A test will show contamination by providing data on Volatile Fatty Acids (VFAs). Contaminated bales will be high in butyric acid and low in lactic acid, causing dry matter losses.
Click to expand...

“A slower fermentation in the bale will been shown in a higher than optimal pH level which will lead to the bale not storing well and losing protein,” he added.

Pre-cut dry NIR tests should be carried out to establish sugar levels and nitrate content.

During the cutting and baling process, soil can be incorporated into the bale which can lead to potentially harmful bacteria being present in the forage and leading to contamination.

“A higher pH combined with spoilage and harmful organisms can result in moulds and yeasts growing, resulting in further dry matter loss, and potentially producing mycotoxins which can cause health problems in livestock and impact on productivity.”

Robinson suggests that a dry NIRS test provides true ash content data by burning the sample at 550°c which can help to remove any doubt:

“Some tests only estimate ash content by using NIR, but we provide a separate ash test to be more accurate.
Click to expand...

“This will prevent contaminated forage from bales being fed out to milkers and means it can be either discarded or fed to other animals.”

“Drying the sample leaves only the solid content which, once ground to a consistent 1mm thickness, is exposed to the infrared light to provide greater detail than any other test on the market,” explained Robinson.

The post Farmers urged to beware of bale contamination appeared first on Agriland.co.uk.

Futher on we would like you to help you with the following tips:

When operating the mower and the grass goes flat but doesn't get cut, put the pto in the on position.
If the mower is on the on position but the grass does not get cut lower the mower.
If you get all kinds of big clumps in the sward, stop cutting down the fenceposts.
If you are finished with the field but can not get out, fold the mower up.