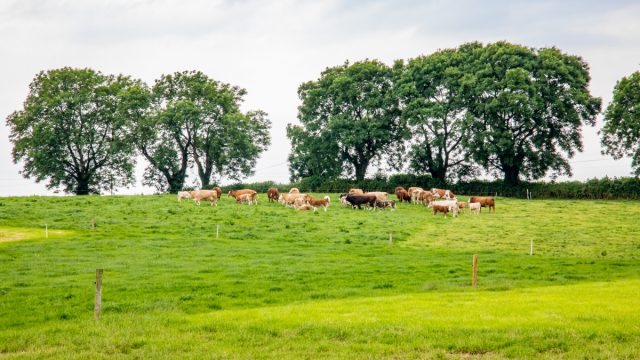 Land agents are seeing the strongest farmland market since prices peaked in 2015, with most farms and estates launched this spring going under offer for well above their guide prices.

Speaking at Cereals 2022, Matthew Sudlow, head of estates & farm agency for Strutt & Parker, said the market for agricultural land has proved to be very lively over recent weeks, with competitive bidding seen for most properties.

“At least 90% of the farms we have marketed this year have attracted significant interest, multiple bids and often gone to a closing date for best and final offers.
Click to expand...

“We are seeing prices being achieved for some properties that we would not have been believed 12 months ago.”

Sudlow said one of the factors driving demand is the wide mix of buyers in the marketplace.

“In times of economic uncertainty, such as we are seeing now, there tends to be a flight to land from investors because people see it as a tangible asset which is a haven for their capital.
Click to expand...

“While it is perhaps too soon to say definitively that this is happening, the signs are pointing in that direction.”

Strutt & Parker research shows there has been sustained growth in agricultural land values in England over recent quarters and Sudlow says the current buoyant market conditions point to this upwards trend continuing in Q2 and into Q3 2022.

Given the current strength of the market, his advice to anyone who is starting to think about a sale or retirement would be to act swiftly.

“We currently have a lot of disappointed underbidders who are still on the search for land.
Click to expand...

“If you are thinking of selling in two or three years’ time, why would you risk hanging on when you could capitalise on the strongest market we have seen since 2015?”

Arable land values in England have jumped by more than a third on average over the past decade, with the highest rises being seen in the North of England.