Russia has recorded the first confirmed transmission of the H5N8 avian influenza (bird flu) virus from bird to human.

Seven workers at a poultry factory in south Russia have been confirmed to have been infected with the virus, making it the first known cases of bird to human transmission of this particular strain.

The matter has since been reported to the World Health Organization (WHO).

A statement from the WHO said:

“Preliminary information indicates that the reported cases were workers exposed to bird flocks.

“They were asymptomatic, and no onward human to human transmission was reported.

We are in discussion with national authorities to gather more information and assess the public health impact of this event.
Click to expand...

The majority of human bird flu infections have been associated with direct contact with infected live or dead poultry, though properly cooked food is considered to be safe.

Efforts to stop the spread of avian influenza


Housing orders have been brought in across Ireland and the UK since December 2020, in an effort to stop potential spread of avian influenza.

Minister for Agriculture, Food and the Marine Charlie McConalogue created regulations under the Animal Health and Welfare Act requiring flock keepers to confine all poultry and captive birds in their possession or under their control in a secure building, due to concerns over bird flu.

Wild birds, or other animals, should not have access to that building and farmers should apply particular biosecurity measures.

The regulations, entitled Avian Influenza (Precautionary Confinement of Birds) Regulations 2020, provide for precautionary measures against bird flu, and came into force on December 21, 2020.

An Avian Influenza Prevention Zone (AIPZ) was declared across England, Wales and Scotland on November 13, 2020 to mitigate the risk of the disease spreading

An APIZ was declared in Northern Ireland on December 17, 2020.

The incessant and extreme wet conditions are now presenting huge challenges for every farm’s spring agronomy and cropping decisions.

Plans are being urgently reevaluated and rejigged to set priorities for treatment, with a watchful eye on deadlines for timely spring crop establishment when a window allows. And all against a backdrop of potential damage to soil structure to fields from traveling in waterlogged conditions. 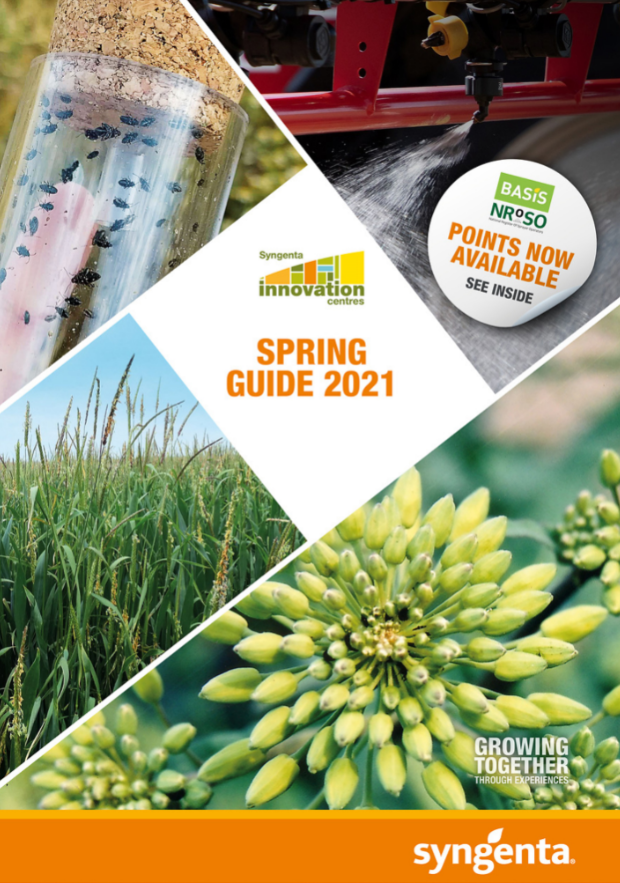 ​
Lessons learned from last year have proved invaluable, with the latest Syngenta Spring Guide giving an insight into some of the tips and ideas to help with this season’s decisions...
News
Continue…
Top