Further postponement of Agritechnica due to Covid-19 restrictions

DLG (German agricultural society) has today (Monday December 13) announced that Agritechnica 2022 will not take place next spring as planned.

In a statement it explains that it was a joint decision by the the DLG as organiser, the VDMA Agricultural Machinery Association and Agritechnica’s exhibitor advisory board.

The organisations believe due to the increasing number of covid cases, the restrictions on travel and official regulations, the conditions required for hosting the world’s leading agricultural machinery exhibition are no longer fulfilled.

“We have made this decision respecting our responsibilities towards the health and safety of all. We deeply regret the cancellation. Many of our exhibitors, partners, visitors and members, as well as the entire DLG team, have already invested in extensive preparations.”
Click to expand...

However, despite this further setback, the next Agritechnica trade fair is scheduled to take place from November 12-18, 2023 in Hanover, Germany and preparing for this will be the focus from now on.

Even though Agritechnica will not take place in Hanover next year as planned, the DLG remains intent on bring the latest developments in agricultural machinery to farmers. 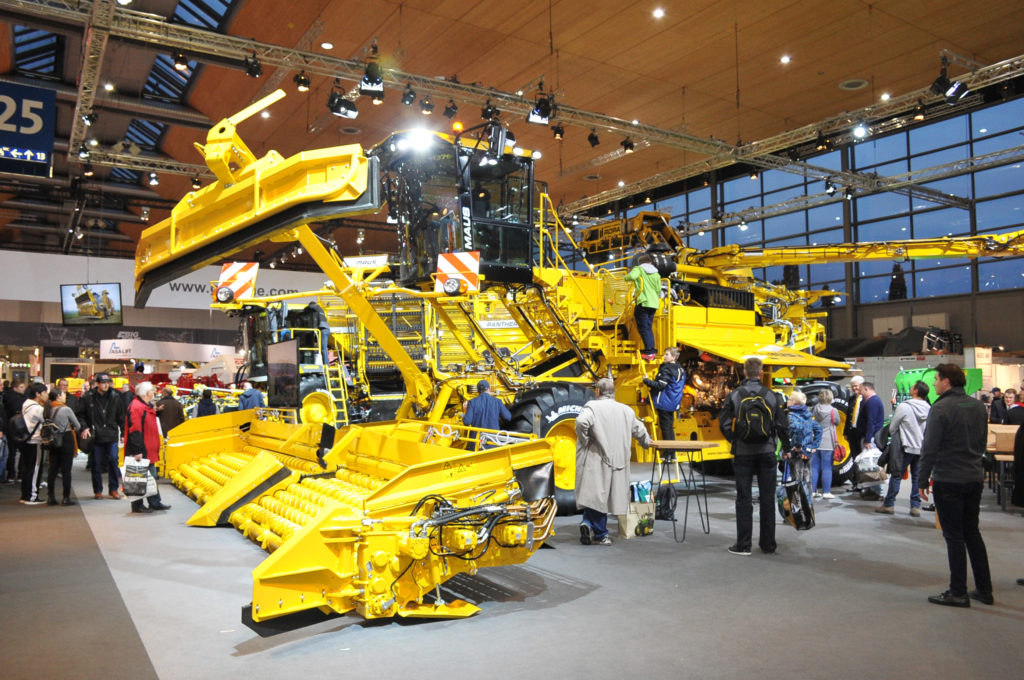 Innovation and exotica have always been hallmarks of Agritechnica

The winners of the leading innovation award for international agricultural machinery have already been announced as planned, while the additional digital complement to Agritechnica, which was launched in November 2021, will continue to be available until the end of March 2022.

Visitors to the platform have the opportunity to learn, free-of-charge, about current offerings and information from agricultural machinery manufacturers, as well as take part in digital events and network with companies and farmers.

Are smaller shows the future?​

The cancellation of this latest attempt to hold this exhibition will not come as a surprise to many in the business. John Deere, JCB and McHale had all recently confirmed that they would not be attending.

Quite what the long-term effect will be on international exhibitions is unclear, but there is little doubt that manufacturers will be turning to smaller, local open days and working demonstrations ran in conjunction with their dealer networks.

Whether they will return to the large continental shows, and the significant costs involved in attending them, with quite such enthusiasm remains an open question.

The post Further postponement of Agritechnica due to Covid-19 restrictions appeared first on Agriland.co.uk.