Grain trade association: Meal rationing not on the cards yet 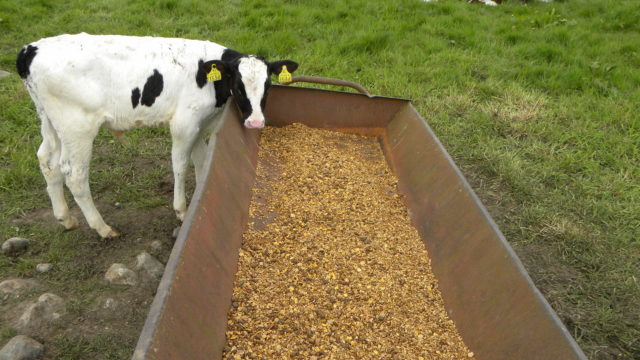 Northern Ireland Grain Trade Association (NIGTA) chief executive, Gill Gallagher, has confirmed that meal rationing for livestock production purposes is not on the cards for next winter, at least not yet.

But she is making no secret of the fact that sourcing available maize (corn) for use by Irish feed compounders over the coming months will prove difficult.

She spoke at the fodder survey meting hosted by the Ulster Farmers’ Union (UFU) at the Balmoral Show this week.

The NIGTA representative explained that Ukraine is traditionally a major supplier of maize to the Irish market,” Gallagher said.

“Given the conflict raging in that country, we now know that sourcing grains of any kind from that part of the world is not an option for the foreseeable future.
Click to expand...

“Bringing in maize from the United States is not easy, given that country’s reliance on genetically modified crops. So it will be very much a case of seeking alternative maize sources from around the world over the coming months.”

Most of the wheat and barley used for Irish compound feed rations (meal) is sourced locally or from the UK and Europe.

But Gallagher went on to point out that the weather will also be a key factor in determining global grain and feed availability over the coming months.

“Drought is already impacting on crop growth rates in North America. The very dry conditions there have also hampered the drilling of maize crops,” she said.
Click to expand...

“Normally one third of the envisaged crop area would have been planted out by this stage of the year. At the present time the actual figure is in the region of 14%.

“Meanwhile drought is also hampering crop growth rates in South America. This is a La Nina-related effect.”
Click to expand...

According to the NIGTA chief executive, everything possible will be done by compounders to source the raw materials they need to meet feed demand on a continuing basis.

“But under these circumstances, price becomes a secondary issue,” she stressed.

Commenting on the results of the forage survey carried out AgriSearch and the UFU over recent days, Gill Gallagher highlighted the need for farmers to start spreading meaningful quantities of fertiliser without delay.

“Product is available at the present time,” she confirmed.

“Fertiliser prices have started to fall back slightly. And this trend should become apparent at farm level, once merchants have had the opportunity to source new stocks.
Click to expand...

“However, the survey clearly indicates that many farmers have not made plans to produce the tonnages of grass and silage they will need over the coming months.

“The only way around this issue is to spread the required levels of fertiliser. And the clock is ticking,” she said.

The post Grain trade association: Meal rationing not on the cards yet appeared first on Agriland.co.uk.