How is Brexit for you?

No, not a political thread per se but our freedom hasn't half caused some issues .........

Just since Jan 1st on this farm:

1) Deal to send 60 pedigree heifers to N Ireland ....... no deal because there are no lairage facilities on either side of the water for a physical vet inspection prior to the voyage across the Irish Sea

3) Enquiry in import truck load of heifers from Denmark .... no go as "arrangements not yet in place" but it looks like there is no problem from Germany

4) Deal to sell surplus blower trailer to N Ireland. Yes fine but you need a Phytosanitary Certificate (good for 14 days) before it moves off farm. If it was going to Europe (incl S Ireland) then it is chargeable but as it's N Ireland, it's free. Praise the Lord & pass the salt.
Got it after 2 inspectors turned up this morning and after some additional washing on cross members 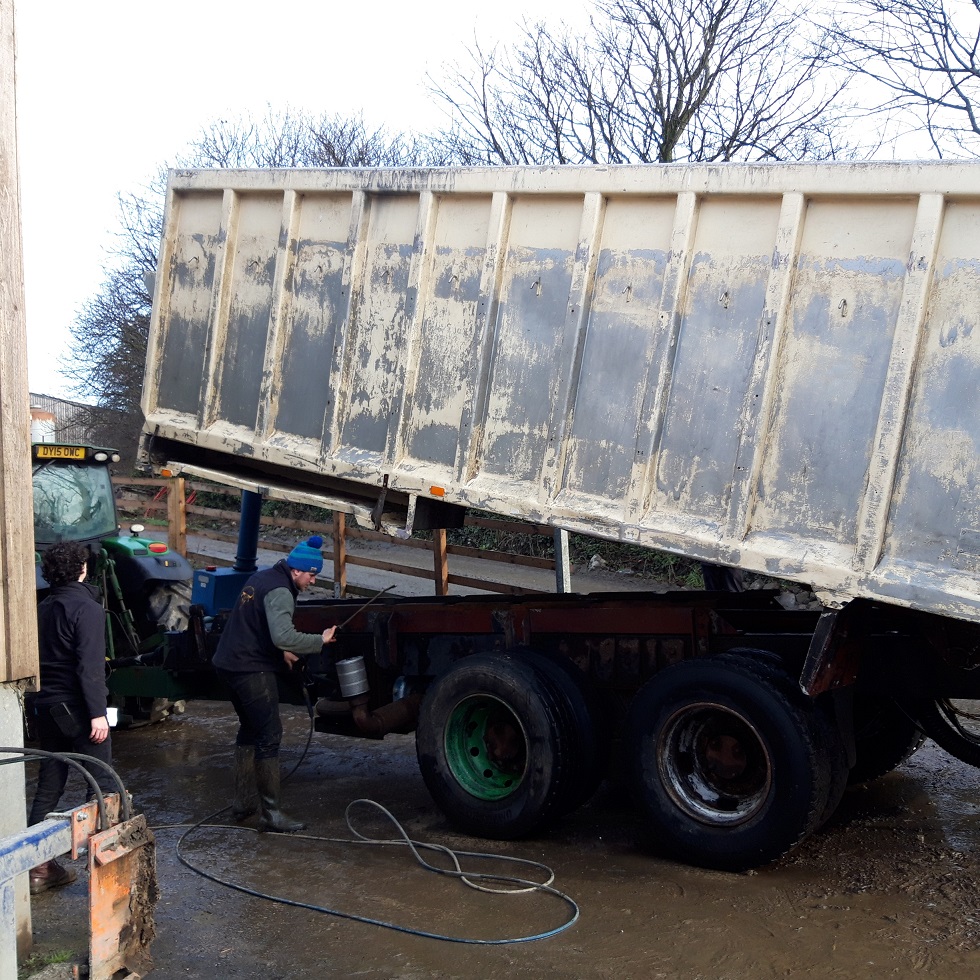 That's four things with likely more to come as I still cannot get an answer to a cattle import question.

Anyone else got stories as we march to the Sunny Uplands?

I saw an artisan cheese producer saying she could no longer send cheese parcels to NI, because the small retail orders (£15 to £40) couldn't justify the admin and hassle of new protocols...

I assume a grain/seed sample would come under the same photosanitary requirements?

Looks like you 'global world players' are having sh!t loads of problems and I understand your frustration and can sypathise.

Speaking purely selfishly, as a small peasant farmer, I can say it's been a walk in the park. Neither Brexit nor Covid have bothered us much - never go / have any desire to go anywhere much (busy lambing anyhow, so never go far anyway) and sheep are ££££
So much for the post Brexit £60 lamb
As far as we're concerned, it's 'What's not to like

With lockdown in place i would think for the majority of the population they have no idea of the affects of brexit which is exactly as the Government wants it. For us exporting fresh produce from Kenya to the UK Brexit has helped as it is much harder for fresh produce to move into the UK from Europe hauliers are not keen of the hassles involved especially when you add in Covid.

I should add that we also sold a root bucket chopper to Isle of Man with no hassle at all.

Parts value £2k returned to manufacturer in Italy for a customer to be serviced and returned back to UK has so far attracted £400 of surcharges.

Food starch samples to France (Value under £20) have in general been delivered next day, but one has been pulled for random inspection and is currently 16 days in customs....

Given up on even thinking about doing short notice dedicated Same-day deliveries from Yorkshire to Paris which I have done previously on a number of occasions, and come back to sleep in my own bed.

Firm we have worked with in the past has filed for administration - hit by covid and looking forward could see no other way through, will probably Phoenix in due course.

Beef calf prices seem to be very low. However I was hoping that food prices would rise substantially for at least the first six months after brexit but there is no sign of farm produce rising apart from cereals and all inputs so far.

My small side project of buying / selling videogames has stopped posting to the States and Europe. Us due to covid. Europe due to Brexit. Mainly as buyers don't want to take responsibility for any potential costs and I don't want the hassle once it leaves the UK

Parts and accessories for my new motorbike have become more expensive, due to 3rd country status and levies

After an initial drop off... It's Increased Euopean Sales and they are paying in £s not Euro's

Larger Stuff to ship into Europe is a bit more expensive... Has been since before Xmas when the Dover f**k up happened.

Not brought anything in from Europe this year as I've had no need.. It's all come from the USA and it's business as usual and slightly cheaper.

Lot of forms to fill in, lot more people involved in process of moving fresh veg to NI. I don’t see us serving that market next season, I also think NI producers and processors may very well turn inwards to serve home market only.

There is a balance to be struck as to whether the hassle/risk is justified by the rewards in some of these (or lack of) trade agreements. At the moment I don’t think it is.

So, in answer to the question, “how is Brexit for you?” the Brexit reality has us questioning our future direction, which is quite possibly a positive thing.

No difference at all.
Less bureaucratic rubbish the better.

As someone who is the other side of the water, it's a total pain in the arse with a lot of forms to be filled out regarding British Nationals living in the EU. Now GB is classified as a 3rd Country. It was so easy to travel before. Importing parts like others have said is ok as long as you have the right paperwork and fill out the forms meticulously.

Good news, British clients no longer have to pay VAT to use their boats in EU waters....20% saving right there.

I'd agree with Lowland in that we won't see the full effect on supply chains until lockdown is relaxed and the whole hospitality sector is up & running again.

In some respects having Covid & Brexit together has been a double whammy, but covid has provided a cushion of delay.

On this farm nothing yet has been apparent.
However plenty of neighbours are seed potato producers, no good, and it may affect ground rents in due course.
Personal occasionally buy stuff from Europe for hobby, pointless for sub £100 and puts you at a disadvantage in the €2000 pricing. Certainly look harder at total costs.
W

New job (export certification of supermarket loads to NI) has been delayed three times and is now possibly off depending on what that pratt Gove manages to negotiate over the next six weeks. The whole NI/GB situation is a shambles. It always looked to be the stumbling block and now, even after actual Brexit, they still haven't sorted it out properly.
U

No difference here so far.
I suspect the chances of 15 million brits having their covid jab in Feb would be a dream if we had still been in Europe. How do you put a price on that ?

Got semen to go to sweden shortly & enquiries for cattle to NI. Would like to think in a couple of months some common sense will prevail with the paperwork & bureaucracy

No difference at all really. Remarkably the sun still rose on January the 1st and if anything prices have held up remarkably well since. Though I do agree that lockdown may have ameliorated some of the effects in the short term.

As with importing & exporting to mainland Europe (and NI), there will be inevitable wrinkles but once everyone gets used to it, it'll settle down and just become the new normal.
Share:
Facebook Twitter Tumblr WhatsApp Email Share Link

The Rivers Trust has today launched its State of Our Rivers report aiming to allow the English public understand and explore the health of their rivers on a national and local scale.