According to a statement from the Hereford society, the sale saw huge interest with attendees from across Ireland and many buyers flocking from Northern Ireland also.

The pinnacle of the sale was Lot 4 Herberry 1 Lucy-Ray, smashing the current male and female records selling at €9,000 at 12 months old.

This Dendor 1 Kohinoor daughter was bought by the Ballytrue herd of Phillip Murdock.

According to the organisers, there was strong demand for quality horned females also with a maiden heifer from the Fitzgerald Family, Grianan Orange V911.

The winning bid for this lot came from Elisa Drumm, Ballivor at €5,600. 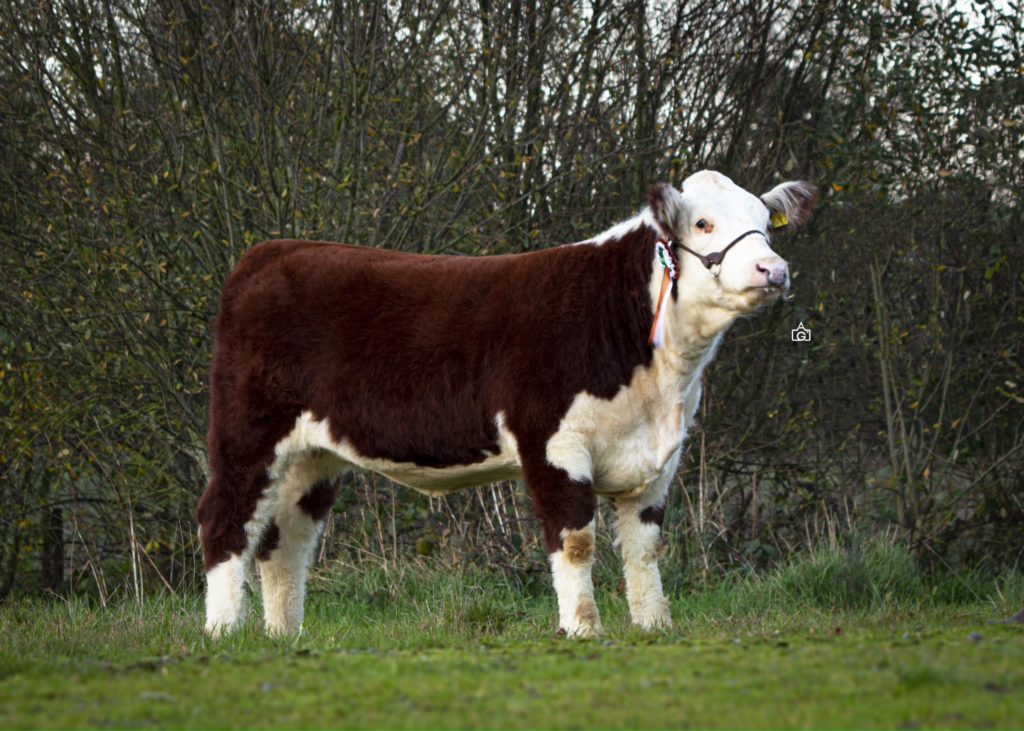 This heifer was also in the top placing at the National show in September where she claimed Reserve Female Champion, sired by the Fitzgeralds stock bull Grianan Parker. 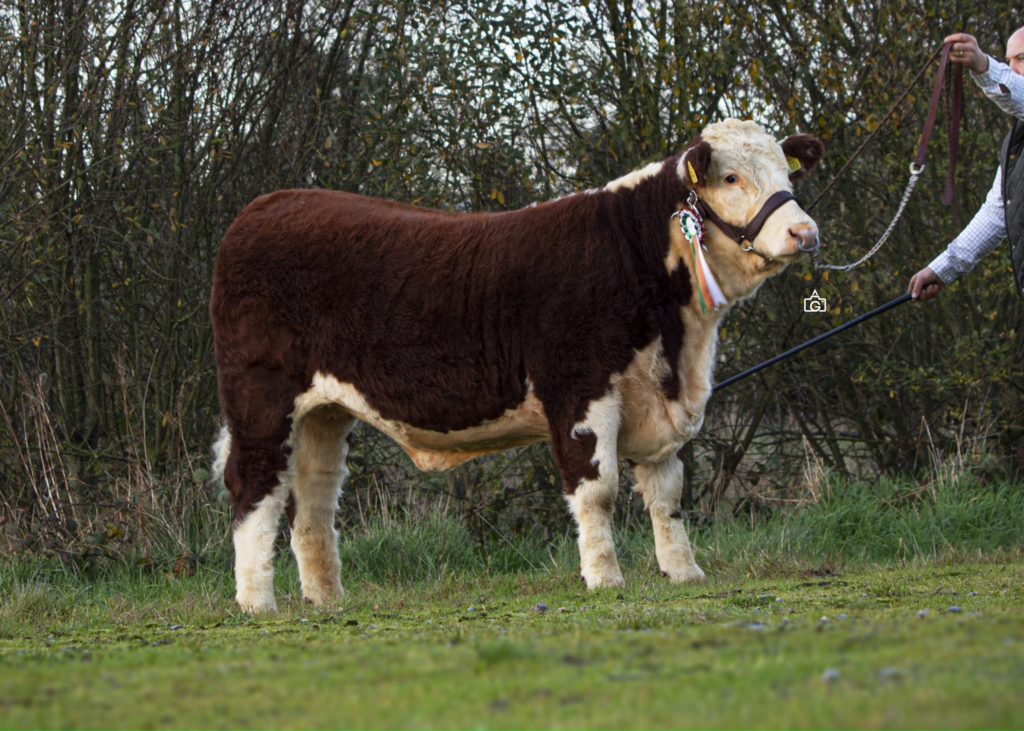 Rose sold at €5,000 to James Thompson, Rathvilly to join the Ballyraggan Herd.

The final lot through the ring at the inaugural was Droumdaniel Delia 91307, this August 2020 heifer is by Brocca Kieran and sold at €3,500 to Noel Farrell, Co. Westmeath.

Cathal McCaffery from Elphin paid €3,200 for a 15-month-old Keenagh Ruthea, sired by E and R Jones’s homebred stockbull Keenagh L-Jay, her full brother sold in 2019 for €3,900 at the premier sale.

Polled heifers continued a strong trade, according to the event organisers who noted two Fabb 1 Northern Star daughters selling to €3,200 and €3,000.

At €3,200 was Drumcarbin 1 Snow from Shane McKiernan, a 14-month-old daughter of 2018 All-Ireland Heifer Calf Champion, the successful bid was online to Alan Shaws herd, Co. Tyrone.

Lot 12 from Brian Duignans was Shancorpoll 1 Tilly, after competitive bidding the hammer fell to Joe Deverell, Ballyaville at €3,000.

Concluding, the society expressed its thanks to all purchasers and underbidders for their support in the sale and to the sellers for also.

Concluding, the organisers wished the buyers all the best with their purchases outlined “we look forward to hearing of their progress”.