Always keen to keep up, JCB has just launched what it describes as its "all-new electronics infrastructure" which offers a new interface on its latest Fastrac 4000 and 8000 models.

The company has divided the electronics involved in tractor operation into three key areas and the new system, which it has called 'iCON', serves each section individually through a common screen.

The first area addressed is each individual operator's interaction with the controls, with full customisation of the various functions now possible.

The most obvious manifestation of this development is the new iCON seat-mounted armrest console and a 12" colour touch-screen display. 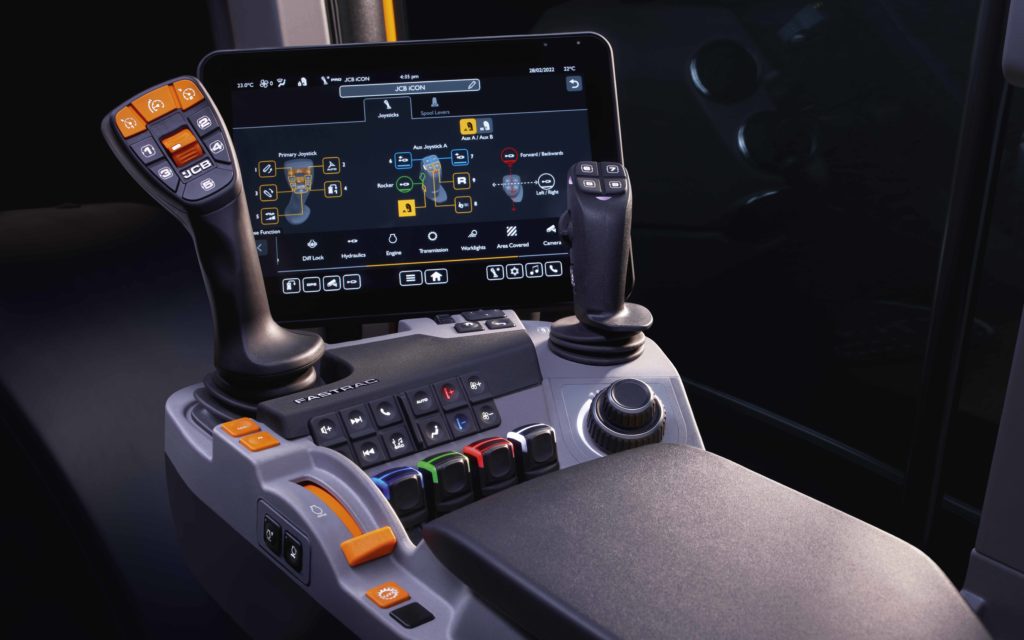 The position of the new 12-inch screen may be altered according to the job in hand.

The screen's position can be altered to allow for easy viewing, or it may be moved to one side to maximise visibility through the Fastrac’s large windscreen.

An auxiliary joystick and hard keys, plus an encoder dial are still provided as a tactile alternative to using the touch-screen interface.

The second field is the integration of the latest precision agriculture technology into the control and monitoring of tractor operations, using the ISOBUS standard as the communication protocol. 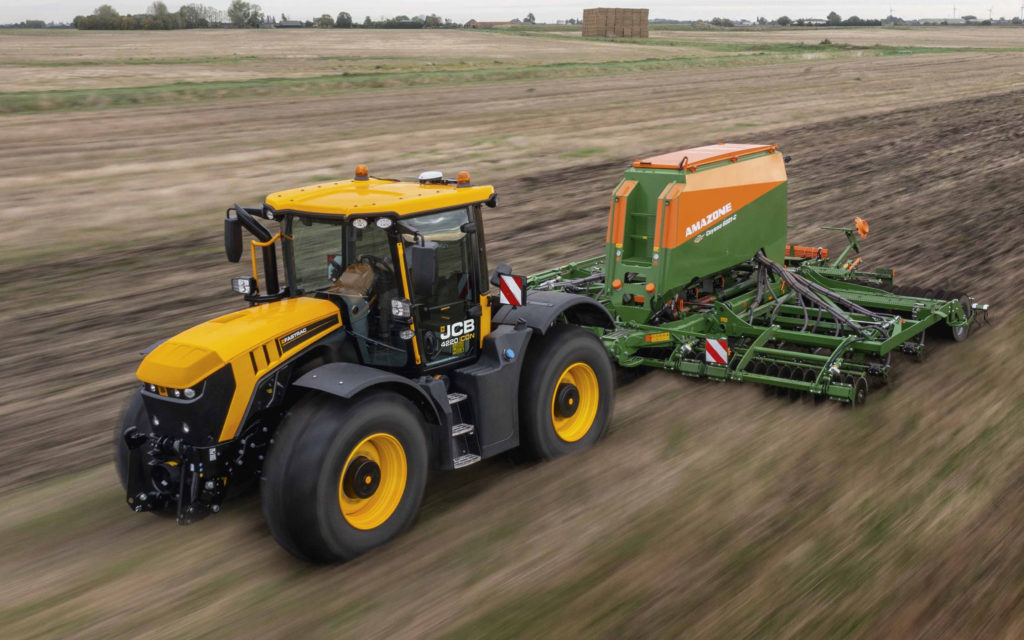 A factory installed fully-integrated GPS guidance system will be available. This consists of a Novatel Smart-7 receiver, a steering controller and JCB user interface, with Section Control and Variable Rate Control available as unlock options.

However, should the customer already have an after-market guidance and precision farming system in situ, the GPS Ready option enables the Fastrac to quickly embed itself within it.

The third is specific to the machines themselves with updated driveline software which enables operators to set the appropriate forward speed leaving the tractor to balance engine revs and gear ratio to achieve it at the most economical level. 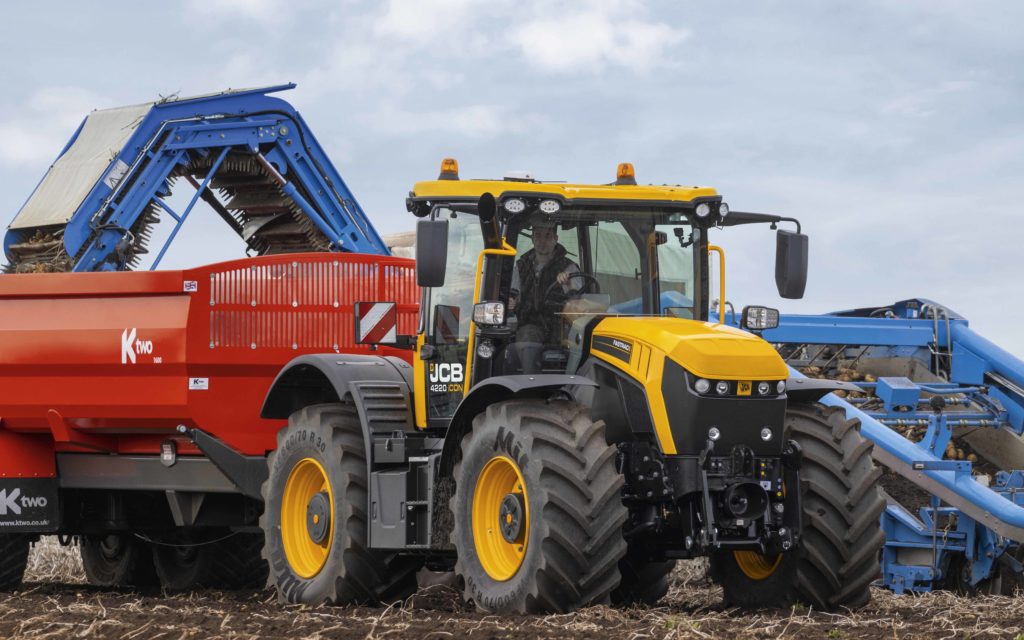 The new JCB Pro format simplifies the selection of ground speed. Pushing forward or pulling back on the joystick will alter it, while moving to the left or right operates the forward/reverse shuttle.

JCB Agriculture managing director, John Smith, notes that besides introducing these new features the company wanted to maintain a familiarity in terms of the controls to ensure existing users can quickly adapt to the new system.