Valmet is a name that sounds vaguely familiar to many, most are aware of it as the precursor to Valtra, but quite how the company changed from one name to other is not so commonly known.

The company had something of an identity crisis in that it had an uncertain livery and it wasn’t always clear where it originated.

Its ownership has also, apparently, been rapidly passed around various corporations in the latter part of the last century.

It wasn’t until 2004 that it at last found some stability when AGCO purchased it from Kone, the latter being a conglomerate more usually associated with the production of lifts and escalators, which remains as its core business today. 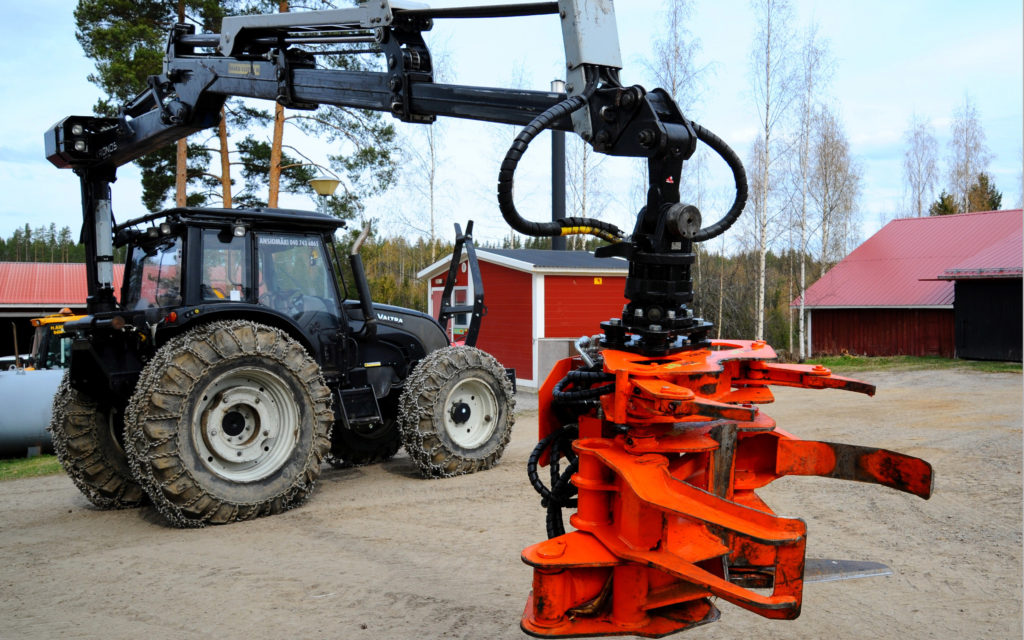 With this stability, the company has been able to find its place in the market, first as provider of tractors that were orientated towards the Nordic farmer, and more latterly, as a manufacturer of premium machines, which lie somewhere between the mass market Massey Ferguson range and the top of the pile Fendt brand.

To understand the events which led to the company emerging as the Valtra we know today, it is helpful to look at the background of the company and how it managed to stay in business while many other post-war manufacturers failed.

Farmers in Nordic and Scandinavian countries do tend to place extra demands on tractors than their counterparts from further south.

It is said that in Finland farmers have three distinct jobs. The first is running the family farm, the second is as a forester, while the third is being a contractor to the government for snow clearance work. 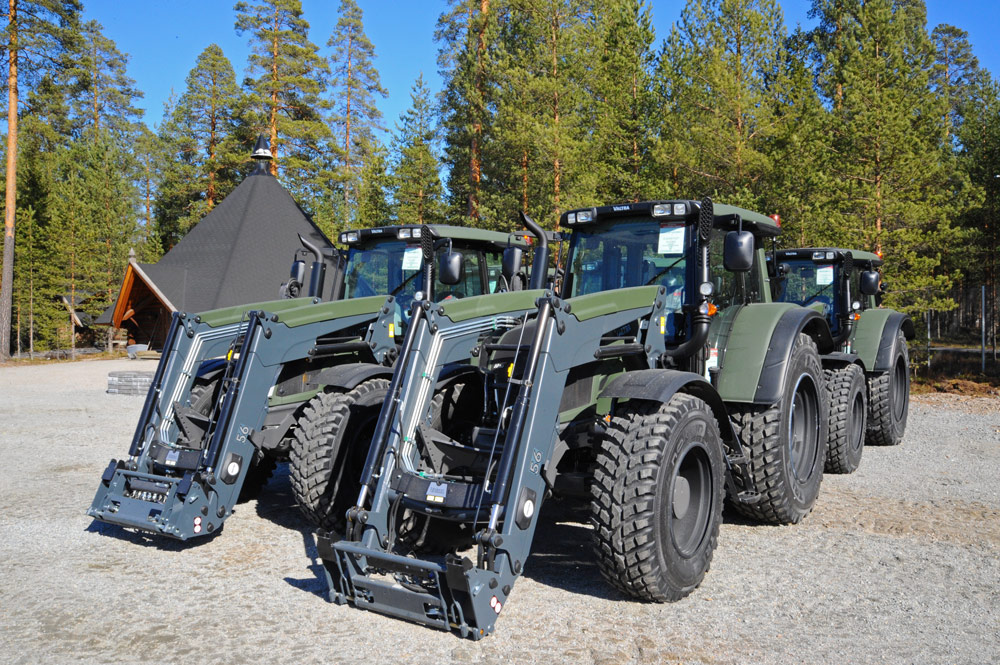 Tractors have to be built to perform in all of these roles which has, to a great extent influenced their design over the years.

A fourth, but less spoken about function, is as military transport, especially for operations during the winter where traction is at a premium.

It is this smorgasbord of demands that the original Valmet company had in mind when building its tractors over the years. Such construction details as having the fuel tank incorporated into the transmission assembly to keep its contents warm in freezing temperatures, was one notable quirk. 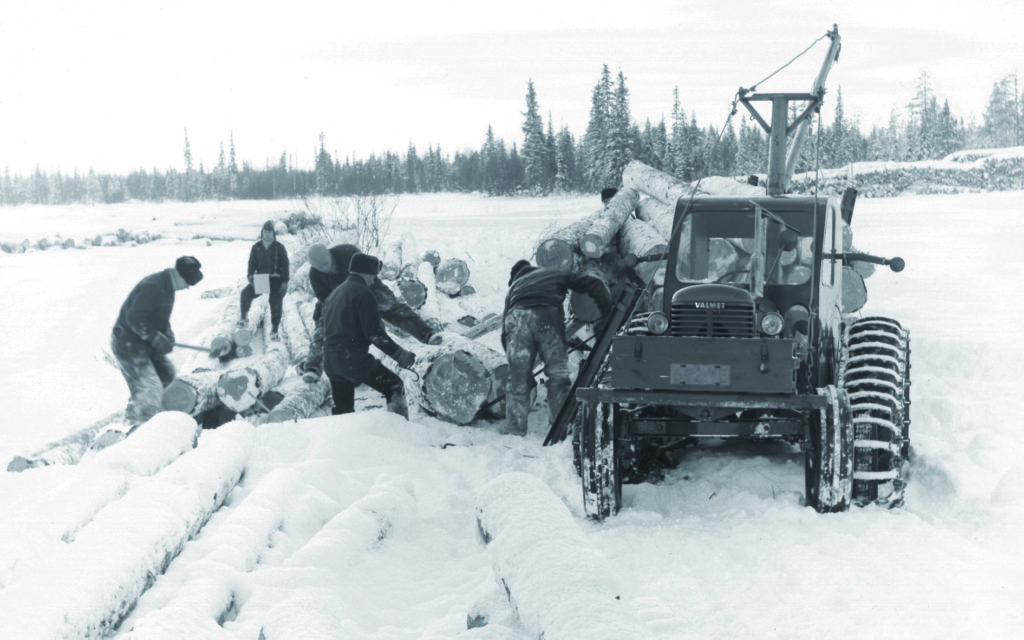 Yet building tractors was just one small facet of the Valmet conglomerate. The name itself is an abbreviated form of Valtion Metallitehtaat or ‘The State Metal Works’ in English.

The birth of Valmet​

Its origins lay in the post-war need to fulfill reparation demands placed on the country by Russia after the war.

To settle these requirements in as short a time as possible, the government of Finland, to all intents and purposes, nationalised Finnish industry so as to better oversee the process before focusing attention once more upon the country’s own needs.

And so Valmet was created from the amalgamation of privately owned engineering companies and state-run factories, two of which were the cannon factory and rifle works based near Jyvaskyla in south central Finland.

The need for munitions had obviously decreased dramatically after the war so after the demands of Russia were satisfied, these two factories started looking for peace time roles.

Tractors were an obvious candidate as the world turned to the mechanisation of farming and so it was that Valmet entered the fray with its 15hp model A in 1952. 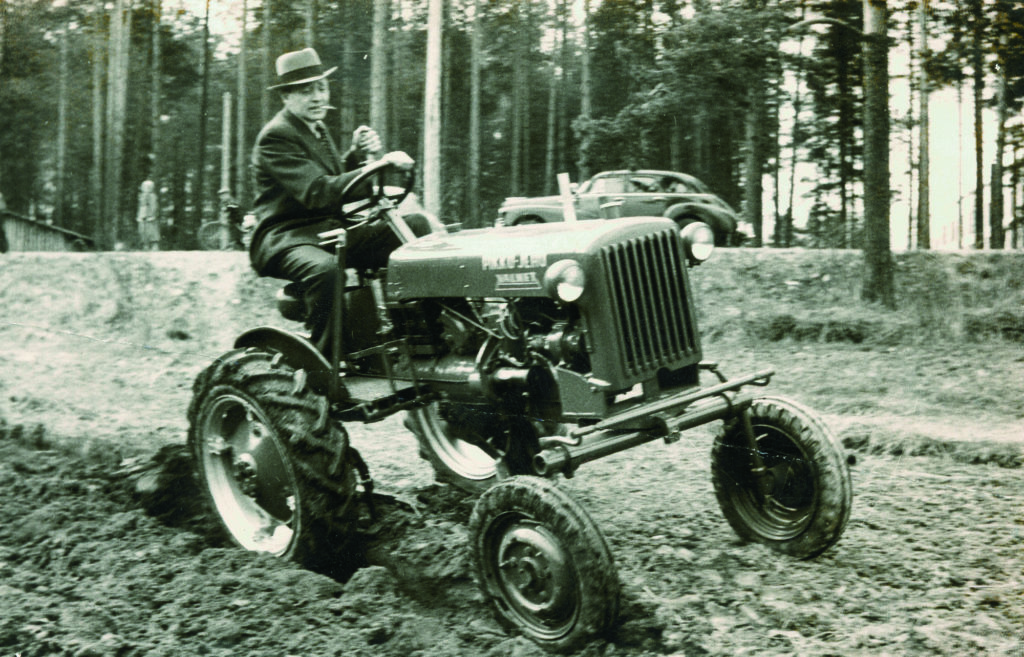 Valmet ‘s first chief engineer, Olavi Sipila, drives a Model A at a ploughing demonstration in suit and tie

The transmission tunnel for the prototype models was formed from a gun barrel sourced from the cannon factory, as clear a case of beating swords into plough shares as there has probably ever been.

The cannon factory was not interested in making tractors, instead, it had set its sights on the wood processing industry, paper mills in particular and started producing the large rollers needed for the new plants.

Tractor production was taken up by the old rifle factory at Tourula where the engineering skills available were better suited to a tractor manufacturer.

A fledgling of the Valmet nest​

Various other companies which had been pulled together under the Valmet umbrella also started to do their own thing again, although the parent company remained as a government-owned and controlled corporation.

Wood pulp and paper processing remained the largest part of the business and it is this section that still carries the Valmet name.

It now describes itself as “the leading global developer and supplier of process technologies, automation and services for the pulp, paper and energy industries”. 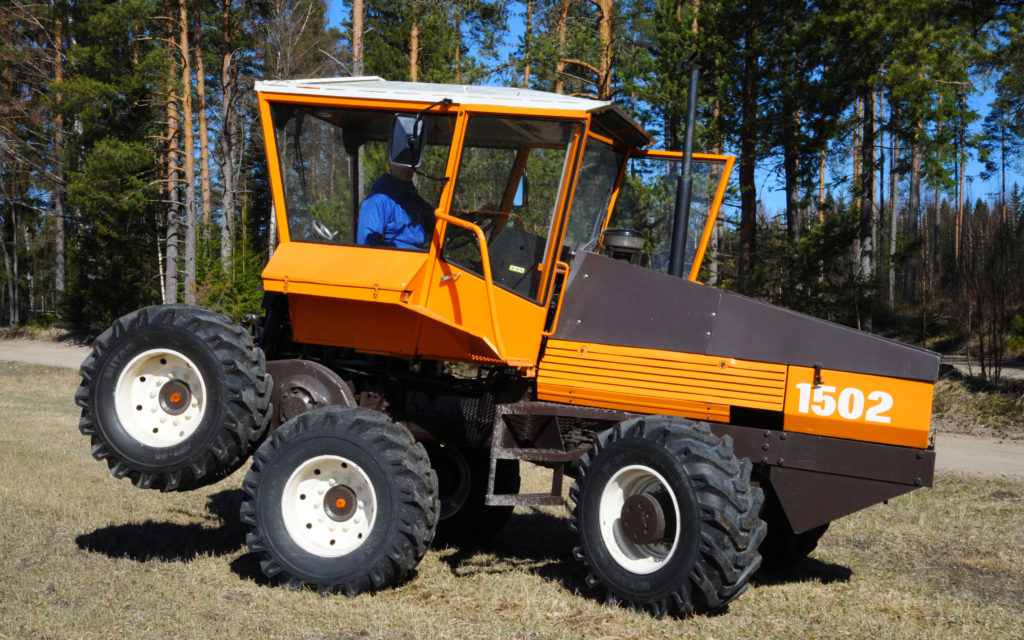 Valmet was an innovative company and introduced the six-wheel 1502 in 1973. Unfortunately, it was a thirsty beast and its arrival coincided with a huge rise in oil prices

During the 80s, large government-owned conglomerates were getting a bad name globally, especially in the eyes of the free marketeers of the time.

Finland was not immune to this pressure; it started selling off the various parts of the Valmet empire to private buyers, although it would often retain a holding in each company.

Volvo bows out of tractor production​

The tractor division remained within the parent company for the time being. In the early 80s, Volvo BM transferred its tractor interests to Valmet to concentrate on construction machinery, an act which greatly bolstered the Finnish company’s position in the market. 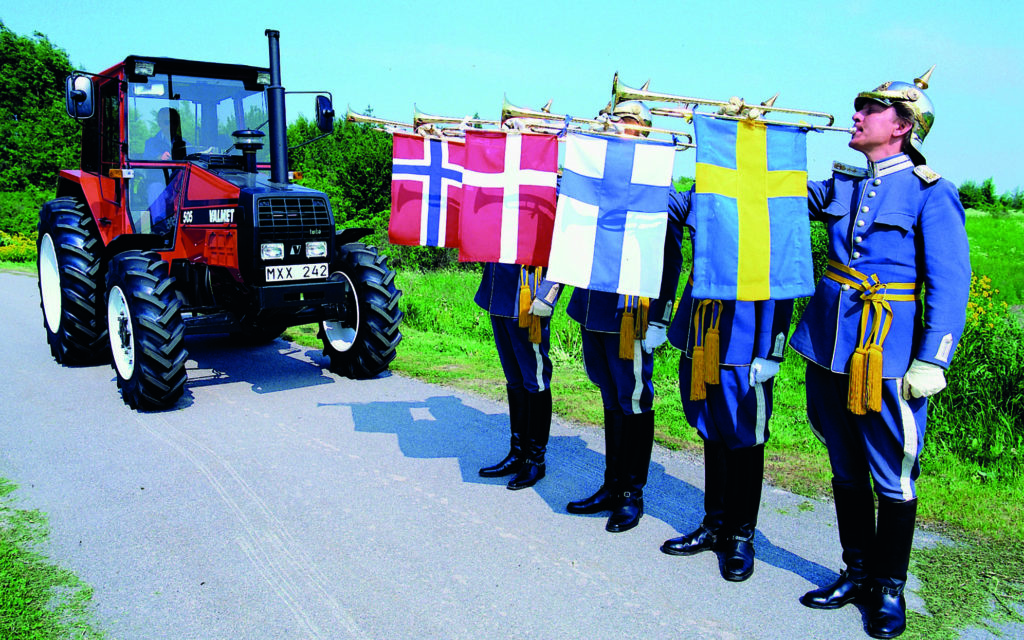 The Nordic tractor was announced in 1982. It was a clean sheet design

Despite a new and much lauded tractor range, jointly developed with Volvo BM during the transfer process, Valmet ran into serious difficulties in the early 90s.

This resulted in the accumulation of large stocks of tractors, 500 redundancies and the threat of closure.

It was a time of crisis and a time of change. The whole tractor operation, including the facility in Brazil, was consolidated into one entity named Valmet Tractor Inc. and the management was streamlined and brought closer to the factory. 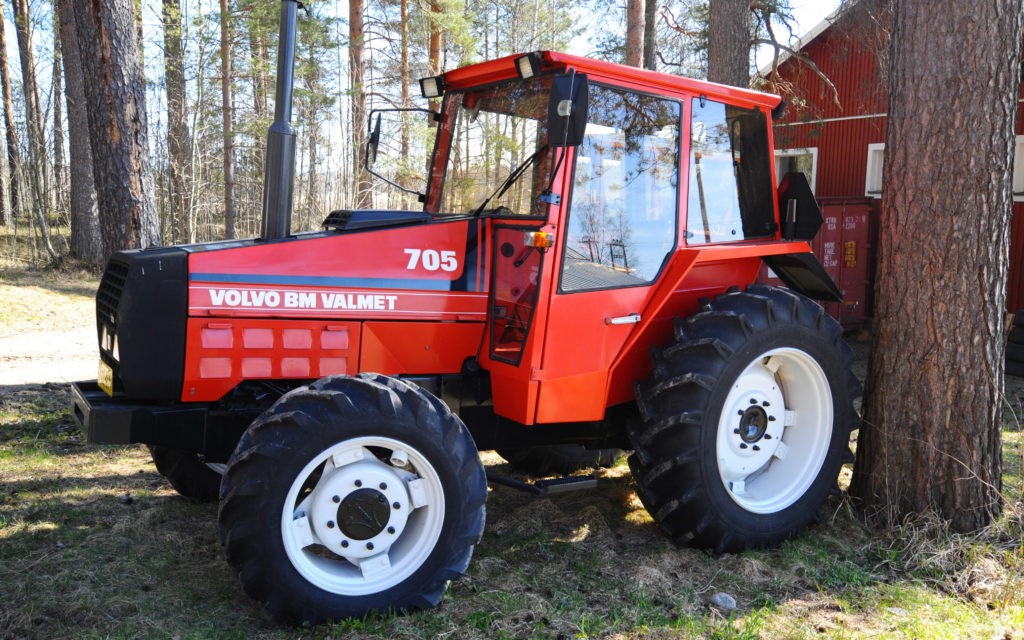 During the transfer of the Volvo tractor business to Valmet, the tractors carried both names

The large stock of tractors was cleared by selling them directly to customers in Finland. More than 300 were sold on the first day of the campaign, clearing out old stocks and injecting some much needed cash into the business.

A fruit ready for picking​

Now that the various parts of tractor production had been excised from the overall company structure and placed into one pot, it had become ripe for selling off.

This duly happened 1997 when it was sold to Partek, a Finnish conglomerate with interests in mining, forestry and engineering, including Hiab cranes.

The government retained 30% of the shares, so it was not quite a full privatisation. 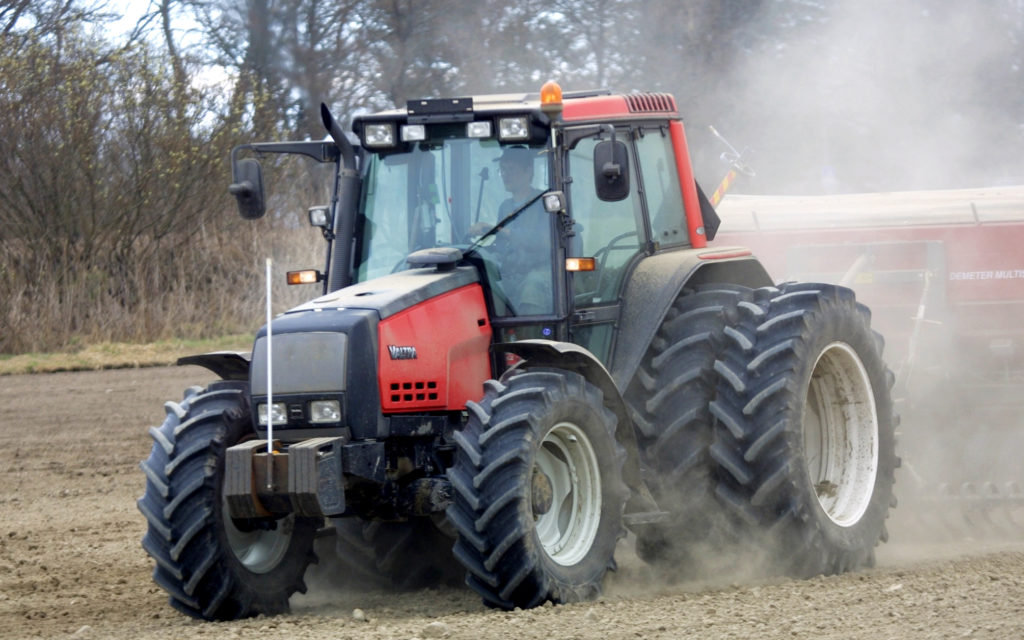 During the various reorganisations of the early 90s, the company had been growing more distant from its origins and it was agreed that it could continue to use the Valmet name only up until 2001, at which point it had to change its branding.

Such a dramatic shift is a nightmare for any company and there was great concern over how to manage it. The first and most important problem being choosing a name that would not alienate the customer base.

As it happened the solution was not hard to find.

Back in the 60s and 70s, the company had been working with after-market suppliers to provide a full range of approved attachments for Valmet tractors.

Any equipment which had been tested and approved by Valmet for use on its machines could be sold under a joint brand name. This name happened to be Valtra, and it was seen on such items as front loaders and backhoes. 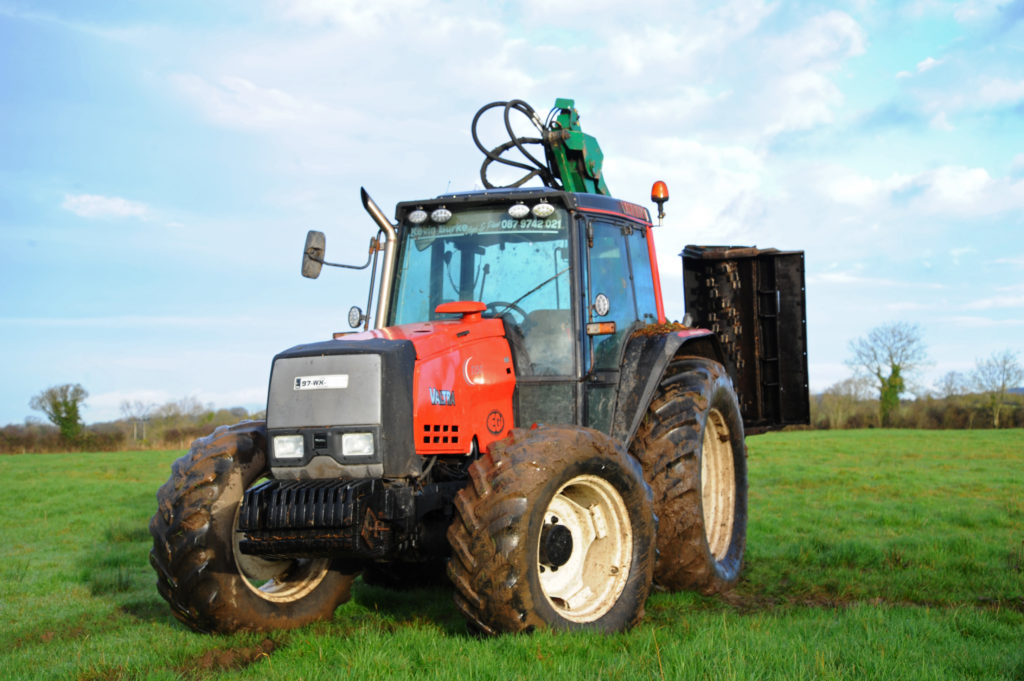 The scheme had fallen into disuse, but Valmet still owned the moniker and had even used it on the articulated tractors of 1996.

It was therefore a simple task to resurrect and apply it to the tractors where it provided some continuity and connection with the Valmet brand.

Thus it was, that Valmet finally morphed into Valtra in 2001 and the following year the company was sold off in its entirety to Kone. Three years later AGCO fully acquired the company and it has remained with them ever since.