Machinery sales have experienced a good year, of that there is no doubt, and the sales keep coming according to Roy Mortimer, proprietor of Donegal Tractors in Letterkenny.

“We would normally have at least 20 tractors in the yard, but now we only have around four for sale, although more are arriving this weekend.
Click to expand...

This a is a healthy position for any dealer to find themselves in, yet selling tractors is not as simple a task as it might appear on the surface, a dealer has to be more than just a middleman if he is to survive.

The friendly touch in Donegal​

One of the features common to the network of dealerships that are the backbone of the Irish machinery trade, is that they are family-owned and family run.

Donegal Tractors is no exception with Roy Mortimer, his wife, Marian, and their two sons still very much involved in the business. 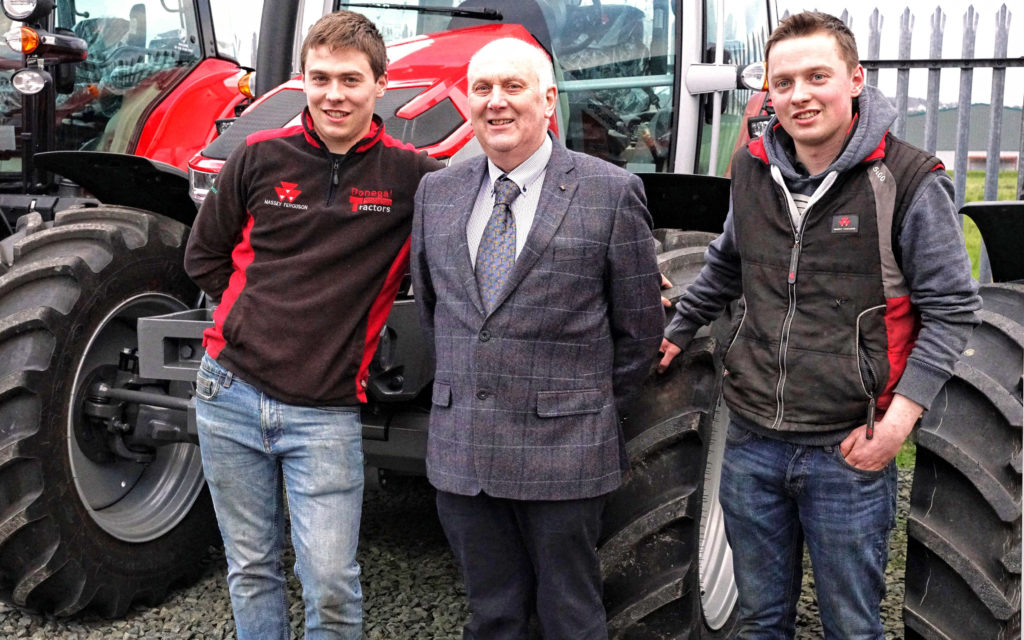 It’s not the largest dealership in the country, but it epitomises the friendliness of the the local family-run dealership that serves the country so well.

The main focus is on Massey Ferguson tractors, the marque Roy served his apprenticeship on and the one with which he is so familiar. He started selling them new in 2012, the year that he also moved into his current premises.

He had, up until then, been selling used examples, importing them mainly from the UK as well as dealing with local tractors as his customers traded them in.

The UK is still a vitally important source of used stock although Brexit has not made life any easier, or cheaper.

There now is, Roy notes, an extra cost of around €1,500 and a great deal more paperwork involved when bringing them from across the water. 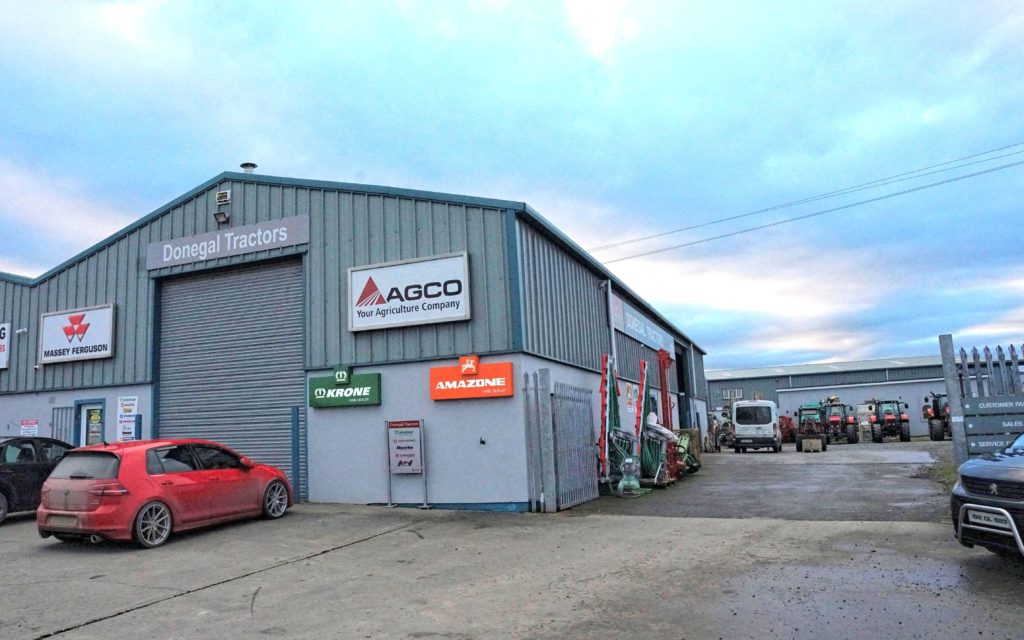 Roy moved his company into its current premises in 2012

This has not deterred him from continuing to trade with the UK dealers with whom he has built up an excellent relationship over the years. It is a matter of mutual trust and it has worked well for all concerned so far.

Another problem that all dealers in Ireland are facing is the shortage of available stock.

Roy mentions that the greatest demand is for tractors of 150-160hp, these are big enough to provide worthwhile gains in work rates but still small enough to fit in yards. 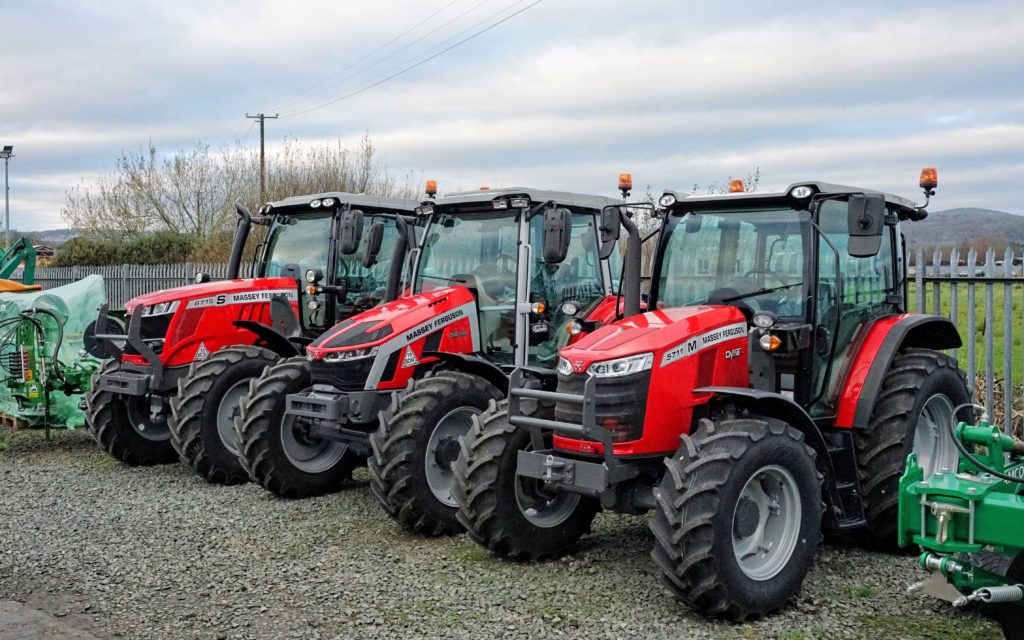 They are not easy to find and there is a worry that as the average horsepower of tractors being traded in at UK dealers increases, so they will become ever more scarce. Good tractors in the 120hp bracket are already becoming thin on the ground.

There is the looming question of whether his customers will have either the money or the space for 200hp tractors in the future, he rather thinks not.

30k should be minimum spend for good tractor​

For what is already out on the market, Roy also believes that a minimum of €30,000 is required to buy a good tractor that is going to last the course.

Every machine that they sell will go through the workshop before delivery and to be confident in that machine, it needs to be in sound shape to begin with. 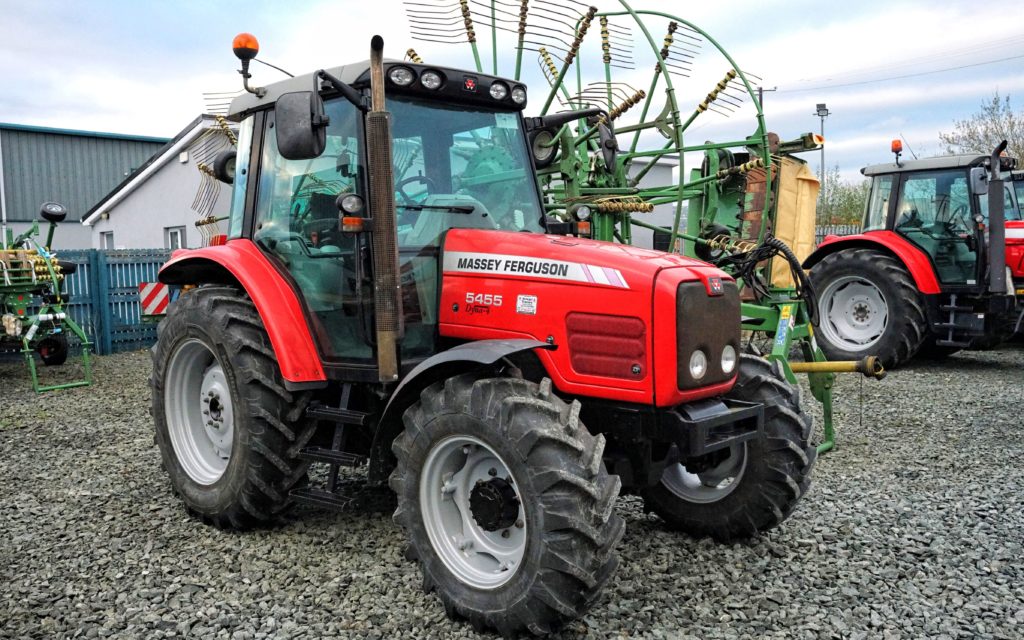 He is not complaining about the strong demand for used tractors, only rueful that he hasn’t as much to satisfy it as he would wish.

“We try to keep around 20 in stock and the yard is normally full, but I have another two going out soon and another three arriving at the weekend.”
Click to expand...

The increasing electronic complexity does not deter him and he reports few issues on the tractors he sells. He also notes that the majority of Amazone spreaders he sells go out with GPS section control fitted – his customers are not afraid of the new technology.

An issue he has experienced with the increasing digitalisation of machinery is that his service staff have to expand their knowledge base to include the latest systems, as well as retaining a firm grasp on the mechanical fundamentals, roles which are usually divided in large car dealerships. 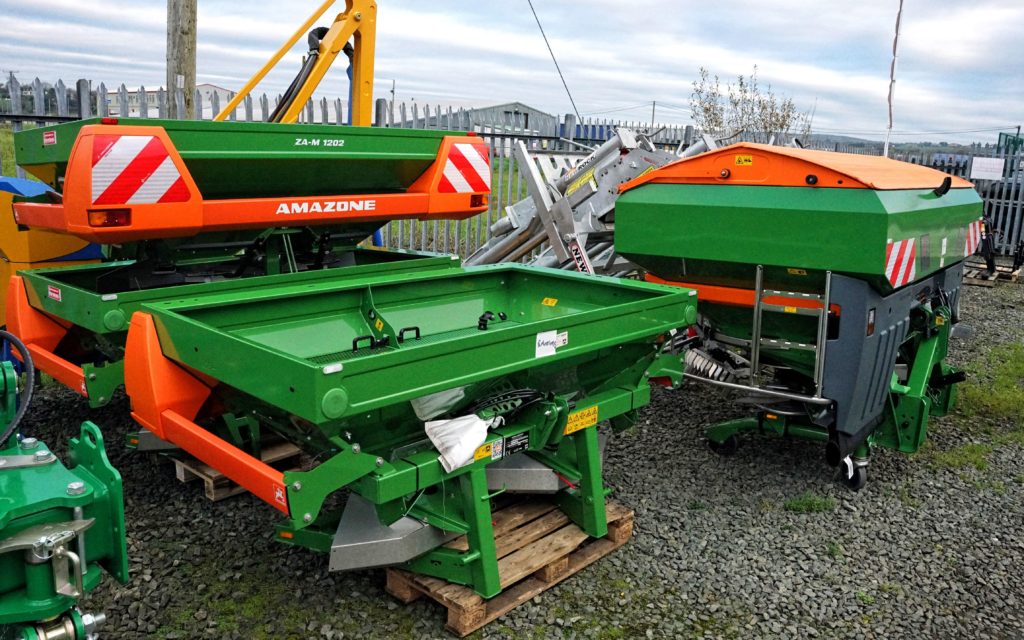 Recruiting and training staff is always a challenge as it is, without this extra burden put upon them.

However, his son David has just finished a degree in agricultural mechanisation at Munster Technological University, giving him a thorough grounding in the rapidly evolving field of machine computerisation.

If the demand for tractors is growing, so is that for dedicated handlers. Although he does sell Massey Ferguson telescopic handlers, there are still plenty of farmers who choose to equip their tractors for a multitude of tasks.

Trading in second hand units is not so straightforward though. There is a lot of work in servicing them he notes, especially the boom mount, and it is difficult to achieve a satisfactory margin when this is taken into account. 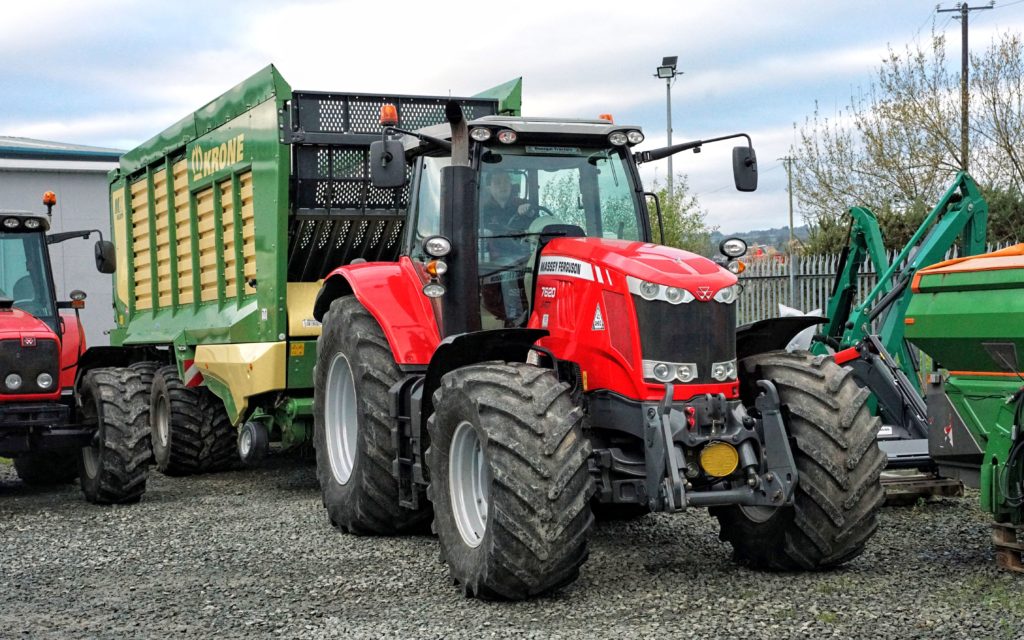 Roy has no complaints about the quality and functionality of Krone forage wagons, and they are still an option worth considering

There was a very well kept Krone wagon in for service when Agriland called, and Roy praises its capabilities saying that it suits the customer’s operation, yet it is only one of a range of options available to farmers with larger tractors.

This is part of another trend – that as dairy farms expand, they are taking on more work themselves, which leads to an increase in sales of larger mowers, tedders and rakes.

Mega dealerships are not always the answer​

There is a looming question over the future of the smaller dealership, with several of the big manufacturers continually hinting that they would prefer the supersized full line dedicated dealer to the smaller, and much more independent operator, such as Donegal Tractors.

If ever there was a case for retaining the local, often family-owned, dealership then Donegal Tractors is it.

This level of knowledge and trust built up with both suppliers and customers over the years cannot simply be bought off the shelf, as some of the corporations would appear to believe.

There is always a challenge​

The advent of more sophisticated machinery is not an insurmountable object either. The actual metal bending engineering is becoming ever more reliable, reducing the need to strip tractors down as a matter of course. 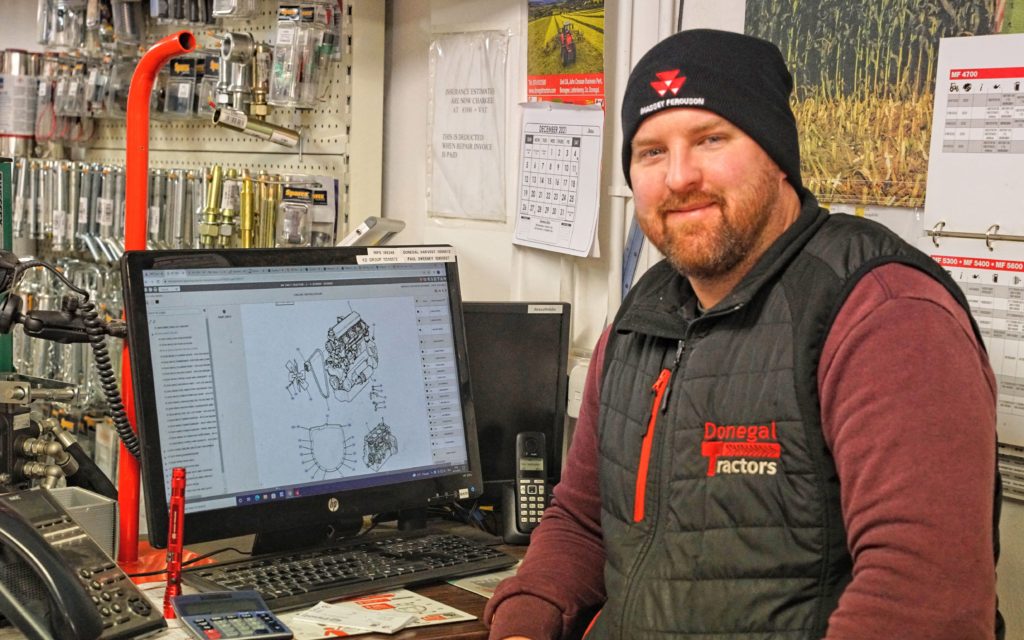 Rob Dunkley, parts manager, has a sound grasp of what can be got and what is worth buying

Problem solving has swung towards the use of a laptop and it is now up to the industry as a whole to ensure that it can train and retain the the staff needed to work the software.

Meanwhile, at ground level, a friendly face, respect and integrity are the keys to any successful business and these are the strengths of any local dealership, a group which most definitely includes Donegal Tractors.