John Deere, like all mainstream manufacturers, is investing heavily in digital technology and proudly markets its electronic wares as being of great benefit to the farmer.

All the major companies will have a multitude of systems to aid, not only the operation of the tractor in the field, but also the handling of data generated by machinery and its management back in the farm office.


Contractor convinced of the benefits

One of the chief attractions being that it was fitted with the company’s HarvestLab 3000 nutrient sensor. 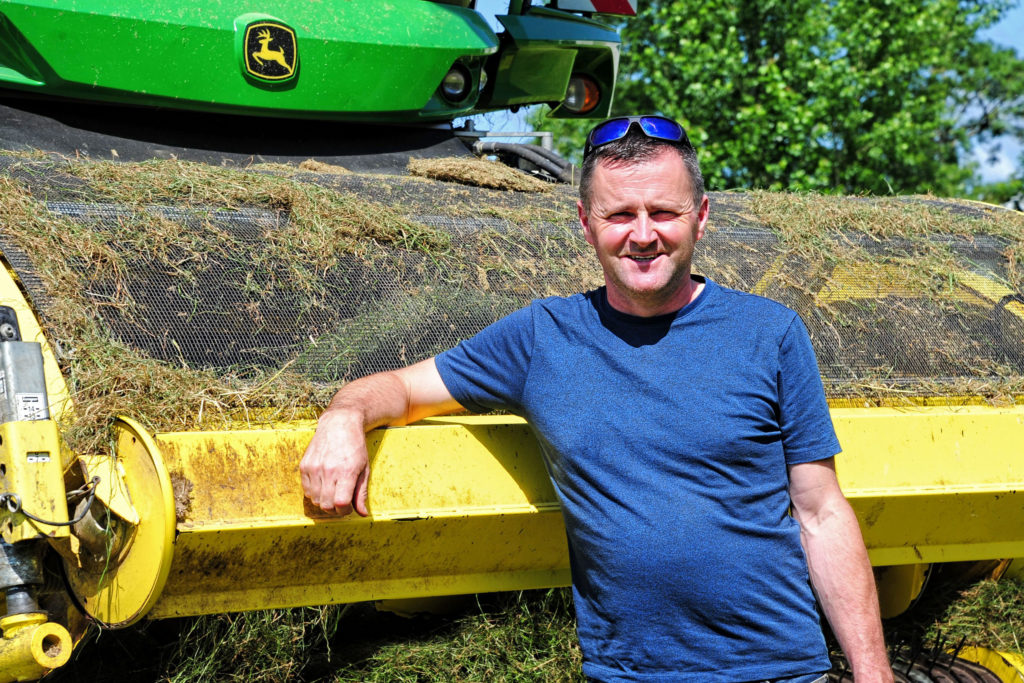 This device sits on the delivery chute and analyses the grass as it passes out of the chopping unit and into the trailer.

All these measurements are constant and are recorded in real time, leading to a stream of data which can trace the silage quality back to, not only the field, but the general area within that field. 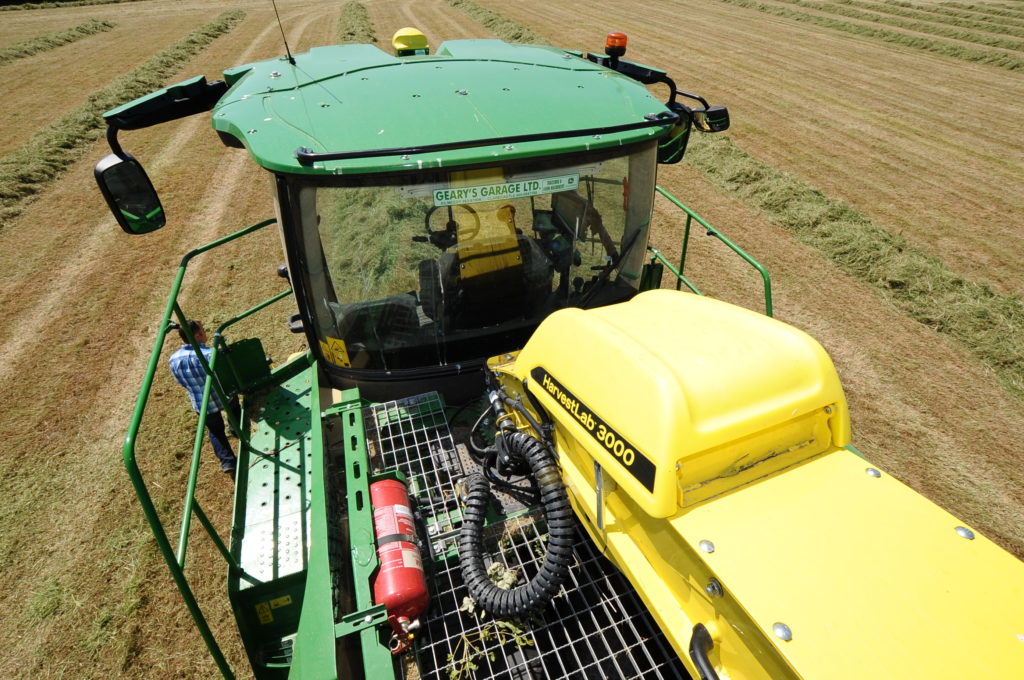 At this point it is worth noting that although the system is highly accurate, the actual area the data can be pinned down to, depends on the mowing and swathing operations that preceded the harvesting.

This will naturally reduce the potential accuracy of precision application of inputs. 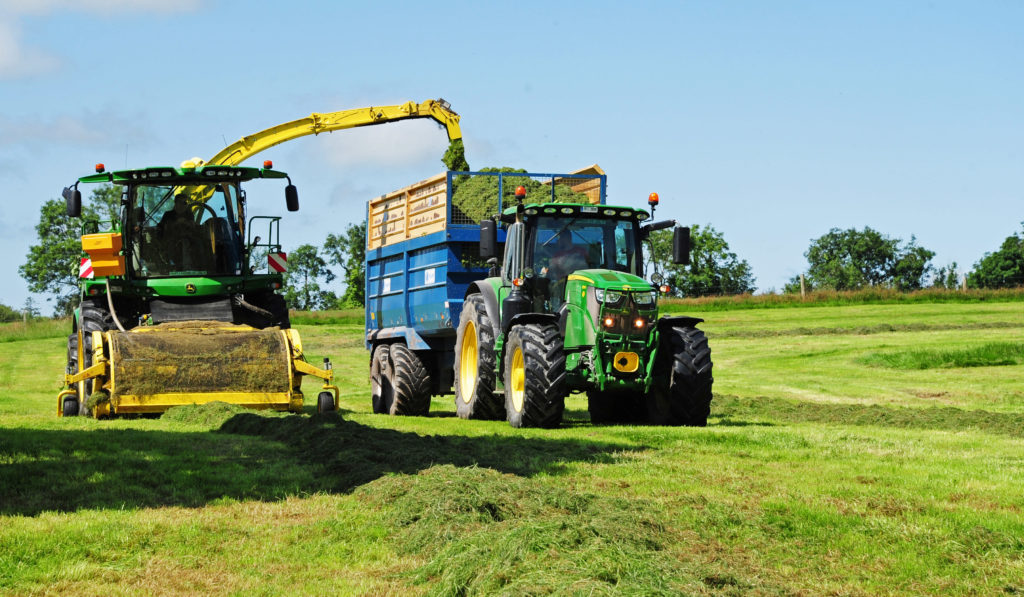 Crop conditions can vary enormously. Just 42% moisture was being recorded on this sheep paddock

Other than this drawback, the potential benefits of having both an analysis of grass yield and quality in real time, as well as being mapped for future reference, are tremendous, according to Michael, who has become a keen advocate of data generation and analysis.


Agriland visited Michael as he was clearing away some second cut silage at the Salesian Agricultural College in Co. Limerick.

It was during fine weather and the fields had been mown two days beforehand.

Watching the data from HarvestLab, as it is displayed on the screen, gives a fascinating insight into what is actually being harvested. A view that was not available up until the advent of this technology. 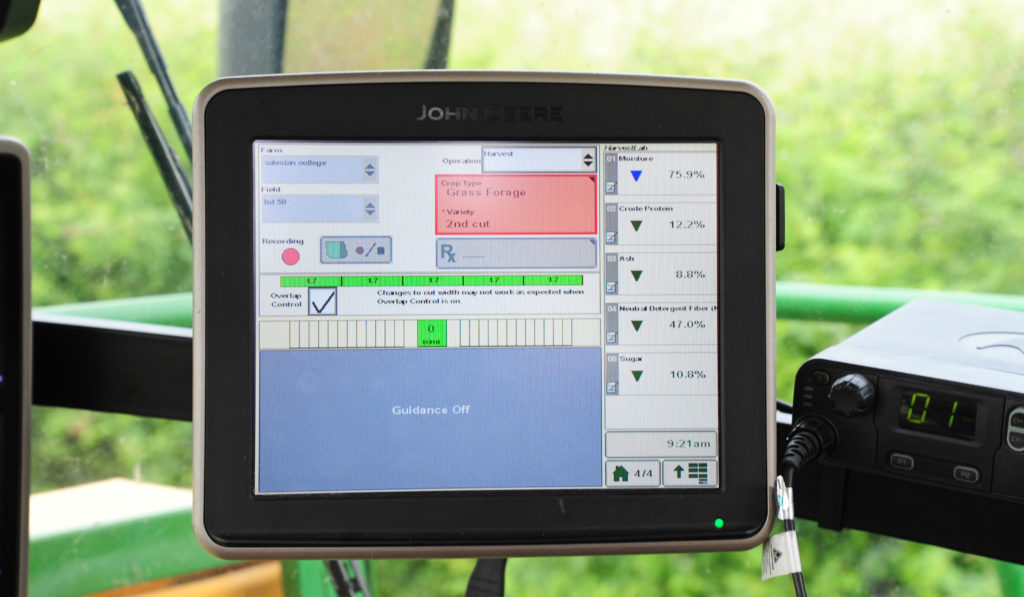 The screen displays the results in real time while simultaneously uploading them to the tractor company’s own cloud.


Moisture content is obviously the major parameter and will dictate the need, or otherwise, for a silage additive.

On the day, this varied between 82% and 41% in the fields being cut, the former was silage ground while the latter was sheep paddocks. 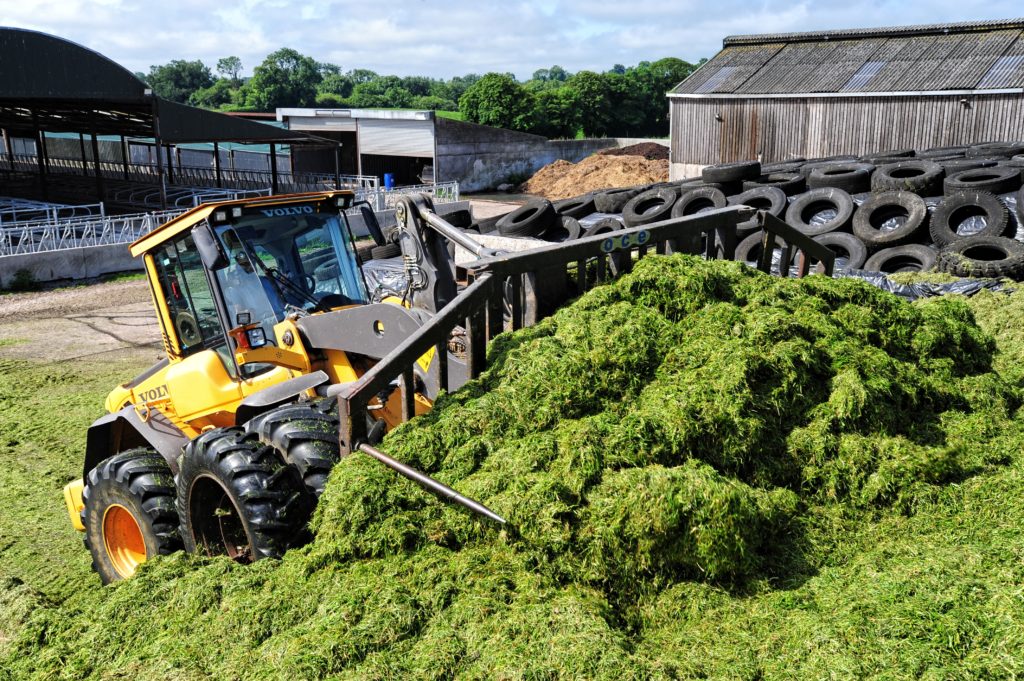 The amount of water being carried back to the pit will also be of interest, but it is only one factor in projected silage quality and quantity.

The energy, protein and fibre levels are just as important in determining the final feed value and the HarvestLab system can give an average for the whole crop, not just the small sample that may be collected for analysis in the autumn.

Having access to both the quality and quantity of available silage several months earlier than normal, can greatly help with planning winter feeding and stocking levels.

Not all grass is equal


There is, apparently, a huge variation in quality and quantity across the farms that Michael works on.

The college fields, unsurprisingly, are well up with the better ones, but others may lack the desirable qualities recorded here. 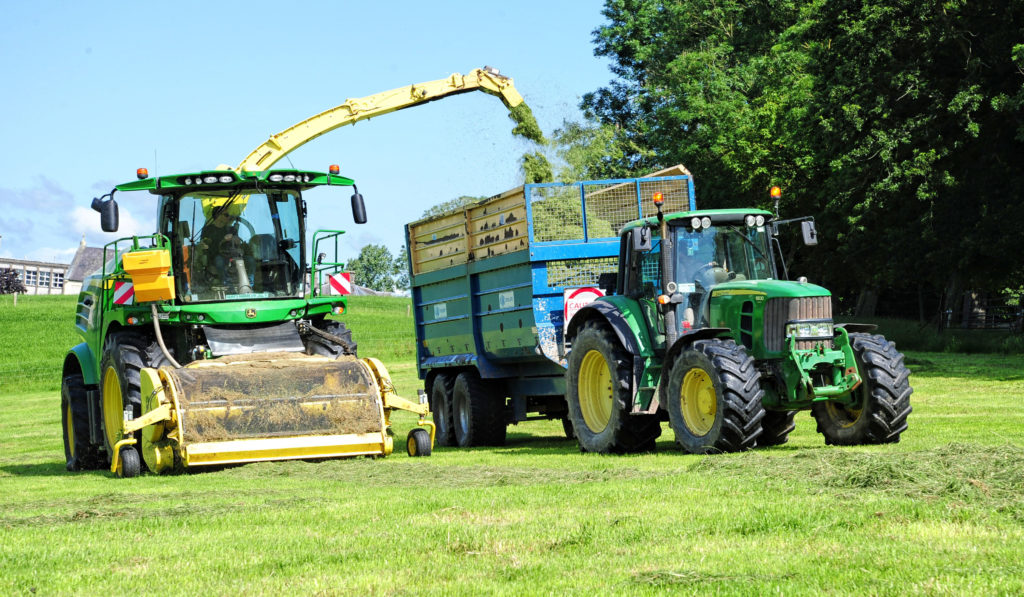 Thin pickings on a sheep paddock

The college grounds are treated uniformly and all receive much the same in the way of inputs.

However, that is likely to change as the results of the HarvestLab and yield maps accumulate to give a clearer idea of what is happening in the field.


John Flannery, vice principle of the college, is a keen advocate of the new information that is becoming available.

In addition to the ability to plan winter feeding well ahead of the season, the college is now starting to vary its application rates for fertiliser according to yield.

Other management decisions, such as reseeds, will also be informed by the data.

A full, GPS-guided, soil analysis of the farm is taken every three years and he does not see this exercise being displaced.

It is more a matter of combining the two sets of information to better inform the management of the whole enterprise. 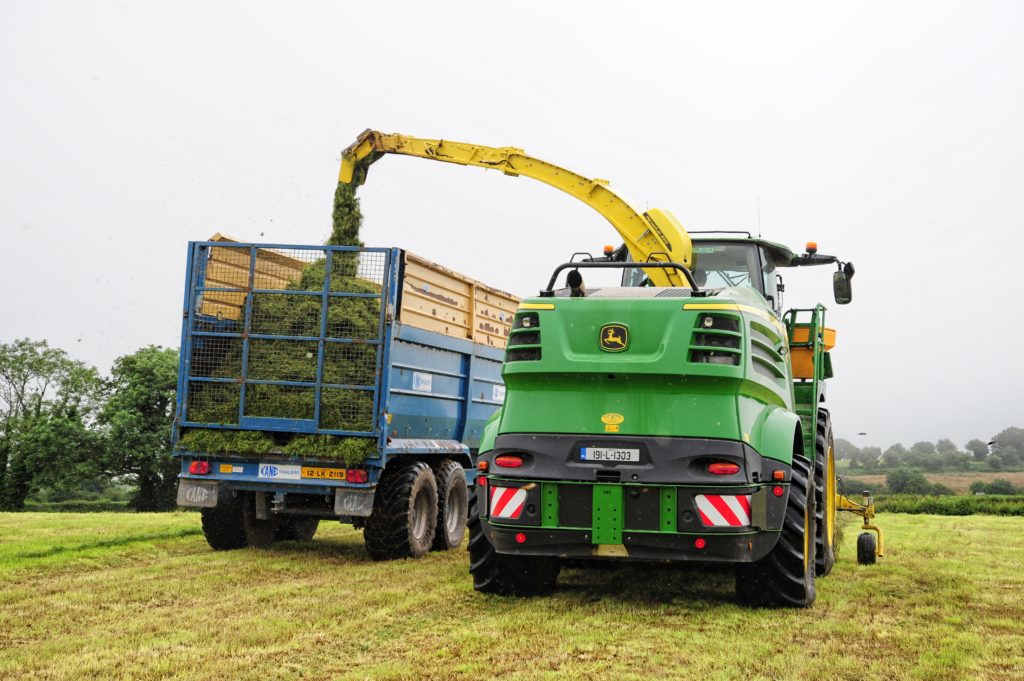 The dairy fields were treated as one, but yield variations point to the potential of varying inputs

The college is also satisfied with the accuracy of the HarvestLab unit, having matched against its own near infra red (NIR) analytical tool and found it to give exactly the same results.


Bringing the benefits of the latest technology to the attention of students is also an important aspect of its work.

Having a contractor equipped with such a demonstrably useful piece of digital technology helps get the message across.

While manufacturers broadcast the message that the new technology is here and will transform profitability overnight, at farm level, there is a slightly more cautious approach to adopting it. 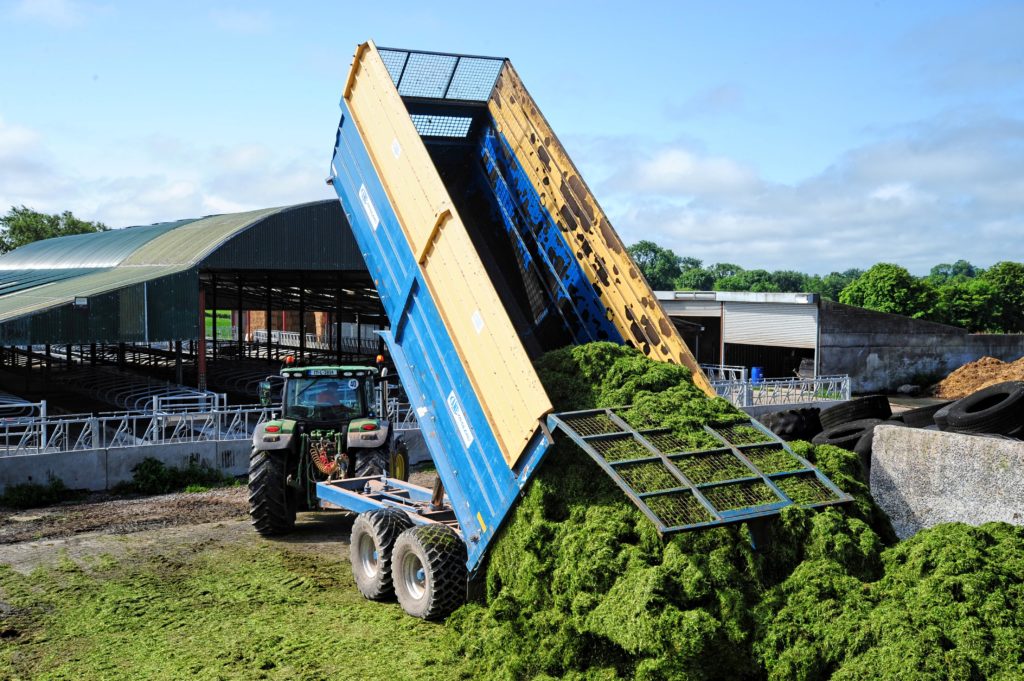 This is not to say it is unwelcome or undesirable… far from it; it is more a question of finding what is useful among all that is now on offer and gradually integrating it into the farm enterprise.

At Salesian Agricultural College we see a growing partnership between a forward thinking contractor and a client dedicated to exploring and exploiting the new technologies, while passing on what it has found beneficial to the next generation of farmers.

This is, perhaps, the sort of connectivity which will prove to be more important than the actual devices and systems that enable it.