Taking the top honours in the calf ring was Chris Johnston, from Fivemiletown with his homebred baby, heifer calf, Jo Jo sired by Trueman Idol.

This exciting prospect caught the eye of many visitors to the event, tipping the scales at 275kg and selling for £5,600 or £20/kg, to Owen Miskelly, Ballynahinch.

It was a clean sweep for the Limousin breed in the calf ring as the Reserve Champion calf, brought out by Mark McCartan, from Crossgar, was sired by Foxhill Ourbest. 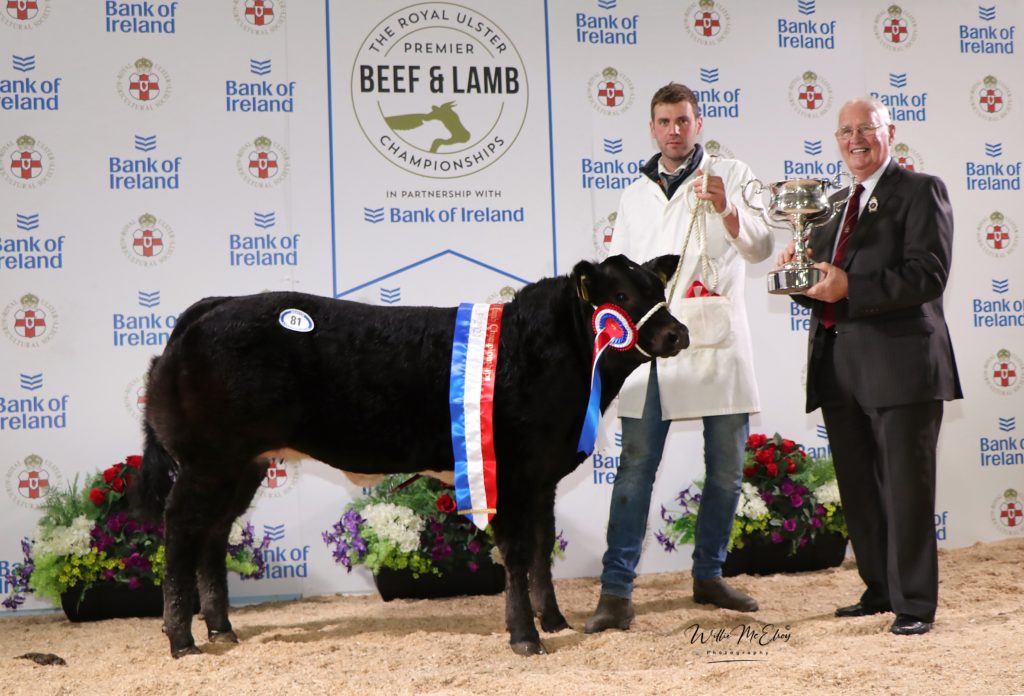 Champion Calf at the RUAS Beef and Lamb Championships 2021

In the prime beef classes, a Limousin heifer from the Newtownards-based JCB Commercials’ team took the Supreme Champion of the Show.

Weighing 650kg on the weighbridge, she sold for £7,500 to Kitson Family Butchers, from North Yorkshire.

The Reserve Supreme Championship was exhibited by Nigel and Sandra Cochrane from Portadown. Their Limousin heifer sold for £7,400 to Owen Miskelly, from Ballynahinch in Co. Down (£12/kg).

It took £5,800 to secure the Breeding Heifer Champion from the Jalex team of James Alexander, Randalstown. Giving her a tight run in the judging stakes was a British Blue sired heifer from the JCB team, selling to Owen Miskelly at £5,100.

Leading the prices in the lamb ring were a pair of ewe lambs from Co. Tyrone breeder, Adam Donald.

Sired by a Suffolk ram these realised a total of £980 and were purchased by Keith Corrigan, from Ballinamallard in Co. Fermanagh.

The same willing buyer also forked out £960 for a pair of Dutch Spotted ewe lambs from Liam Campbell, from north Antrim.

Co. Down butcher Alfie Murray parted with £700 to secure a pair of Badger Faced lambs, presented by Clive Richardson, Lisnaskea.

Results from Beef and Lamb Championships 2021​ 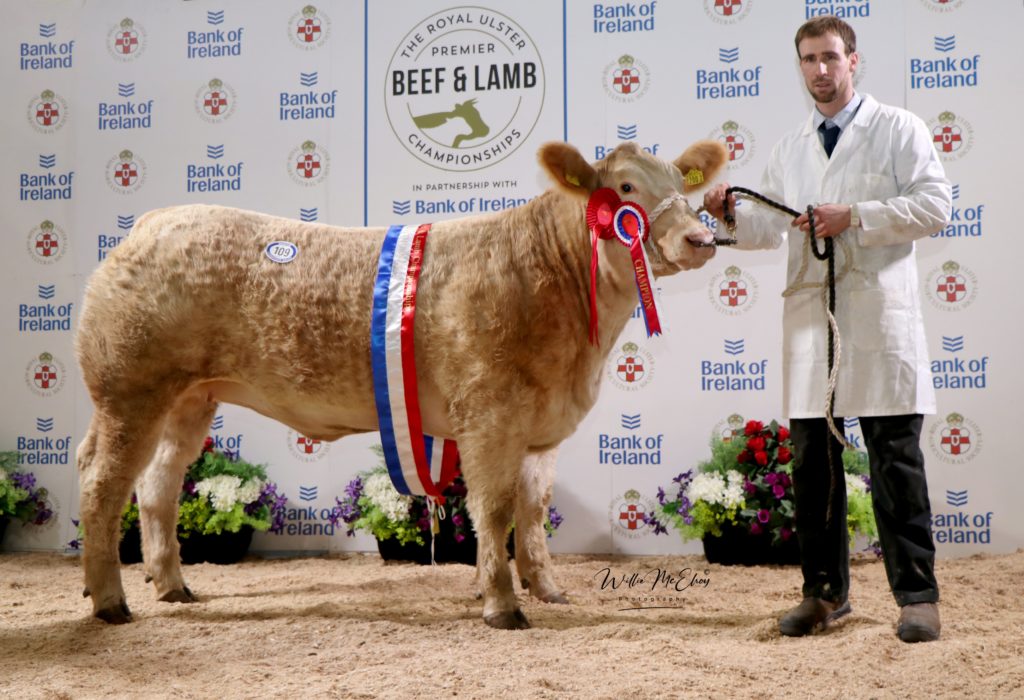 Beef Shorthorn Champion at the RUAS Beef and Lamb Championships 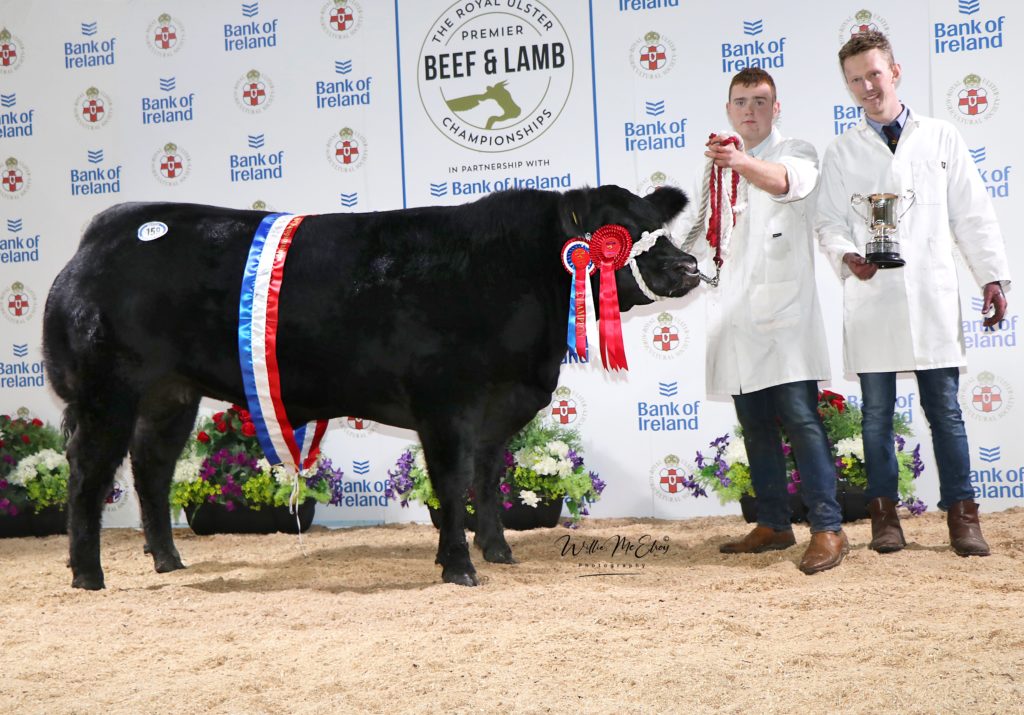