Michelin is adding further to its range of tyres which feature very high flexion (VF) properties.

The latest TrailXBib tyres expands the availability of agricultural tyres suitable for trailers, spreaders and slurry tankers with the addition of seven new sizes.

Michelin claims that its Ultraflex technology has been further refined in conjunction with farmers, the main objective being to limit damage to the soil through compaction.

According to the manufacturer, the tyres are designed with a robust VF (Very High Flexion) casing and a deep tread for greater endurance and longevity.


The company also claims that the self-cleaning capabilities have been improved through attention to the tread pattern.

Customer engineering support manager for Michelin’s agricultural division, Gordon Brookes said: “When the TrailXBib was launched last year it was the result of discussions with our agricultural customers in many countries.

“It has proved very popular and we are happy to now introduce these additional sizes, meaning more machinery can benefit from the tyre’s qualities.”
Click to expand...

Improved flexion and very high flexion tyres allow for greater flexibility of the carcase, especially the side walls.

This enables the tyre to work at lower pressures and so ensures a larger footprint, reducing the impact on the soil. 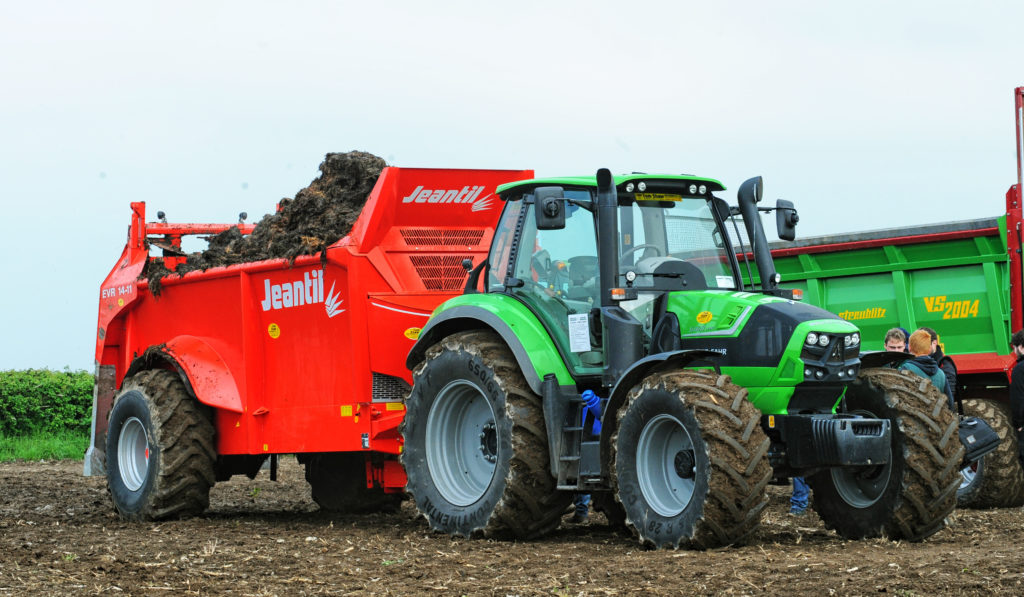 Michelin also suggests that the effect is not confined to reducing soil damage. The reduction in pressure lessens the stress on the structure of the trailer, reducing mechanical strain and wear.

This allows the optimal pressure to suit whatever ground or surface they are working on. Reduced fuel consumption and greater longevity are other benefits claimed for this feature.