New Holland embeds the tractor in the digital matrix

The launch of the latest T7 models by New Holland may mark a significant point in the transformation of the tractor as a simple power source, to the tractor as just another node in an increasingly complex digital matrix.

In its presentation, the company sets about impressing us with the new cab and reassures the potential customer, or operator, that there is indeed somewhere to keep his sandwich and Mars bars safe during a long day at the wheel. 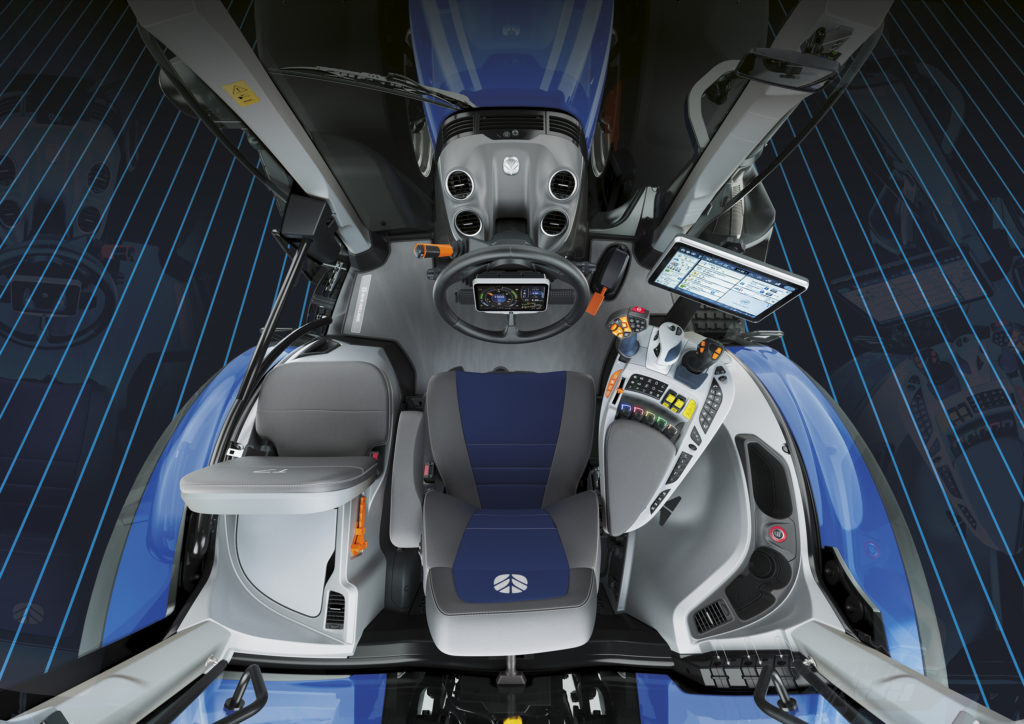 There is no doubt that this is a welcome development, but it noticeable that having brought them to our attention in the press material, the company then goes on to highlight the latest digital additions, with no mention of the engines or mechanical performance of the machines.

Power and performance from FPT

They share the same FPT six-cylinder block of 6,728cc displacement, which only meets Stage IV emission standards, something of a surprise in any new tractor and may point to these being stop-gap machines.

Other than being larger and completely new, the cab offers many advantages over previous items according to the company.

The Sidewinder armrest has been redesigned, the controls can be configured to match the operator’s preferences, and customisation is as extensive as may be required. 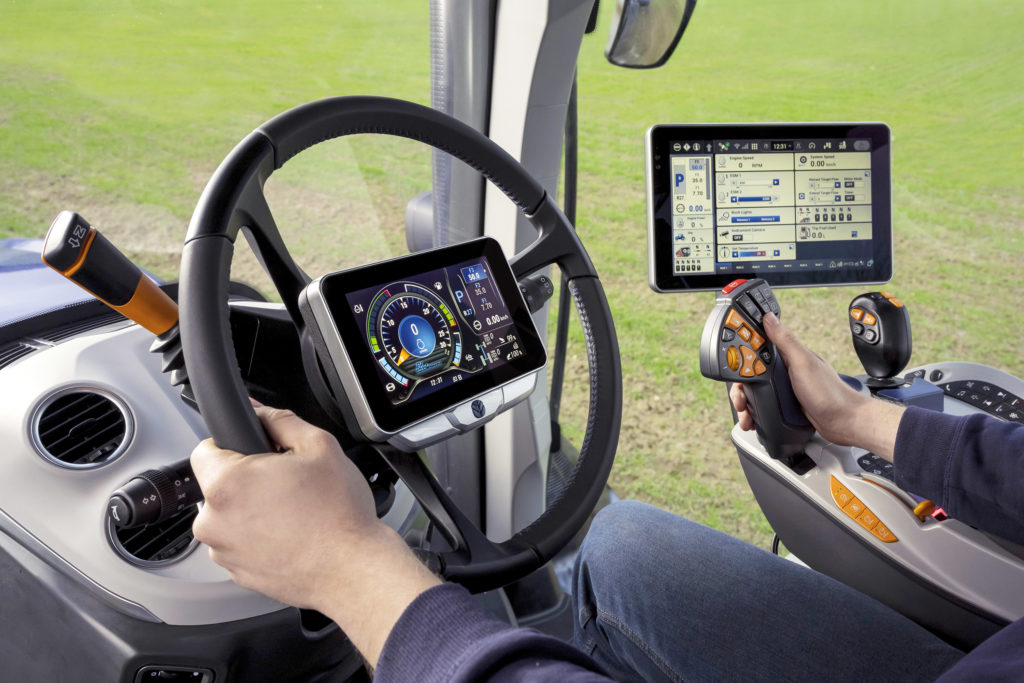 Another novelty, said to be an industry first, is CentreView display mounted in the middle of the steering wheel.

The advantage is that this provides a clear line of sight to the digital instrument panel.


It would appear that beneath the new skin, the real point of these tractors is the introduction of a further wave of digitalisation.

A wave that moves the tractor from the position of simple prime mover, to one of being the primary data, collection, transmitting and implementation unit. 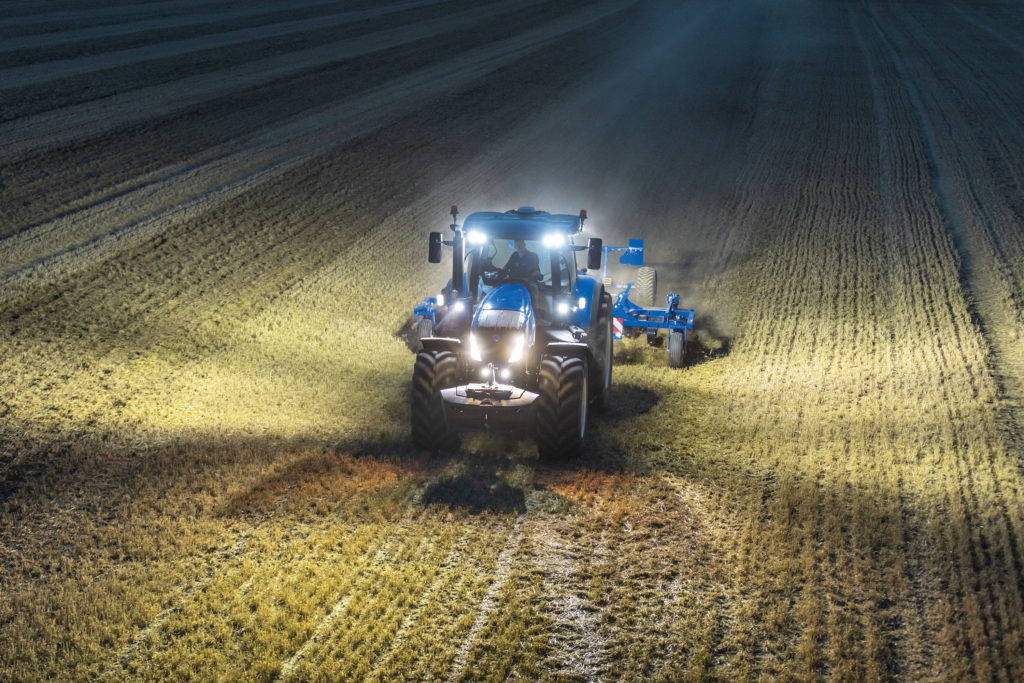 New Holland itself marks this crossing of the Rubicon by noting that:

“It marks the shift from traditional farming practices to agriculture 4.0., where precision and interconnected farming assists farmers to plan all operations in advance, manage in real-time the behaviour and performance of each machine, and achieve maximum precision and efficiency.”
Click to expand...

The company has labelled its own approach as PLM (Precision Land Mangement) intelligence.

This it describes as a new ‘electronic architecture’ which is already present in the T8 series and is set to be adopted throughout the company’s range of next generation equipment.

The ultimate aim being to “deliver a smart and connected agriculture”.


It is the desire to integrate the various electronic functions of the modern tractor into a much broader digital environment which informs this trend. Precision farming being one of the more obvious areas to benefit.

Another is the ability to communicate real-time data back to the farm office, or dealer, via the cloud.

This would appear to be similar to the latest developments in connectivity announced by sister company, Steyr, recently. 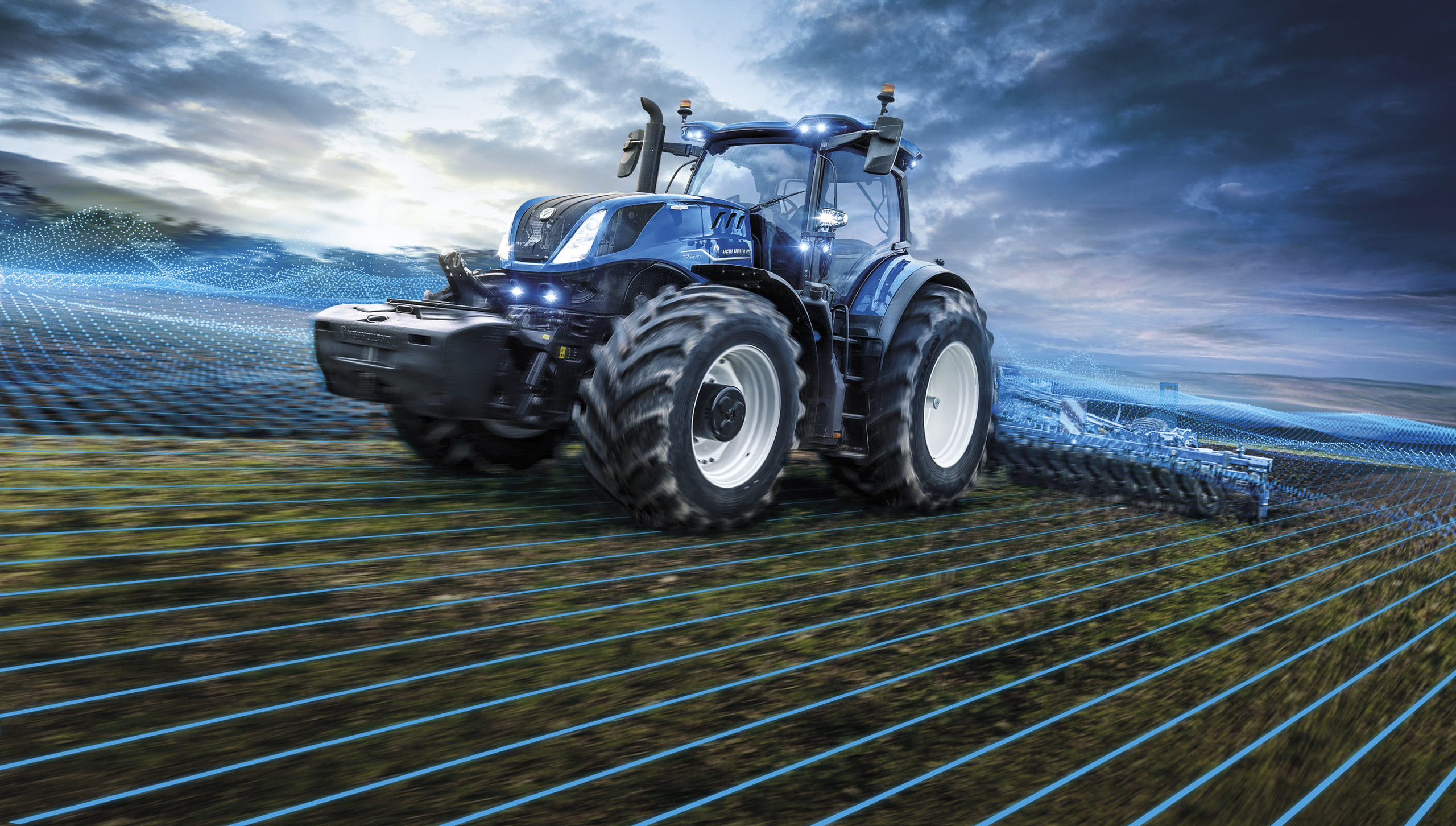 Autoguidance is said to be improved with new PLM Cygnus receiver

In addition to the extra software installed in the tractor, New Holland has also upgraded its satellite receiver, which it describes as being “core to the enhanced autoguidance architecture” on its PLM-equipped tractors.

Overall, the impression is that the company is striving to create an autonomous tractor while still retaining the operator for safety and legislative reasons.

It certainly takes us a step closer, but as Elon Musk has recently conceded, self-driving is a tougher nut to crack than originally anticipated.

The post New Holland embeds the tractor in the digital matrix appeared first on Agriland.co.uk.