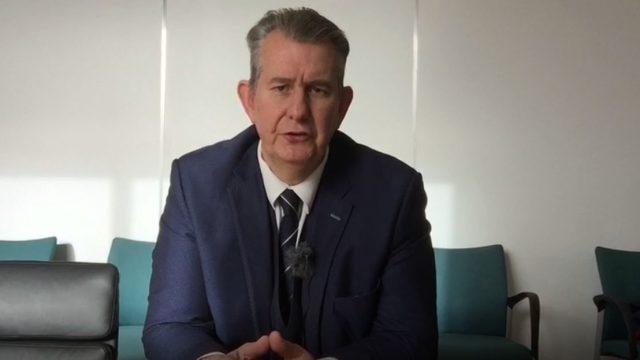 Northern Ireland’s agriculture minister Edwin Poots has said that he cannot intervene in the debacle regarding the Department of Agriculture, Environment and Rural Affairs’ (DAERA’s) handling of an employment tribunal, relating to its former veterinarian staff member, Dr. Tamara Bronckaers.

To date, the matter has brought to light, issues relating to the entire animal traceability system (APHIS) that operates in Northern Ireland; the current bovine TB regulations; animal welfare issues; and, let’s not forget, the way that Dr. Bronckaers was treated at a very human level.

So far, so bad. But then adding insult to injury, we had last week’s further embarrassment associated with DAERA’s failure to make available video footage, allegedly showing incidents of animal cruelty, to the Bronckaers’ tribunal – information that was demanded by the judge in charge of the proceedings.

You couldn’t make this stuff up.

The excuse given by Edwin Poots not to intervene in these matters related to the legal issues that were and are, possibly, still in play.

But in truth, we are way beyond constraints of a legal nature, where these issues are concerned.

What’s at stake now is the overarching image of the north’s farming industry. Edwin Poots must come out and confirm that APHIS is fit for purpose and that farming in Northern Ireland is underpinned by animal welfare standards of the highest integrity.

He is the minister with overall responsibility for the entire industry; the buck stops with him.

Upon taking up his new position as president of the Ulster Farmers’ Union (UFU), David Brown said that agriculture in Northern Ireland must do a better job of communicating with consumers and the public at large.

I couldn’t agree more. So it’s worth asking the question – what signals were the steps taken by DAERA’s veterinary service with regard to its management of the Dr. Bronckaers’s affair, sending out to the public at large?

All my neighbours, who have no involvement in farming whatsoever, keep asking me about the case; and the same goes for many of the farmers I visit on a day-to-day basis.

The general public takes all issues relating to food production very seriously and rightly so. But, of course, we knew this before the Bronckaers’ affair kicked off.

In this modern day and age, taking a ‘no comment’ approach to any issue that relates to animal welfare and food safety holds no credibility whatsoever.

So it’s over to Edwin Poots to put the role of his department into a proper context. He also needs to confront, head on, the myriad of public concerns that now exist with regard to the state of livestock farming in Northern Ireland.