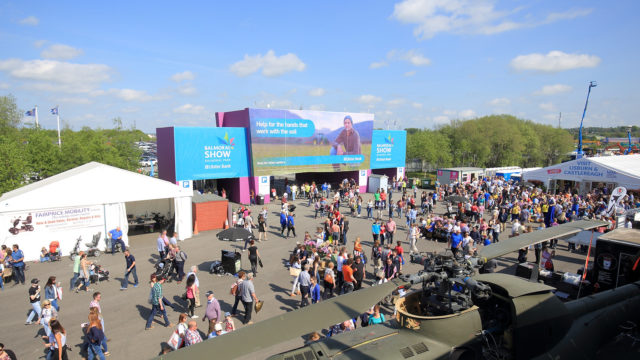 I mean no harm to potato growers, but I was never so glad to hear that a blight warning has been issued for next week, particularly following my attendance at Balmoral Show.

At least this means the weather is about to warm up. I spent two days at this year’s Balmoral Show and was foundered throughout.

A breeze kept blowing across the showground off the nearby Black Mountain. For me, at least, it all added up to a heavy pullover and coat being the order of the day at all times.

I never got the opportunity of visiting the livestock rings at this year’s show, there was just so much else going on.

Two overarching themes quickly became apparent as I picked up with the various farming leaders, who seemed to populate every trade stand at the event.

The first is that farming is in a pretty good state at the present time; the second is the very strong reality that farmers have not bought into this messaging at all.

This latter point is now obvious given the significant downturn in fertiliser sales so far this year.

And the powers that be are starting to get very nervous, regarding the possibility of a fodder crisis unfolding later in the year. The principle in play here is a very simple one. If the fertiliser isn’t sown, the grass just won’t grow.

Matters came to a head at the Ulster Farmers’ Union (UFU) stand on the first evening of the Balmoral Show.

The other issue becoming ever clearer is the trouble that Irish feed compounders are now having as they source alternative maize sources for the coming months.

Ukraine has now been totally discounted as a source of feed raw material for the foreseeable future. But it now seems that the world’s other grain growing regions are coping with severe drought conditions.

North and South America, plus many parts of Europe, are all affected in this manner. And, if this continues to be the case, the impact on yields later this year could be very stark indeed.

So is the option of rationing feed grains next winter on the cards? The next month or two will tell the real story in this regard.