It was five years ago that Pottinger introduced its very own range of Impress round balers. These were developed completely in-house and comprised two series, one of the fixed chamber type, and the other variable.

The company has now given the whole range its first major revision, with the emphasis on making the balers more attractive to larger users and contractors.

The improvements are also in line with Pottinger’s stated strategy of treating silage-making as a linear process rather than a series of disparate operations, that may be addressed with an array of equipment from different manufacturers.

To help bring some clarity to the various models available, all those that have ‘F‘ after their number are fixed chamber, while those with a ‘V‘ are variable. When a ‘C‘ is added it means that it is a combination model, i.e. one with a wrapper.

Altogether there are now 12 models on offer. Starting at two basic fixed-chamber models and rising to the Impress 3190 VC Pro variable chamber which can produce bales up to up to 1.85m in width, although only bales with a diameter of up to 1.5m can be wrapped.

Perhaps the most basic change is the increase of baling pressure by 20% across the board.

This extra compaction will reduce oxygen inclusion as well as ensuring the bales retain a better shape, for loading and stacking. 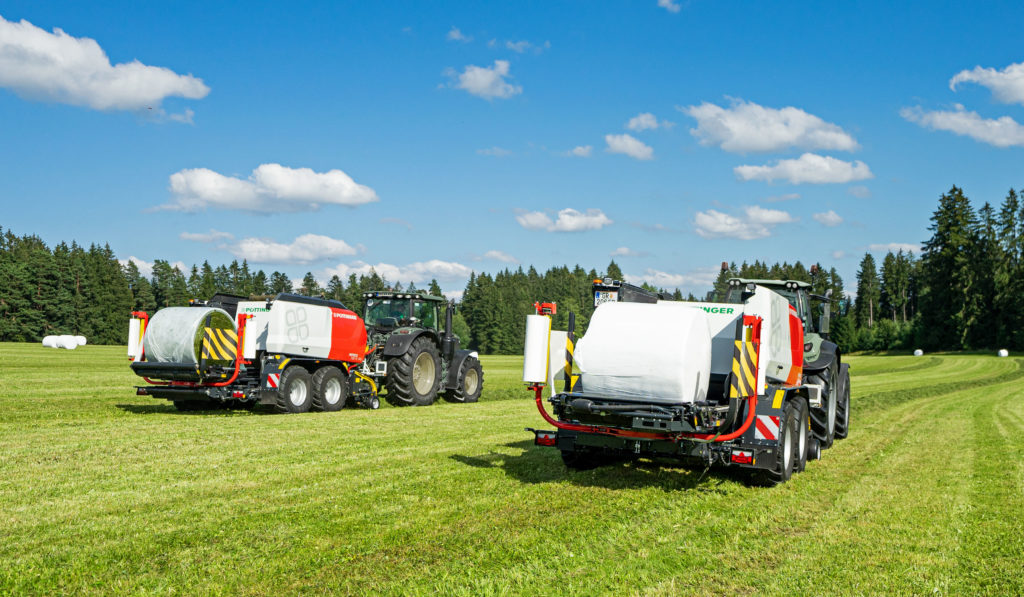 Other improvements centre around the binding and wrapping. The ability to bind by film was only added last season and now it is an integral part of the balers design.

The method by which the tension is adjusted has also been revised.

The new binding unit is installed on all models and switching between net and film has been simplified – there is now no need to remove the roll of one when wishing to change to the other.

Changes to the wrapper platform enable it to rotate the bale before and after the wrapping process. This tidies up the ends of the binding and wrapping layers, putting an end to ribbons of film dangling from the bales.

There is an optional LED lighting package for all Pro models to illuminate the major areas of activity. These include the pick-up, bale ejector and wrapper platform.

LED strips with switches are also installed under the side panels for maintenance work and changing rolls of film.

An optional hose reel with air supplied from the air brake system through an overflow valve, is available to help clear dust and debris from the machine’s mechanisms.

Moisture sensors are also offered as an extra with the results showing on the in-cab display. The baler’s monitoring system can be supplemented by an optional camera system with a screen displaying four separate images. 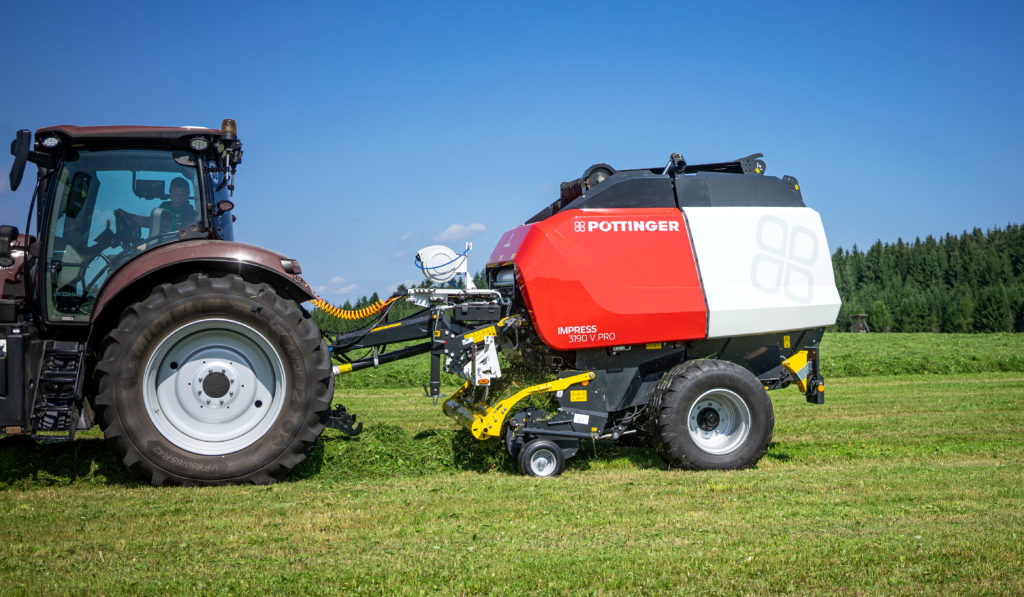 All ‘Pro’ models, like this Impress 3190V Pro, have a new Power Control 3.0 terminal

A 1000rpm driveline has become available as an option for V and Master models along with wider tyres where it is possible to exceed the 3m transport width.

Maintenance status is now monitored by a service counter; this notifies the operator of upcoming greasing intervals. The new machines are on sale from October onwards.