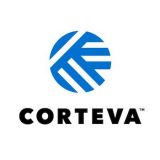 The benefits of new generation dent type maize hybrids are being recognised in a specific Pioneer brand. Pioneer dent hybrids containing a high level of available starch and silage yield gain the new M3 branding. For farmers, these hybrids offer the chance of increased productivity and better returns.


In warmer maize-growing countries, dent hybrids dominate the market due to their higher starch yield but havent done well in colder conditions. As a result, 75% of maize grown in the UK is the cold-tolerant flint type, despite its yield disadvantage. In order to capture the benefits of both types, Pioneer is breeding new dent varieties more tolerant of our cool, maritime conditions. P7034 is the first and continues to perform well in PACTS® trials.

Starch in early season maize silage is known to be poorly broken down in the rumen compared to later in the season meaning more starch ends up in cow manure. This loss of nutrients has the potential to impact milk production. Research has shown every 1% increase in faecal starch reduces milk yield by 0.35 l/cow.

As maize silage spends longer in the clamp, fermentation allows more starch to be broken down and differences in degradability become less significant. Farmers are therefore recommended to harvest dent hybrids last so they are the first silage fed out of the clamp to capture the starch digestibility advantage.

Were seeing tangible benefits on farm as a result of introducing dent hybrids, says Andy Stainthorpe, Cortevas Seeds & Inoculants Sales Manager. The M3 brand helps to bring these benefits to more farmers looking for a dent hybrid to suit their system.

Mike King has a 570-cow all-year-round calving high-yielding herd near Bristol. He feeds a 60% maize/40% grass silage and saw quick results when changing to dent hybrid maize: We noticed the difference within 48 hours of starting to feed the P7034 and soon had to take 1.5 kg caustic wheat out of the ration to allow for the additional available starch coming from the maize. We also saw a small increase in milk yield and, by analysing the manure, found there was less starch coming out of the back end.

For Dorset farmer, Spencer Mogridge, it was the changes in fat and protein which impacted his bottom line: The fat and protein content of the milk went up when we started feeding P7034. Butterfat was up from 4.2 to 4.6% and protein from 0.2 to 0.3%. Thats worth half a pence a litre to us.