George Useless is rather slower to act on other sources of water pollution it seems. But still puts the boot into farming in the process.

George Eustice, the Environment Secretary, writing for The Telegraph, reveals plan to tackle pollution but campaigners say promises too slow

George Eustice, the Environment Secretary, writing for The Telegraph, reveals plan to tackle pollution but campaigners say promises too slow 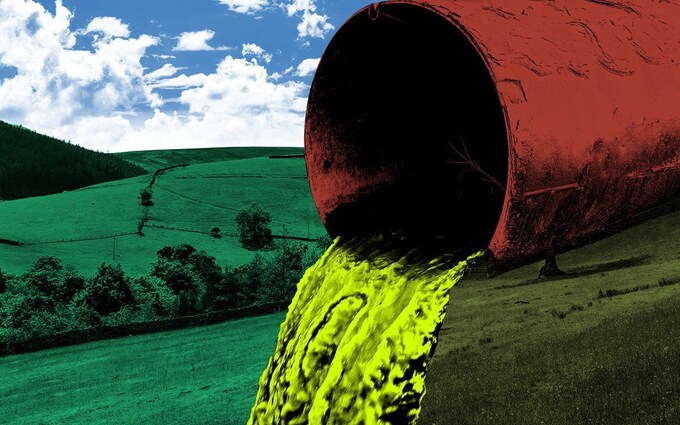 Sewage discharges will be cut by 80 per cent under government plans to tackle river pollution, but not for another 30 years.
George Eustice, the Environment Secretary, said the Government was acting after The Telegraph launched its campaign for action to clean up England’s rivers amid growing public concern.
It comes as new data will show water companies pumped sewage into rivers more than 370,000 times in 2021.
Earlier this year The Telegraph revealed companies were releasing sewage more than 1,000 times a day on average in 2020, despite being told to do so only in exceptional circumstances such as heavy rain.
The plans outlined on Thursday would add around £5 per month to annual water bills on average from 2025 to at least 2090, and represent the biggest investment in water and sewage infrastructure for nearly 30 years.
Sewage discharges will be cut 40 per cent by 2040 and 80 per cent by 2050, the Government will promise.
By 2035, there will be 70 per cent fewer discharges into designated bathing waters, it will promise, while the release of sewage impacting some of the country’s most protected sites will be cut 75 per cent by 2035.
Water companies could be given new powers to fix faulty drains on private properties, or install water butts to stop water entering the sewer system from patios or roofs.
The installation of patios could also be discouraged in favour of green spaces that allow water to soak in.
New housing developments could lose the automatic right to connect to the sewage system, unless they install sustainable drainage systems such as green areas and ponds.
River campaigners welcomed the plan, but said they were far too slow, lagging behind the promises of some water companies.
“The Government’s plan is setting targets a full decade further down the line, and our rivers don’t have that window to survive current levels of pollution,” said Christine Colvin of the Rivers Trust. “We want to see government leading, not lagging.”

The Government has ruled out a full separation of the Victorian-era sewage and rainwater systems, which would stop them becoming overwhelmed during times of heavy rain, as being too expensive.
Overhauling the system could cost between £350 billion and £600 billion, and cause “significant disruption”, the Government said.
Mr Eustice said The Telegraph’s Clean Rivers campaign had “struck a chord with millions of people”. 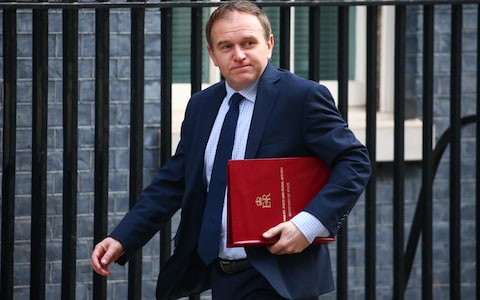 George Eustice, the Environment Secretary, is setting out new requirements for water companies CREDIT: Hollie Adams/Bloomberg
Writing for The Telegraph, below, he said: “Our Victorian sewerage infrastructure has struggled to cope with an increasing population and more frequent periods of heavy rainfall – leading to raw sewage being released into our waters.
“Tackling the longstanding problems around water quality and sewerage infrastructure are a priority for this Conservative Government,” he said.
“Some of the issues are deep-seated, will require significant investment and will take time to complete but change is already underway.”
Water UK, which represents the industry, said tackling the problem of river pollution would require government intervention on new housing development and wet wipes.
“Crucially, meeting the targets will also rely on government taking action: first, to reduce the many years of regulatory approvals needed to improve some overflows; second, to close loopholes like housing developers’ right to overload sewers; and finally, action on flushed wet wipes that cause spill-triggering fatbergs.”


Cleaning up our rivers is my priority​

By George Eustice, the Environment Secretary
The Telegraph’s Clean Rivers Campaign has struck a chord with millions of people. When I became Environment Secretary two years ago, I made it a priority to clean up our rivers and seas. One of the first things I did was to set in train new guidance for Ofwat that will require water companies to take steps to significantly reduce their reliance on storm overflows through a new policy statement.
I grew up in West Cornwall. It is a beautiful part of the world but the South West, like many other parts of the country, has long suffered from an excessive reliance on storm overflows. Our Victorian sewerage infrastructure has struggled to cope with an increasing population and more frequent periods of heavy rainfall – leading to raw sewage being released into our waters. Since the 1960s, new housing developments have been required to separate street drainage from the foul water sewer but in many cases the two systems converged on the foul water sewer at a later juncture putting more pressure on Victorian infrastructure.
Through the Environment Act, we have put in place a package of measures to reduce the harms from storm overflows. This includes new duties on water companies and government, and increased monitoring and transparency. Monitoring of the network has increased 14-fold in the last five years and the water and sewerage companies will monitor 100 per cent of storm overflows by next year and this data is reported annually to the Environment Agency. Today, I am launching a consultation on our Storm Overflows Discharge Reduction Plan which sets out strict limits on when a water company can use storm overflows.
The new requirements we are setting out will eliminate the environmental impacts of 3,000 storm overflows (75 per cent) affecting our most important protected sites by 2035, and there will be 70 per cent fewer discharges into bathing waters - last year that would have resulted in 4,620 fewer discharges into our bathing waters during the bathing season. By 2040, 160,000 discharges (40 per cent of the total), on average, will have been eliminated and the improvements will continue after that.
We will hold to account those companies who do not meet the requirements, including a new monitoring and reporting framework established under the Environment Act which will significantly improve the ability of both Ofwat and the Environment Agency to take enforcement action where needed.
We have already demonstrated strong enforcement action against water and sewerage companies that damage our environment, including a record £90 million fine against Southern Water. Last year the Environment Agency and Ofwat also launched a major investigation based on evidence that some water companies in England may not be complying with their permits, resulting in excess sewage spills into the environment, even in dry periods.
What I have announced today will build on other action that we have taken to improve water quality and the health of our rivers and seas. In order to tackle pollution from agriculture, we have doubled investment in our Catchment Sensitive Farming programme that provides free advice to farmers to help them reduce water and air pollution through the management of farmyard manure and soils among other things. It is being rolled out to all farmers in England.
Elsewhere, we are taking action to prevent single-use plastics from polluting our waters. Having already banned microbeads in rinse-off personal care products, we have undertaken a call for evidence on problematic single-use items including wet wipes that contain plastic and whether they should be banned in order to stop them from blocking our sewers and damaging our waterways.
Tackling the longstanding problems around water quality and sewerage infrastructure are a priority for this Conservative Government. Some of the issues are deep-seated, will require significant investment and will take time to complete but change is already underway.
Last edited: Mar 31, 2022
W

From the same article in the comments:

More than 70% of England's water industry owned by foreign companies

It's time we put the water industry back into public hands

Some of the leading overseas owners of England’s privatised water companies include:

every govt, since the war has been selling off the nations assetts, from the sale of the ulility companies, to recently royal mail? Most if not all have been bought up by wealthy foreign investors? This war in the ukraine has shown up just the tip of the iceburg how much russian money, influence has bought up parts of the Uk, the others to be aware of, is the growing influence the chinease govt is now having in both lobbying thg govt and universities?
D

I’ll bet a lot if the problems could be sorted out fairly quickly with a bit of properly targeted local works.
I badgered BT here for years to improve our landline. Couldn’t do this. Couldn’t do that, not my department, wait for a review, no budget every excuse under the sun. Along comes a small local private comms company and now we have high speed connection direct into many rural homes here. BT are sorry we are leaving them. Well I’m certainly not sorry to be leaving BT, the wasters. Big water companies the same. Useless. Couldn’t find a leak if they were stood on it. Seen them driving a van up and down the road looking for a leak from the window. Flagged them down. It’s here mate. It was me who reported it. Why not try getting off your arses you useless plonkers?
V

wanton dwarf said:
From the same article in the comments:

More than 70% of England's water industry owned by foreign companies

It's time we put the water industry back into public hands

Some of the leading overseas owners of England’s privatised water companies include:

No Welsh Water? No, they went bust and are now “ a not for profit organisation” whatever that could be.