If you live in rural Northern Ireland (NI), you are more likely to be happy, be satisfied with life, and own your own home - even if it will be more expensive than an urban one - according to a new report from the Department of Agriculture, Environment and Rural Affairs (DAERA).

Key Rural Issues 2021 aims to highlight key urban/rural differences and disparities across a range of domains.

Among the many findings, it revealed that rural and urban economies in Northern Ireland differed substantially in terms of dominant sectors, with 40% of rural businesses belonging to the agriculture, forestry and fishing sectors, followed by construction (17%).

Urban businesses, meanwhile, were found to be diverse, and spread across a variety of industries, with professional, scientific and technical businesses (13%) the largest, closely followed by retail (12%), construction (10%), and arts, entertainment and recreation (10%). 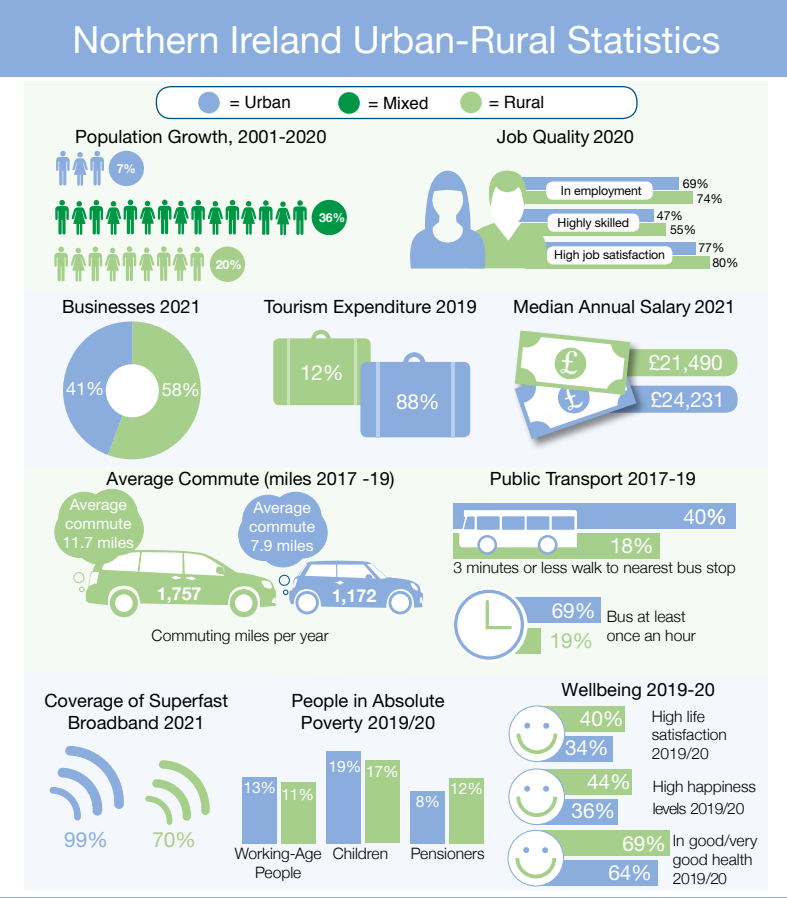 Key statistics from the DAERA report include: