When we drill grass for customers we use our combie with the coulters lifted 2 ft off the ground and the fan speed as high as it will go and then roll after .

Phil P said:
What I should do

Joking aside , if you had a top cover that could be split three ways with diverters welded on the underside it could be fitted in one of three positions to supply front middle or back . Flexibility is the key .

Bob lincs said:
Joking aside , if you had a top cover that could be split three ways with diverters welded on the underside it could be fitted in one of three positions to supply front middle or back . Flexibility is the key .
Click to expand...

Now you mention it I do have to maize cover that blanks half the pipes off, it would make it easy to switch between two sets of pipes or switch the lid to run both at the same time

. I’ll see how much time I have to play around with the options as I’m wanting to be using it soon.

On the sumo trio I've been putting seed in front of the roller but in really light stuff it can sometimes be buried too deep because of the discs throwing soil around in there do I made up options for behind to try this year. I'd go with half and half if i was you especially with a following harrow
G

On my machine - probably mk 6 by now I reckon I’ve put the seed tubes on a swivel rail with a simple quadrant for angle variation. Forward into the discs for large seeds and back directly infront if the press roller for small. 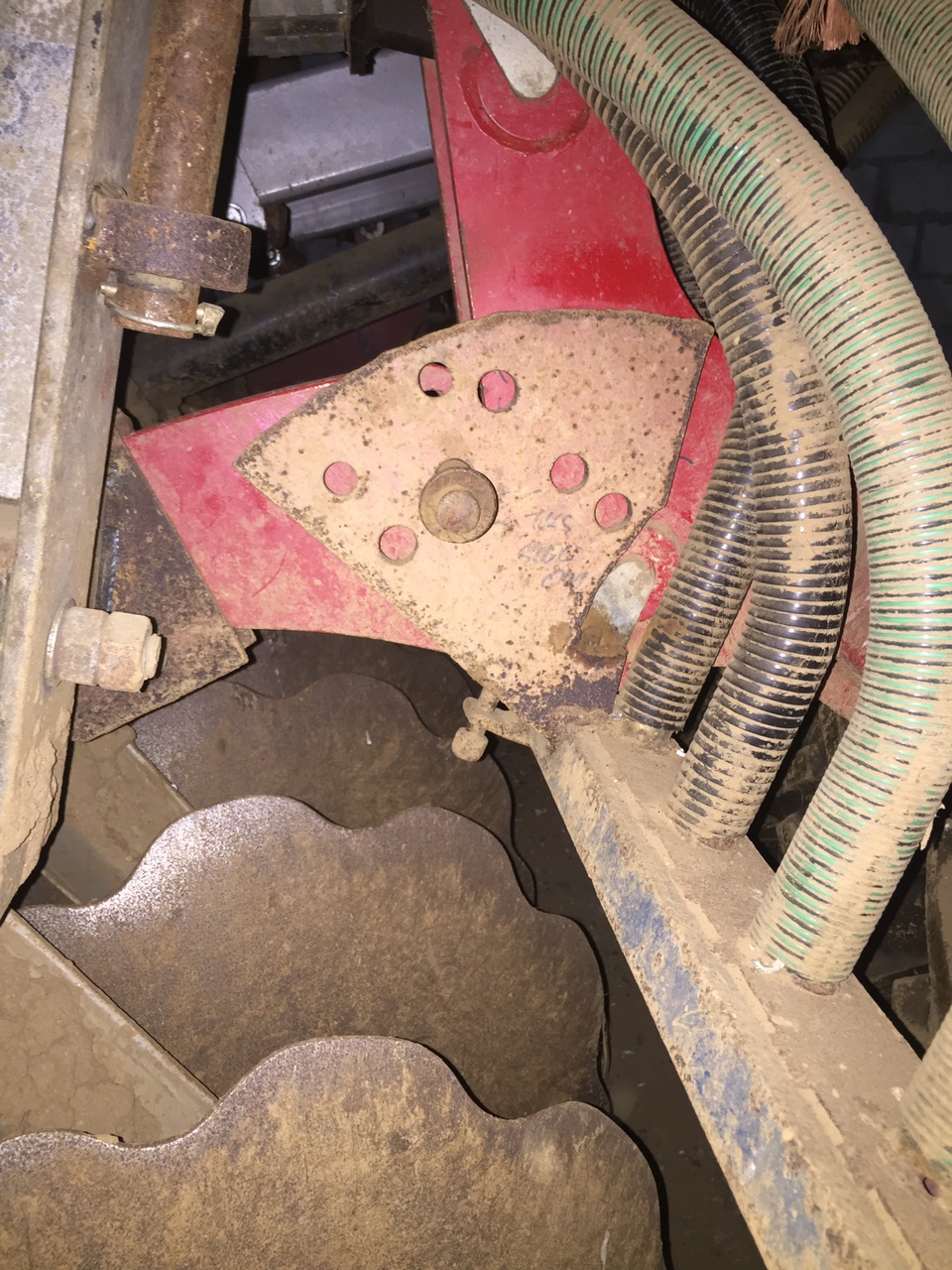 Made a little bit of progress today, well I feel like I’ve drilled a lot of holes if nothing else! 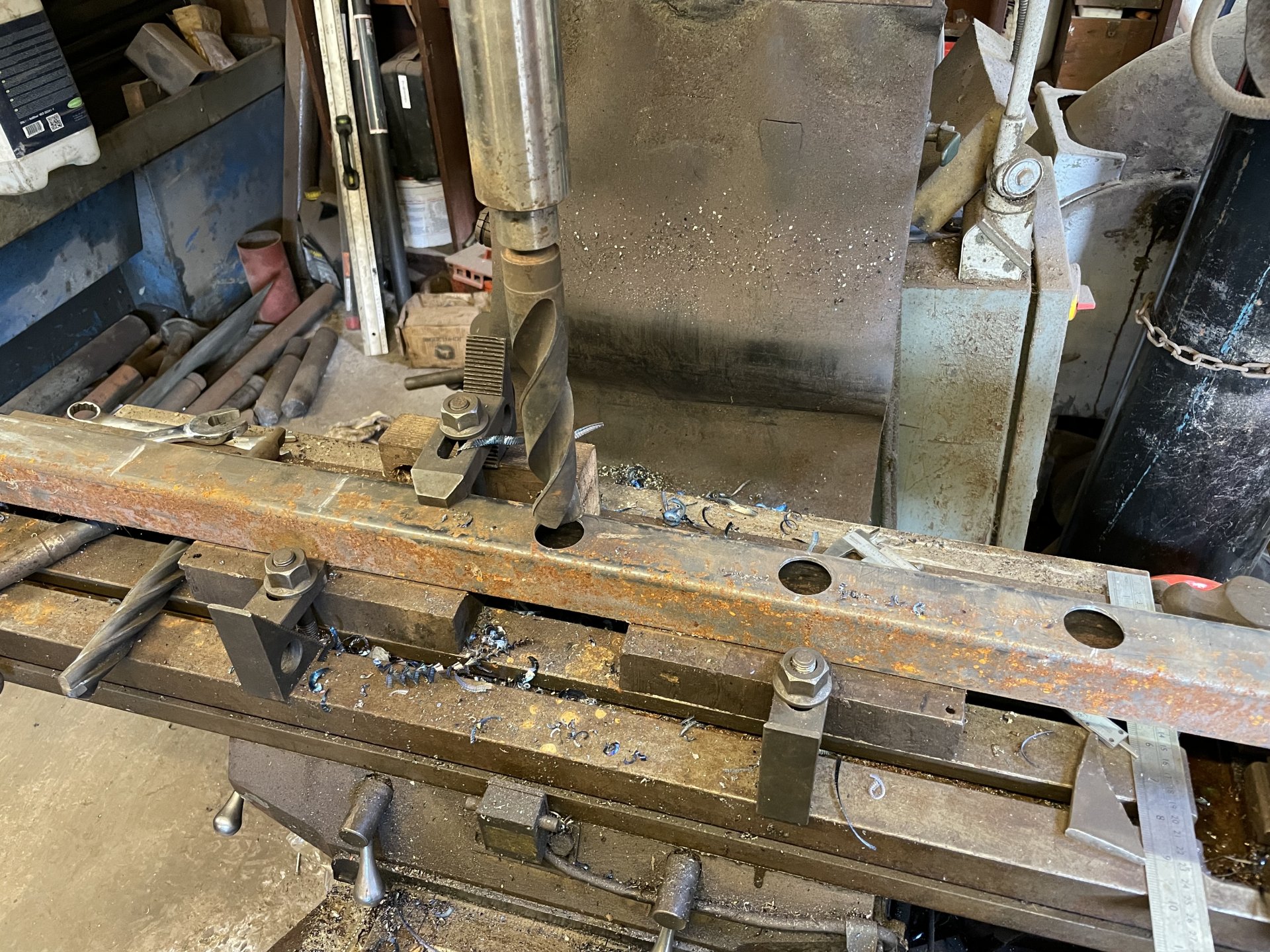 Nearly finished the first row in front of the packer but not actually attached them yet. 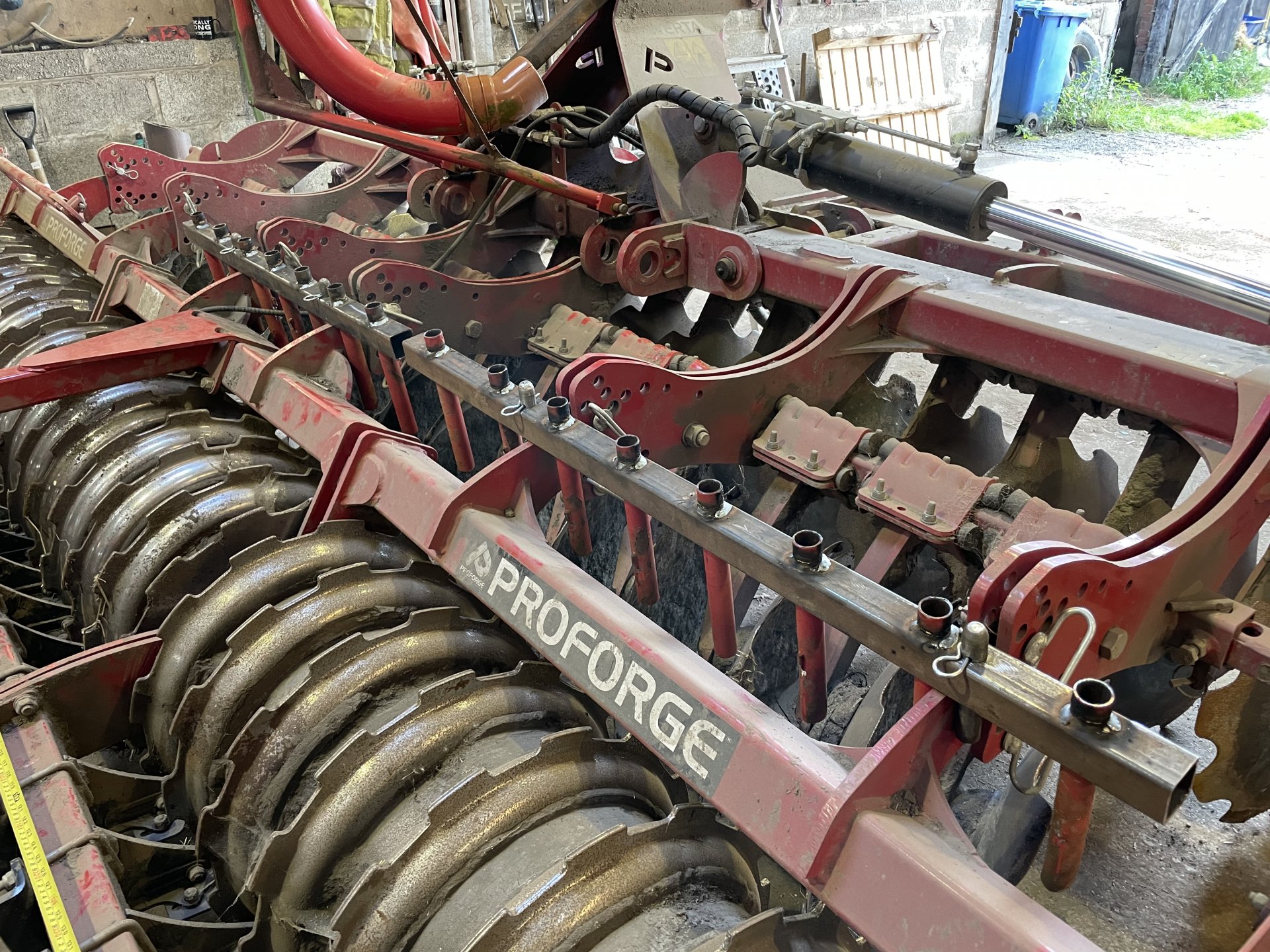 There’s going to be 23 pipes in front of the packer which leaves 9 pipes, I’m thinking of putting them on the back and making scatter plates then the following tines so hopefully should give a good mixture of seed depths.

Vaderstad crd 300 does same as your making. Just drops seed down side of rear disc. Never had a crop fail yet in last 15 yrs.

Apologies for no updates!
I had some fields I really want to get some cover on ASAP so had to do a test run in the prototype stage

So, for now I’ve just gone with the one row of spouts in front of the packer and I’ve fitted a row of following tines which seem to be doing a really nice job. Not had chance for paint and had to use the old pipe just to get going!
Anyway I’ve done a bit last week so will go and have a look in the next couple of days to see if anything has emerged yet.
Couple of action pics though 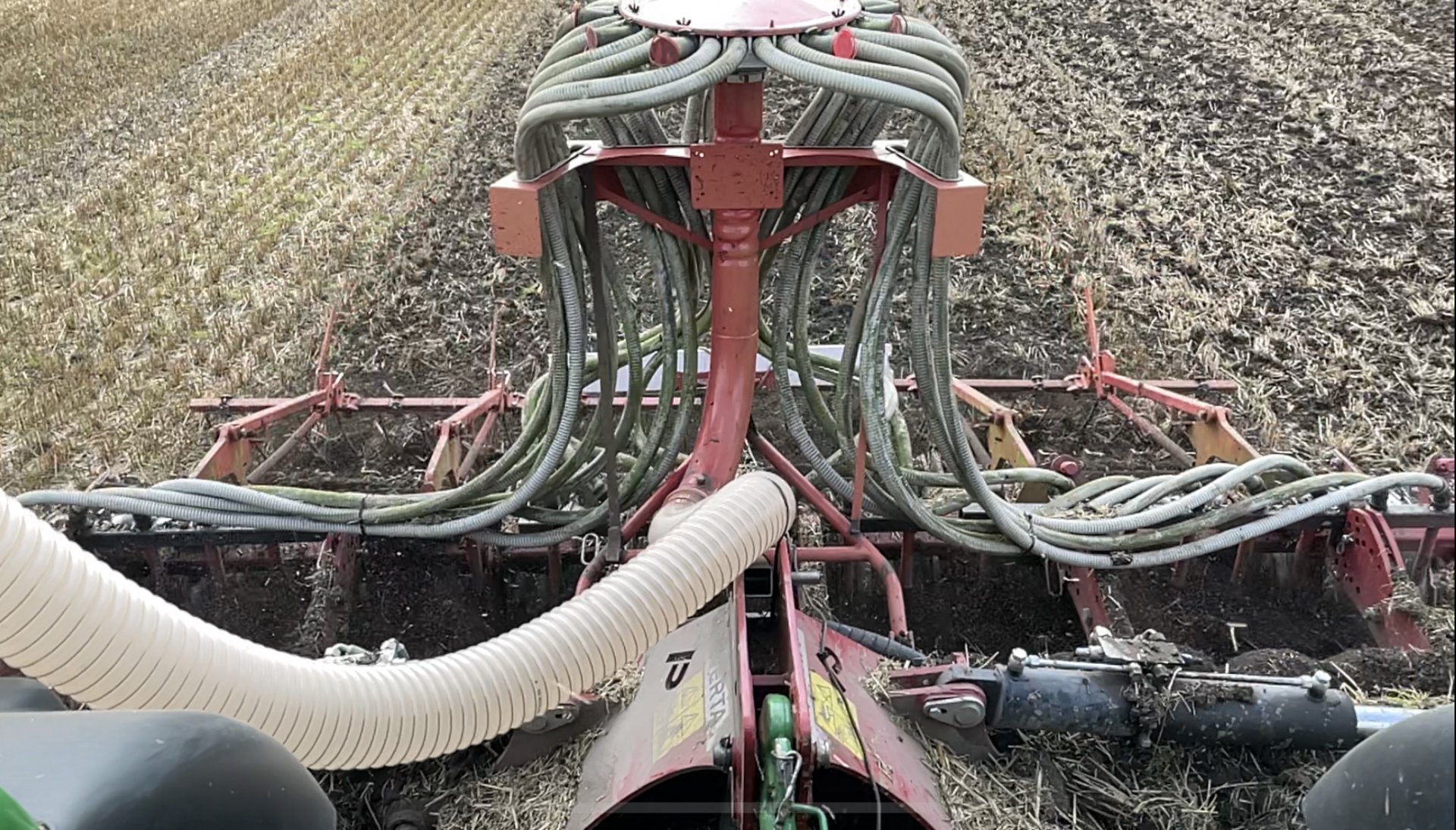 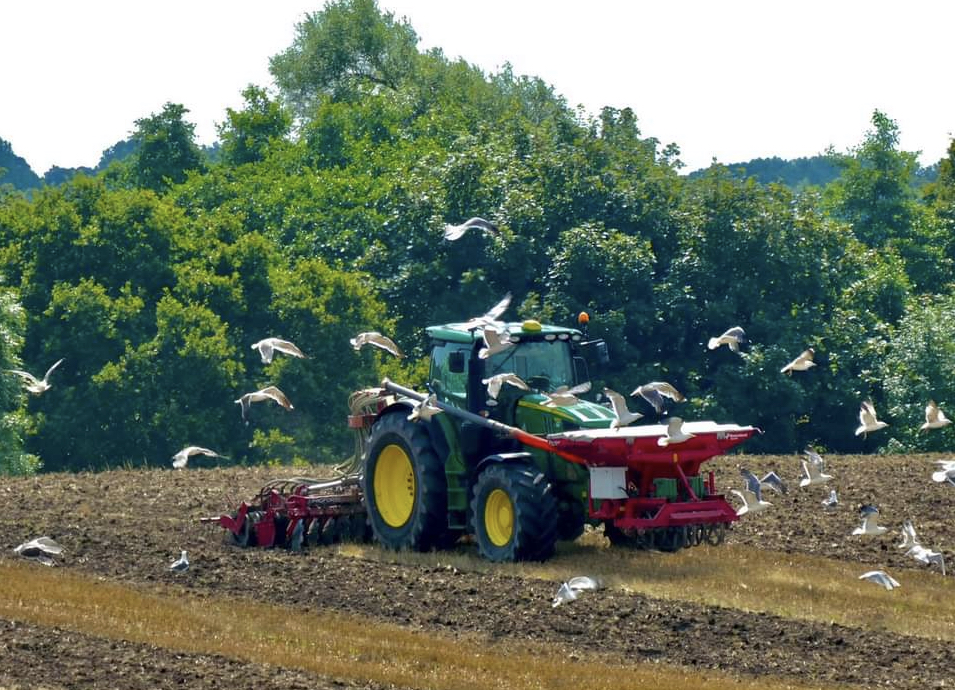 Very happy with the establishment of the covers using the discs, going to try putting some grass in with them next week. 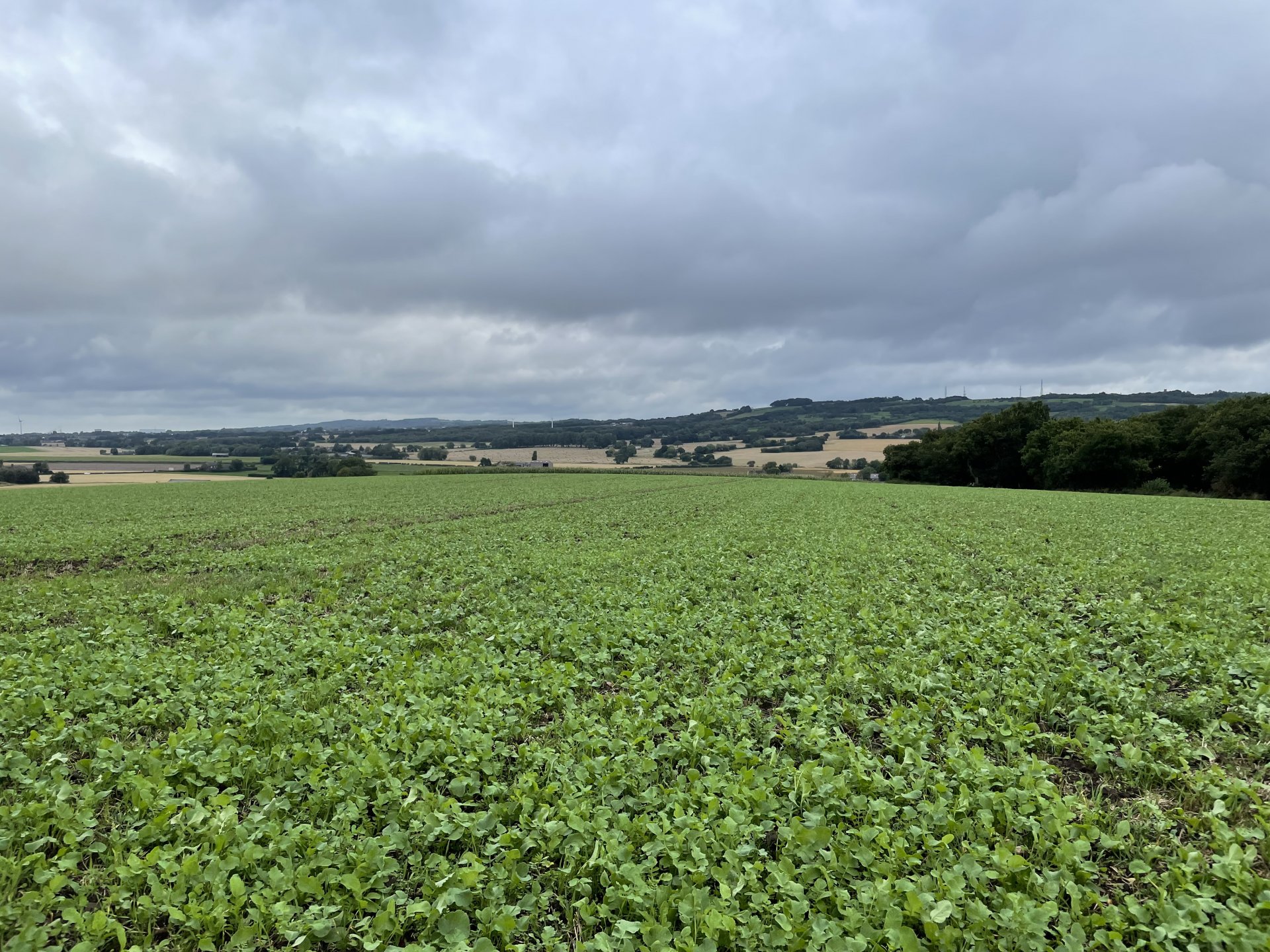