Keep thinking about buying a blaster. Just for my own use really. Are the smaller pots you see on eBay etc any good? Anyone on here running a set up that can give me some advice??
Thanks

I bought a little one from machine mart, has been great, biggest problem is you need finer grit then a bigger machine do havent managed to reuse any. Need a decent compressor.
G

They do work but are painfully slow but having said that do clean metal up well. If it’s the type with the ceramic nozzles they use a lot of consumables (ceramic nozzle), wore a hole through side of valve as well. No different to a industrial pot in this respect I suppose.

i want it for just doing small areas and parts. Doesnt really justify getting someone to do it. What size is the one from machine mart? what size compressor you using ??
G

Think they need 14cfm and as said above need fine grit and needs to be kept dry to stop material bridging. Would use goggles and mask on top of hood thing that comes with pot would be advisable if an air fed helmet is not available.

When you say painfully slow, how bad is it?....or is it a how longs a piece of string question?? Seems they are either too small and not up to the job or proffessional machines that need 250+cfm.?
G

RLC said:
When you say painfully slow, how bad is it?....or is it a how longs a piece of string question?? Seems they are either too small and not up to the job or proffessional machines that need 250+cfm.?
Click to expand...

The effective blast diameter will be about 8mm, works but takes time. If you haven't got a big compressor its a compromise you have to make. If its just small components will be fine, wouldn't want to do anything large like a loader frame etc, not saying you couldn't but would be tedious.

Still slow hot work,. He has an airfed helmet,. Looks like a deep sea diver

It won’t hold as much as a blast pot but quicker to refill and more portable. You’ll want a compressor with a good cfm capacity to keep up with even the smallest blaster if covering a decent area. cfm is more important than pressure as you can shatter the grit with to much pressure. You’ll also want a good mask and personally I wouldn’t use anything less than an are feed for blasting! If your running an air feed don’t forget about in in line oil filter as well. It’s a very dirty job and the last thing you want is silicosis!!!!!!
I have a small cabinet in the workshop for the odd small parts etc. It’s much quicker than getting suited up, just throw it in and away you go. Also have an industrial blaster set up for the bigger stuff which is much quicker and has auto refill on the pot so no stopping to keep removing plugs to top it up. However you’d need a hefty budget by the time you invest in a big enough compressor to run it as well as the pot. It’s probably overkill for what I do really but does come in handy. 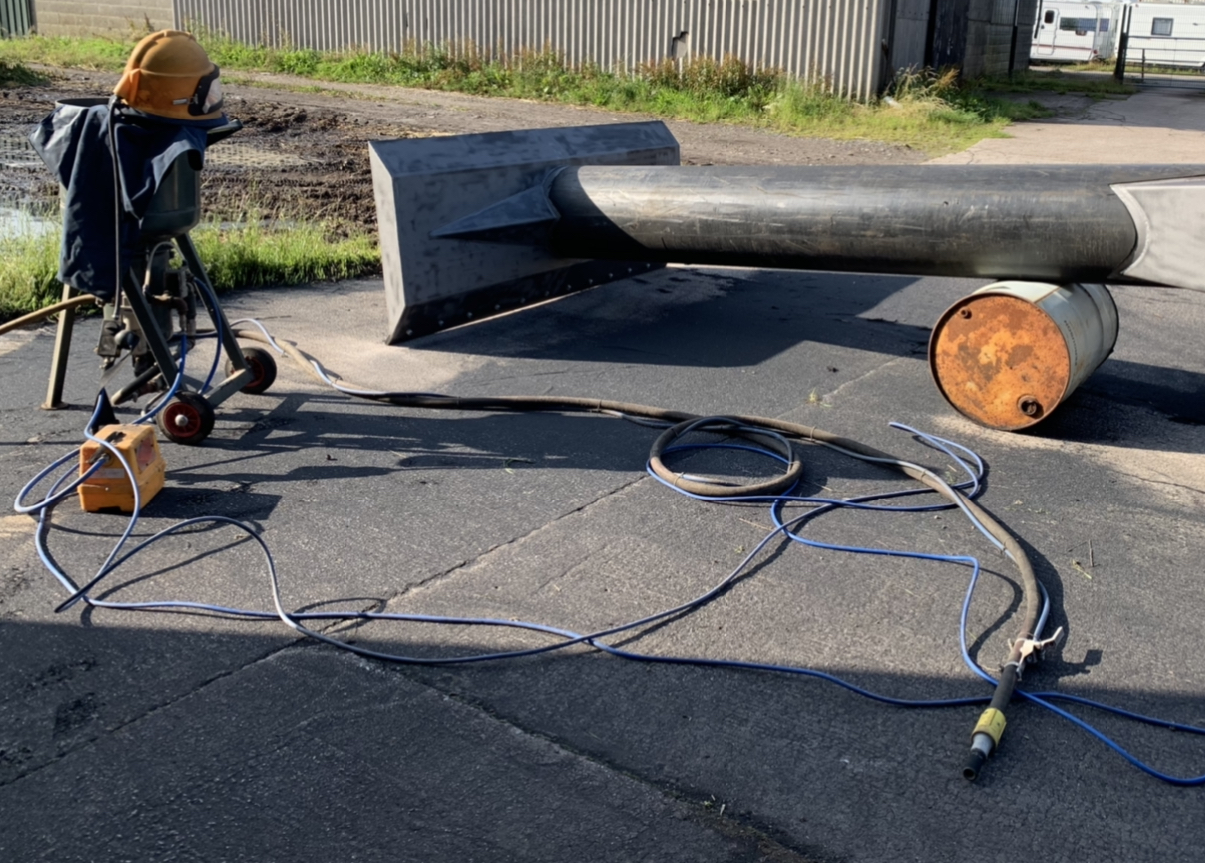 I use J Blast super fine, gives a good work rate and decent finish. It’s non toxic so just gets brushed on the muck heap.

That was done with my little pot, its steady but you can do a decent job. Compressor is about 20 cfm and wouldn't want anything smaller. They certainly have a place, I wouldn't do everything with it but have saved the cost of paying someone with a mobile rig on lots of bits as well.

We've a little blasting pot at work, haven't used it yet but I've just bought a 70cfm compressor so am gearing up to give it a go...

Small pots are a waste of time I reckon

Aye, think it’s more about the compressor as opposed to the pot!?

RLC said:
Aye, think it’s more about the compressor as opposed to the pot!?
Click to expand...

Yea pointless without enough cfm, we have our own pot and have just bought a 250cfm compressor as the 140 was just borderline tried small pots but very time consuming and quite wasteful in the amount of grit they use