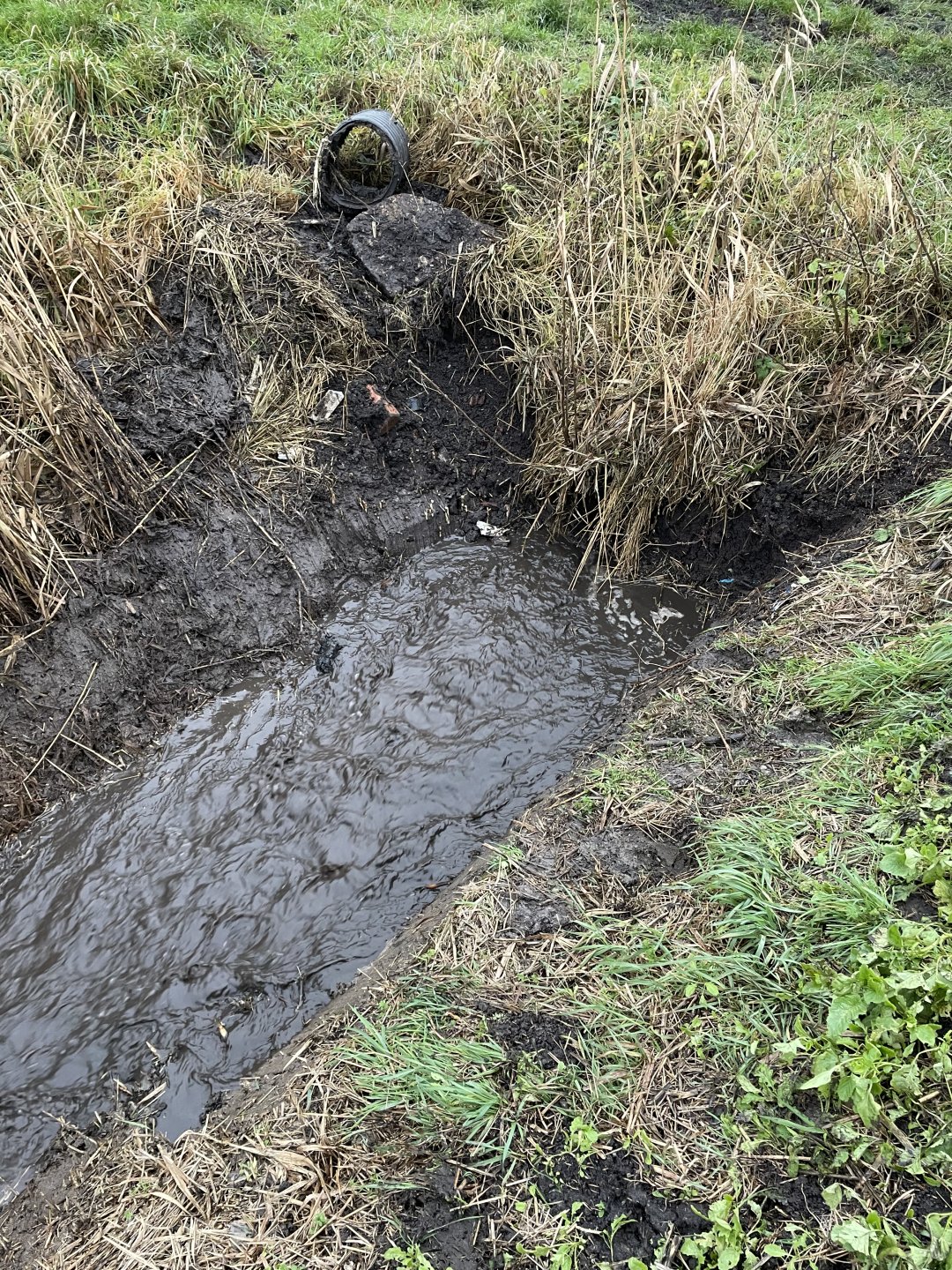 Got another one going today, think that’s them all sorted now 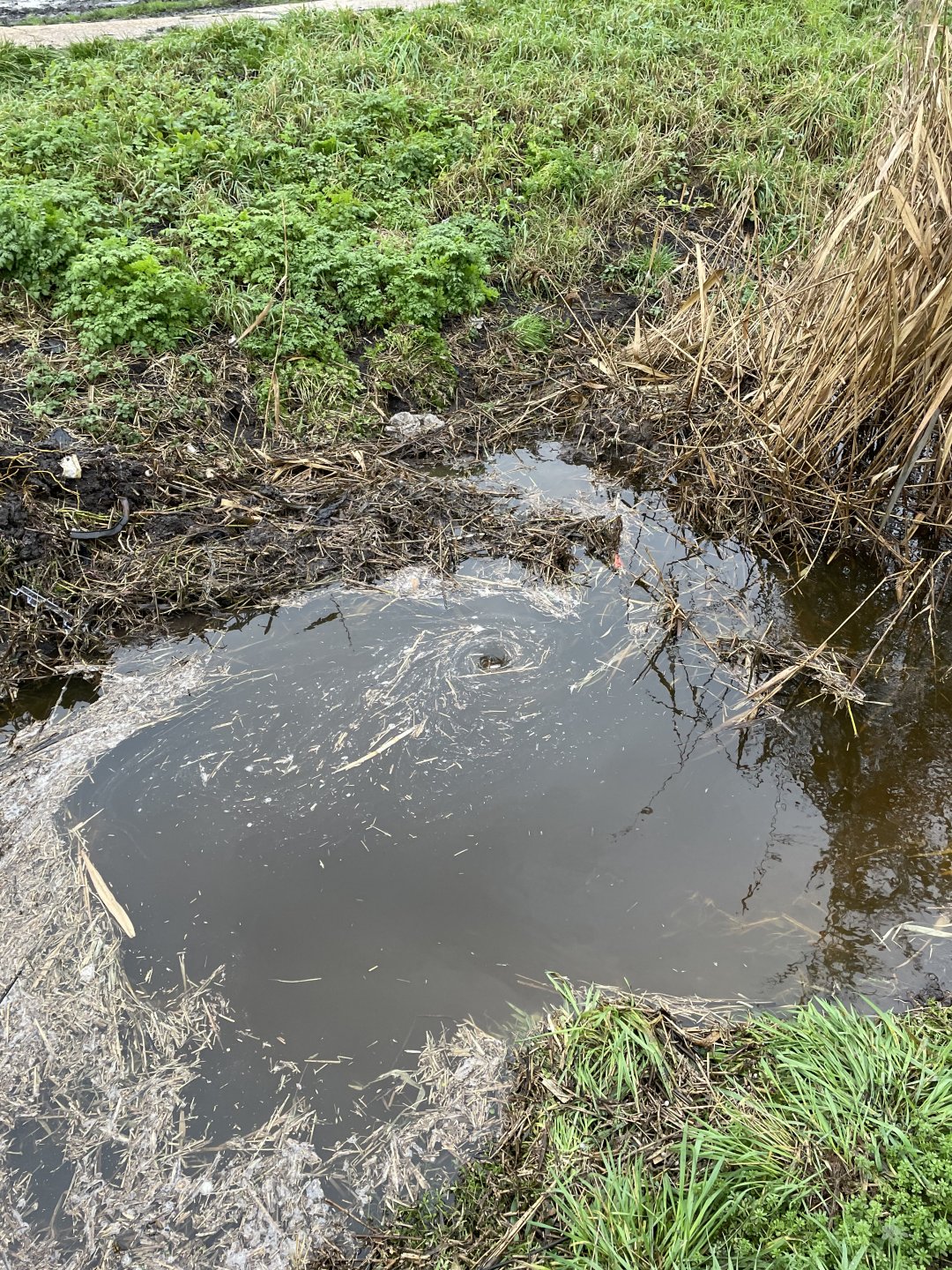 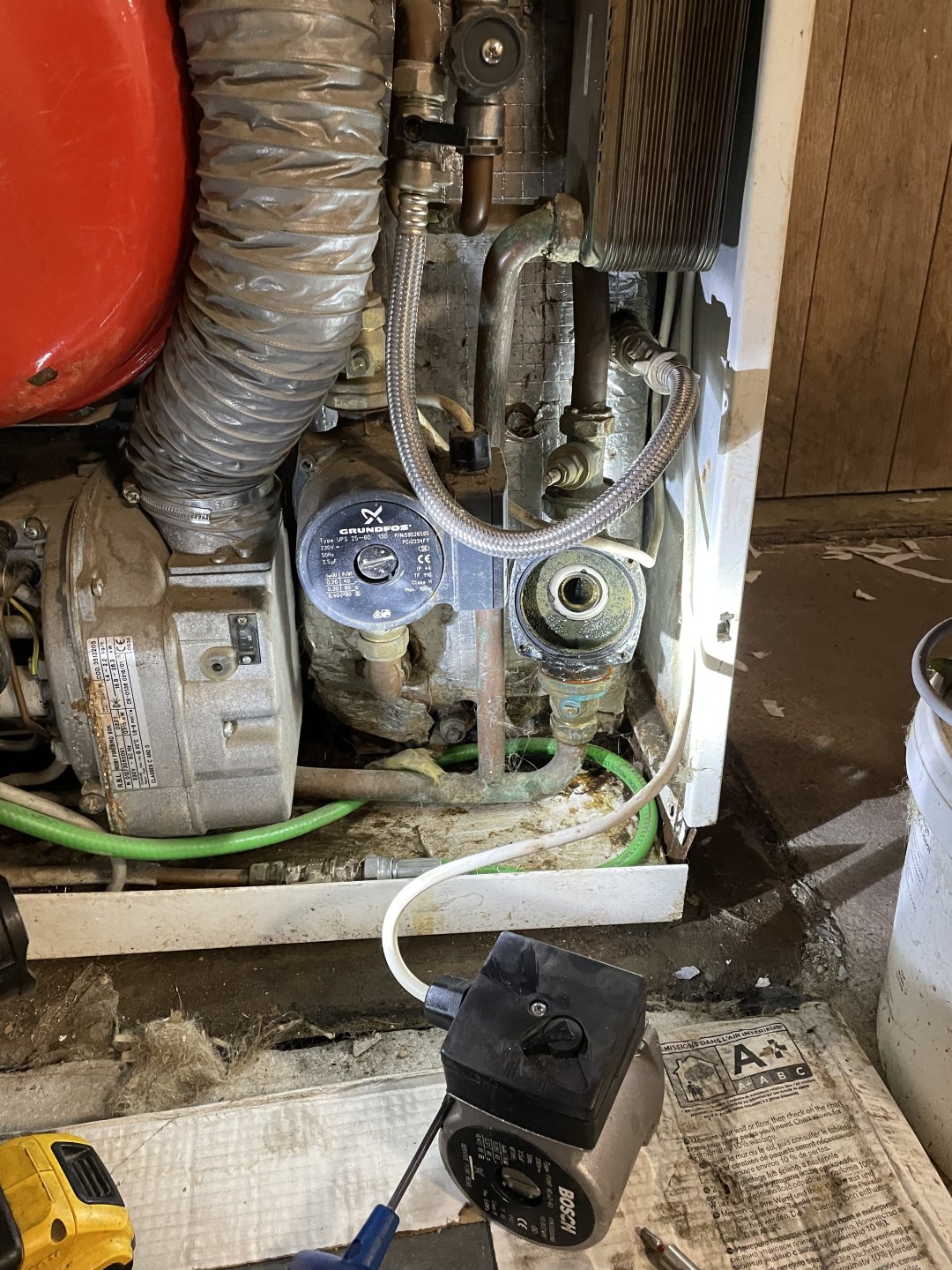 And there’s no escaping boilers, the one in the kennels had a circulation pump seize 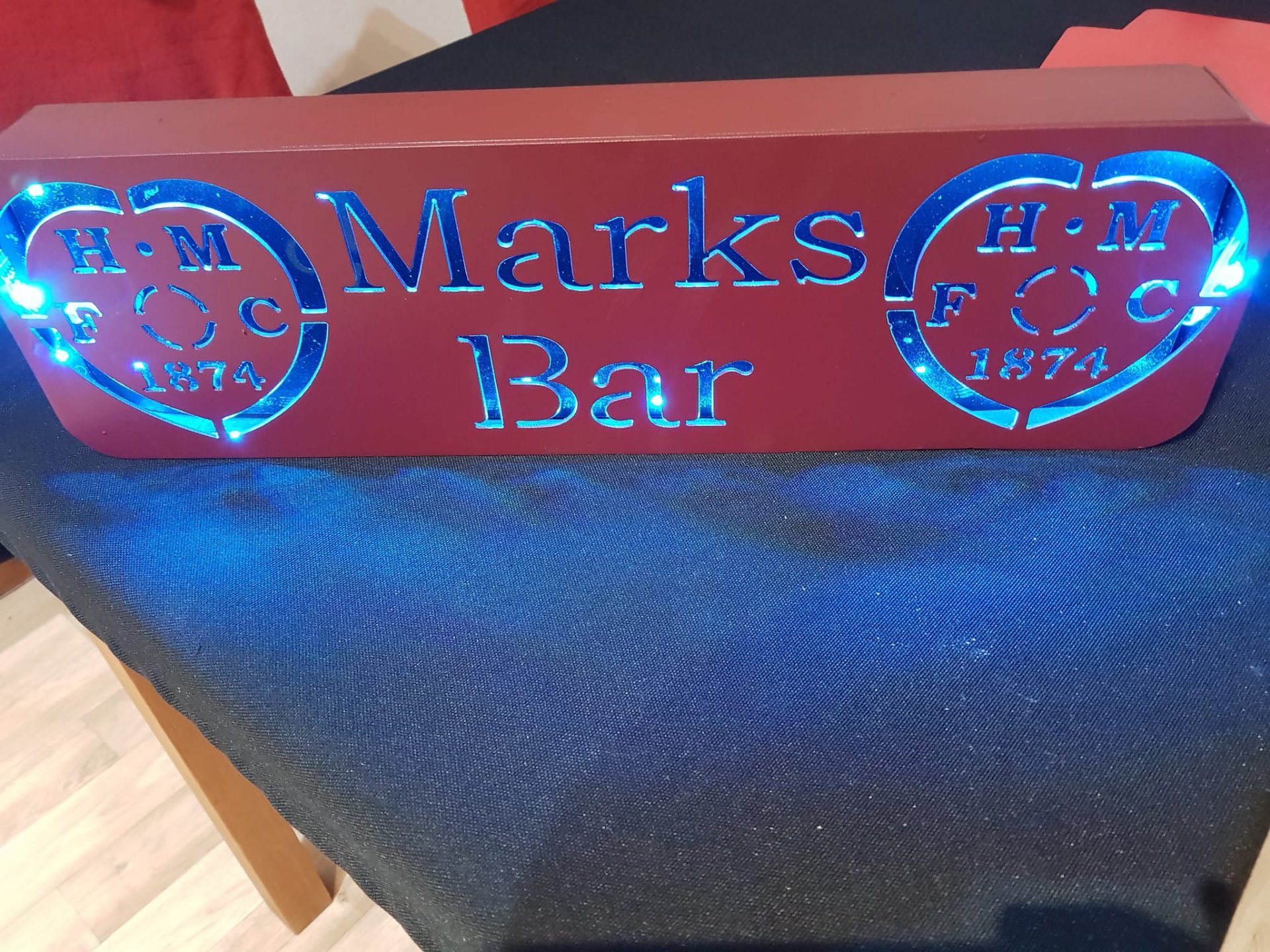 Gerbert said:
If thet gave shelter, I suppose they where a bit higher, they only look to 20 cm high.
Click to expand... 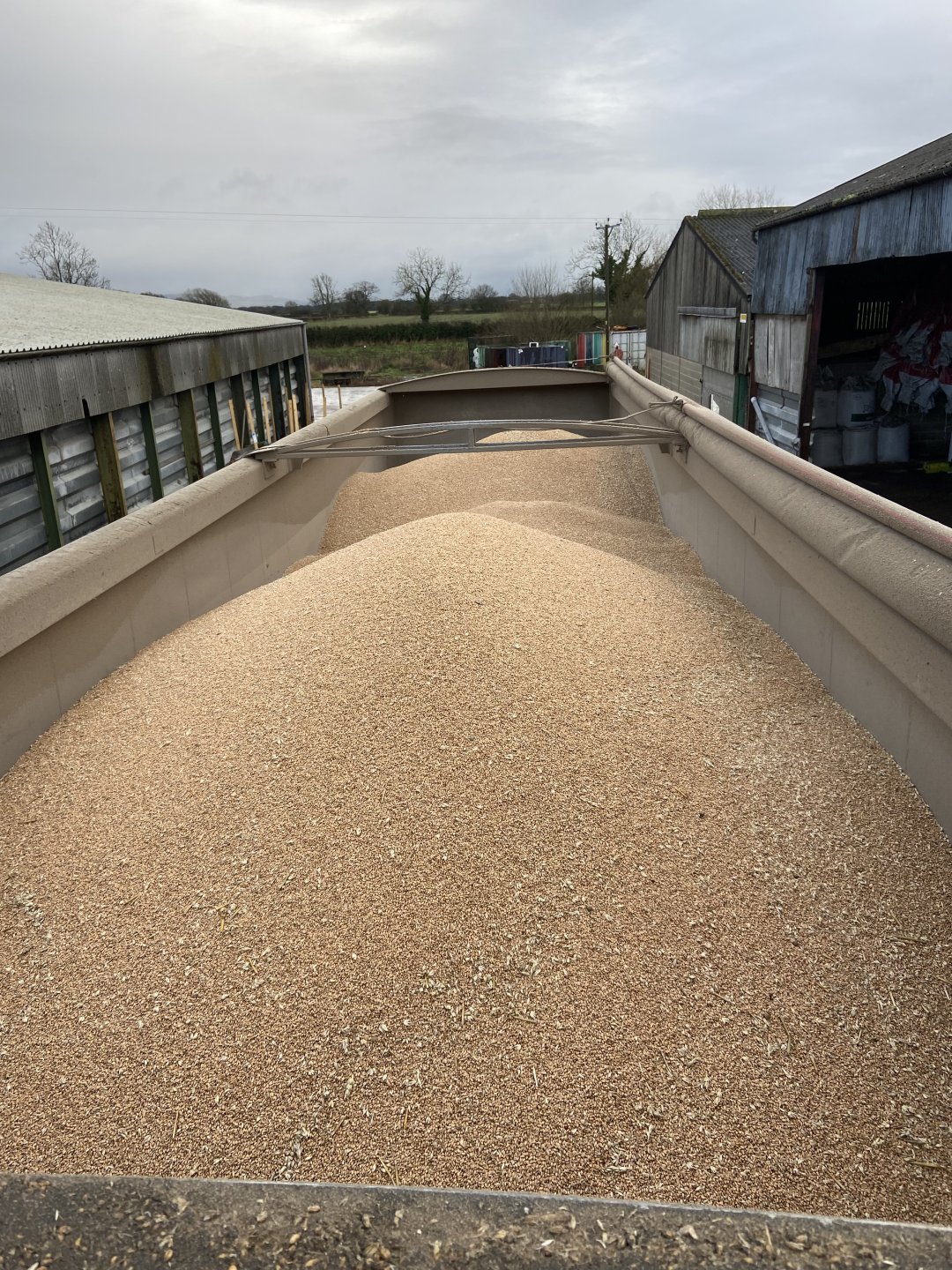 Last load loaded out today for this year, door shut till the price rises like a rocket or falls like a stone.
G

Gerbert said:
What are those dykes for?
Click to expand...

Our land is a lot of glacial tilth so the dykes around here were 'clearance' dykes as such as a means to get rid of stone so that our forefathers could farm the rest of field. A lot of times they were placed where there was a decent change of elevation in the land but not in this case. All paperwork done to remove as it provides no value other than holding combine up when opening field up. 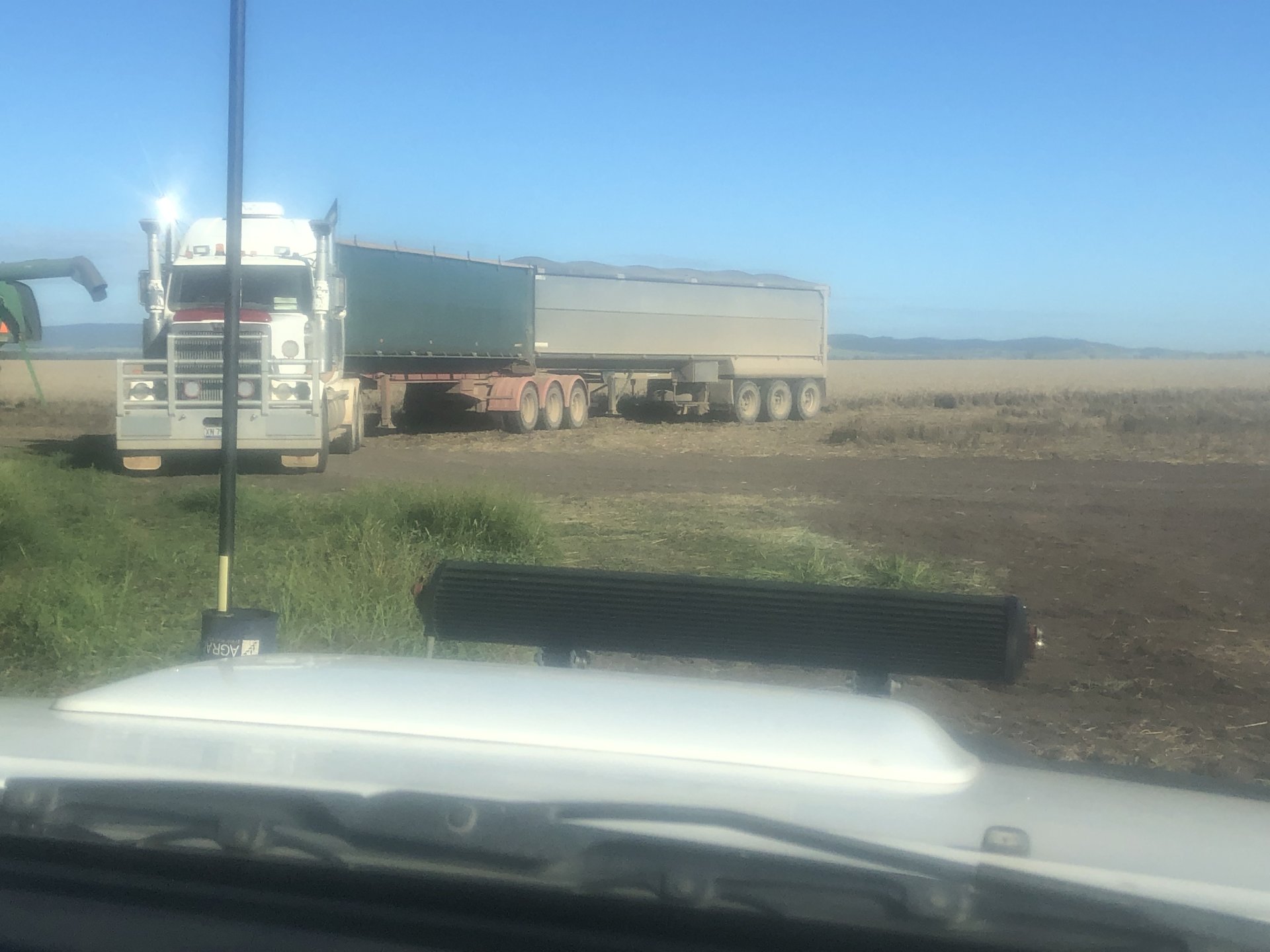 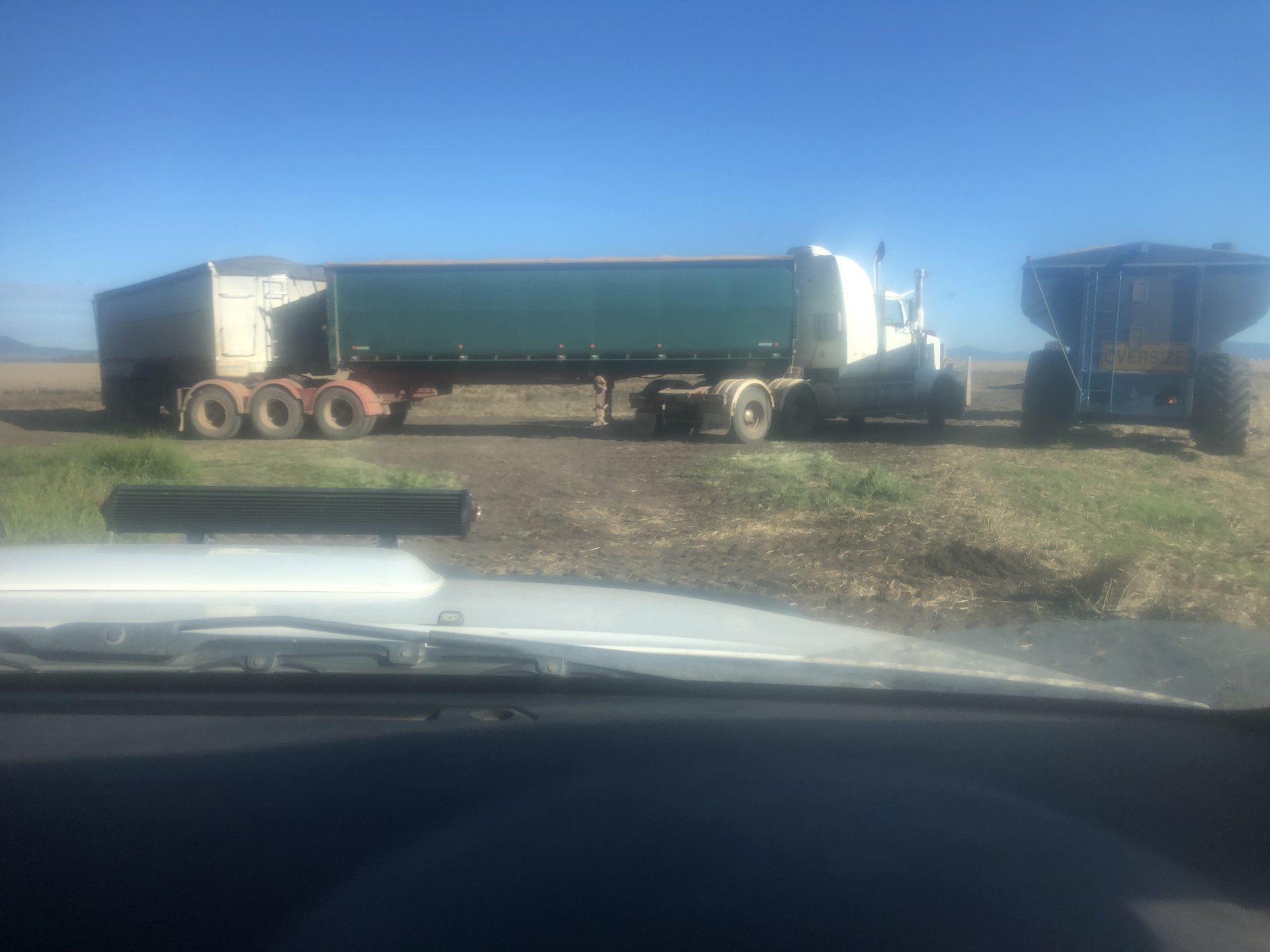 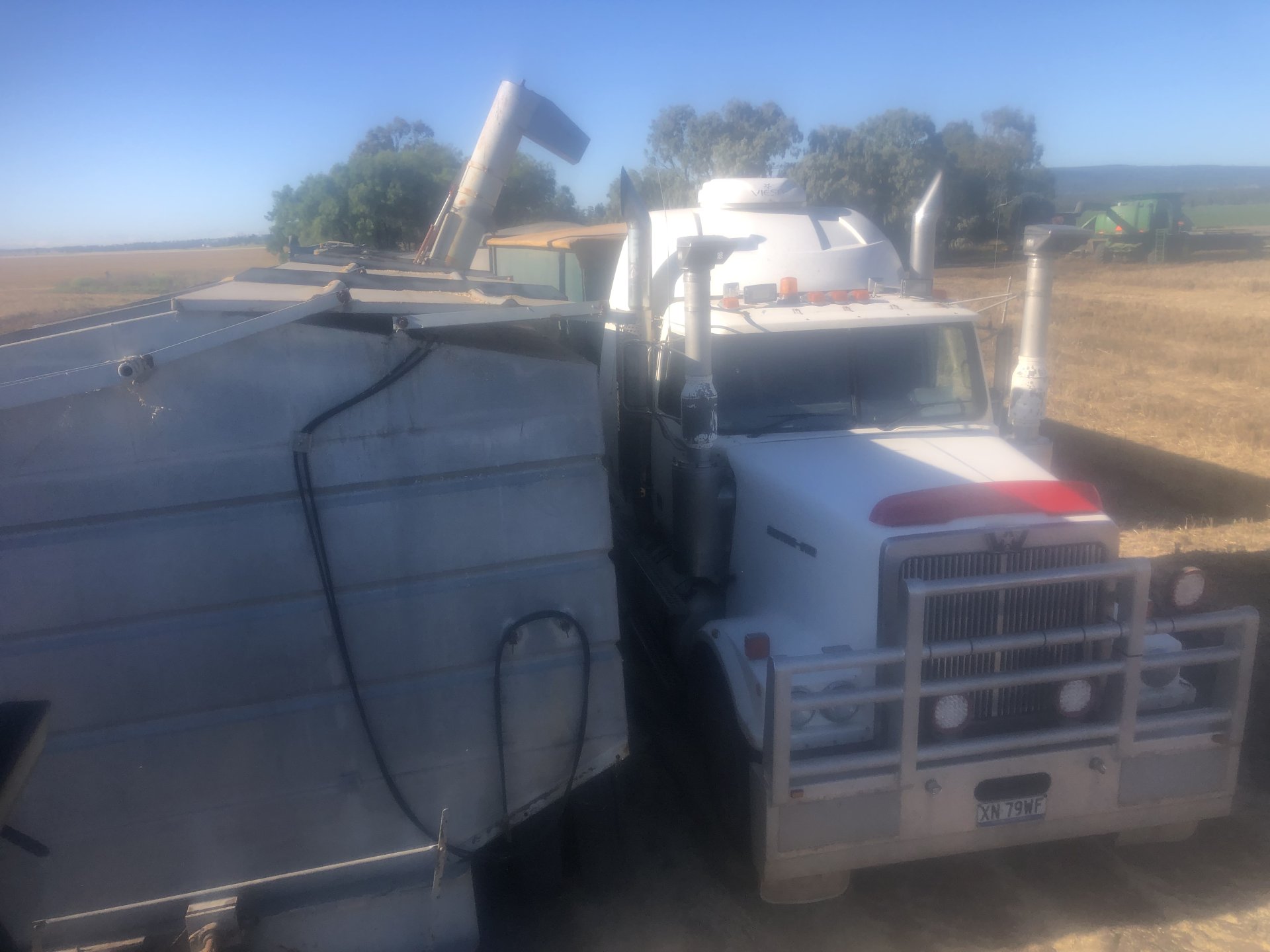 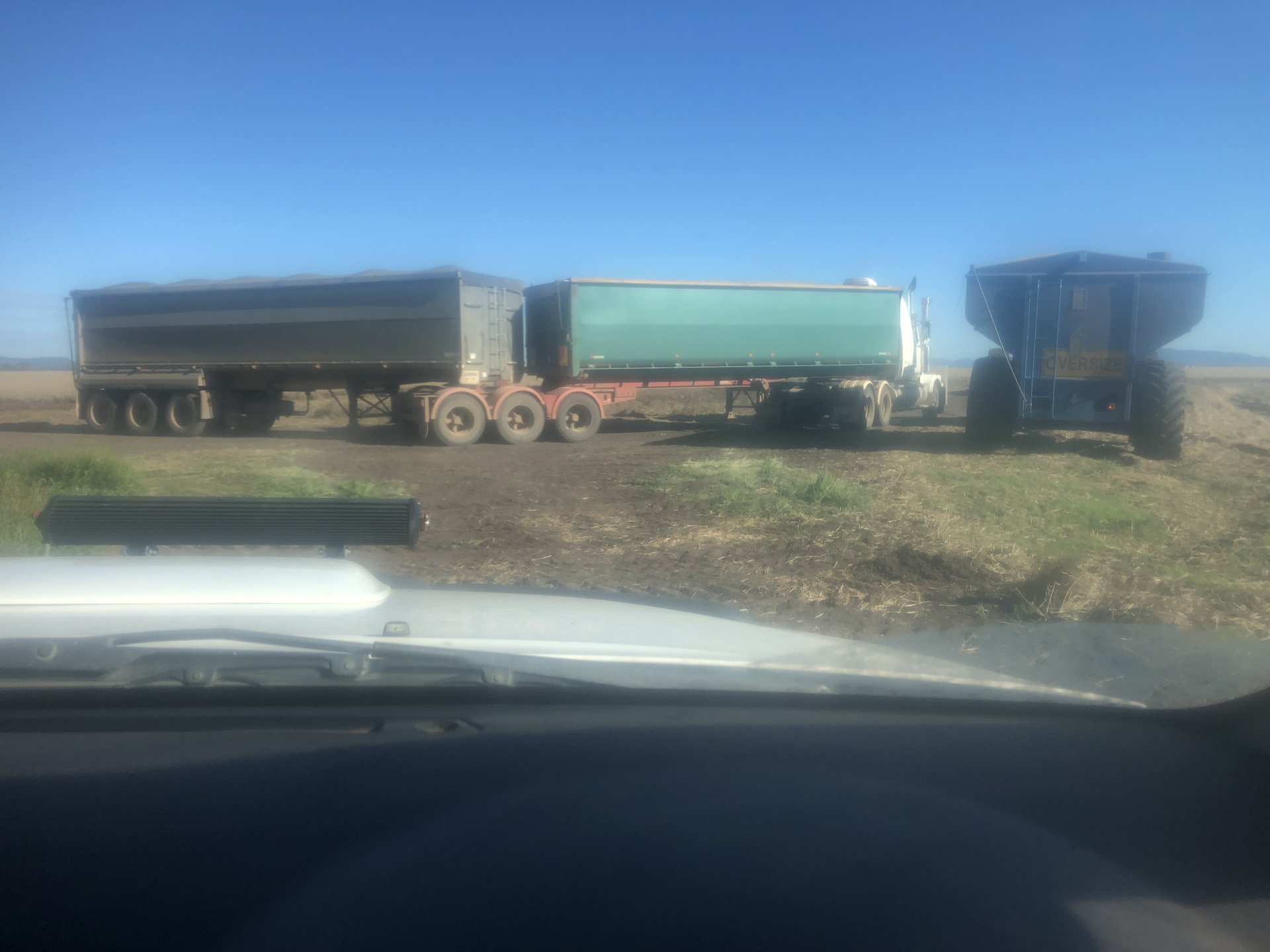 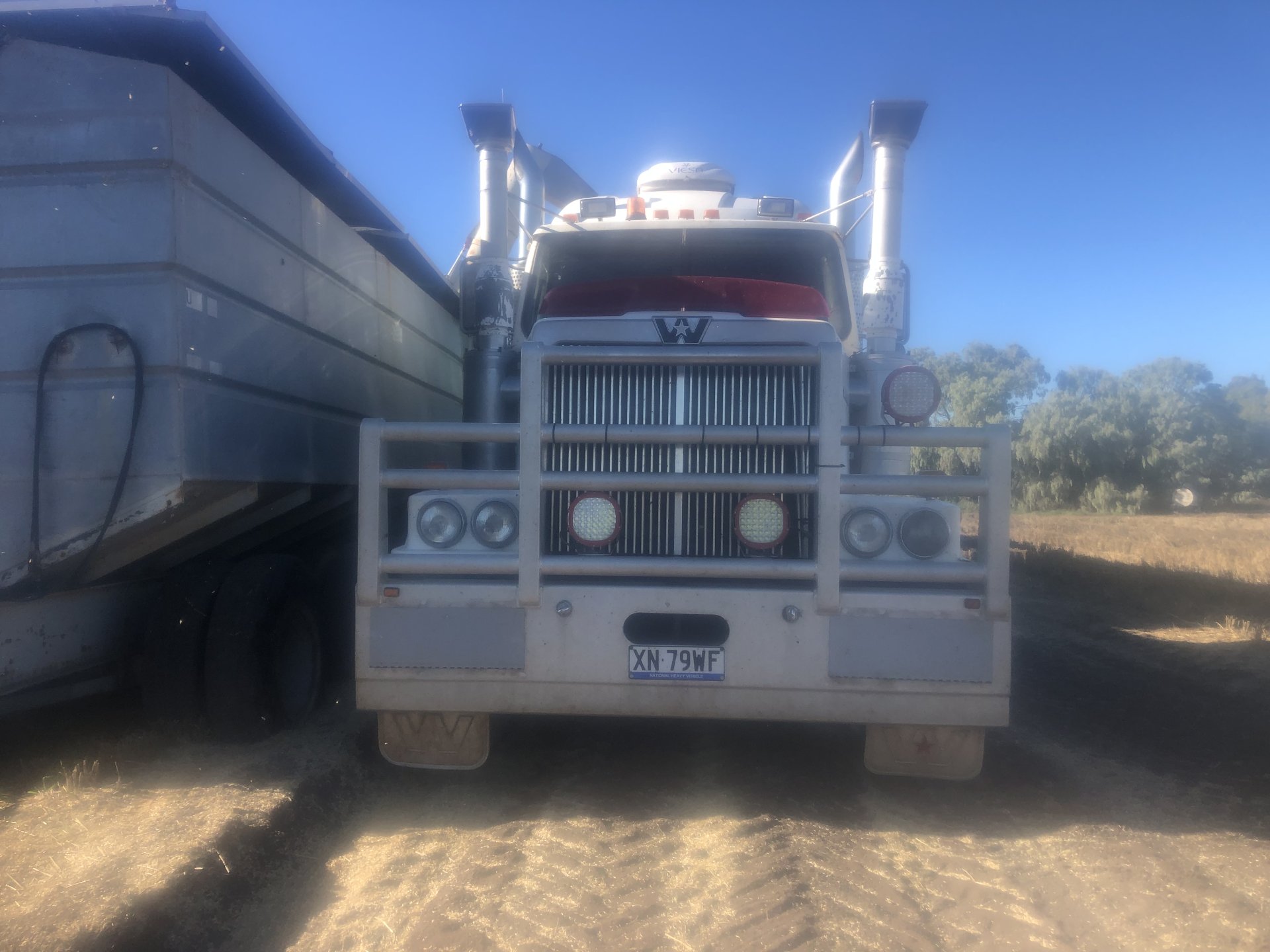 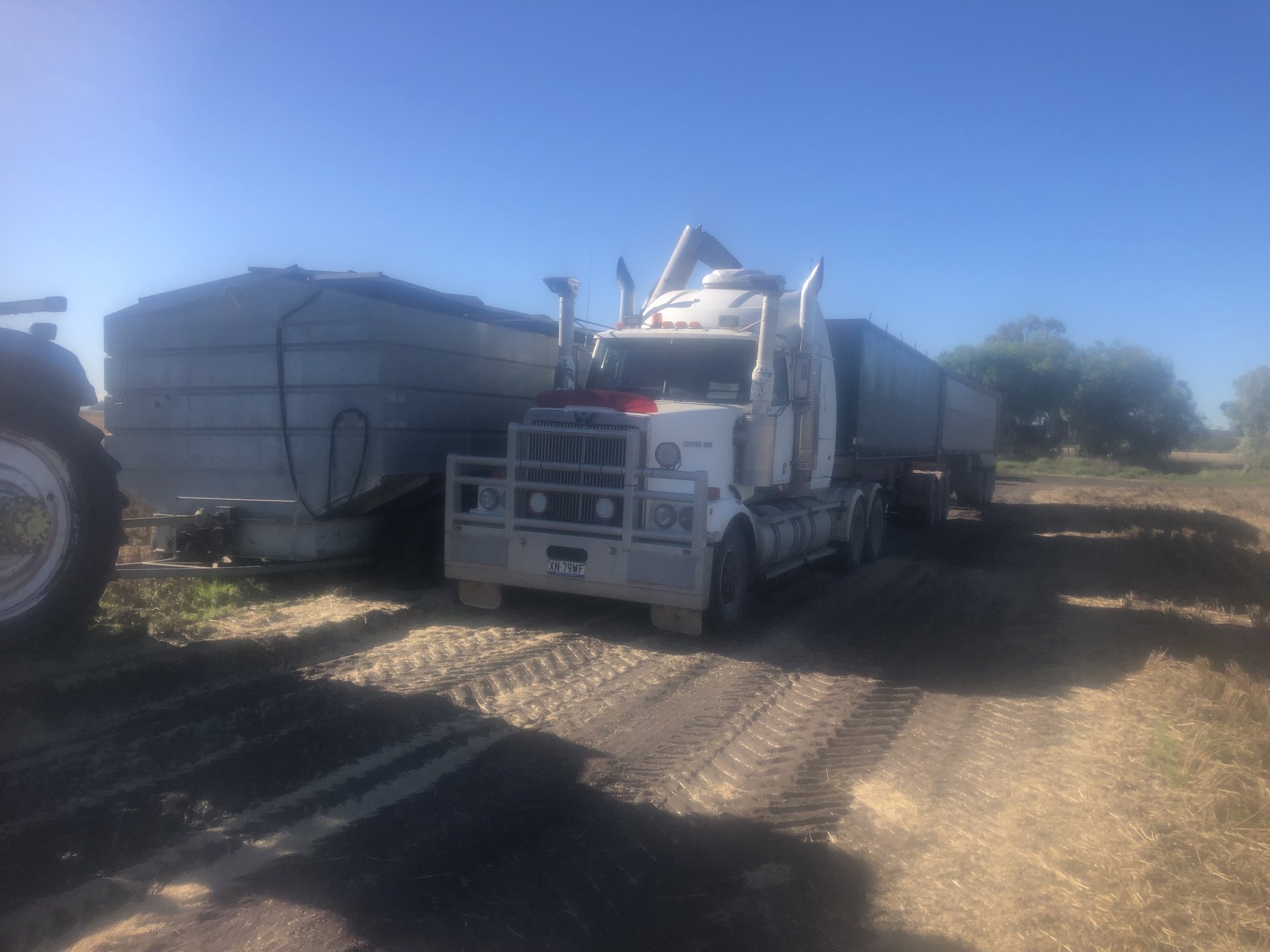 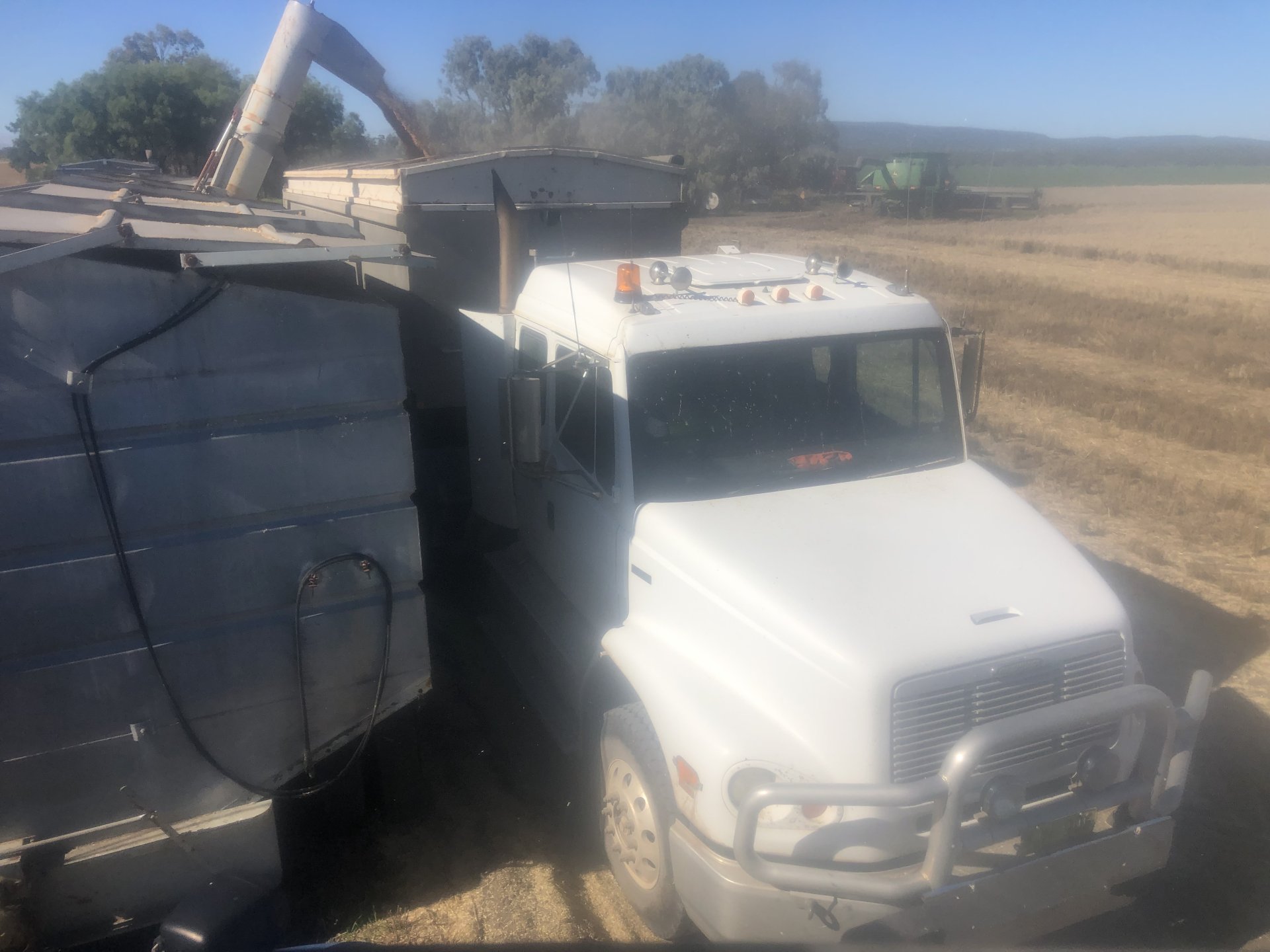 Loading the B trailer of the Double out on the public road, with the chaser bin, as our black track was too heavy to pull both trailers out loaded 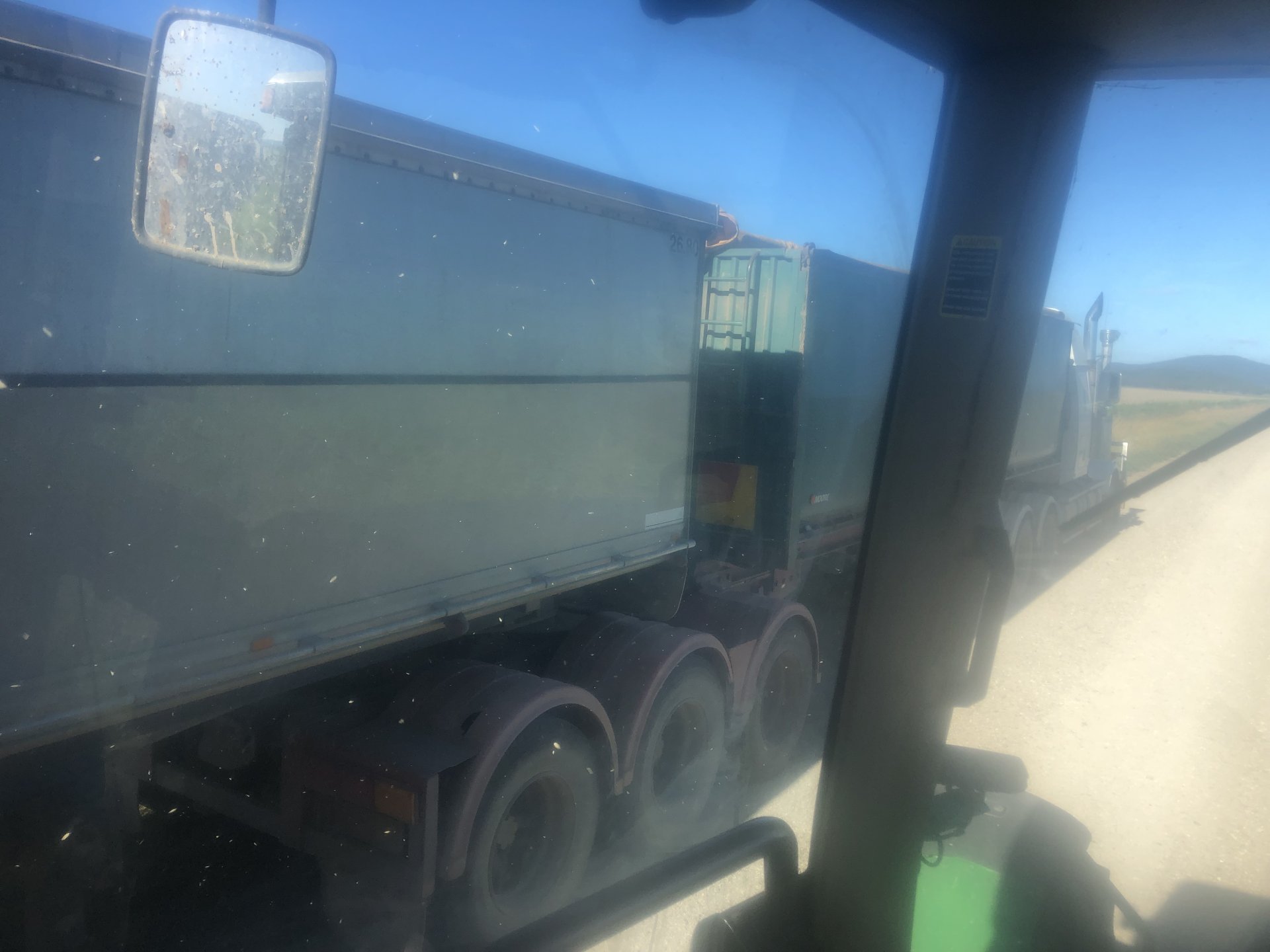 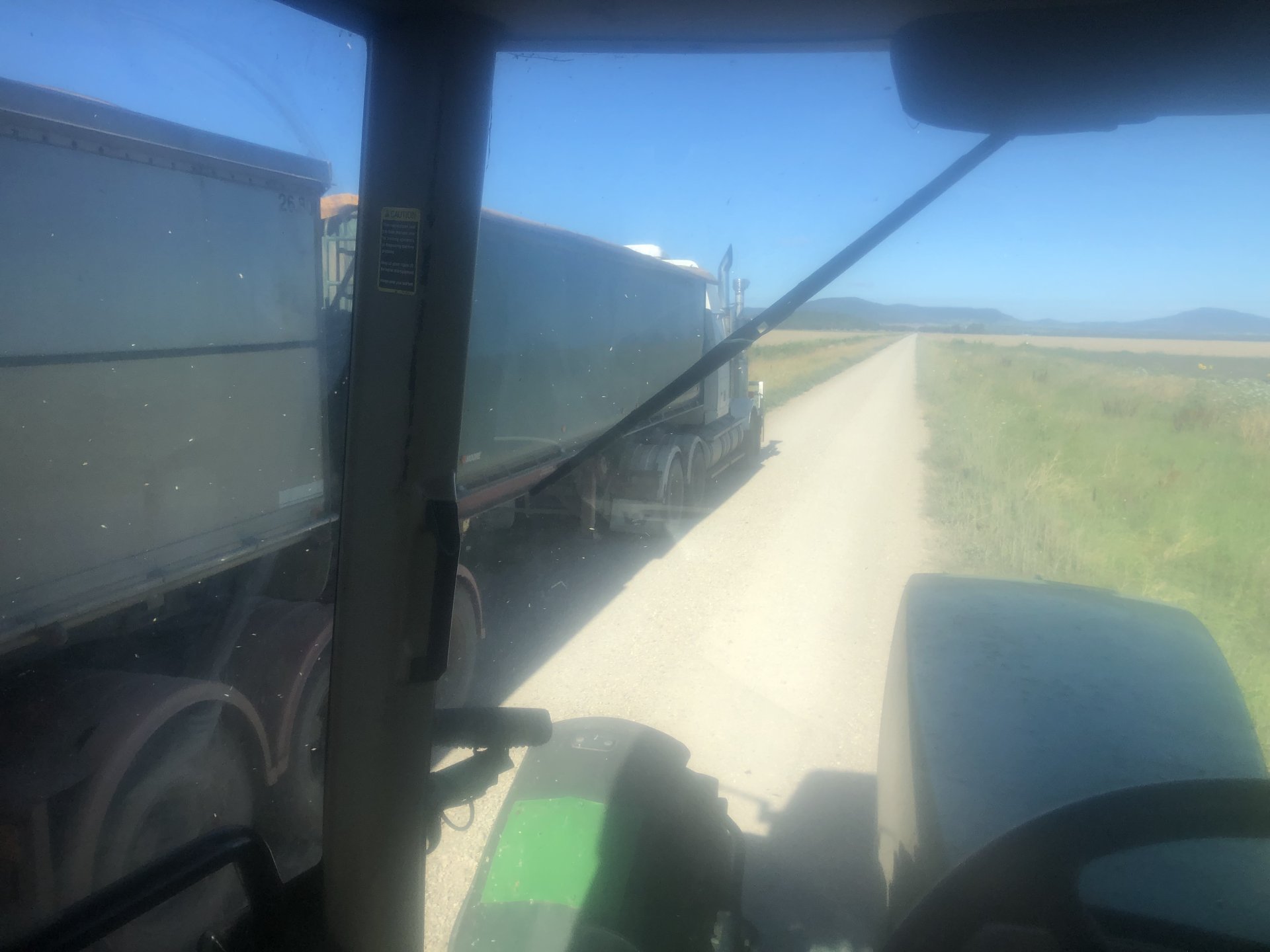 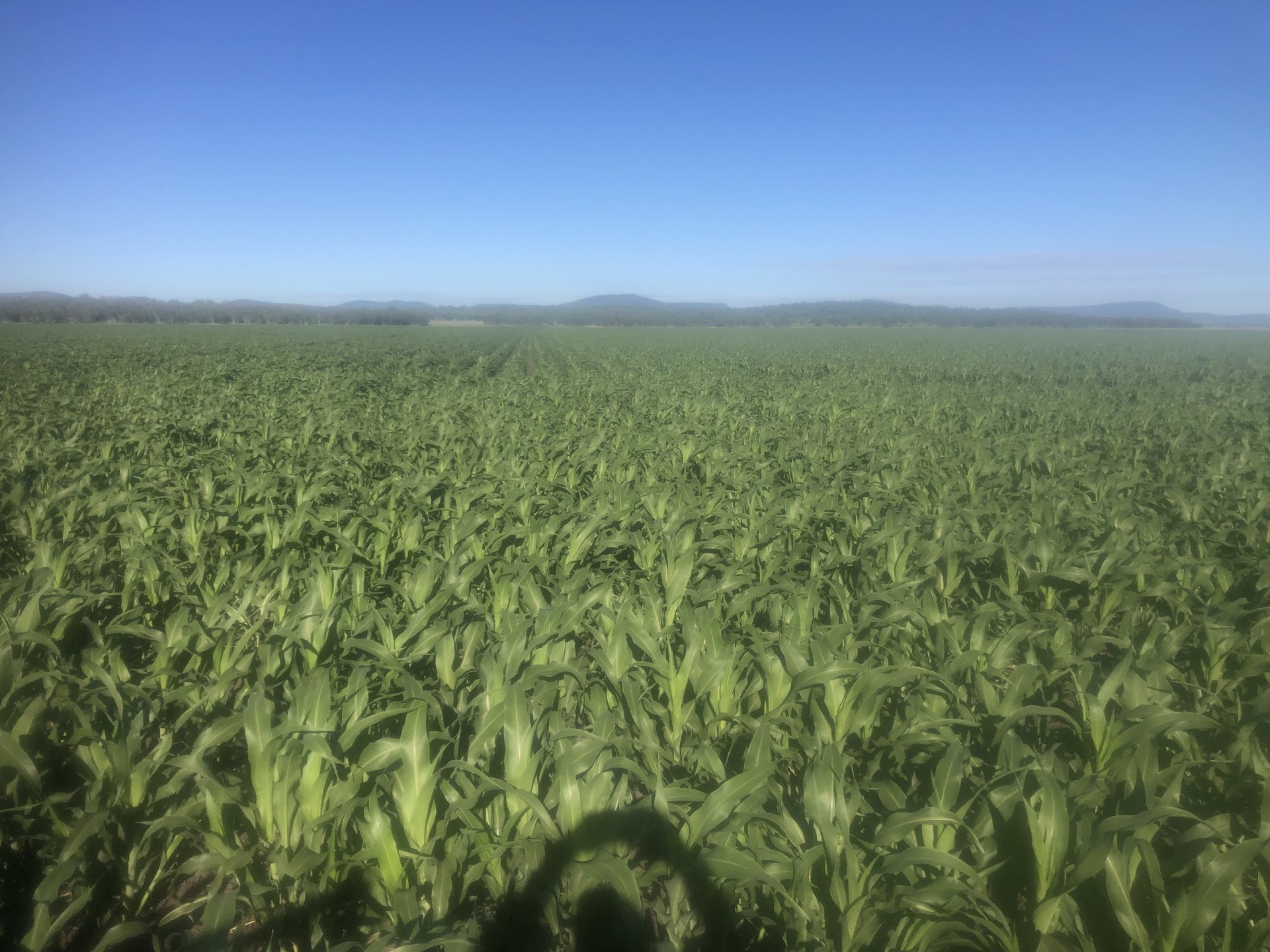 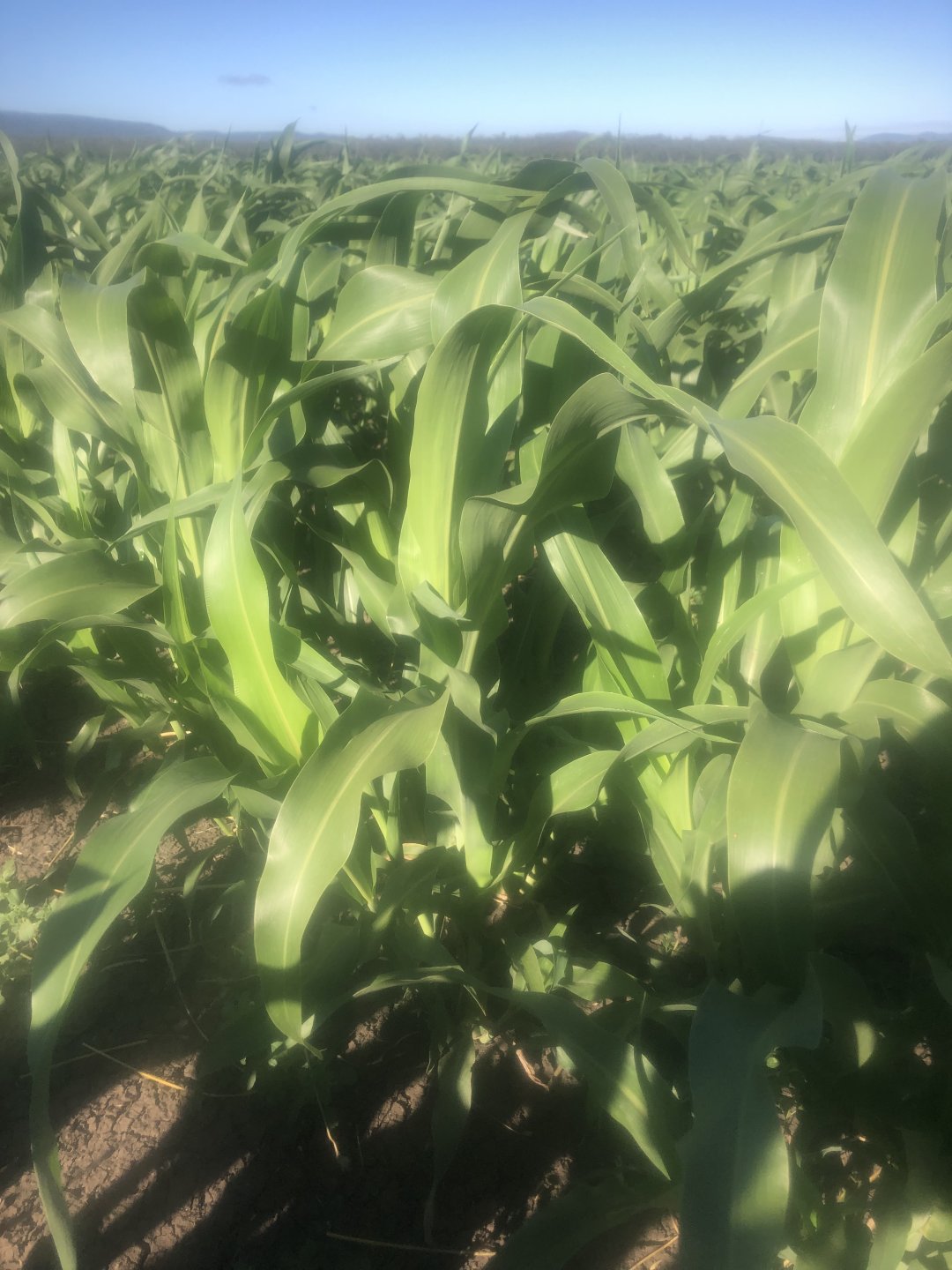 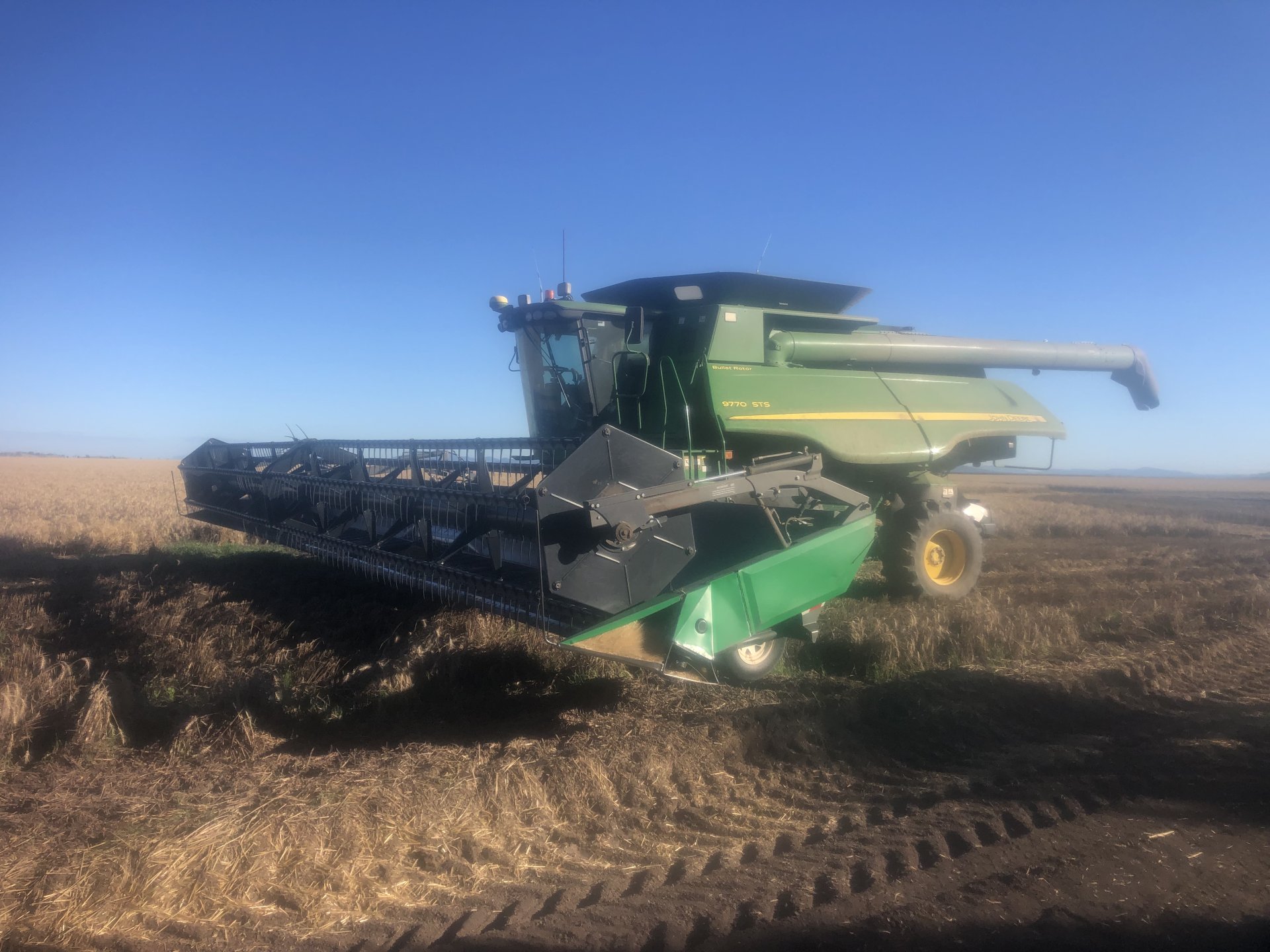 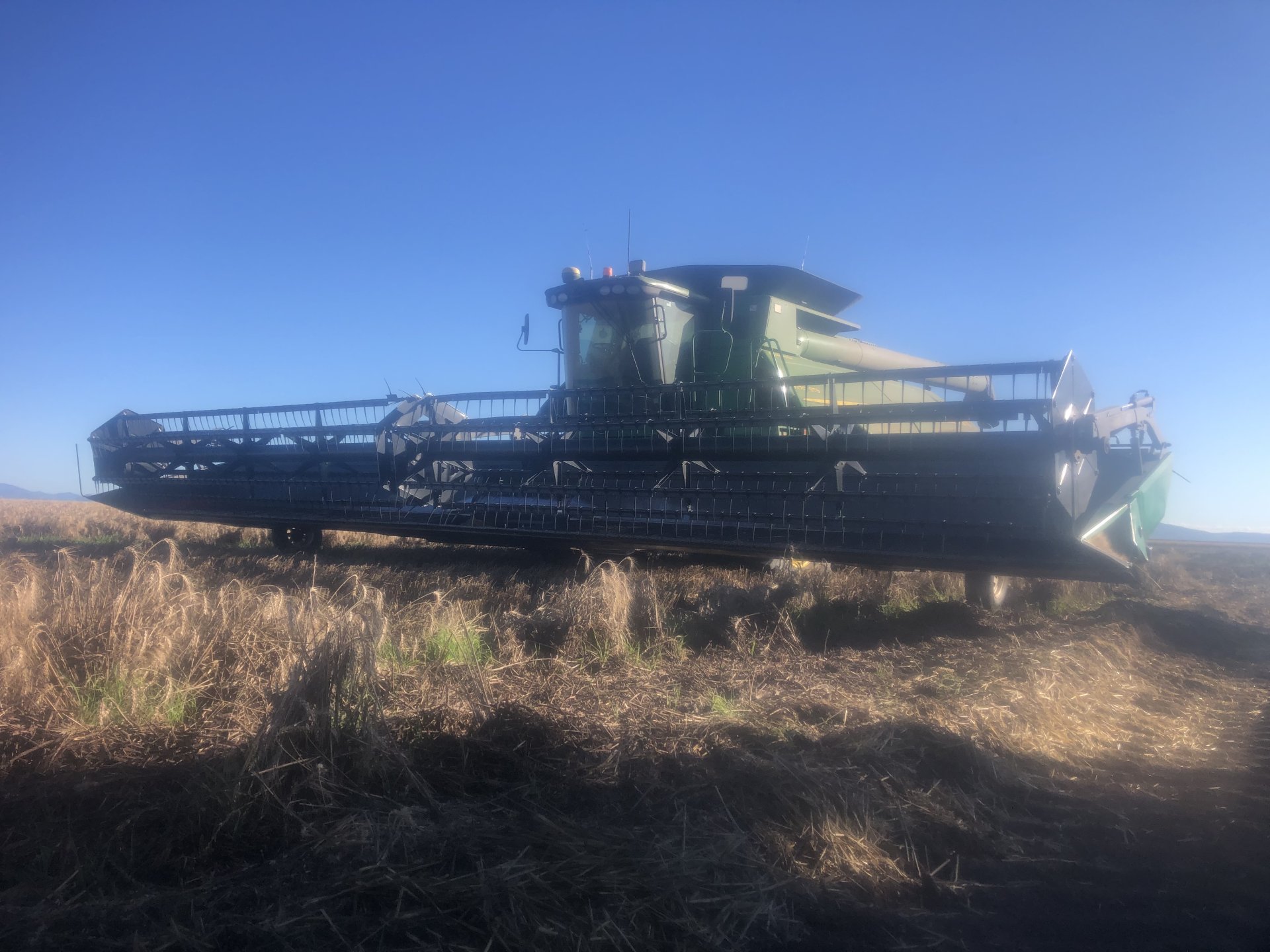 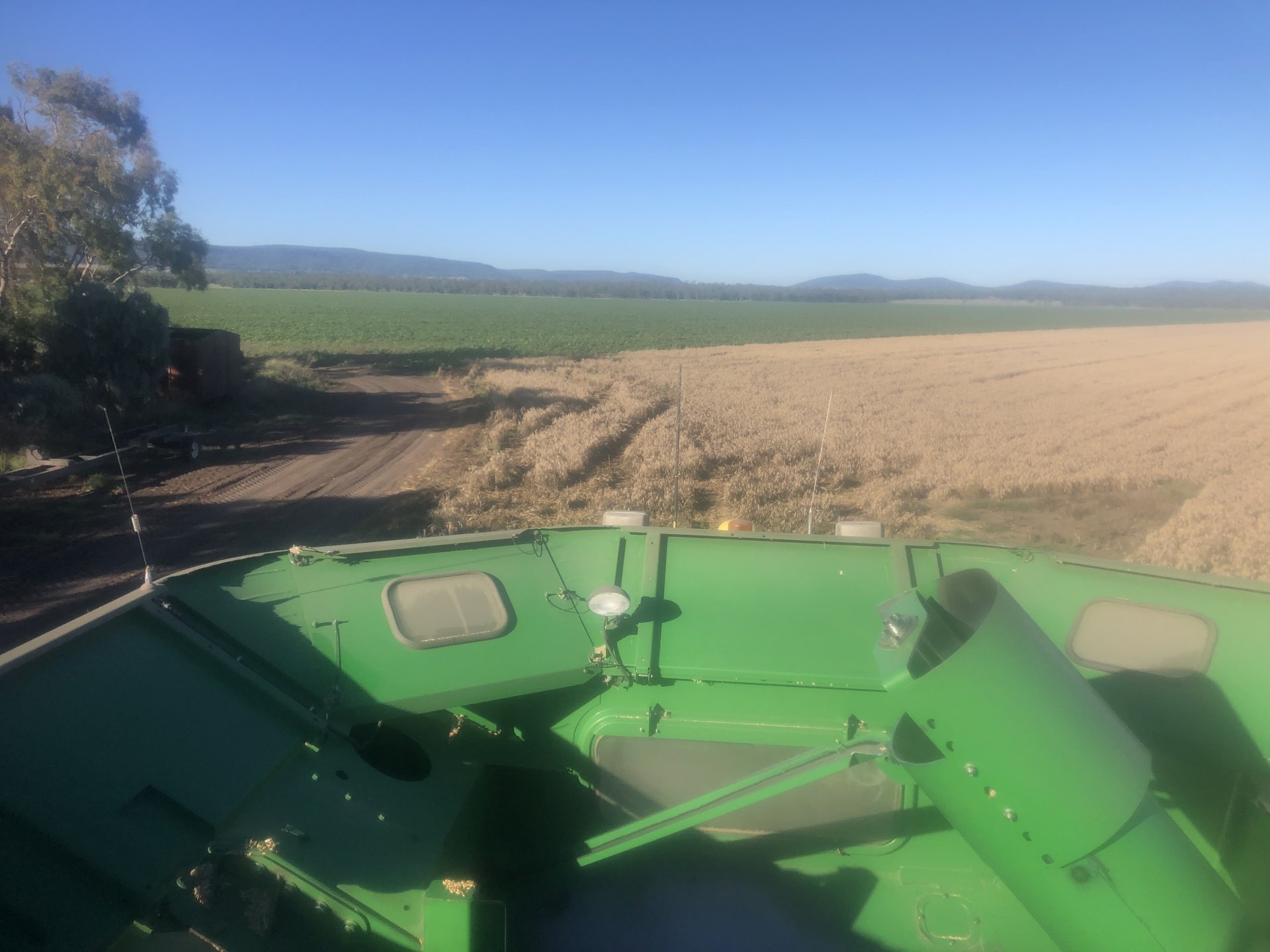 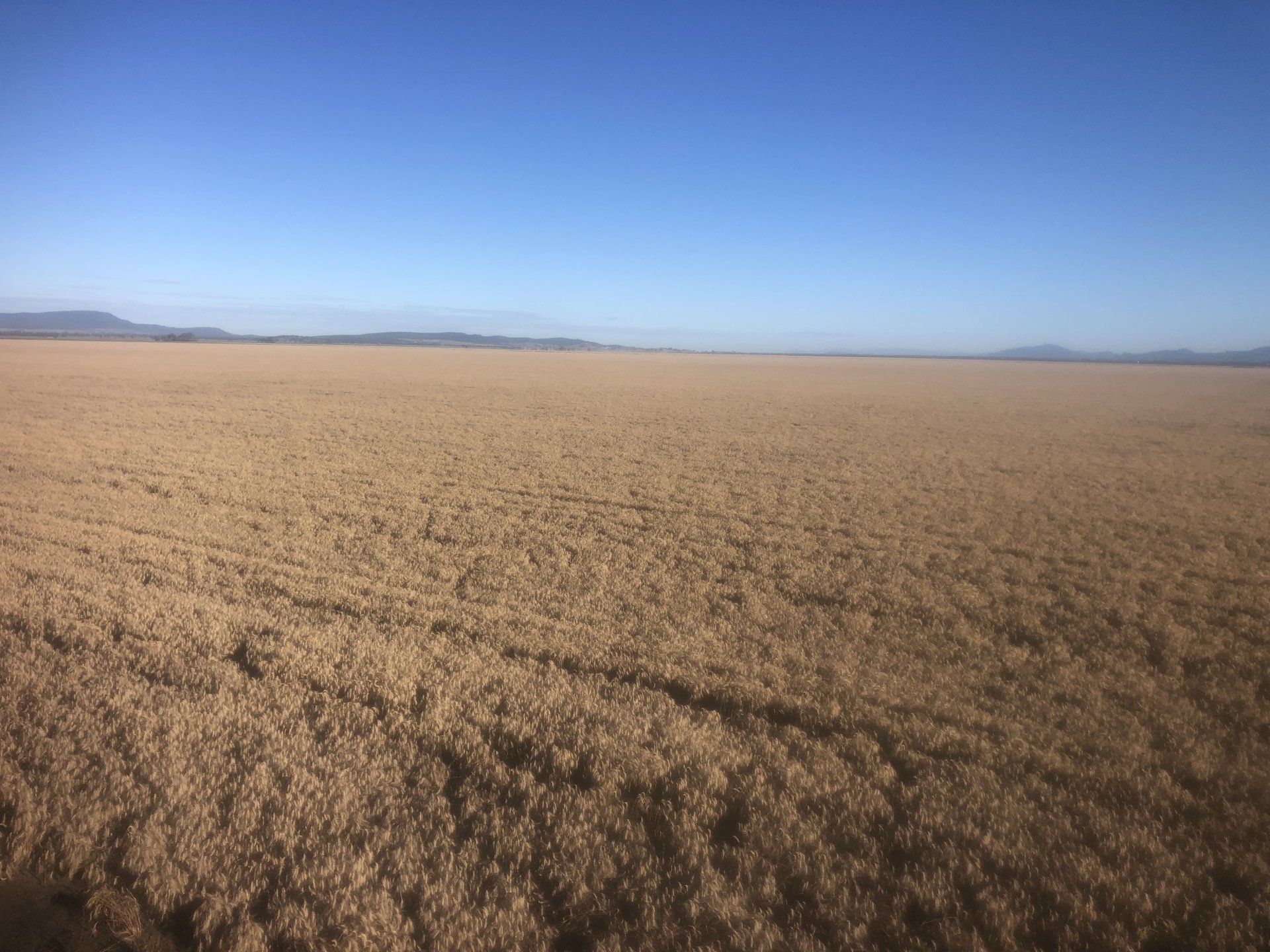 I expected this block to be the lowest yielding, as it was sown a bit late ( due to being too wet ), it was double cropped straight behind grain sorghum & we had trouble getting urea late in the season.
It appears to be around 2.5 - 3 t / ha, which isn’t great, especially at “feed” prices, but we did jag a few loads of DR3 ( the lowest grade of Durum before it becomes “feed” ) off it, at $500 / t, which does help.
We are about to move onto the breadwheat, which should yield quite a bit better, but it has had 300mm of rain in it since it was ripe, so we have not only lost protein & a lot of the test weight of the grain, but we have also lost quite a bit of physical grain from it shelling out of the heads.

We have another 220 ha of Durum after here, which did have the best prospects, but it also suffered a lot of physical damage from the water going through it ( and washing the gravel off the public road than runs past it ), so we will see . . .

bread wheat looks to be going around 5 t / ha or better, even with the shelling out 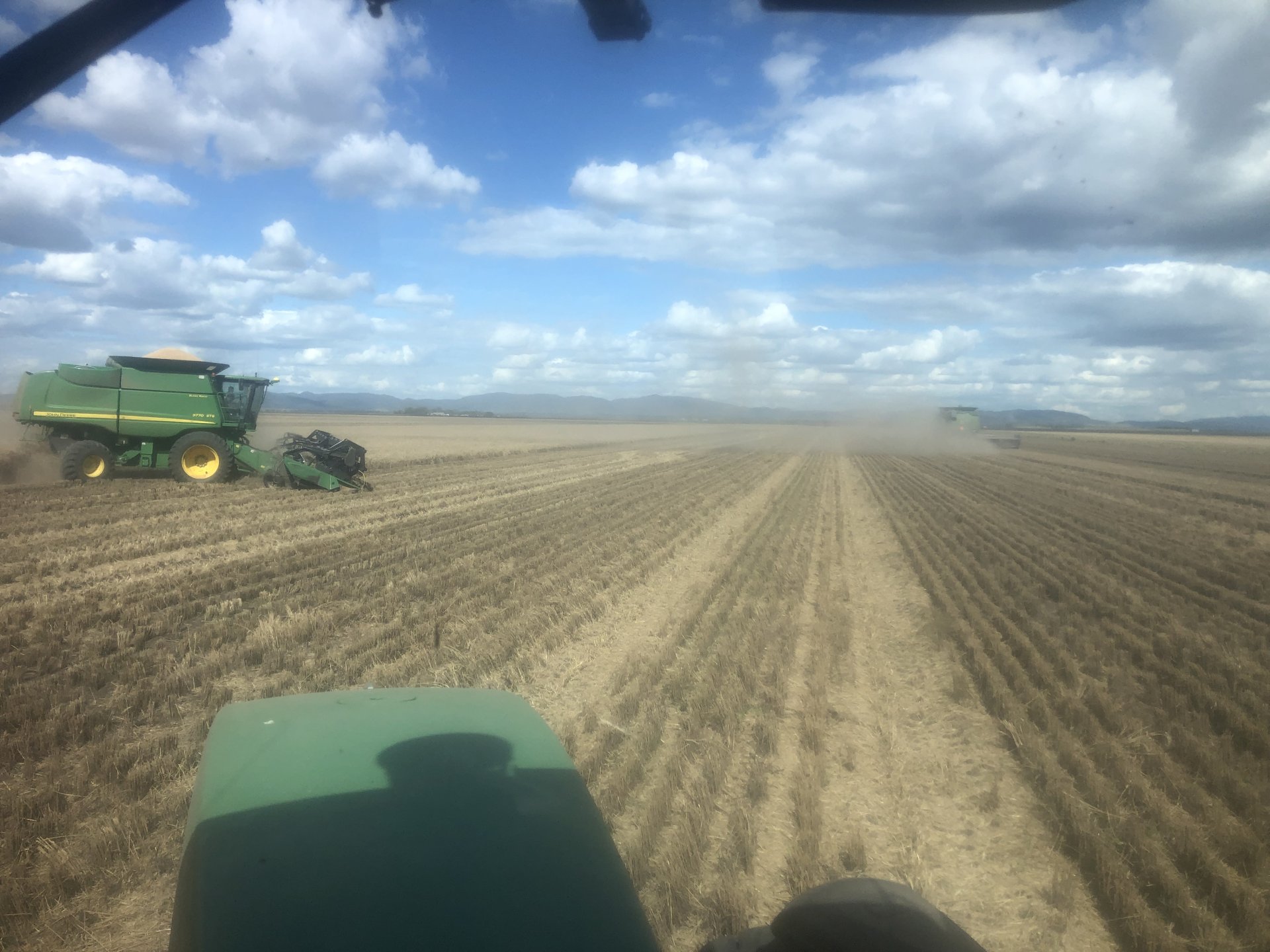 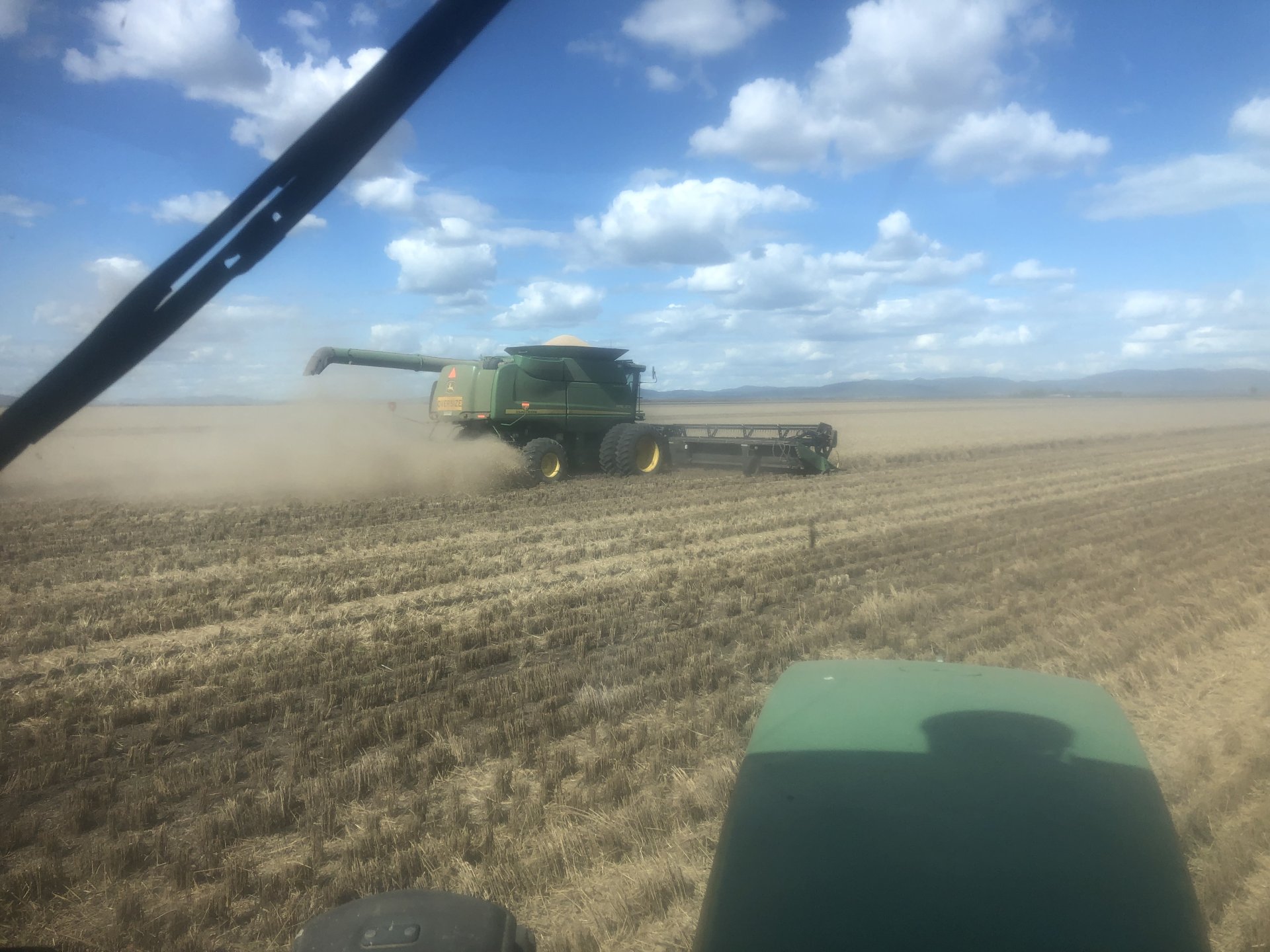 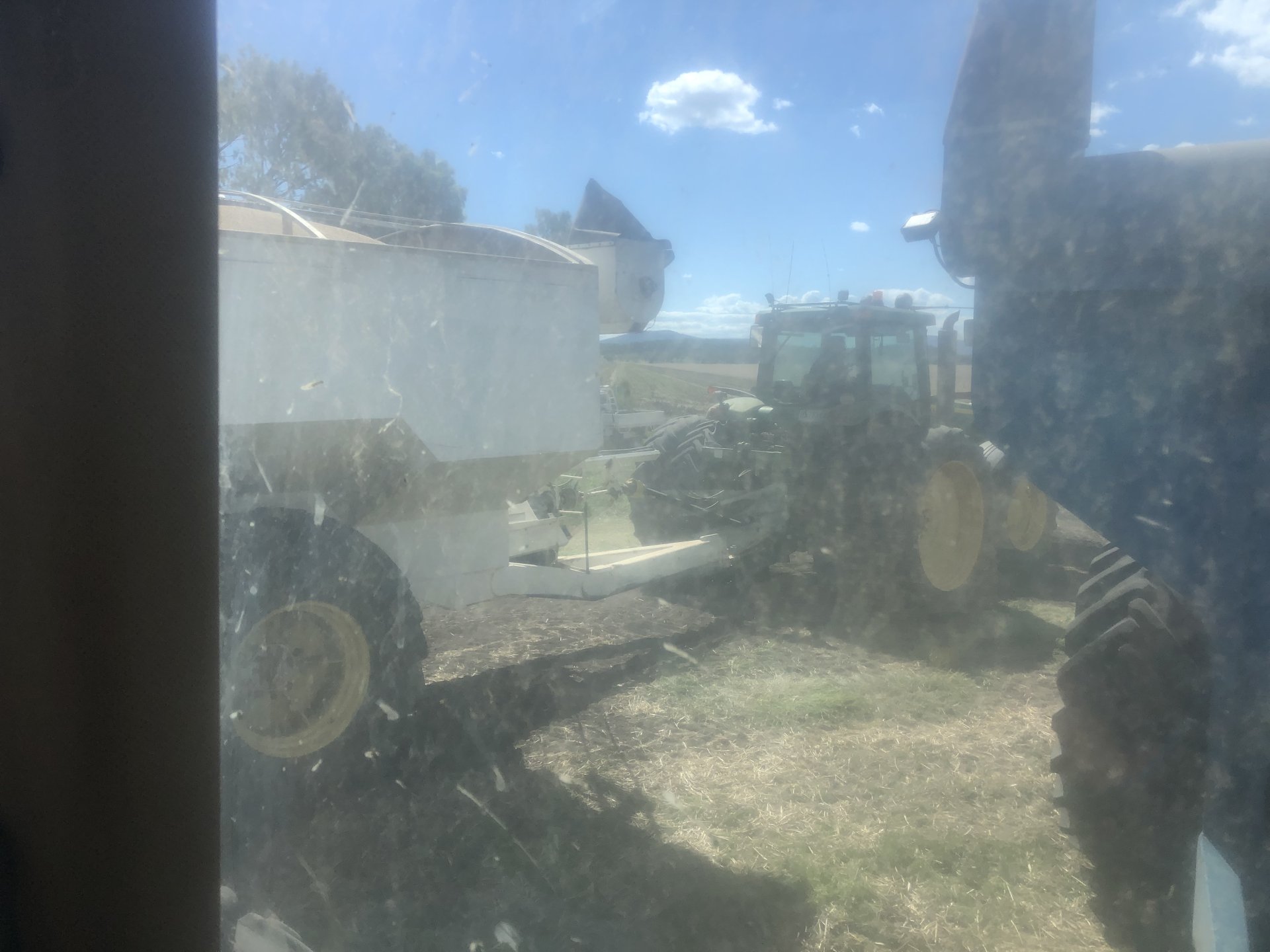 The bread wheat was planted straight after mung beans, that some may remember were quite a profitable crop

Wheat that’s been under water, the straw just smashes to dust when you harvest it 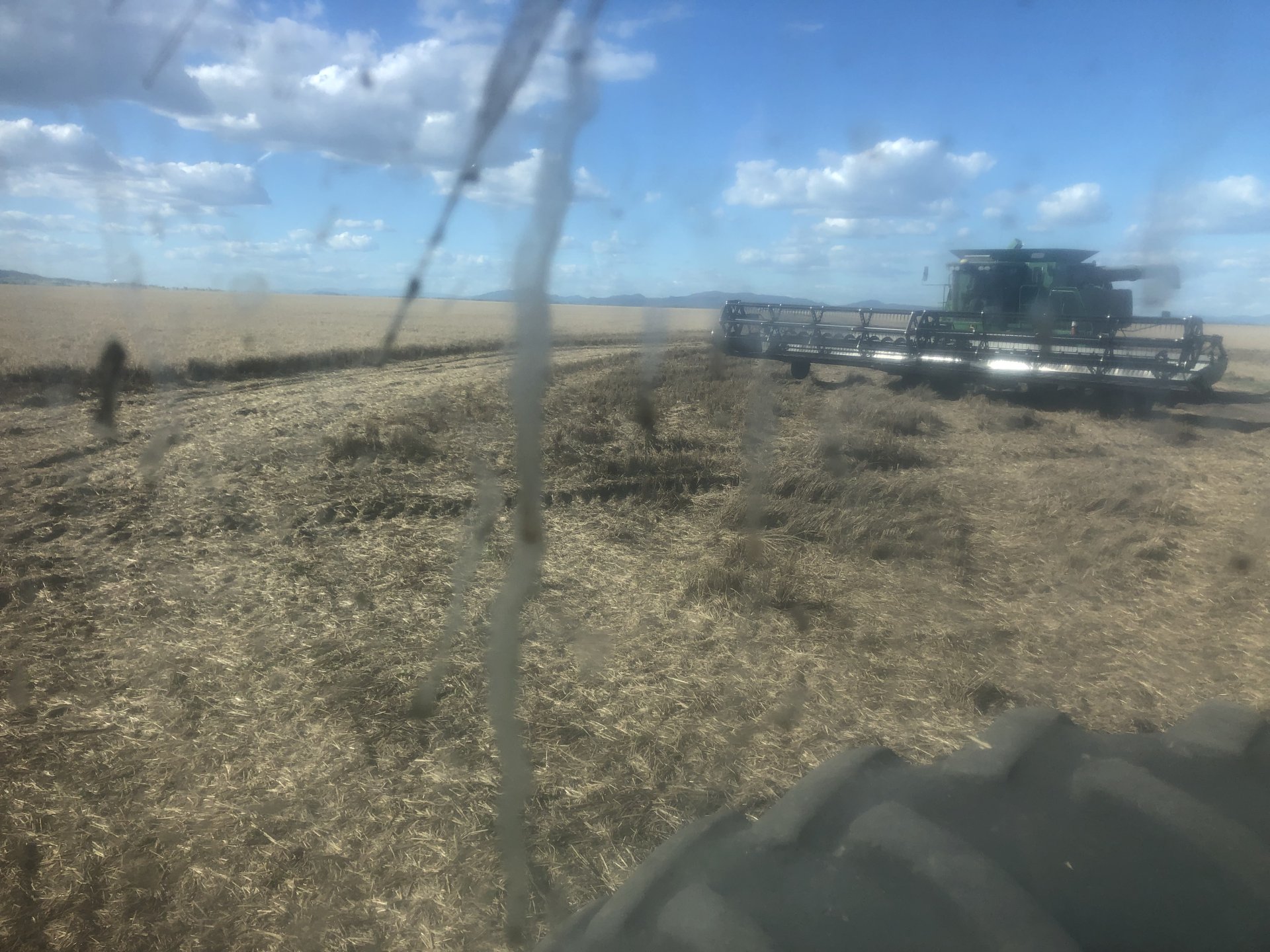 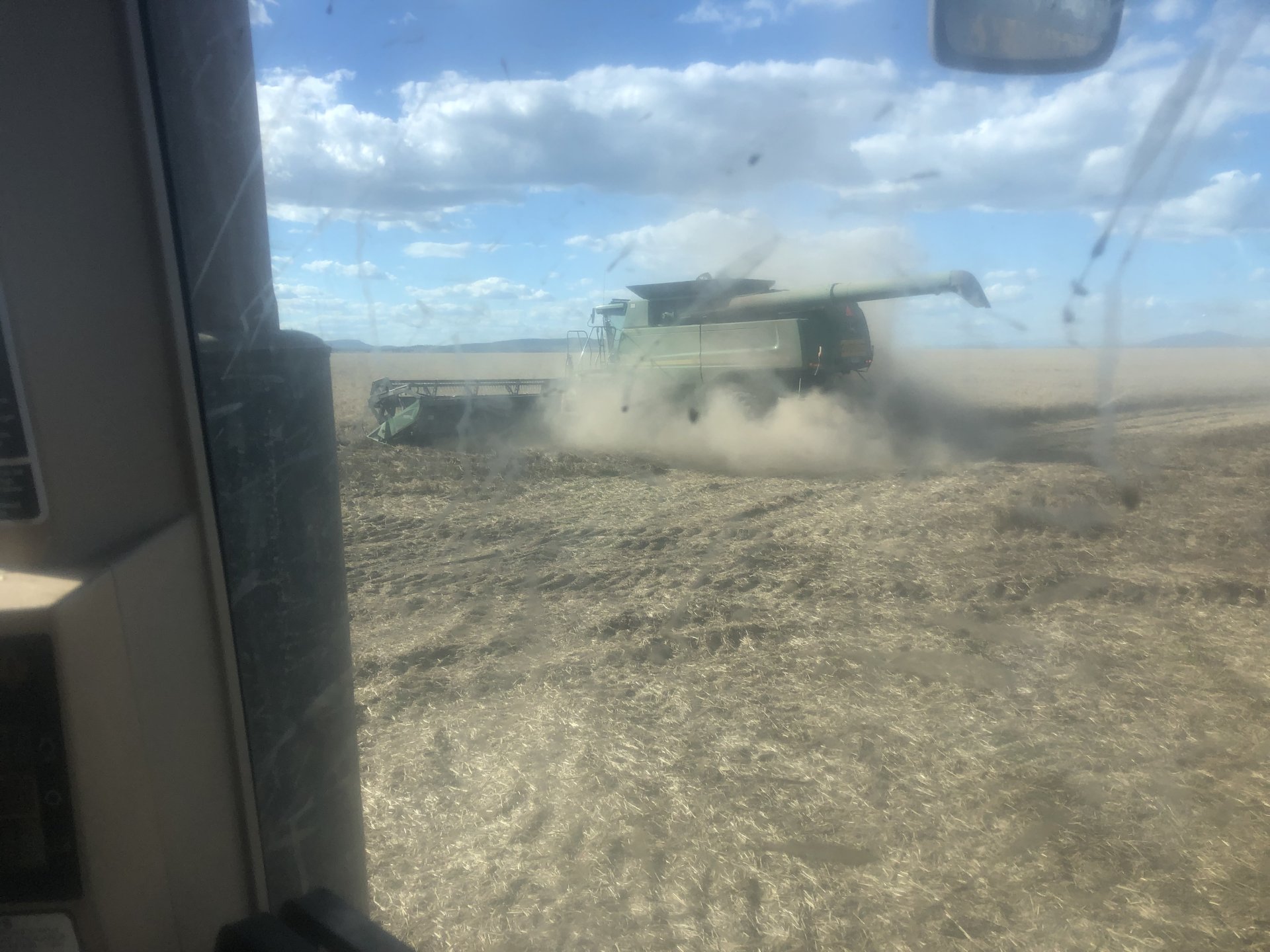 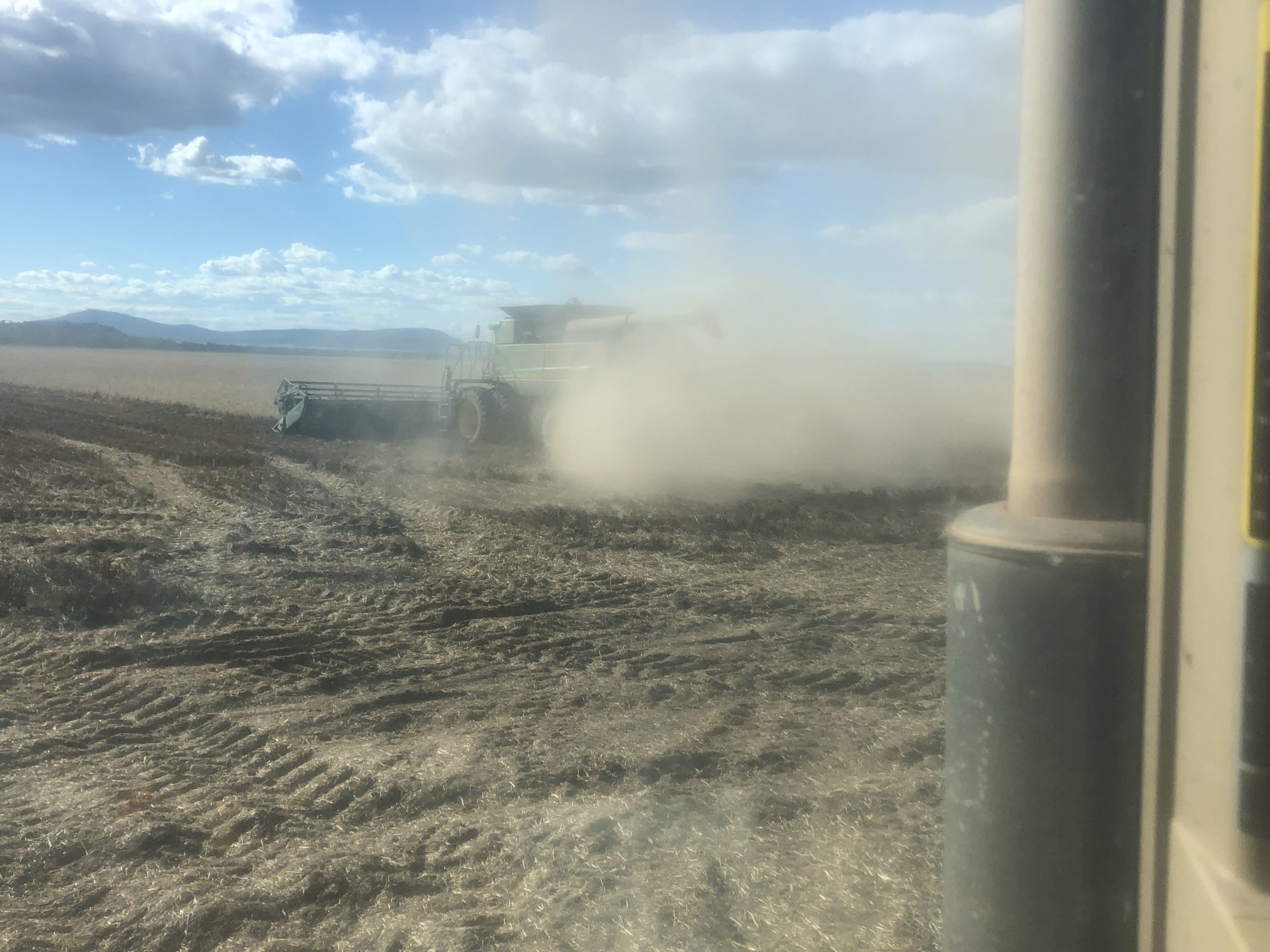 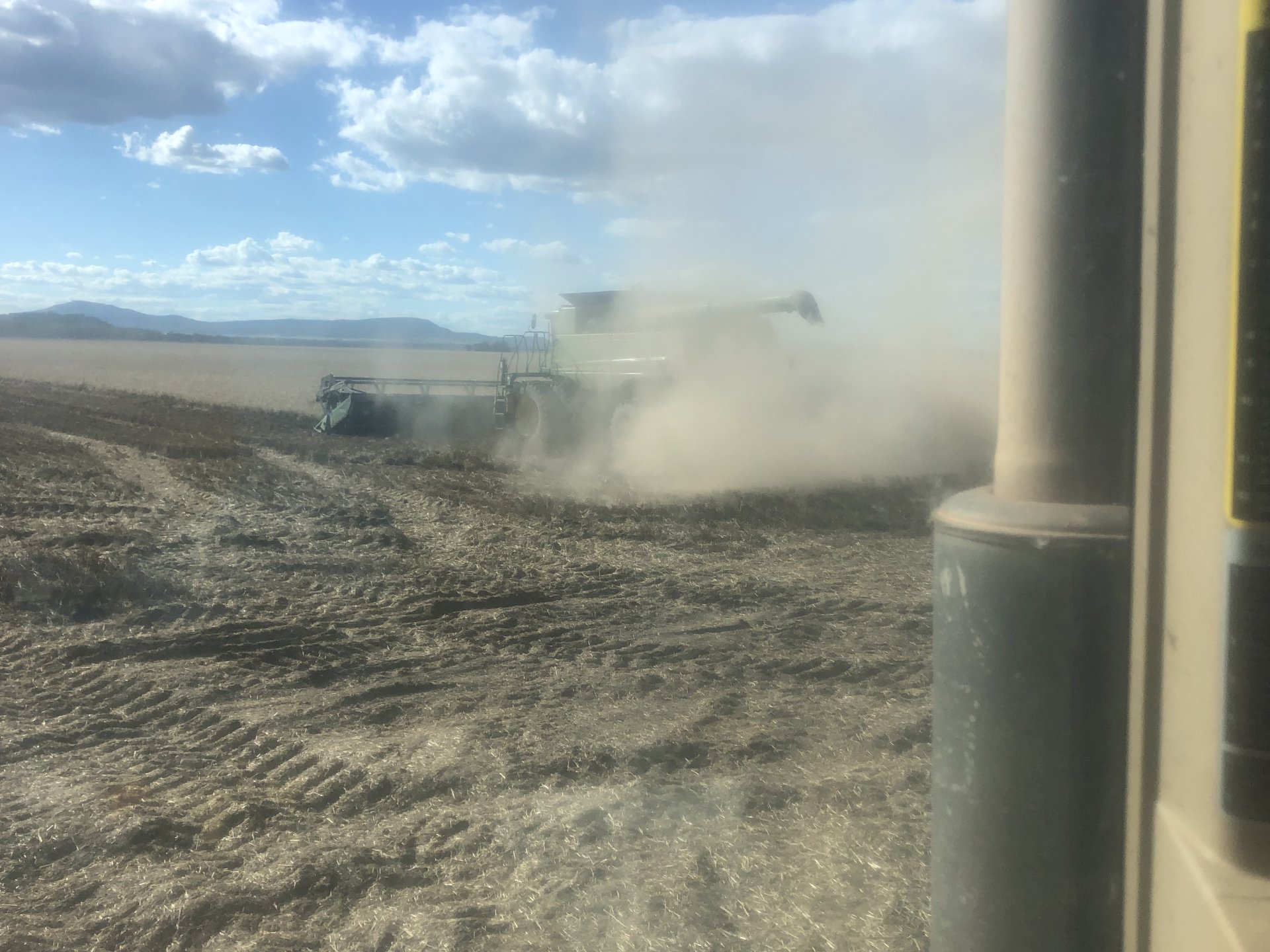 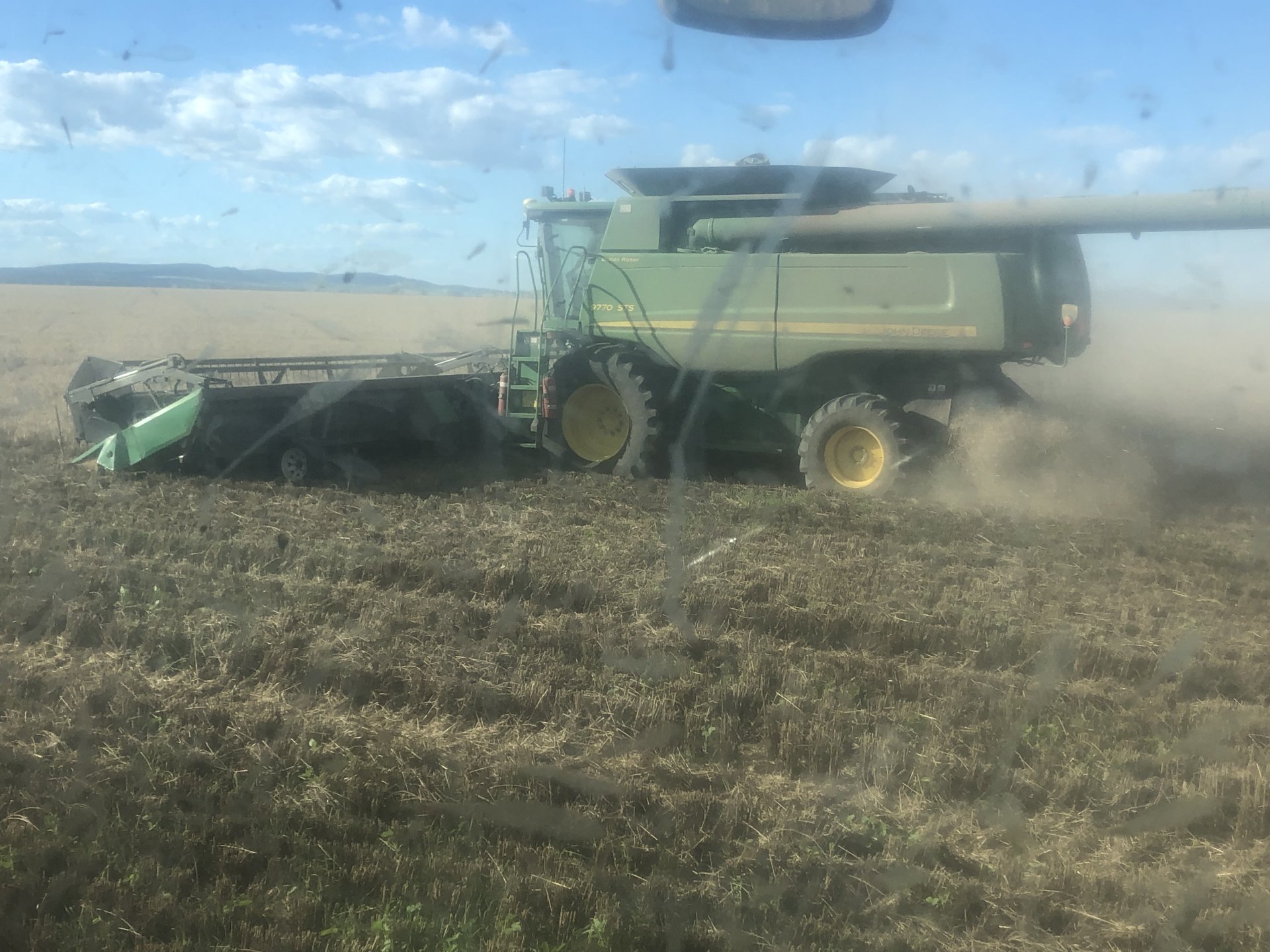 I wondered what you call the lump on the front, given that we call that part the header. I guess “fronts” is as appropriate as anything!