Steevo said:
It wouldn’t surprise me of you were doing more work per year now too!
Click to expand...

Million gallon a week most weeks. We are busy 11 months of the year anyway with just slurry

mtx.jag said:
Million gallon a week most weeks. We are busy 11 months of the year anyway with just slurry

Speedstar said:
That is a very good work rate for a 4 & 5" system you must put some big days in
Click to expand...

After first cut is the biggest push,normally 14/16 hours a day with reeling in and out,then make sure everyone has weekends off. Long as we are pumping 250k gallon a day it’s all good

Mother in law saw something on tv last week about growing phacelia in Cornwall.
She asked me if I’d thought about growing some Cecelia as it looked nice!

cows sh#t me to tears 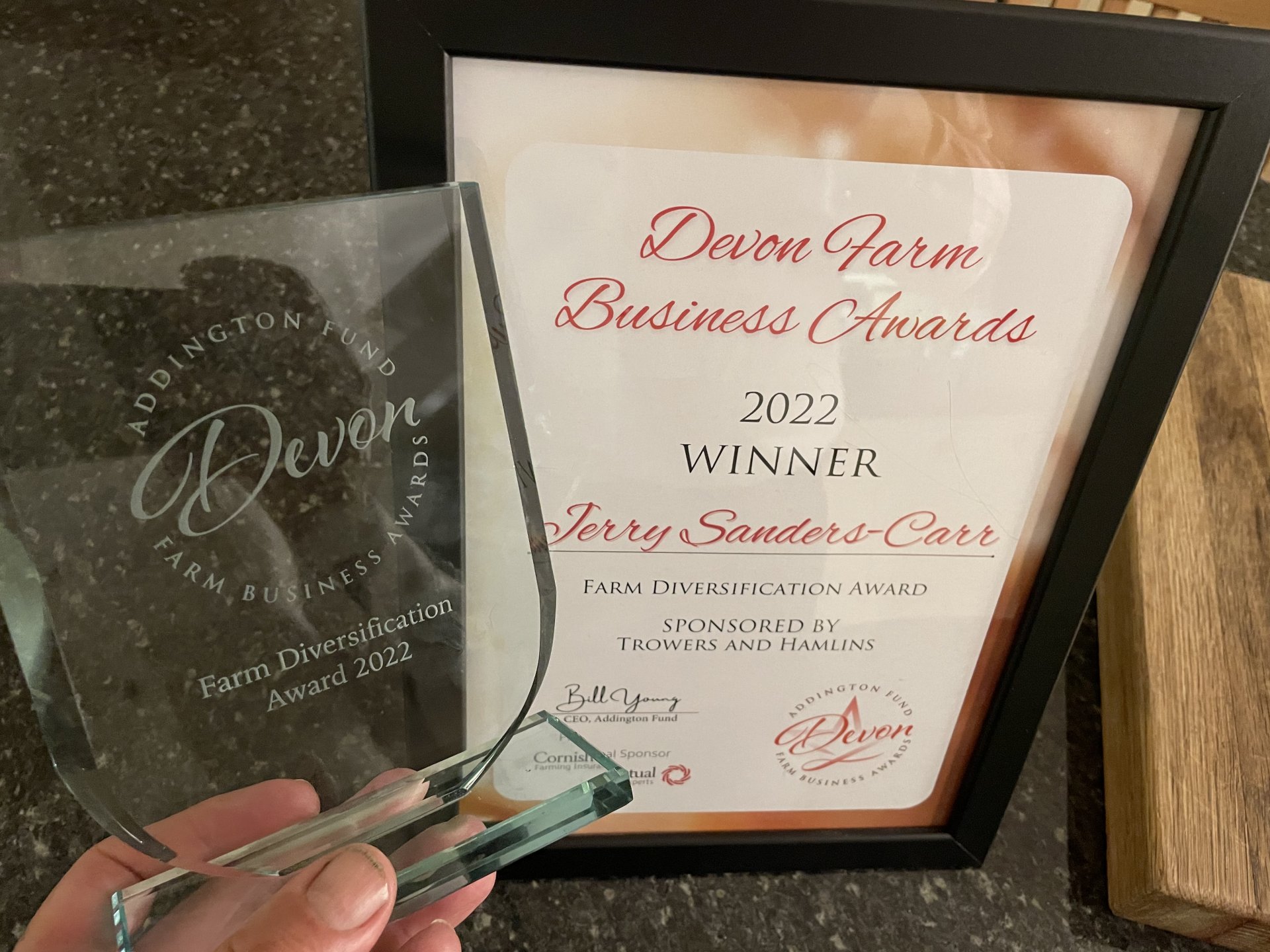 Congratulations, might I ask what the diversification project(s) is(are)?
H

Mur Huwcun said:
Well there’s nothing on TruckNet as of yet….
Click to expand...

More likely to be on 'traffic cops '

And last but not least converting the large farmhouse into a holiday let. With first guests arriving tomorrow in fact

Talking to the judges after receiving the award though they said the thing that swung it for me at the interviews was that I was insistent that whilst diversification is the right thing to do the core farm still must stand in its own two feet and drive forward as well. Diversification should not be the prime focus just another string to the bow.
Last edited: Jun 30, 2022

It was amusing when you were read out as a nominee for the Best Woman in Agriculture category.

Muddyroads said:
It was amusing when you were read out as a nominee for the Best Woman in Agriculture category.
Click to expand...

Yeah. That made me sit up as thought I’d missed something!!

Think a couple of glass of wine might have been consumed….

Muddyroads said:
It was amusing when you were read out as a nominee for the Best Woman in Agriculture category.
Click to expand...

Surely that is your wife…?!
J

Rather than try to compete in the silage bales hauling photos I thought something a bit different would do. As part of the process of moving towards retirement or selling up I am having a de-clutter and getting rid of anything I no longer use or things that are saleable. So I had a session sorting out antlers, there are people who buy in bulk but before just selling the lot I sorted a set out all from one stag. He was my best breeding stag in terms of producing heavy bodyweight progeny and although his antlers are good I have better ones. This is an array of antlers from his middle years; he was 15 years old when I decided it wasn't right to let him do another winter. 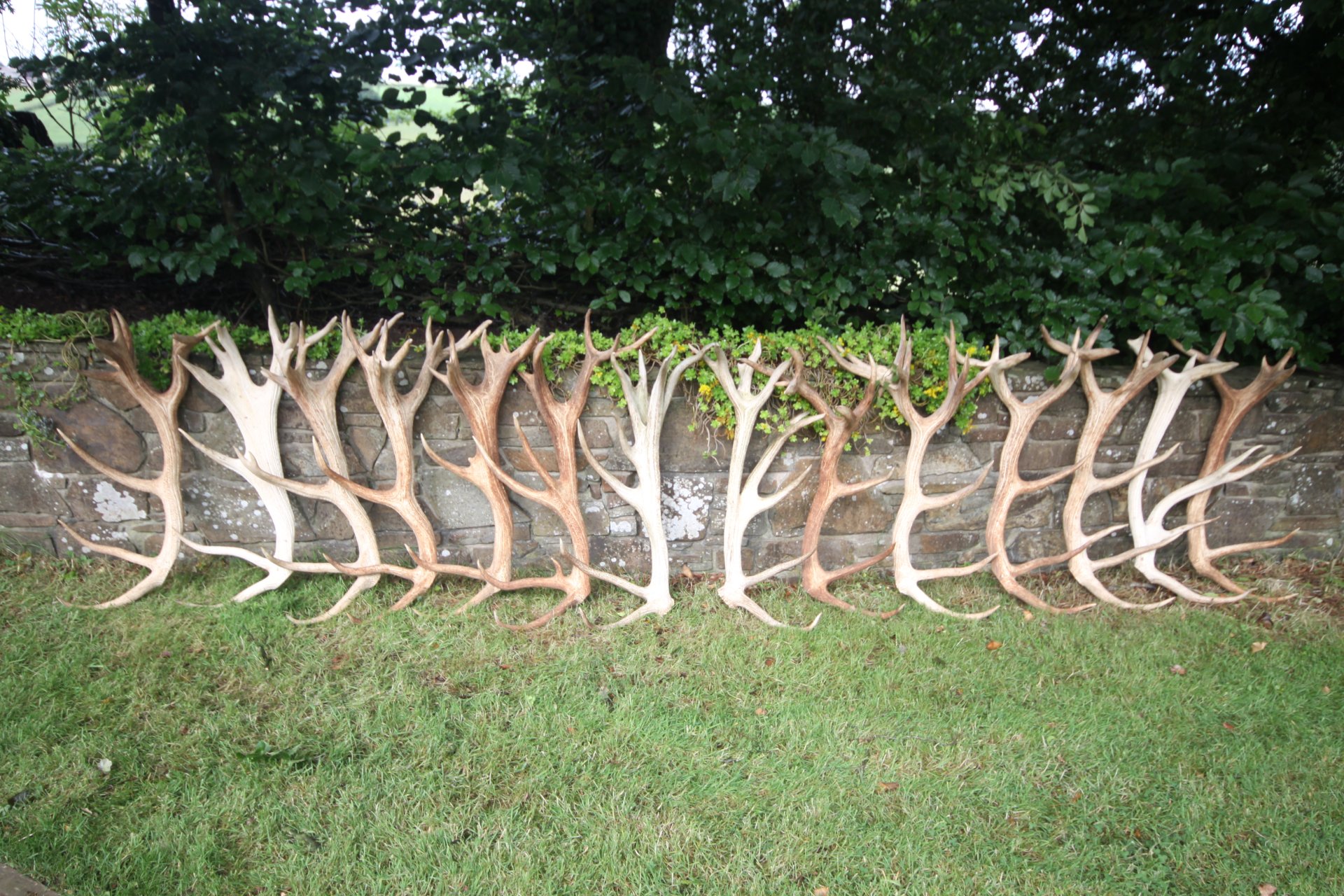 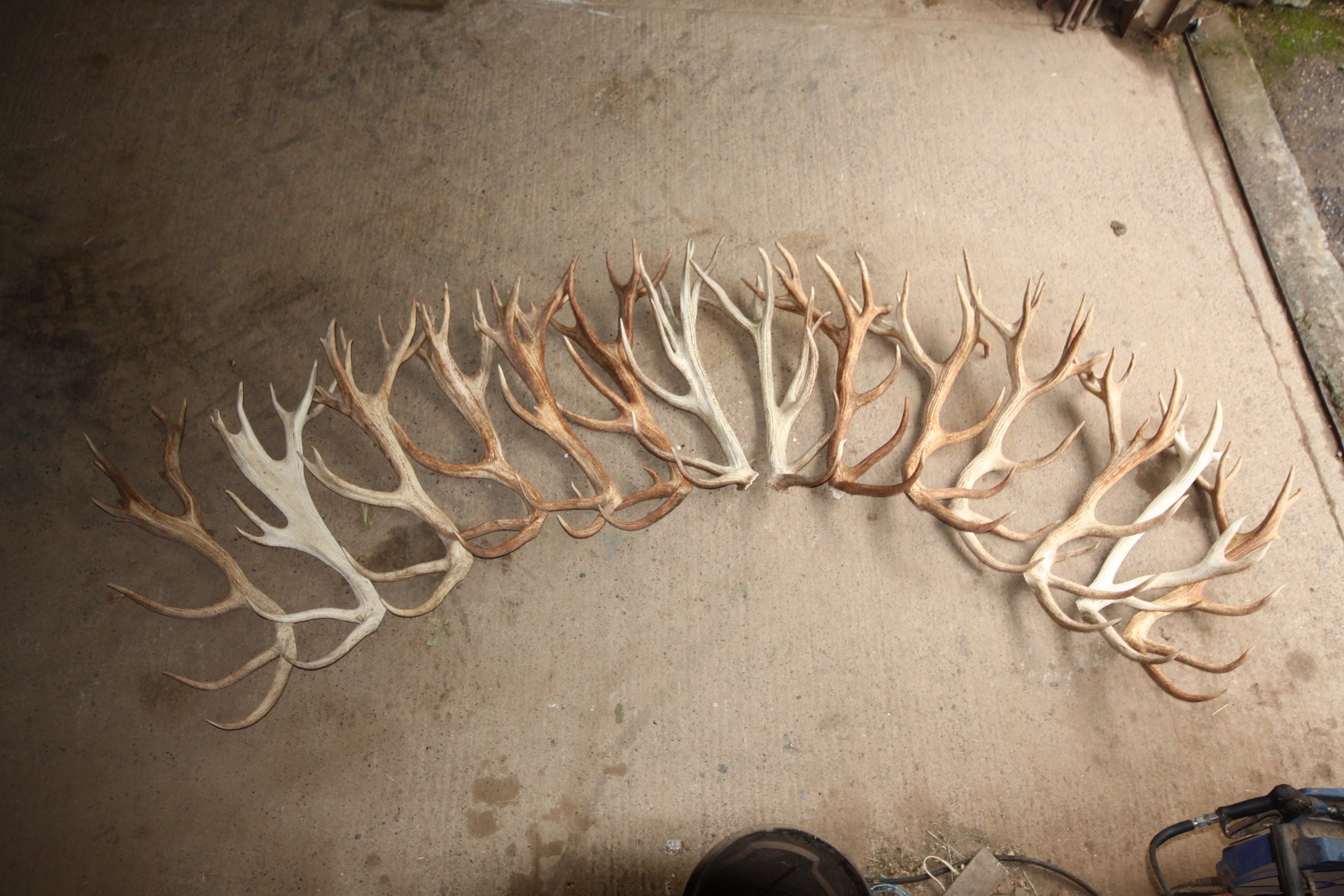 Another 2 pairs from a different stag. 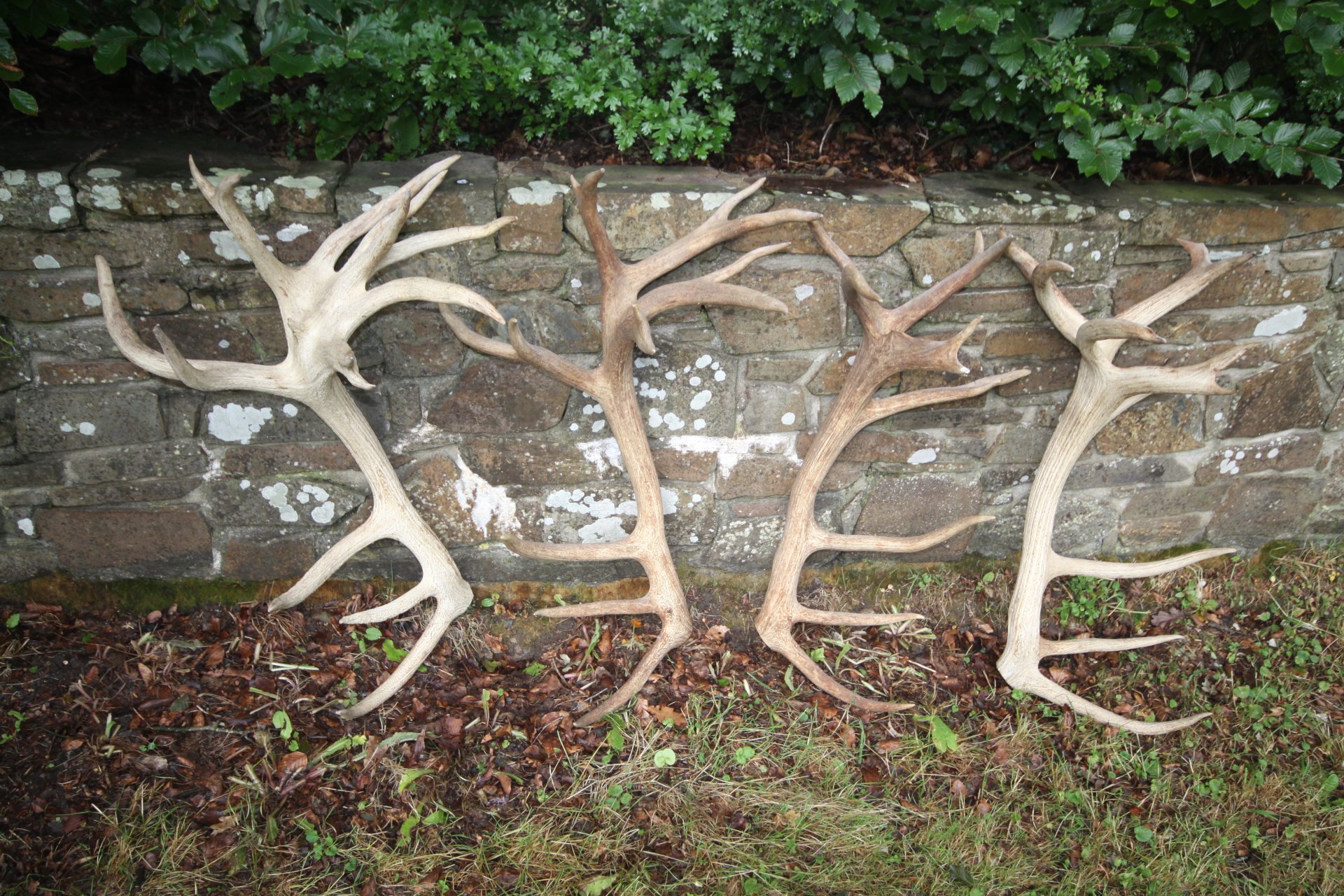 And 450 kilos of antler ready to sell. 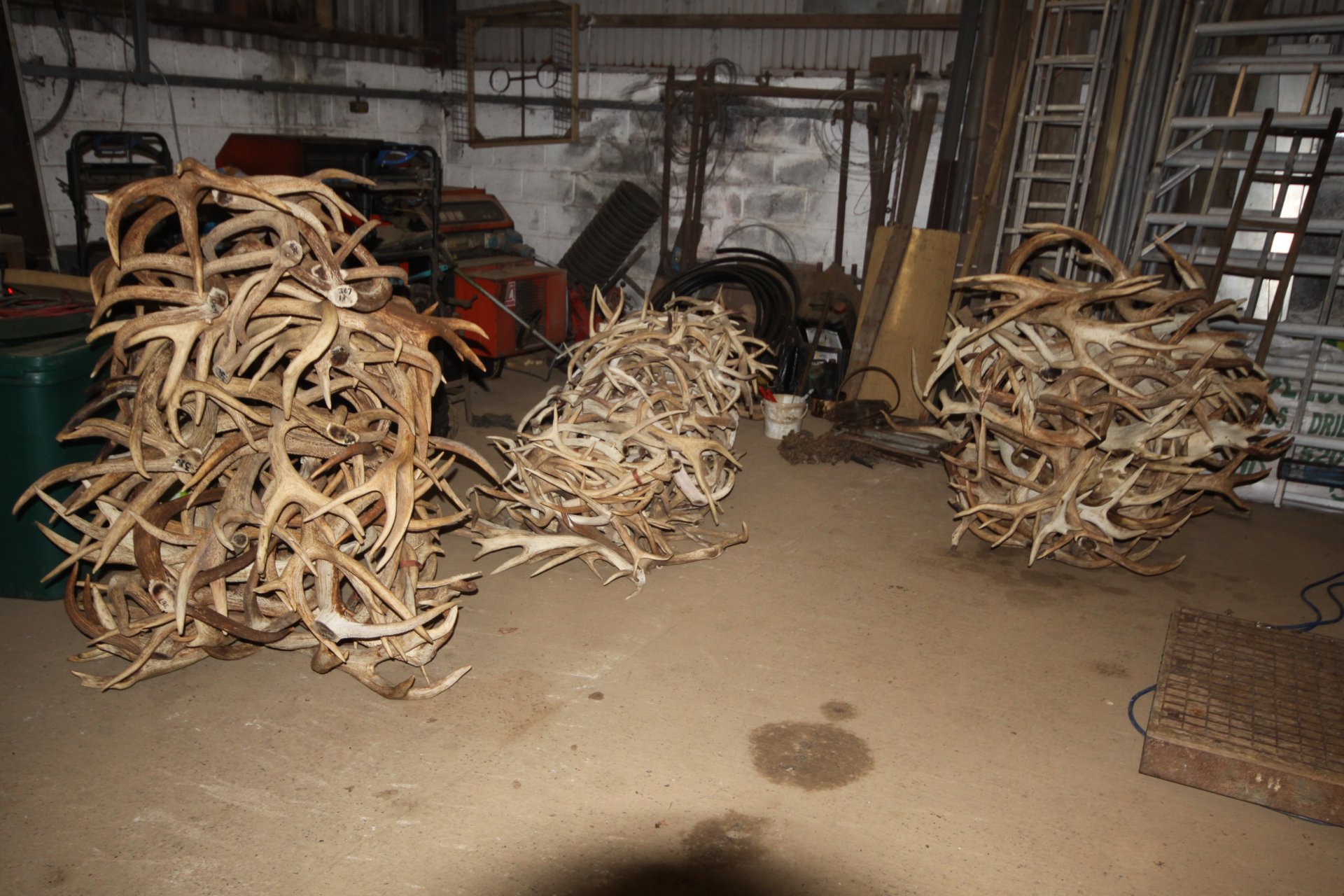 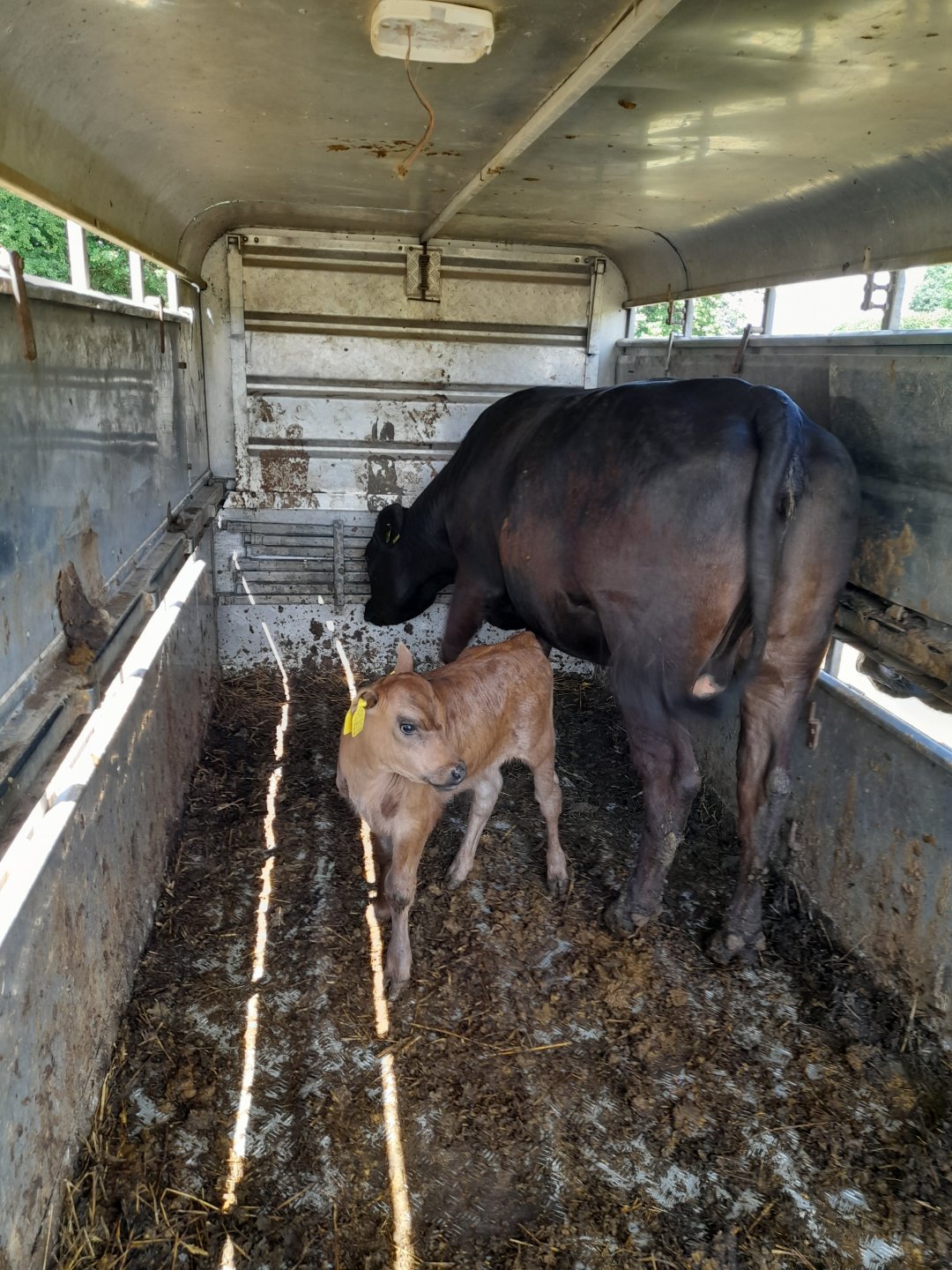 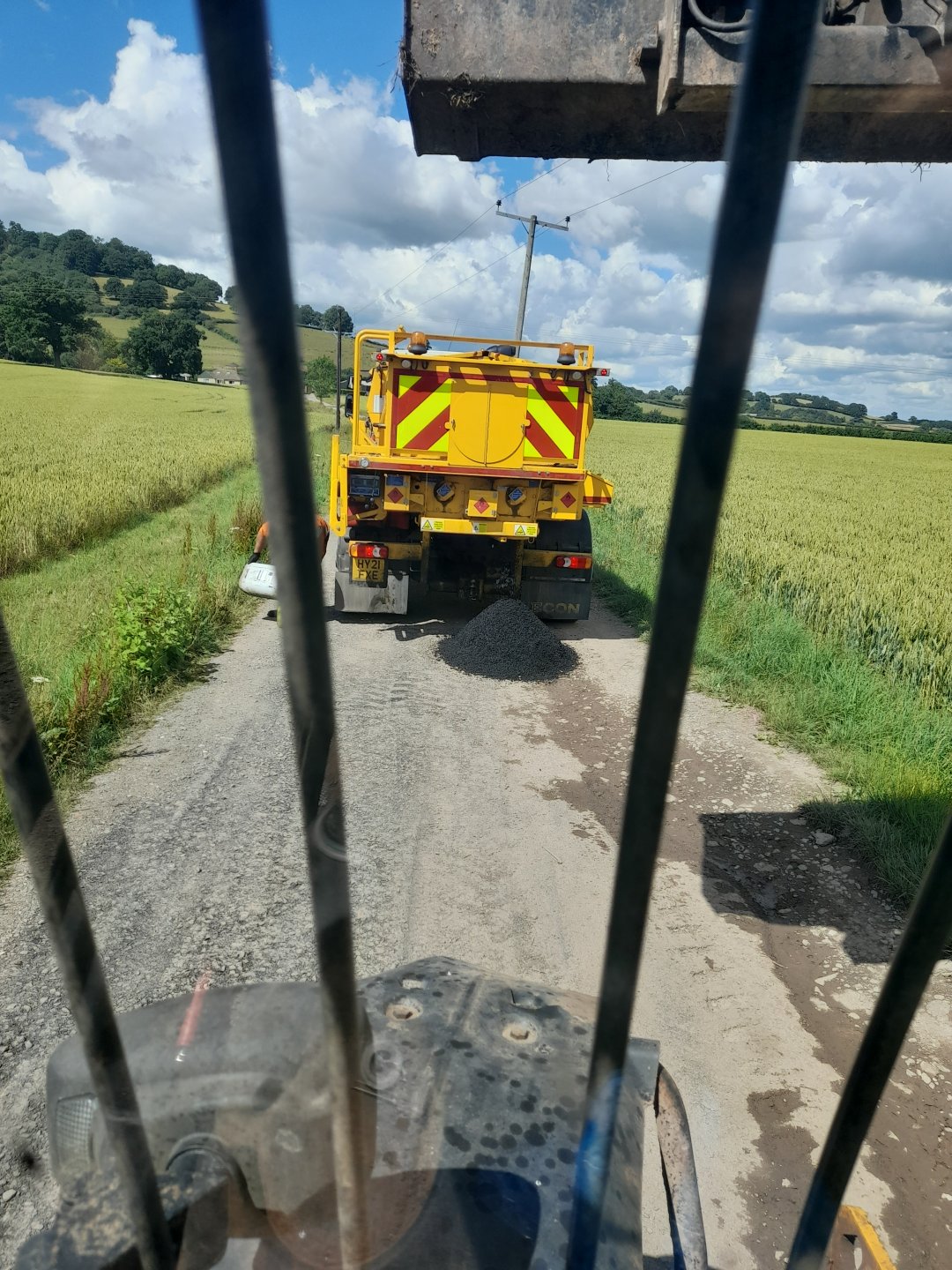 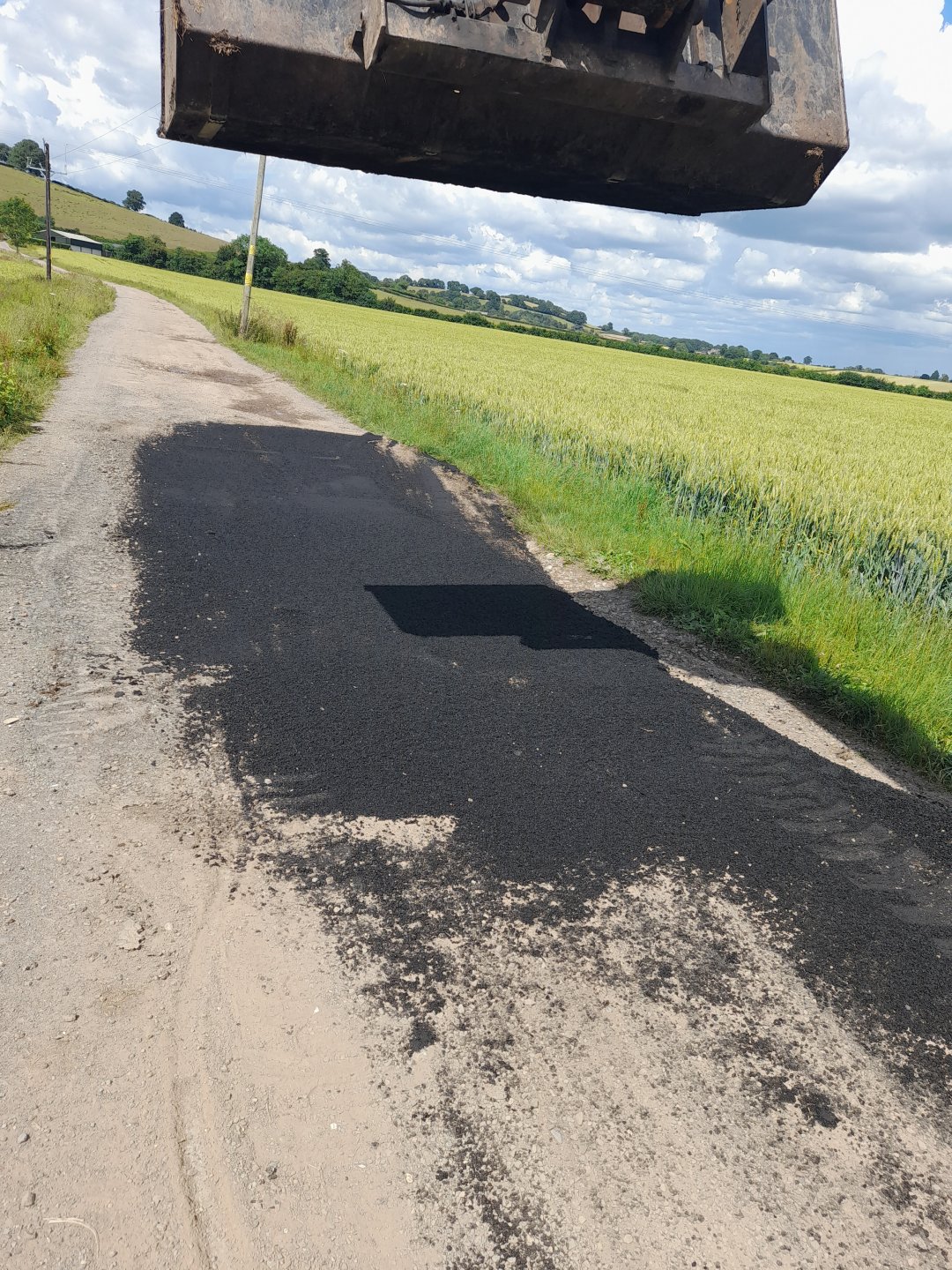 I know its Thursday, but I have a day off tomorrow

Last day of June!! Time certainly is flying when you are having fun, or fixing water pipes, or laying concrete or getting ready to pop to Cheltenham Racecourse for a wee bit of drainage.

Boss Man Chris took Dilly-Bob out of the workshop (kicking, screaming, sobbing, holding onto 6 packets of Digestives and 4 flasks) to lend a hand putting in a new electric cupboard ready for Western Power to lay their cables to.

I have to give credit where credit is due, especially with past experiences, mostly rating less than 20% on the fun scale. This connection has been simple, hassle free and the communications between us and their office people has been better than a naughty nun at confession! Western Power’s contractors turned up on time. . . . On a Monday morning!! Didn’t give any flannel, asked if we could dig a bigger hole as they have to “loop the cable”, told us exactly what they were going to do then cracked on and did it! Why, O why can’t all utilities be like this all the time?

King Kev and Cool Hand Luke have spent pretty much all week chasing water pipe leaks and putting in new water pipes. Not only that, but as reported last week, we are still getting a few calls from folk asking us to come and sort out their leaking water pipes!!

Boss Man Chris and Paul finished off prepping the drive at the veg packing plant and it was all hands-on deck for the concrete pour this morning. Spoke to the lads when they got back and early reports were all good and the job went well.

King Kev and Cool Hand Luke are spending the afternoon finishing off the backfilling of the last water pipe repair and then on to Stratford Racecourse to fit a new cover slab with heavy duty cover and frame over the buried / hidden manhole we found a few weeks back following the “tent peg blockage”.

Boss Man Chris and Paul are moving the last few bits of drainage kit down to Cheltenham Racecourse. A bit of a priority this one as the course needs the time to heal before the first meet later in the year. All being well we should be done and dusted in a day, maybe two. Not a big job we know but we have been working at Cheltenham for years (certainly the 20 odd since I started at DWC) and to be honest we like working there and are always happy to help out.

As you may have gathered it was Dilly-Bobs 109th Birthday earlier this week and being as it was his Birthday his biscuit ration was increased from, however many he wants and whenever he wants them to however many he wants and whenever he wants them plus Caterpillar Cake (courtesy of Boss Lady Jeanette). The sugar rush must have been too much for him as he struggled to grab another mug this morning!! Apparently his chubby little “designed by hammers and other things he has dropped on them” fingers were just too big to go through the handle and he pushed it onto the floor!! I definitely am ordering from Mothercare this week for him. . . we are running out of mugs!

Been a brilliant weeks lads, thanks for the all digging, shoveling, concrete raking, and the laughs that come with them. Have an awfully fabulous weekend and see you all again Monday, fighting fit and ready frolic. ‘Till then, stay safe and stay smiley

.....lad that dropped a bit of tarmac off was telling me that their JCB/ minidigger drivers are on £40 before stoppages . The boys using the shovels and picks and suchlike are on £25 .......what on earth are we doing wrong messing about with a few cattle and sheep and getting bugger all except grief off the public for our efforts . 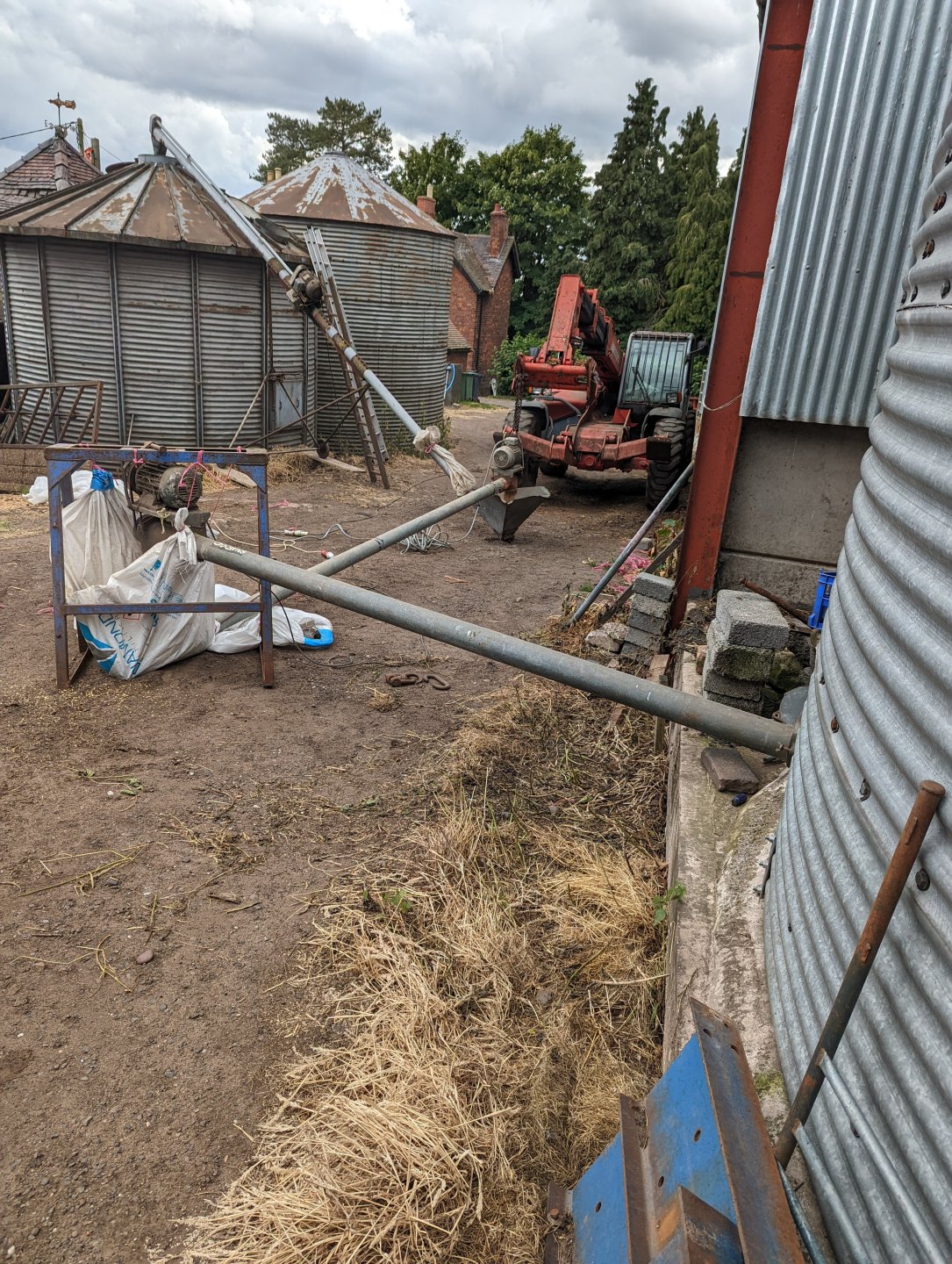 Hfd Cattle said:
.....lad that dropped a bit of tarmac off was telling me that their JCB/ minidigger drivers are on £40 before stoppages . The boys using the shovels and picks and suchlike are on £25 .......what on earth are we doing wrong messing about with a few cattle and sheep and getting bugger all except grief off the public for our efforts .
Click to expand...

Don't tell me it's making you think twice about making all your hay?!?!


Or is that a hobby?