Araglin is a small village community nestling in the folds of the Knockmealdown mountains, where the three counties of Cork, Waterford and Tipperary meet.

Over the past few years it has become more widely known amongst the classic tractor community thanks to the efforts and generosity of Jackie Hoyland, a local farmer who runs a suckler herd just above the village.

Every year he invites a group of his fellow enthusiasts along to help with his silage, which is taken from two fields immediately adjacent to the farm buildings, and Agriland went along to view the spectacle.

Last year saw the cancellation of the event, and so there was some concern that numbers would be down for this year’s gathering. However, as it happened, over 30 tractors turned up, including a group who drove from Northern Ireland.

Most of the machines hailed from the 1970s and 1980s, a popular period with collectors as these tractors are small enough to be transported and cheap enough to run, while still being capable of handling modern implements.

Not that the implements present were modern, they all belonged to the same era as the tractors.

See the classics in operation in the video below.

It is true that trailed harvesters are still in use and even in production, but the baler and self propelled harvester have displaced the older single and double chop harvesters, and it is these which were in use on the day.​

Opening the field at Araglin​

The drivers were eager to start the day’s harvesting and it didn’t take long for the trailers to fill with the first loads from the various harvesters.

With a predominance of single and double chop machines, the grass could be cut and loaded in one operation rather than be mowed and then picked up.

With crops getting heavier and wilting becoming recognised as an important part of preserving the nutrients, the practice of direct cutting faded although the harvesters could still be used on a swath. 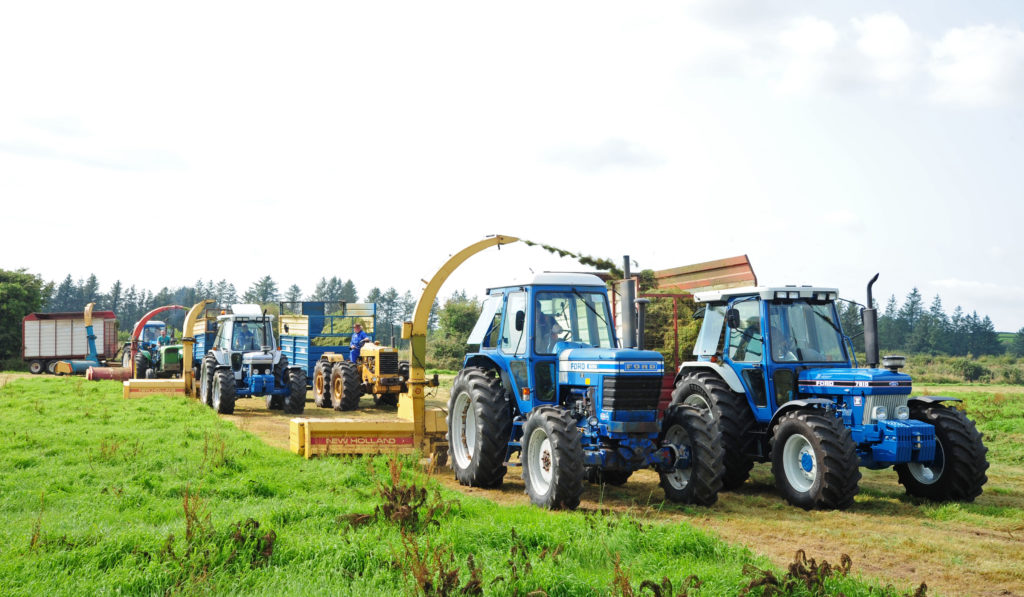 Designed by County and built by Ford, the 8200 is well matched to a New Holland double chop. 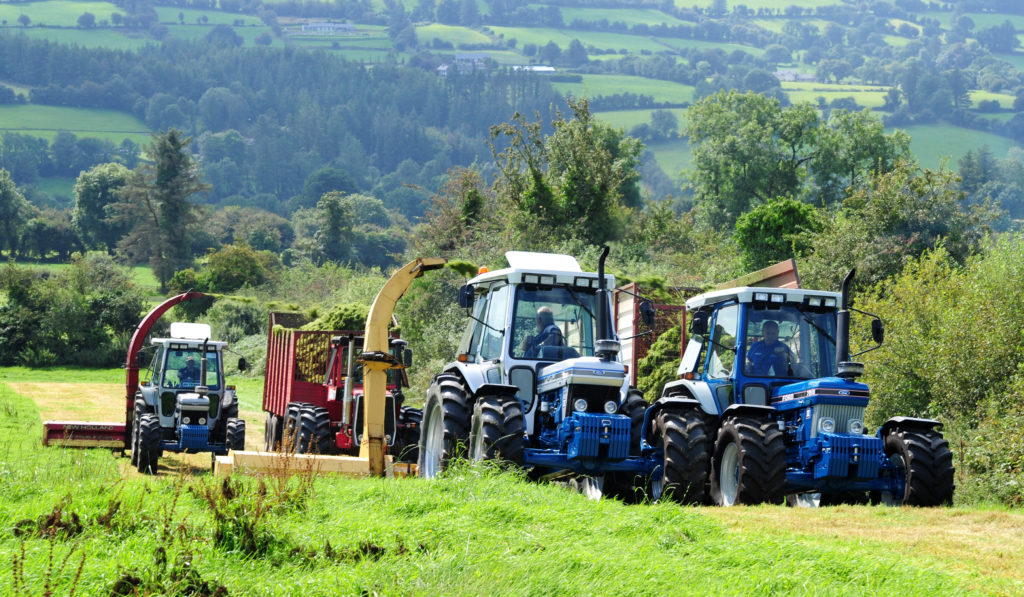 A fine brace of Ford 7810s lead the charge up the hill at the start of the day. 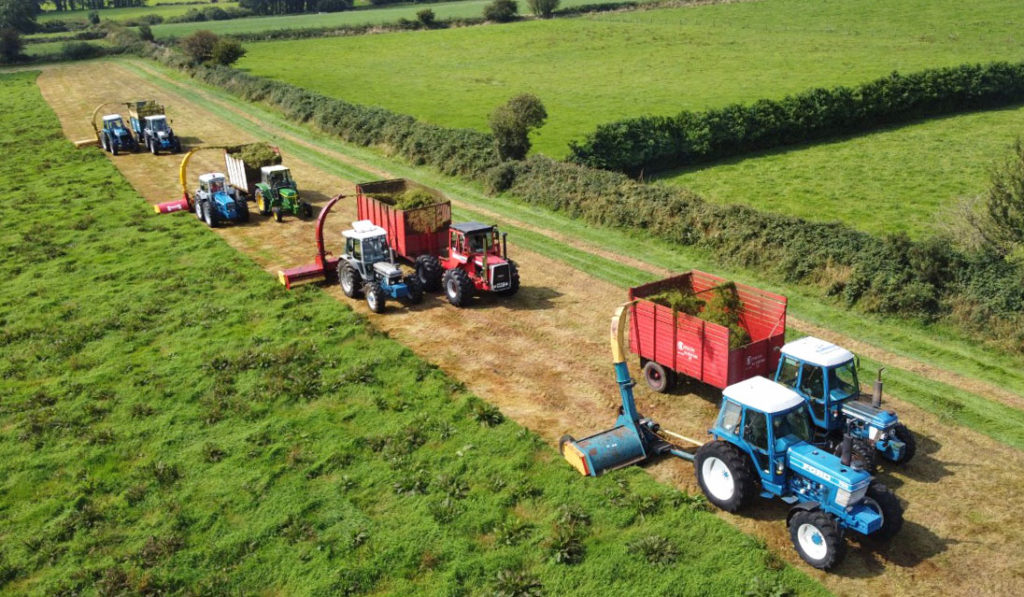 ‘Tractors red give us bread’, went the slogan in Sweden when the factory staff at Volvo learnt of the sale to Valmet.

There were no Volvos present on the day, but the sentiment remains applicable to all tractors as they remain vitally important in feeding the world, and look to remain so for a long time yet. 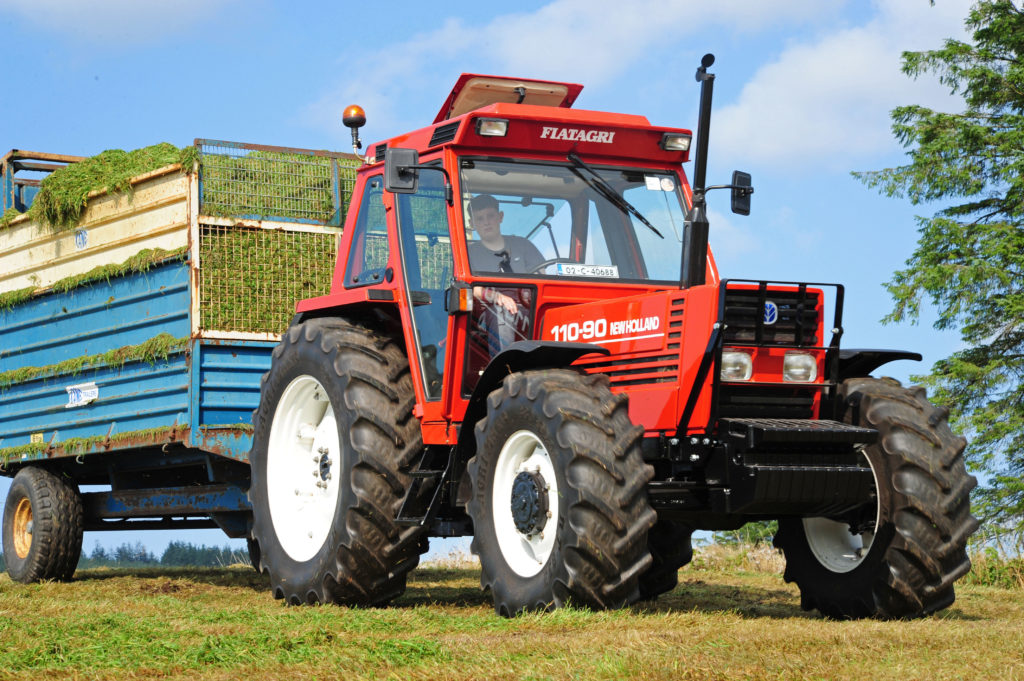 1993 saw the Fusion of Fiat and New Holland and for a time Fiat tractors sported the New Holland badge and Terracotta livery, as modelled by the well restored 110-90. 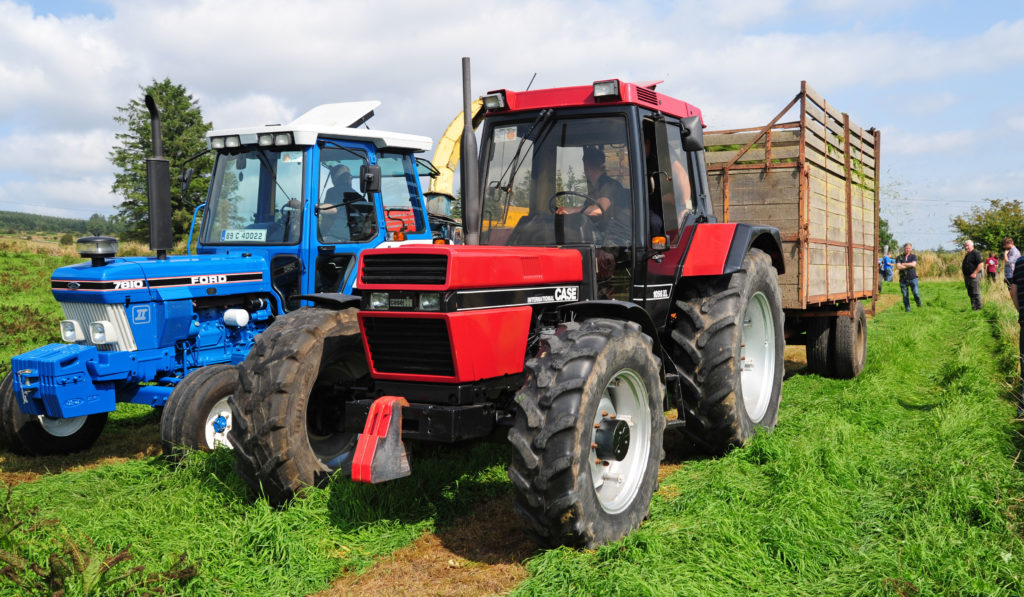 Bullet proof engines were the hallmark of Case tractors and the 6 cylinders of the this 1056 are ample proof of that. 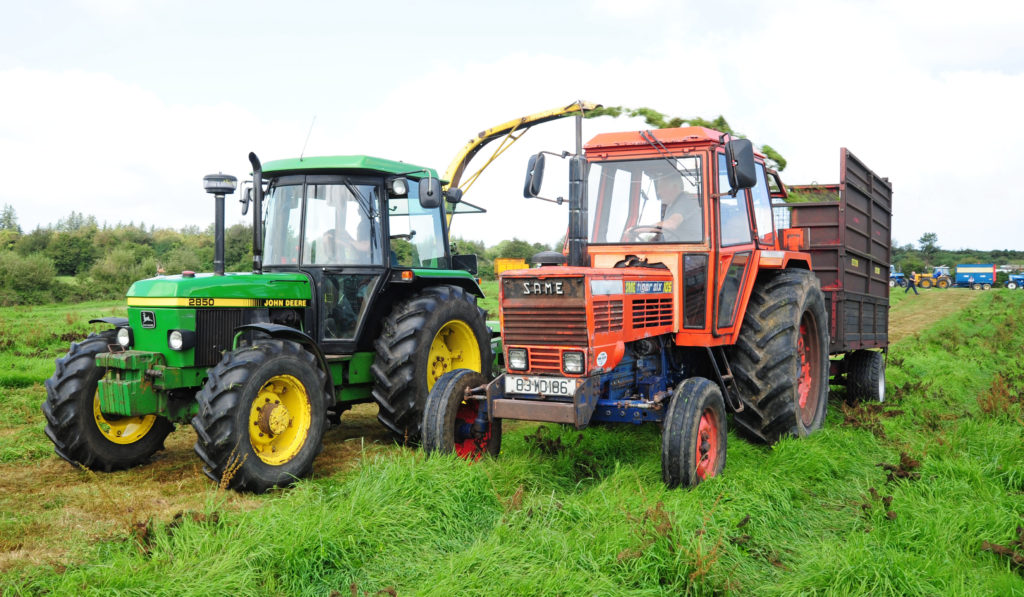 Fiat were not the only tractor makers in Italy, SAME were also succesful manufacturers and its Tiger Six 105 could hold its own with any other six cylinder tractor.

Ford tractors and derivative models are always popular and they were well represented on the field.

The fact that they were, by and large, the first make that conversion companies turned to, speaks volumes for their perceived durability.

The six-cylinder 401 cu in engine in particular, is one of agriculture’s great unsung heroes; it started off as a humble industrial engine and was powered up to 187hp in the TW35. 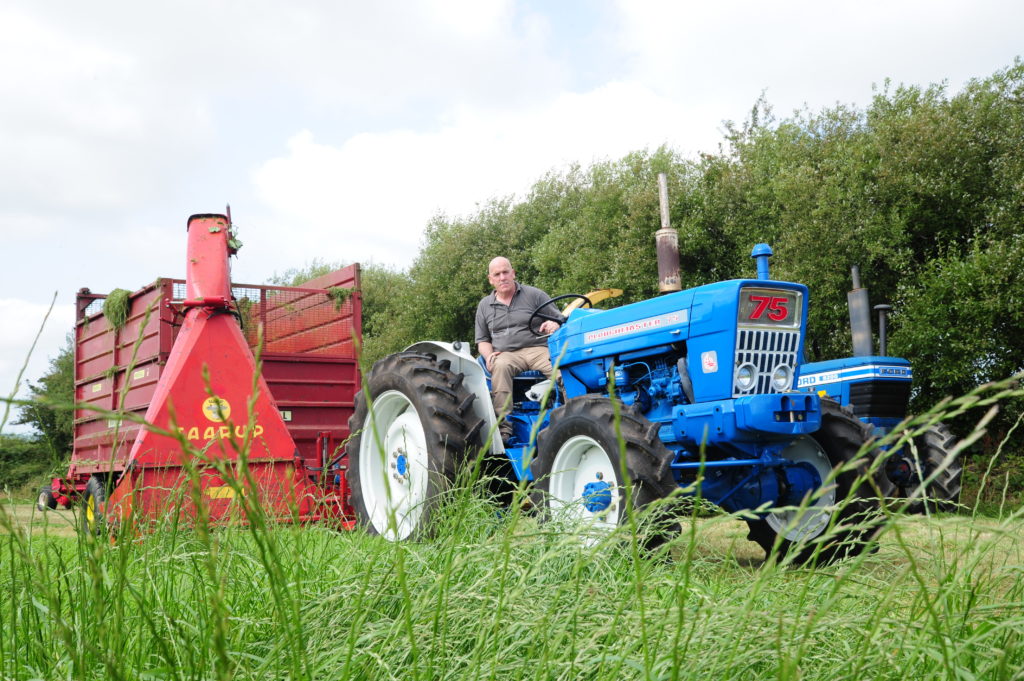 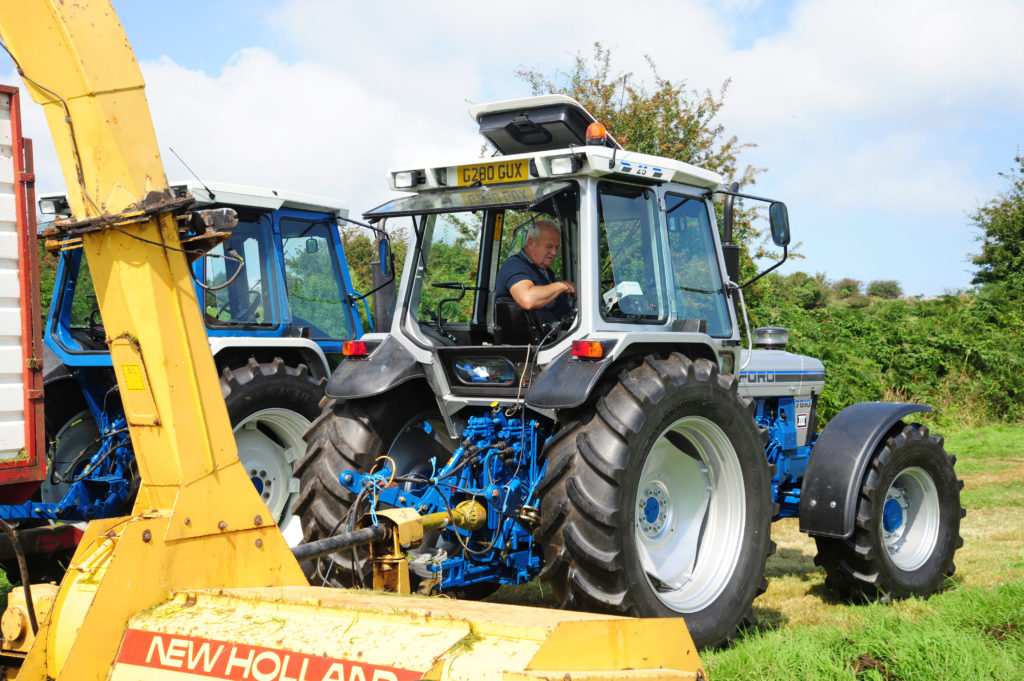 The Ford 7810 Silver Jubilee was was a hi-spec model built to commemorate Queen Elizabeth 25 years reign. Selling slowly at first they are now highly sought after. 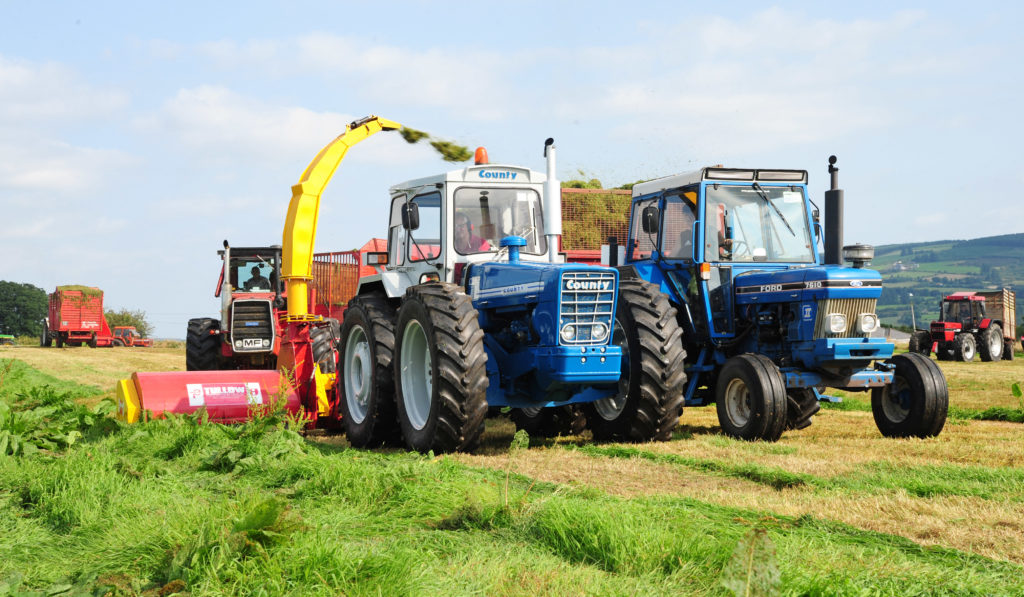 This very nicely kept County 1164 is a regular visitor to Araglin.

Four-wheel-drive was just coming into fashion in western Europe during the 1970s and 1980s, as the Anglo American manufacturers woke up to the fact that an abundance of power is wasted, if it can’t be applied to the ground.

Big sets of dual wheels might suit scratching the prairies, but were of limited value in Europe where the mounted plough dominated primary cultivation.

It’s no accident that the factories in Eastern Europe, isolated from American influence, pioneered four-wheel-drive from the 1950s onwards. 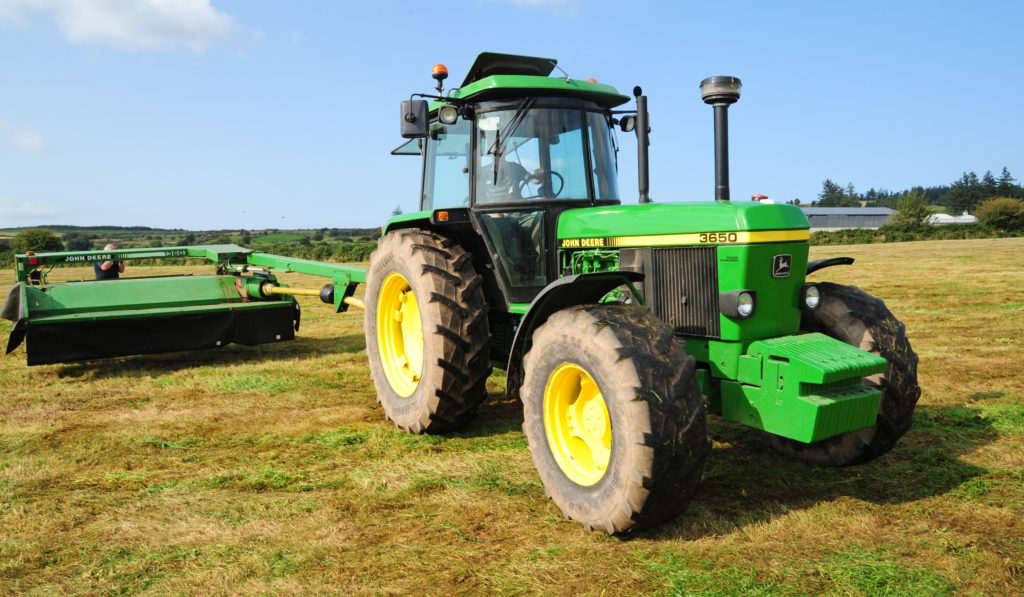 This John Deere 3650 travelled all the way from across the road, where it still earns its keep. 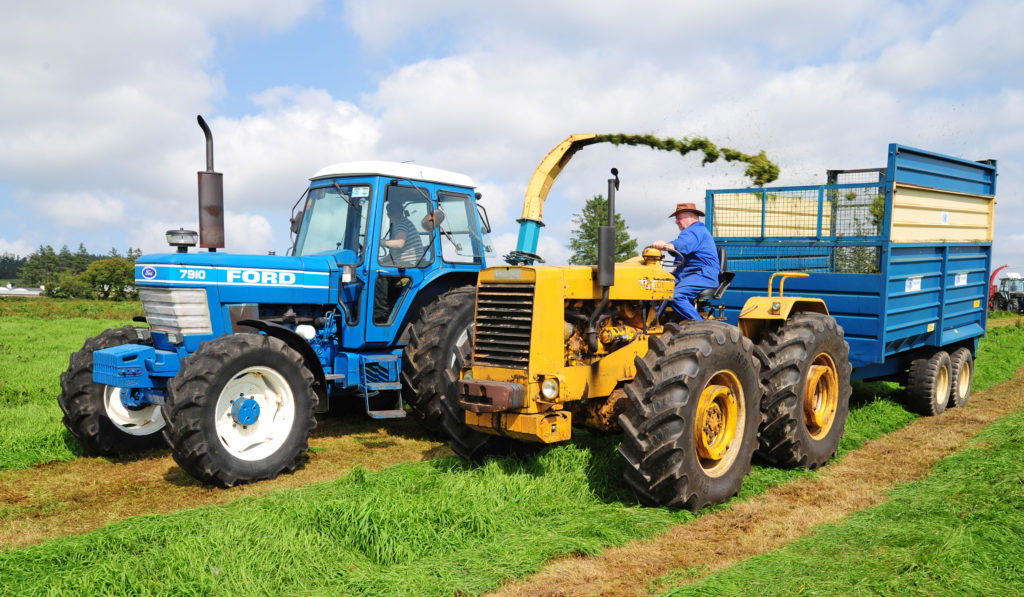 This Muir Hill 110 started life on a celery farm in America and returned for a full restoration, except for the Caterpillar yellow paintwork. 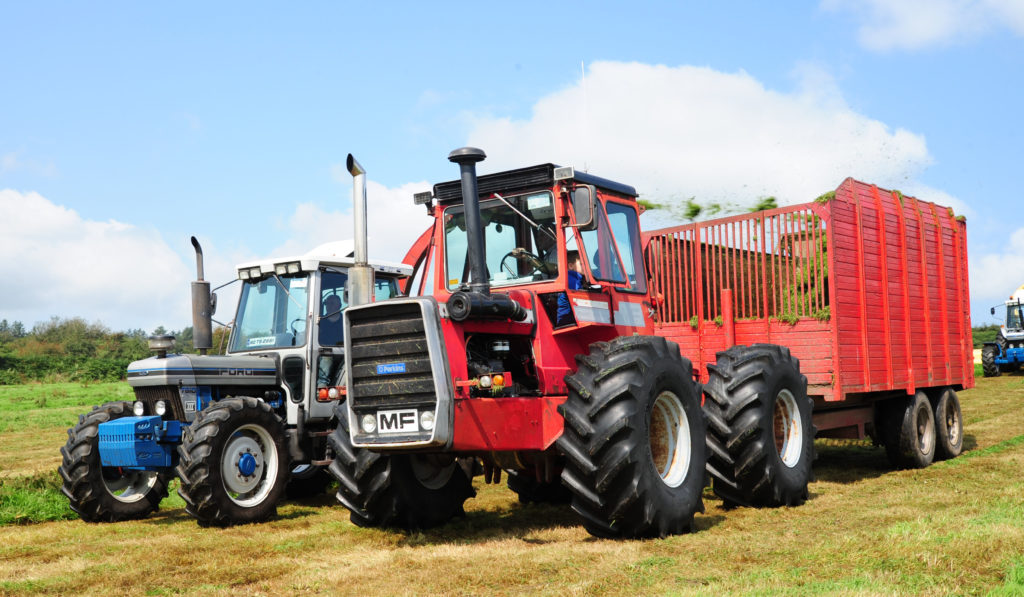 The Massey Ferguson 1200 was a big tractor for 100hp, and still impresses today.

It’s all about the people​

The tractors may be the draw, but at the end of the day it is all about the people who lovingly care for them that underpin this event.

Tractors are a hobby and interest to many and days like this bring them together to share that passion and maintain this hugely important legacy. 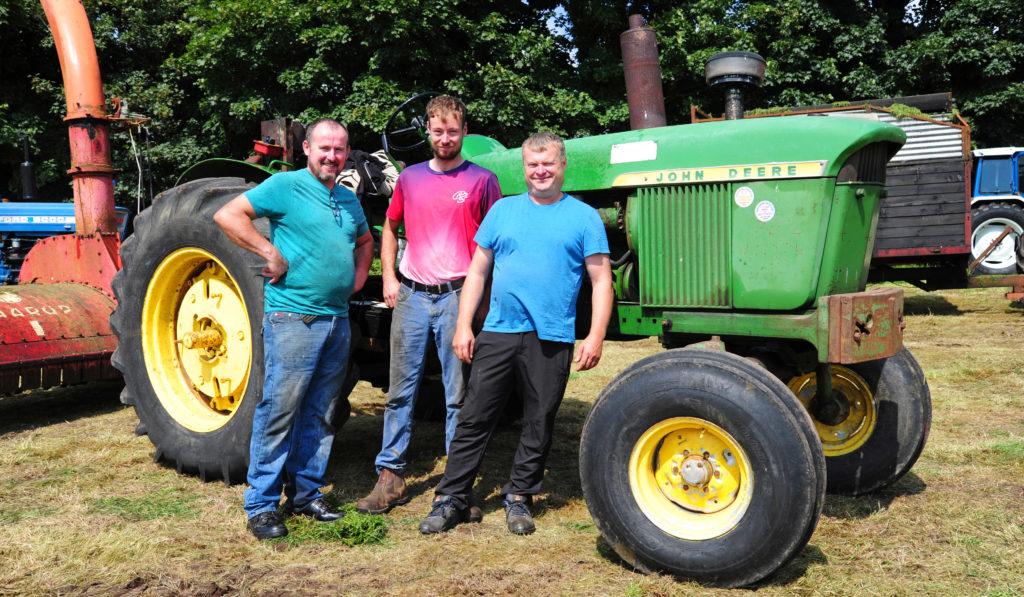 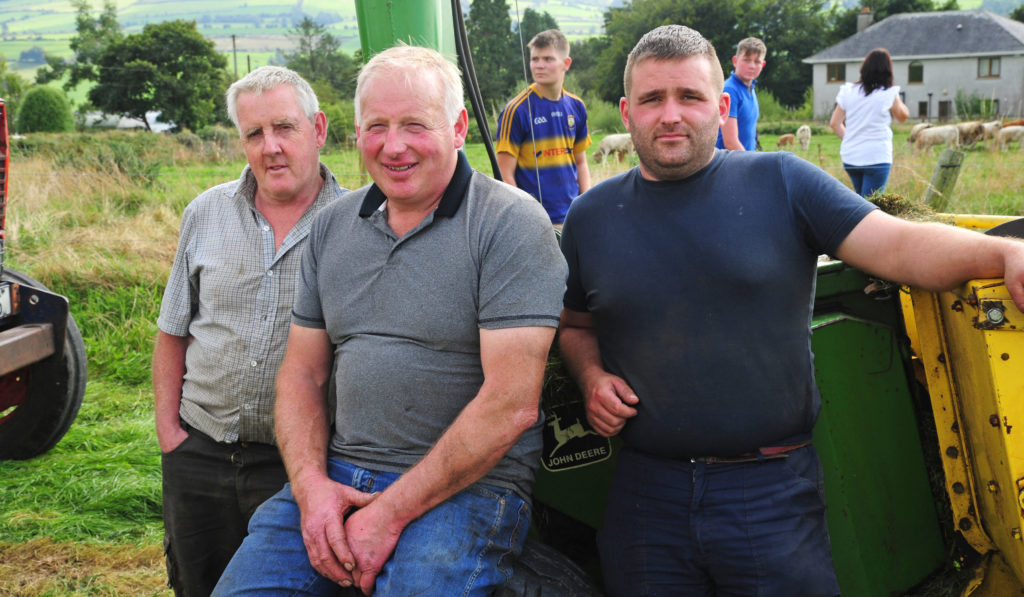 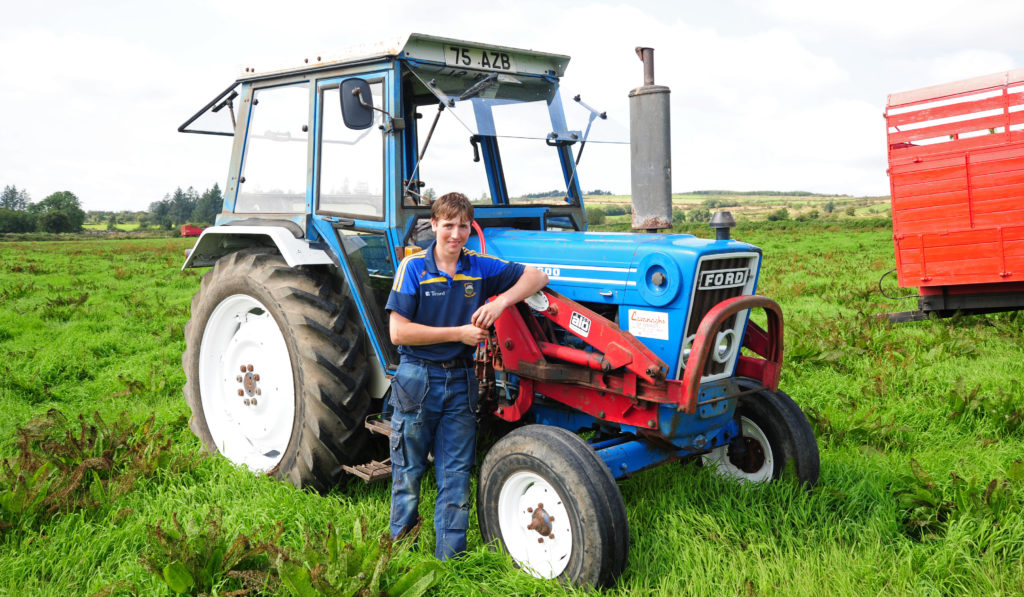 Dan English is now the proud keeper of this working Ford 6600 which he inherited from his grandfather.