What cultivator (excluding Top Down types) do you use to "One Pass" cultivate Over wintered stubbles ready for drilling.

Using this vaderstad opus at the moment, great bit of kit. Loads of point options and at 7m you can really cover the ground 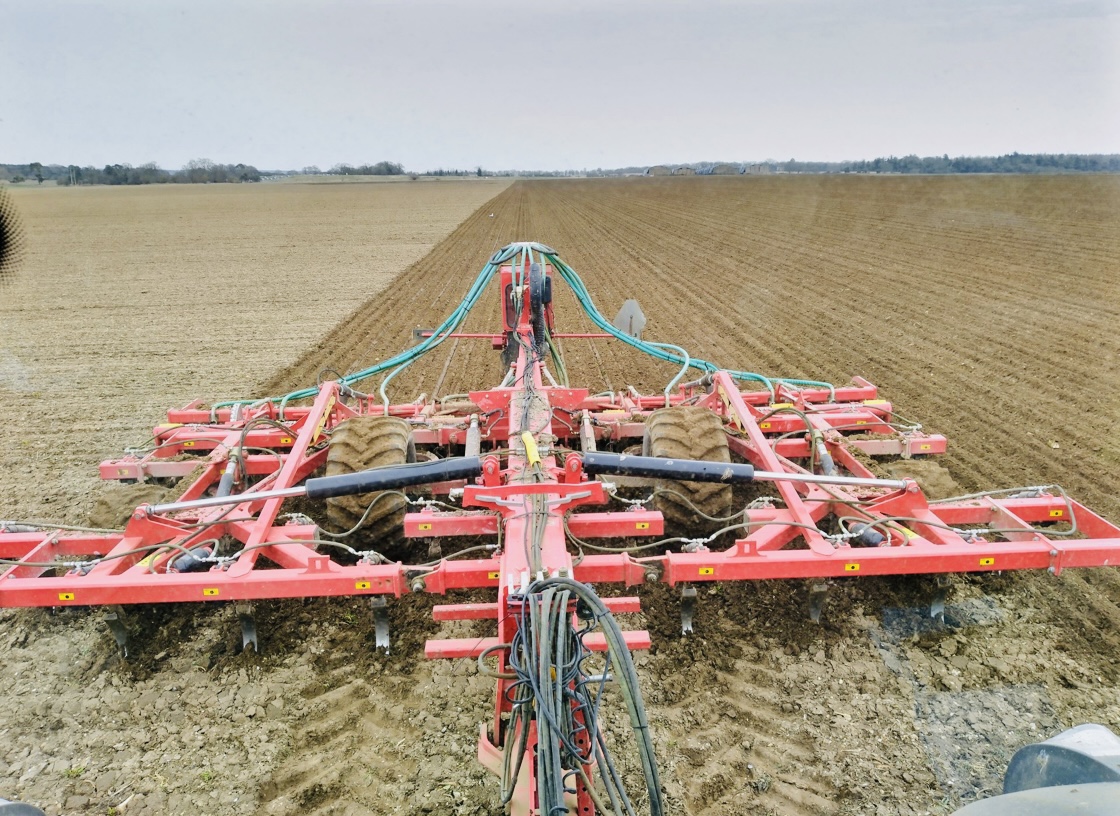 In spring I'd only dare use a time if anything. Terano, or just a plain pigtail.

Over wintered stubble comes up like sh1t on our ground, then it either stays like shyte or dries like concrete.
We always move the ground in the autumn if we want to establish a spring crop.

snarling bee said:
Over wintered stubble comes up like sh1t on our ground, then it either stays like shyte or dries like concrete.
We always move the ground in the autumn if we want to establish a spring crop.
Click to expand...

cant if its part of an HLS agreement.... Plough it has to be & right on the date which was the 15th of Feb i had the 25ac all ploughed that day.

snarling bee said:
Over wintered stubble comes up like sh1t on our ground, then it either stays like shyte or dries like concrete.
We always move the ground in the autumn if we want to establish a spring crop.
Click to expand...

some of mine did plough up a bit wet & nowt its drying out v well but some rain midweek will just put things on hold a bit longer, it will help it tho.
Patience Patience it will come right

Brisel said:
My name is Brisel and I use a plough. Then a power harrow & drill.

3 hail marys and a month's abstinence.

Well, it will take a month to dry out first anyway!

Can't beat a Wil-rich for getting some air into over wintered ground. We don't do much in the spring but it's all done now. It all had a pass with the wil-rich (thats got to be 30 years old) and then Vaderstad Rapid. Even better its now had a rain on it, it was getting a tad dry here.

A Vibroflex has made a good job here in some springs. Some times I have found the Techmagri Profilab to give a bit of lift very beneficial.

I’m interested to see what others have done/are doing apart from ploughing.

We use a Kuhn power Harrow on our heavier ground straight into the stubble with Optimix tines that penetrate the ground well. We go about 10kmh with a low rotor speed so it does not over work or pan the soil. We find the p/h a very flexible cultivator but it needs to be managed sensibly to achieve what you require without damaging the soil structure. I think it is a much maligned tool because it is too easy to damage your soil with, you have to ask yourself what you are trying to achieve and then check whether your are achieving it and be prepared to stop and change rotor speeds if you are not achieving the desire outcome.

Deere 6430 said:
A Vibroflex has made a good job here in some springs. Some times I have found the Techmagri Profilab to give a bit of lift very beneficial.

I normally run through the Spring ground in the Autumn with a Weaving Subdisc, leave it cloddy and let the weather do the work, then when dry in the Spring bang it in with the Vaddy. This year quite a lot of it has capped in places so I got the old Blanch cultivator out, such an underrated bit of kit, very soon dries out and then ready for the drill.
It's only 3m but does the job, did think to make a wider folding one with three rows of tines, the only downside is if there is some heavier clay fields and you really need to go over it twice or ideally three times but on brash it is quick simple and very cheap to run

Plough, press, drill here today this has had digestate 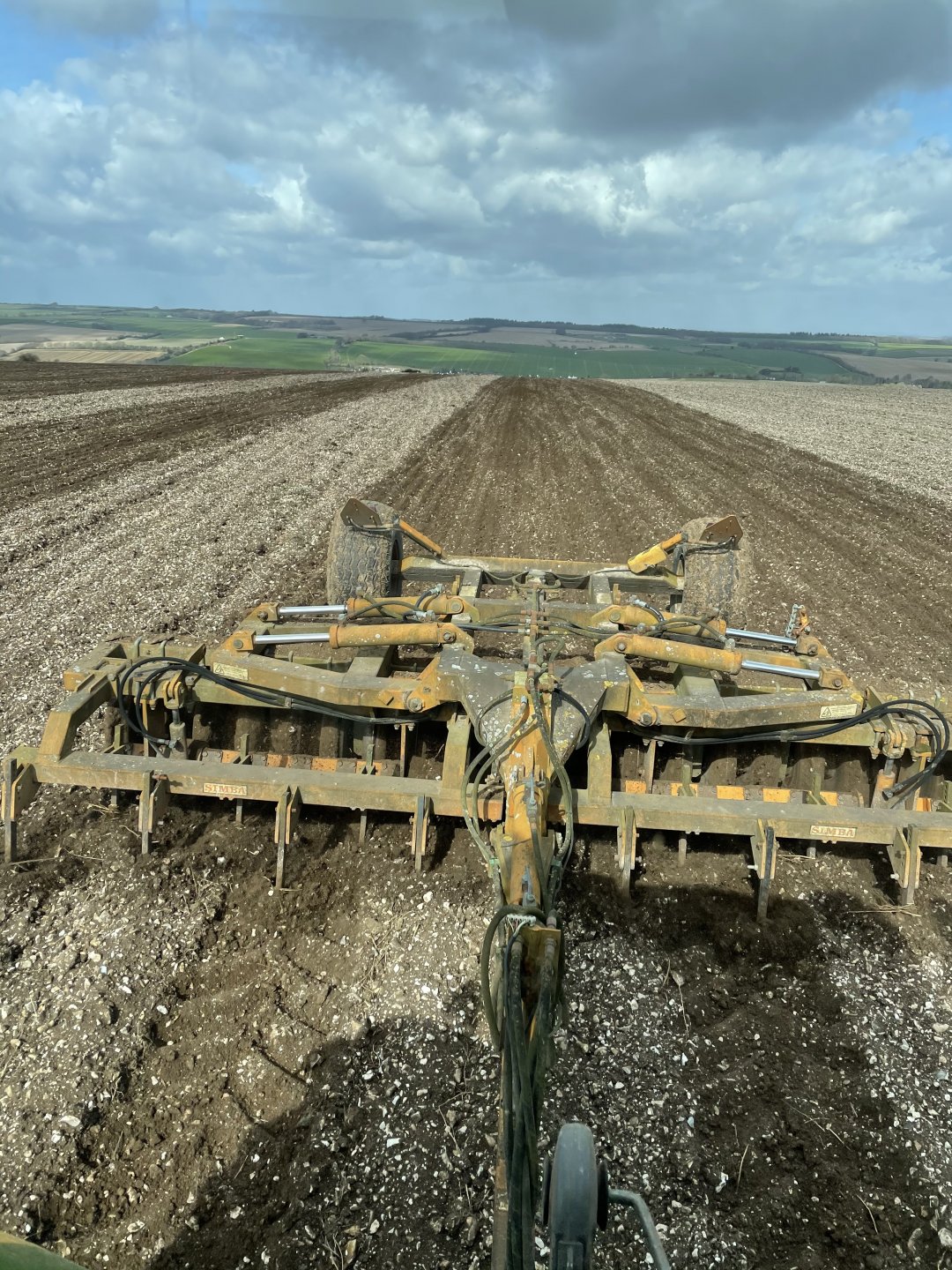 Think dad will do twice over with a blench pigtail drag at angles. Then out with the freeflow.

Only thing that works here is a plough.
Our soil is wet and slumped after winter time, tried the cultivation method last spring and it needed several passes to get it dry enough for the combi drill.

I have all my stubbles to start to get ready now . stubble going into linseed then we will lightly trio , cultipress and then drill if conditions are favourable , if its a bit clatty then I might put the power harrow over instead of the cultipress .
I also have ,,,,,,,,,,,,,,,,, a acreage of ground which was going into winter beans which was fallow last year ,,,,,,,,, I know shame on me , they should of gone in mid oct but we were committed to drilling wheat that dry spell and when the weather turned that was us buggered , this land is sitting quite nicely after being bust up last summer with a trio , it will need something to break it up but not sure yet ,,,,,, we have been looking for something with tines to open ground up in the spring as sometimes the trio is a tad overkill and to heavy ,,,,,, this land will now be going into S Barley as the cattle have eaten most of the beans ,
Maize ground has been mucked and ploughed , nice ground so I have no problem putting the plough in . The rest of my ground unless I can plough early and get a frost tilth then its best to leave the plough in the nettles TBH . This year the marl has not been fit to winter plough so no point forcing the issue
Last edited: Mar 15, 2021

5m pigtail once or twice and drill or pigtail terra disc and drill or heave it up with the bomford superflow then drill or terradisc and drill but sometimes on kind land like ours plough and press can be just as quick and work as a one pass.

I've got some ground that was ploughed September that didn't get drilled because we found some faulty drains and that had layed watterlogged in placed all winter, last week I pulled the pigtail through it deep and it's now drying out well.