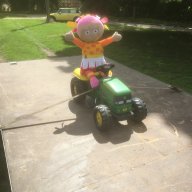 Arable Farmer
Member · 55 · From Next door but three to prince William.

A cow that escaped from her field when rural walkers left a gate open had to be put down after slipping on concrete and injuring herself, local police in the English county of Cheshire have reported.

The incident happened in Shotwick, according to Cheshire Police Rural Crime Team, which has issued a warning on the matter.

Commenting yesterday, Tuesday, August 11, PCSO Makin, of the rural crime team, said: “Today I’ve been to visit a farm in the Shotwick area after the farmer reported a gate being left open multiple times on a footpath that runs through their farm.

This has resulted in cows getting on to the nearby road and slipping on the concrete; sadly...
Click to expand...